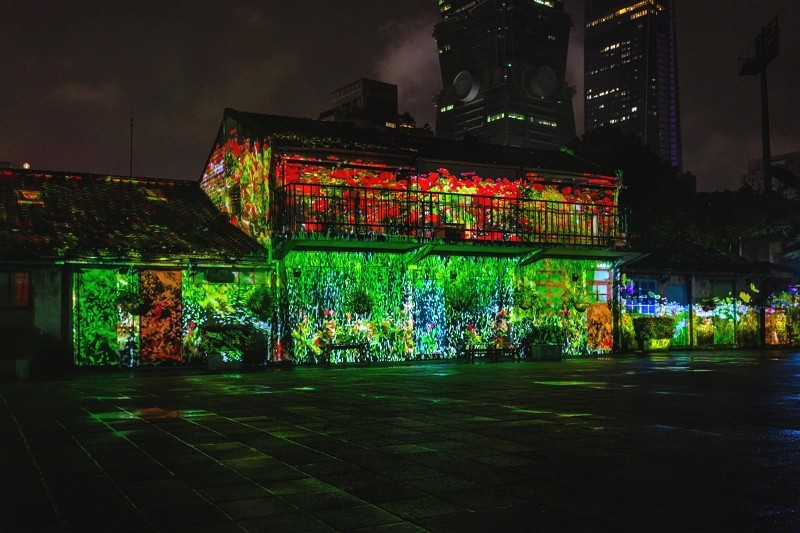 TAIPEI (Taiwan News) — A military dependents’ village in Taipei has been reinvigorated as a light show venue in a project that serves as a prelude to the Taiwan Lantern Festival next year.

Sponsored by Nan Shan Life Insurance Company and organized by Good Cho’s, the project takes place at Four Four South Village (四四南村) — also known as Forty-Four South Village in Xinyi District —adjacent to Taipei 101. Formerly a residential area for military personnel and their families, the location has been renovated and used for multi-purposes.

The historical edifices in the area will transform into a canvas onto which colorful patterns and objects will be projected at night for three years, the longest ever outdoor light display in Taiwan. It has a repertoire of shows to be brought by Taiwanese artists, starting with U.S.-based Ray Sun (孫瑞鴻)’s “44 fragments” that tells the tale of the village daily at 7, 8, and 9 p.m. from Thursday (Feb. 10) for two months, with each session lasting 15 minutes, per CNA.

Taipei Mayor Ko Wen-je (柯文哲) said Four Four South Village is the first such residential area in the capital and that it has emerged as a tourist attraction for its cultural and recreational vibrancy.

It’s also implemented as a pilot program for the 2023 Taiwan Lantern Festival, which returns to Taipei after more than two decades. The lantern feast will boast light spectacles from Taipei 101 to the Sun Yat-sen Memorial Hall, Ko added. 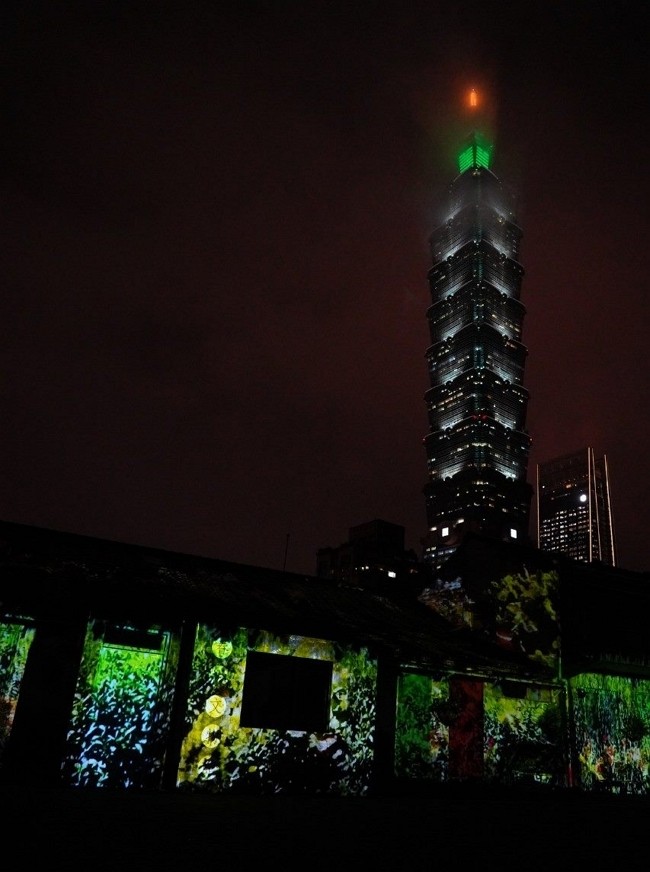