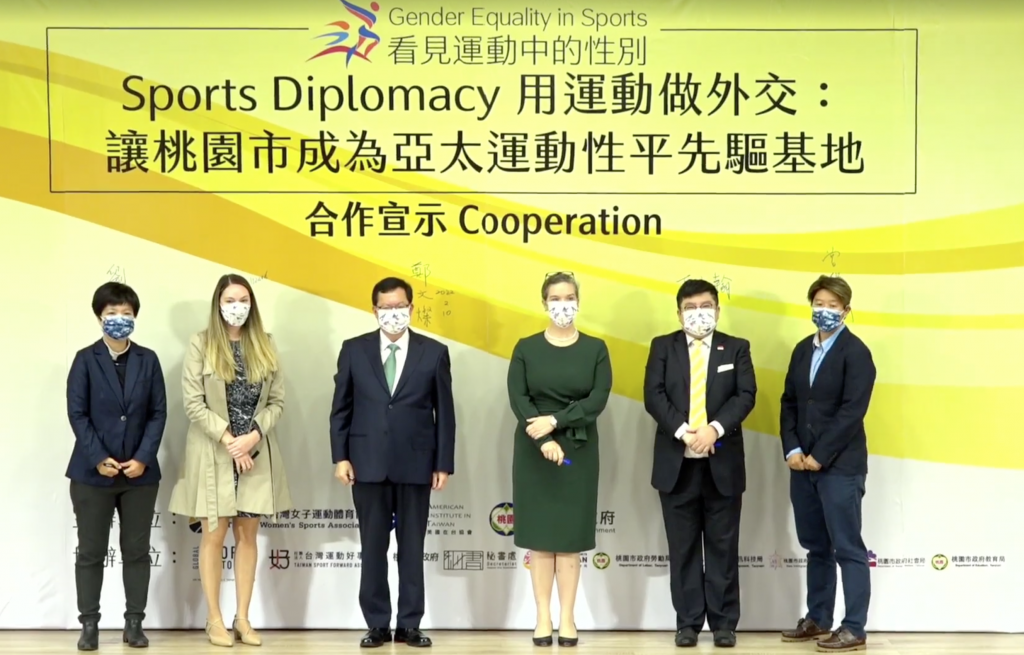 Amid the contested and controversial Winter Olympics in Beijing, the Taoyuan City Government, AIT, and the Taiwan Women’s Sports Association raised the timely topic of gender equality in sports, aiming to make Taoyuan a stronghold for this in the Asia-Pacific region.

In her remarks, Oudkirk noted that this year is the 50th anniversary of the landmark U.S. Title IX law, which empowered girls and women to participate in education and sports without barriers. “Taiwan is, in many ways, at the vanguard of the push for broader human rights worldwide, and efforts like these at the local level help further advance our shared objectives,” Oudkirk said.

The director praised Mayor Cheng's contributions to gender equality in sports and making Taoyuan a welcoming place for immigrants. The city has translated teaching and training materials into seven languages — English, Japanese, Korean, Vietnamese, Indonesian, Thai, and Tagalog — which is “very important to newly arrived residents,” she said.

Cheng pointed out the importance of gender equality and of enhancing it in schools, communities, and various sports. He said that he hopes to promote more sports for girls and women.

“Sports is also an important part of city diplomacy,” the mayor stressed, citing as an example that AIT directors have been invited to throw the ceremonial first pitch at Taiwanese baseball games.