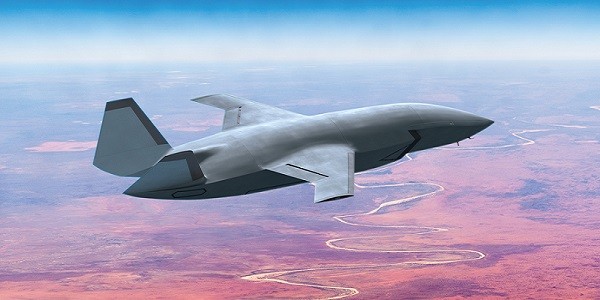 TAIPEI (Taiwan News) — Recent war games reveal Australia's air force will need to expand the combat range of its top fighters if it is to help defend Taiwan from an invasion by China.

The combat radius of Australia’s F-35s likely varies between 500 and around 1,000 kilometers during an actual conflict scenario, according to an in-depth report by the Sydney Morning Herald. Even if taking off from Australia’s most northerly airbases, that still puts the fifth generation jets out of range of both the Taiwan Strait and the South China Sea.

The report suggests the Australian government may pursue two possible solutions to this problem: fitting F-35s with the Long Range Anti-Ship Missile (LRASM) or investing in sixth-generation aircraft with new capabilities.

One senior expert at Canberra-based think tank the Australian Strategic Policy Institute (ASPI) believes Australia should lean toward the latter. Malcolm Davis says his country is at a “strategic inflection point” and needs to accelerate its “capability acquisition process” to meet the needs of a major war in the 2020s.

Rather than settle for more F-35s, Davis suggests Australia should get an edge through more futuristic platforms and join the U.S. Air Force’s Next Generation Air Dominance program.

Investment in unmanned fighter drones is also in the cards. Boeing Australia has already developed two combat drones that can go further than many aircraft, with another two designs in the pipeline.

In a 2020 Taiwan war simulation, Australian-made “Loyal Wingman” drones broke into Chinese air space and, alongside anticipated sixth-gen fighters, provided sensor data and backup firepower to pilots which helped turn the tide of the battle and stopped the People's Liberation Army from taking over Taiwan. Davis says Australia now needs to dramatically scale up its Loyal Wingman squadron to over 100 units.

With the U.S. building a massive refueling station in Darwin, the strategic importance of northern Australia to Taiwan’s security continues to grow. The ability of Australia and its allies to project military power northward may become a deciding factor in a future war in the Taiwan Strait.

ASPI Director Peter Jennings calls the country’s far north “the essential southern rampart of the Indo-Pacific” and calls for British, Japanese, and Indian forces to have a presence there alongside the U.S. Marine Corps, which has been in the area for 10 years. Australia’s Defense Minister Peter Dutton said last year it would be “unconceivable” that his country would not be involved in a U.S.-led effort to defend Taiwan from a Chinese invasion.