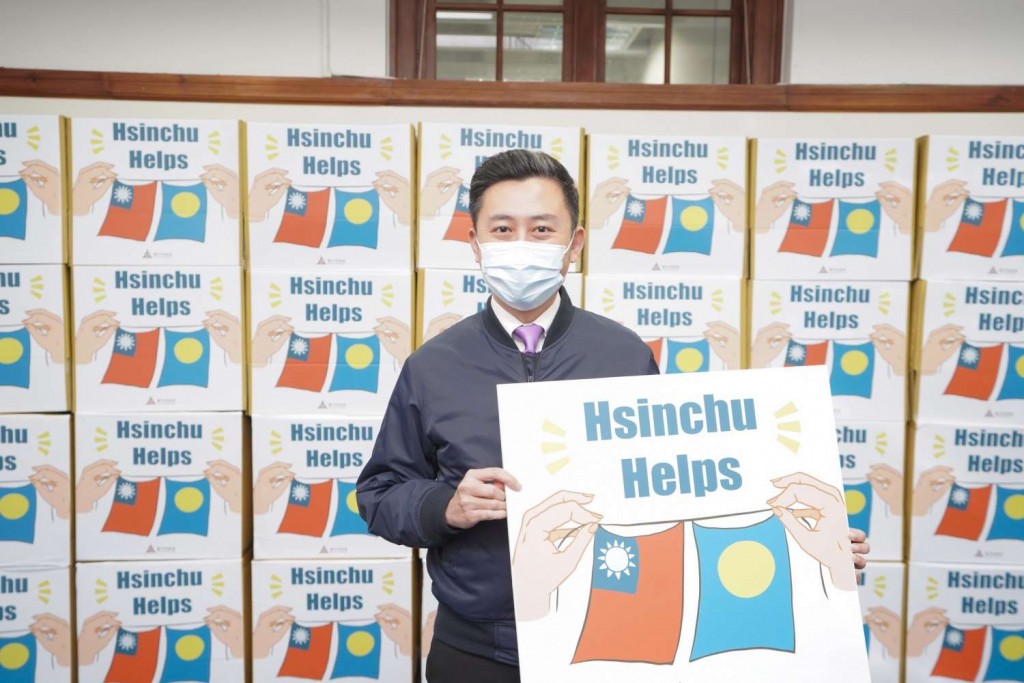 The masks were sent to the Palau embassy in Taiwan and will be transported to Palau in the near future, according to a Hsinchu City Government press release.

Lin said Hsinchu and Airai State will have been sister cities for 11 years in April. Bilateral exchanges have been affected due to the pandemic, he said, but by sharing medical supplies, Hsinchu can contribute to the health of Airai residents and hopefully help them get through it.

The mayor pointed out that Palau President Surangel Whipps Jr. spoke at the World Health Assembly in May advocating Taiwan’s inclusion, calling on the World Health Organization to cooperate with global partners, and stressing human life should not be sacrificed by political boundaries.

The Hsinchu Civil Affairs Office said that since the establishment of diplomatic relations between Taiwan and Palau, the two sides have had “profound exchanges” in medical care, agriculture, fishery, and tourism. The office said it hopes the donation demonstrates the humanitarian spirit of Taiwanese in the global fight against the pandemic.