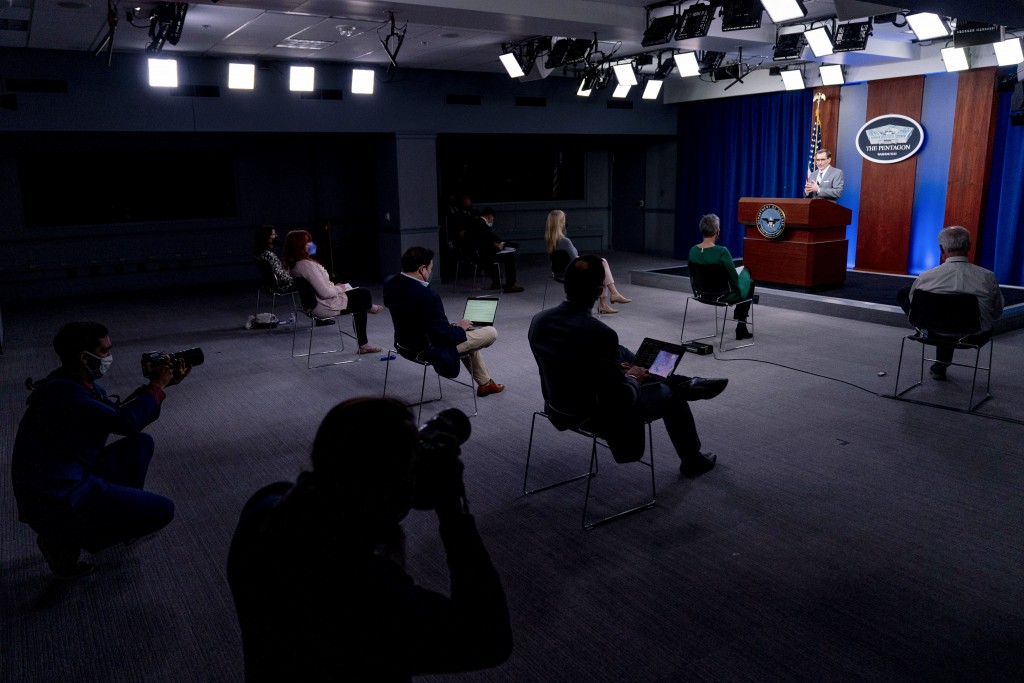 WASHINGTON (AP) — Reporters covering the Pentagon and U.S. military are protesting what they say is a refusal to allow access to the approximately 3,000 U.S. troops being deployed in Europe in response to rising tensions between Russia and Ukraine.

Pentagon reporters say they have been denied opportunities to interview or embed with the newly arriving troops, who are being sent to Poland, Romania and Germany as a gesture of reassurance to NATO allies in the face of a potential Russian invasion of Ukraine, which is not a NATO ally. The journalists say such blanket restrictions are rare during peacetime and unusual even in active warzones.

Russia has amassed some 100,000 troops on the borders of Ukraine, some for joint military exercises in Belarus, but insists it has no intentions of invading Ukraine. President Joe Biden has ordered additional U.S. troops deployed to Poland, Romania and Germany. Poland borders both Russia and Ukraine, while Romania borders Ukraine. There are no plans to send U.S. combat troops to Ukraine.

The Pentagon Press Association, representing nearly 100 journalists who cover the Department of Defense, says the Biden administration has essentially banned access to the newly deployed rank-and-file soldiers in Europe. The group appealed to the Biden administration in a letter Wednesday addressed to Defense Secretary Lloyd Austin and national security adviser Jake Sullivan.

The letter describes the denial of media access as “contrary to the basic principle of press freedom,” and asks the Biden administration to reverse course.

"It is a disservice to an American public in whose name these troops are deploying abroad, and it runs counter to President Biden’s pledges of transparency," the letter states. “The public in a democratic society deserves independent media coverage of their sons and daughters in uniform, and that cannot be provided today without first-hand, on-the-ground reporting of troop activities in Europe.”

“Restricting access to U.S. troops in Europe during a period of intense global interest is a disservice to the public, who rely on independent journalists to report what is actually happening on the ground,” AP spokeswoman Lauren Easton said in a statement.

Pentagon press secretary John Kirby on Wednesday said decisions about limitations on coverage are part of a broader U.S. government strategy for managing the Ukraine crisis on the “geo-political stage” in search of a diplomatic solution.

“Any decision to provide media access to our troops, whether it’s in an operational environment or a training environment, is a decision that we take seriously,” Kirby said. “We’re just not at a point now where we are able to provide that kind of access.”

Kirby noted that it's a sensitive moment diplomatically as the U.S. and its allies try to prevent a Russian invasion.