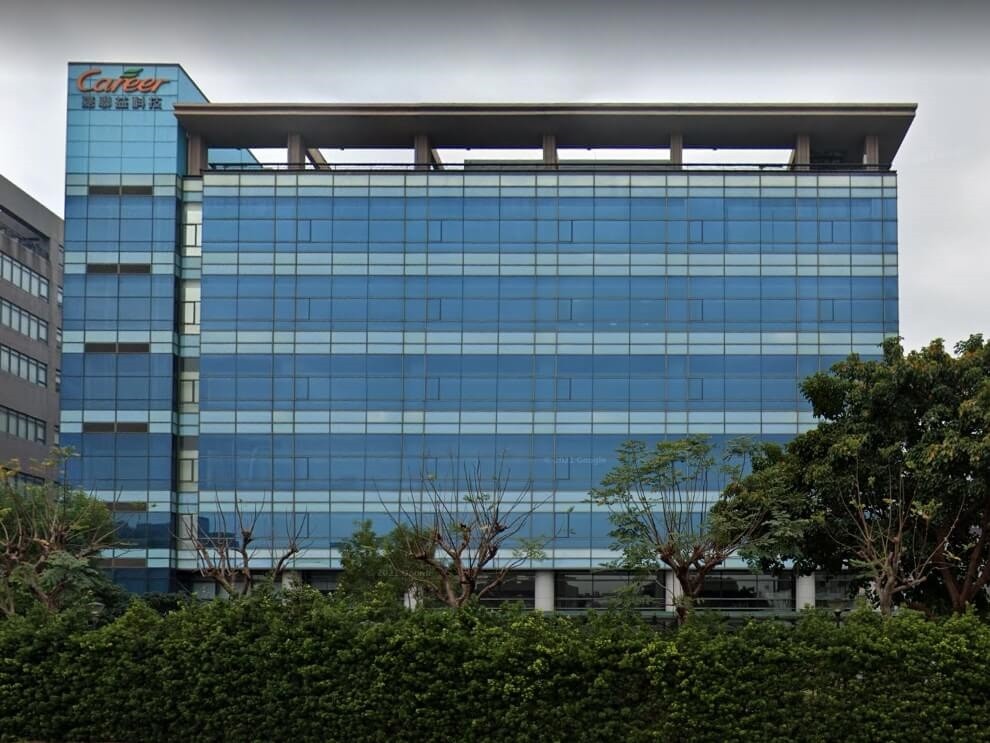 In a notice, Career Technology stated that the employee worked on the second floor of its factory in New Taipei's Shulin District.

The New Taipei City Government Department of Health stated that after the worker had begun to experience symptoms of the virus, they underwent a COVID test, which came back positive. The health department added that an epidemiological investigation is underway and that contacts are being tested.

The firm announced that the factory would be closed from noon on Wednesday to 7 a.m. on Thursday (Feb. 9) and be fully disinfected as soon as possible.

During a press conference that afternoon, CECC head Chen Shih-chung (陳時中) announced that a migrant worker at a New Taipei City factory had sought medical attention and been diagnosed with COVID after experiencing symptoms on the first day of work after the Lunar New Year holiday.

He said that a case number has not yet been assigned to the individual. The CECC has directed the local health department to test 150 coworkers, including those from the dormitory where the case lives. 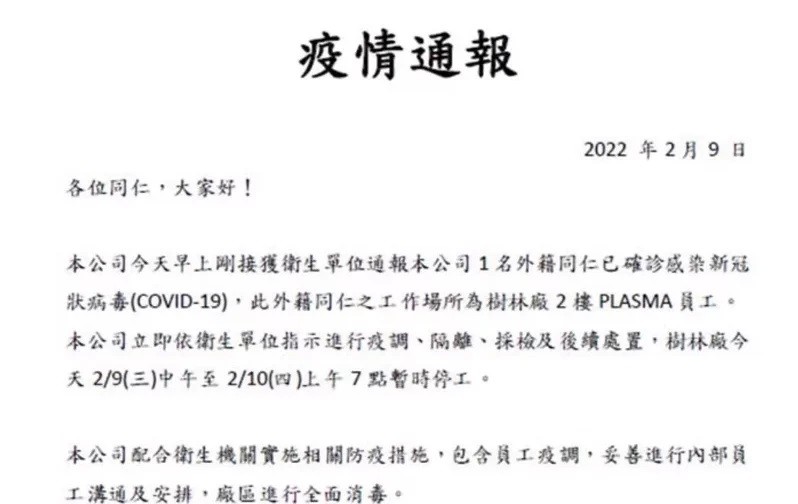