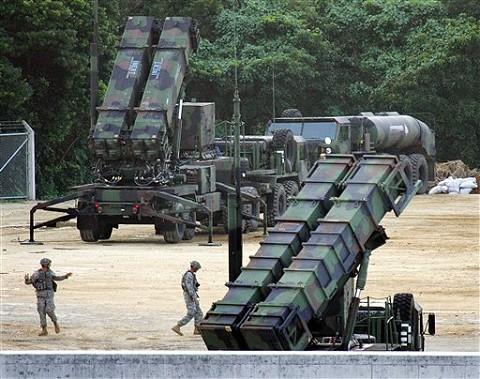 TAIPEI (Taiwan News) — The Presidential Office expressed gratitude to the U.S. following the State Department’s approval of a possible sale of hardware and maintenance services for Taiwan’s arsenal of Patriot missiles.

Presidential Office Spokesperson Xavier Chang (張惇涵) said Taiwan thanks the U.S. for “taking concrete actions” to meet its security commitments stipulated in the Taiwan Relations Act and the Six Assurances, according to a Presidential Office press release.

Chang said that this is the second weapons sale since President Biden took office and the first arms deal this year. “It not only demonstrates the significance the U.S. government continues to place on Taiwan's defense capabilities but also shows the rock-solid Taiwan-US partnership,” he said.

The spokesperson emphasized that Taiwan's consistent position is to neither be the aggressor when it has support nor bow to pressure.

“Taiwan will continue to improve its defense capabilities and continue to deepen security partnerships with like-minded countries including the U.S., in order to safeguard national security, and jointly maintain peace, stability, prosperity, and development in the Taiwan Strait and the Indo-Pacific,” he said.

The arms deal will cost an estimated US$100 million (NT$2.78 billion) according to the Defense Security Cooperation Agency.