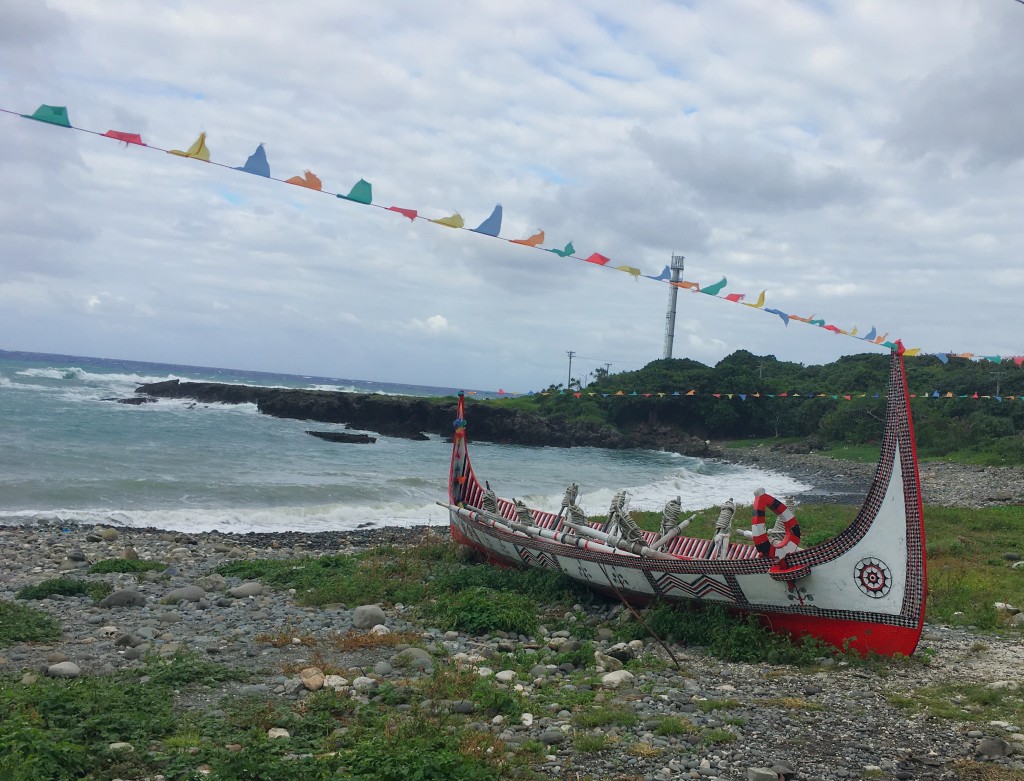 Though Taiwan's recent four-question referendum has ended, the lasting pollution of nuclear power plants has not — and one of the most immoral policies that remains, a legacy of the Chiang family’s authoritarian rule that remains a “devil,” has also gradually been forgotten by the Taiwanese.

Though designed to store 550,000 drums of nuclear waste, the facility stopped accepting new drums after having received 97,672 between 1982 and 1996. This was due to the “Chase Away the Devil” movement that began in 1988. After years of protests, Taipower was made to promise locals that all of the existing nuclear waste at the site would be removed from the island by Dec. 31, 2002.

However, Taipower went back on its word with the excuse that it “has yet to find a suitable new storage location.” The “devil” remains.

In the 1970s, the authoritarian government planned to dump nuclear waste into a 6,000-meter-deep oceanic trench southeast of Taiwan, near the Philippines. If Taiwan had acted upon this horrific idea, it would have brought ruin upon itself.

Lanyu, or Orchid Island, is Taiwan’s second-largest outlying island, inhabited by the Indigenous Ta-u. Ta-u author and anti-nuclear waste activist Syaman Rabongan recently published a Chinese-language book titled “I Long To Be a Fish’s Scale in That Ocean.” In it, he recalls that on Feb. 20, 1988, his people began the Chase Away the Devil movement, initiating a fight against the Taiwanese government and Taipower’s nuclear waste colonization.

According to Syaman Rabongan, the name of the movement was born in January 1988 in the office of “Mortal World” magazine on Taipei’s Anhe Road. It was jointly thought up by the magazine’s founder, renowned author Chen Ying-zhen (陳映真), and writers.

Yet the devil that needed chasing away was not just limited to nuclear waste — even the term “Lanyu” disregards the Ta-u’s own name for their homeland, “Pongso no Ta-u,” which means “the island of humans.” From “island of humans” to “island of orchids,” the name of the island reflects the Han Chinese colonial mindset.

This criticism is a statement on how twisted it is that colonial capitalism sees natural resources that are ripe for the picking and to be price-tagged, yet not the value of people. As long as the island bears the name of “Lanyu,” the shame of being ruled by Han colonizers persists.

Syaman Rabongan’s frustration is the same as the broader Taiwanese public’s when the Chinese Communist Party (CCP) abuses Taiwan, treating it as its subject and disrespecting its identity and autonomy.

The Ta-u identity is not diminished by the name “Lanyu” alone. The names of the island’s Indigenous cultural landmarks are also rife with Han colonialism. Syaman Rabongan offers many examples in his book.

For the Ta-u, jimavonot (rock that stands with resilience) stands for the moral merit of children easing tensions when their parents fight. The rock’s name was dubbed the “Pure Lady” (玉女岩) in Chinese, or as Japanese tourists call it, the “female genitalia.”

Jimacingeh, or “rock with a waistline,” was renamed “Alligator Rock” (鱷魚岩); jimazicing, or “rock at the end of the island,” was renamed the “Dragon Head” (龍頭岩), losing its description as a navigational marker that signals the change in direction of the seasonal current and shift between calm and rough waters.

Jimalacip (renamed the “Elephant’s Trunk,” 象鼻岩), jipanatosan (renamed the “Two Lions,” 雙獅岩), and jipaneitayan (“the Tank,” 坦克岩) also lost their cultural meanings as triangular navigation markers for fishermen.Pinadun no vahawu describes “a rock piled up by ants,” but the name was forcibly changed to “Helmet Rock” (鋼盔岩) in Chinese.

The cultural bullying in the form of the Chinese language infuriates Syaman Rabongan. As people of the sea, his ancestors infused their wisdom into the names of the landmarks around the island, which were given according to the currents, wind direction, and fish schools; now, none of them are called by their Ta-u names.

“It is as though the Ta-u were never in charge of this island from past to present,” Syaman Rabongan wrote. This is a “negation of the millennium-long history the Ta-u built on the island and of completeness of the Ta-u’s history.”

In his book, Syaman Rabongan demanded that all these names be restored. A government that calls for “localization” must not see only the Taiwanese being bullied by China and overlook the pain of Indigenous people that also live here.