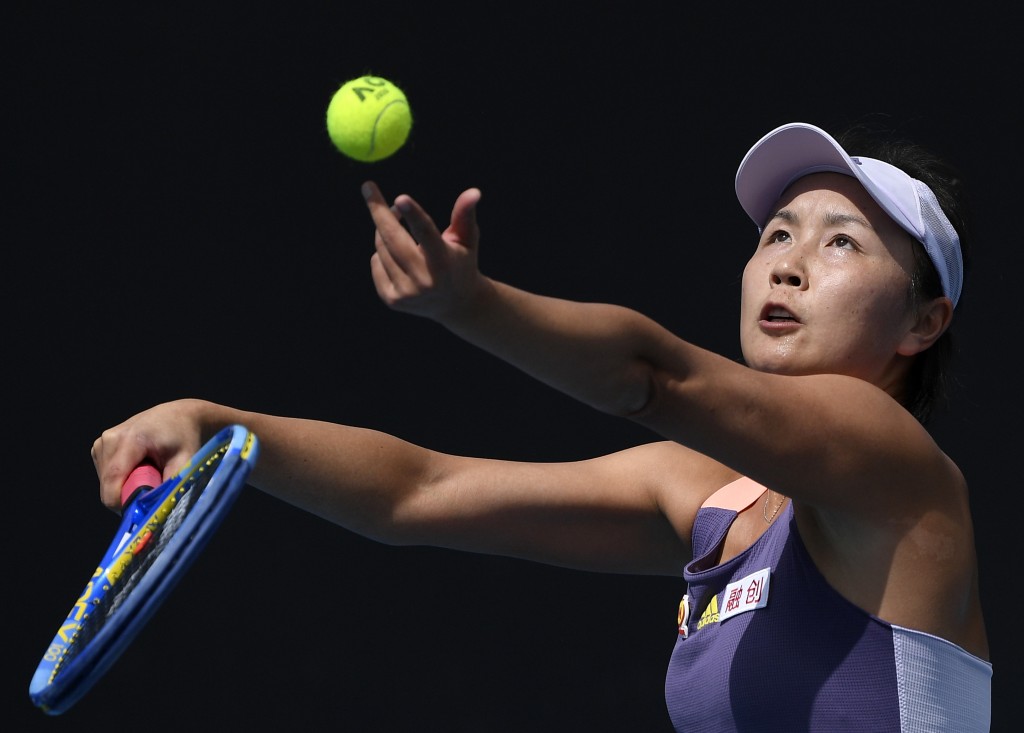 BEIJING (AP) — The question that won't go away for the International Olympic Committee and Beijing Olympic organizers: Where is Peng Shuai?

And the corollary: When and where will the three-time Olympian and former No. 1-ranked tennis doubles player meet with IOC President Thomas Bach?

Bach has promised to have dinner with her during his stay in the Chinese capital.

Peng's accusations of sexual assault against former vice premier Zhang Gaoli, once a member of the all-powerful Politburo Standing Committee, were scrubbed almost immediately from the internet in China when they appeared three months ago.

Peng is absent from the news headlines in China, but the IOC got two questions about her at Sunday's Olympic daily briefing. Both came from western news outlets.

“It's a very delicate situation,” IOC spokesman Mark Adams said, who then offered no details on where or when the meeting might take place, nor did he say how it might be arranged.

Bach is one of the few people outside China to have spoken with Peng. The IOC has shared very little, except to say that she is living in Beijing, and able to “move freely."

Bach acknowledged last week that “we will know better about her physical integrity and about her mental state when we can finally meet in person.”

Chinese media have reported on several of Peng's appearances in China. She also did an interview with a Chinese-language daily from Singapore that raised questions about its authenticity.

“We’ve always said that there would be a meeting here and that has not changed,” Adams said. “In terms of details, you’ll appreciate that we’re not going to release details though the media of that meeting.”

Some reports say Peng is inside the “bubble” at the Olympics and could appear with Bach at a medal ceremony.

“We also want to respect her right to what she wants to say — and when she says it,” Adams said. “For the time being, that's all I can tell you.”