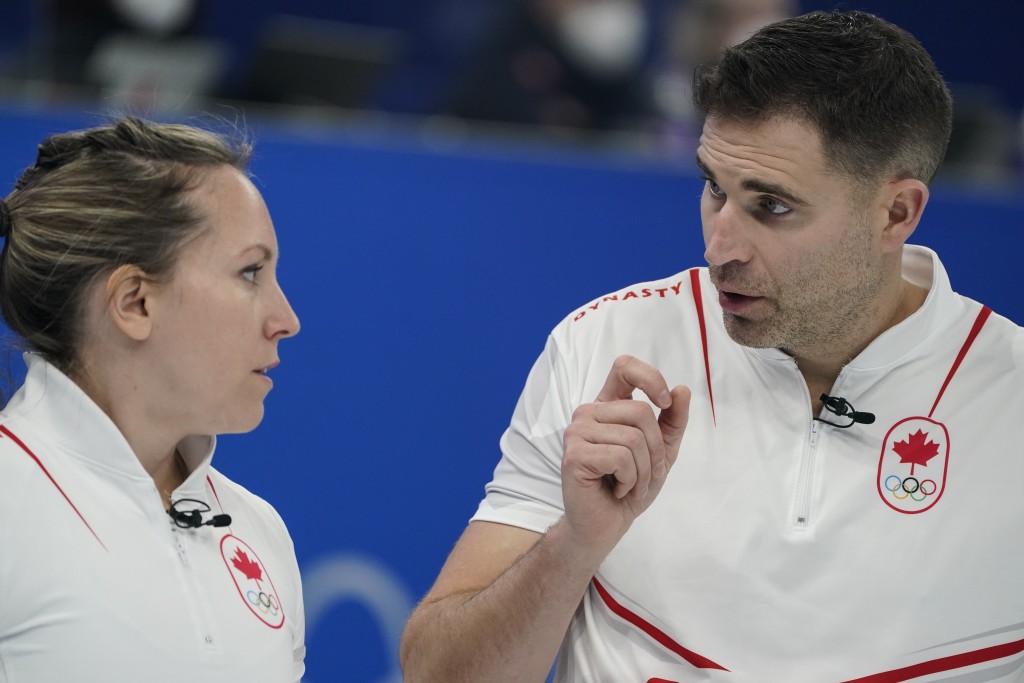 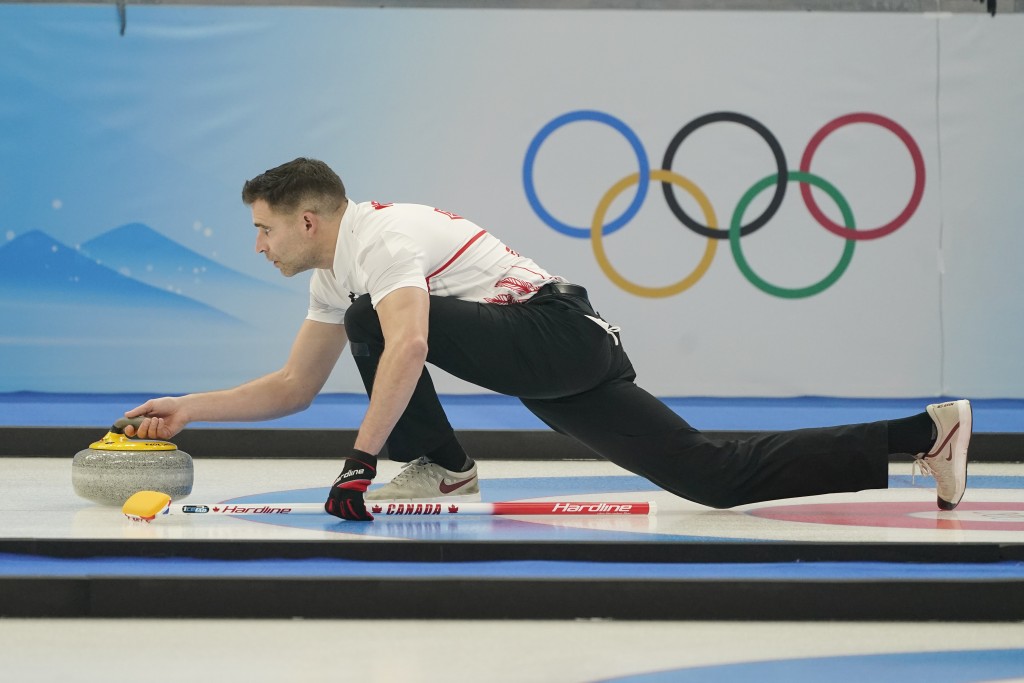 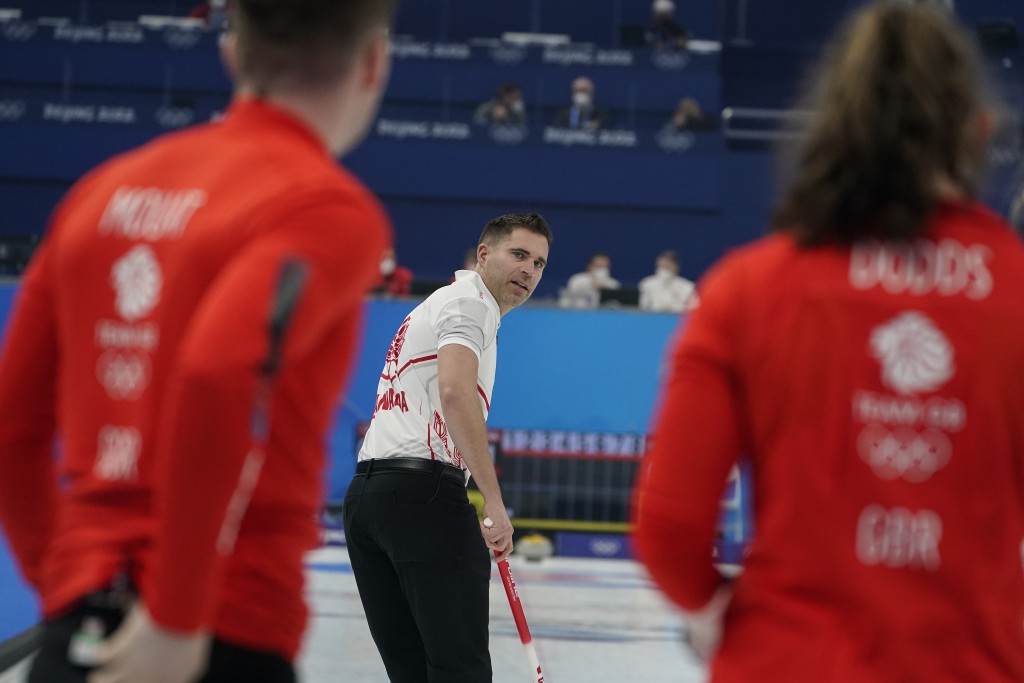 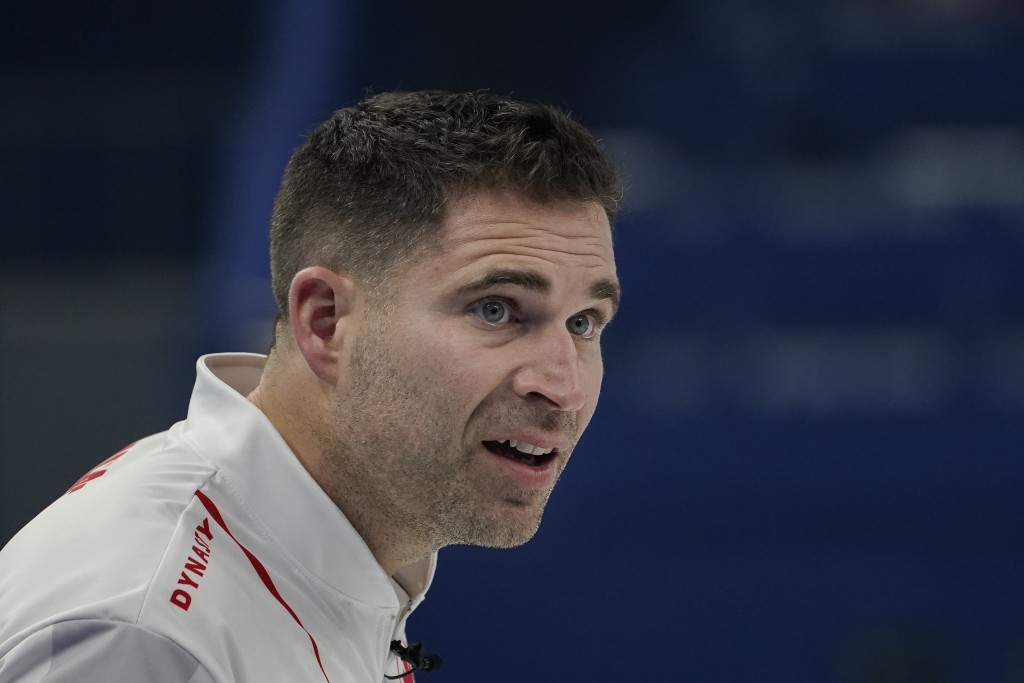 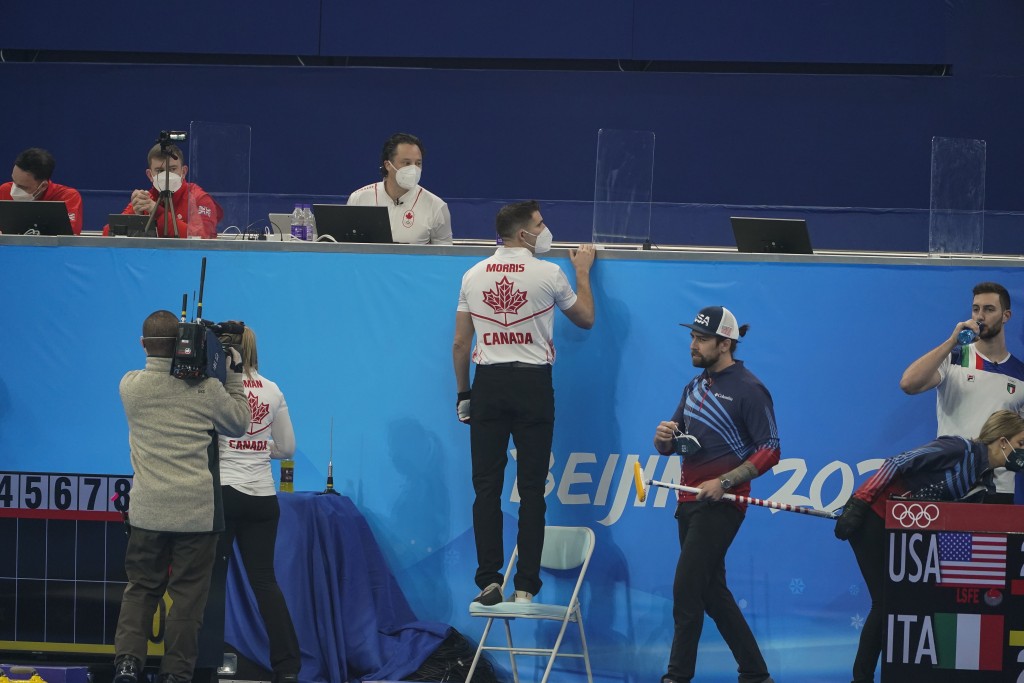 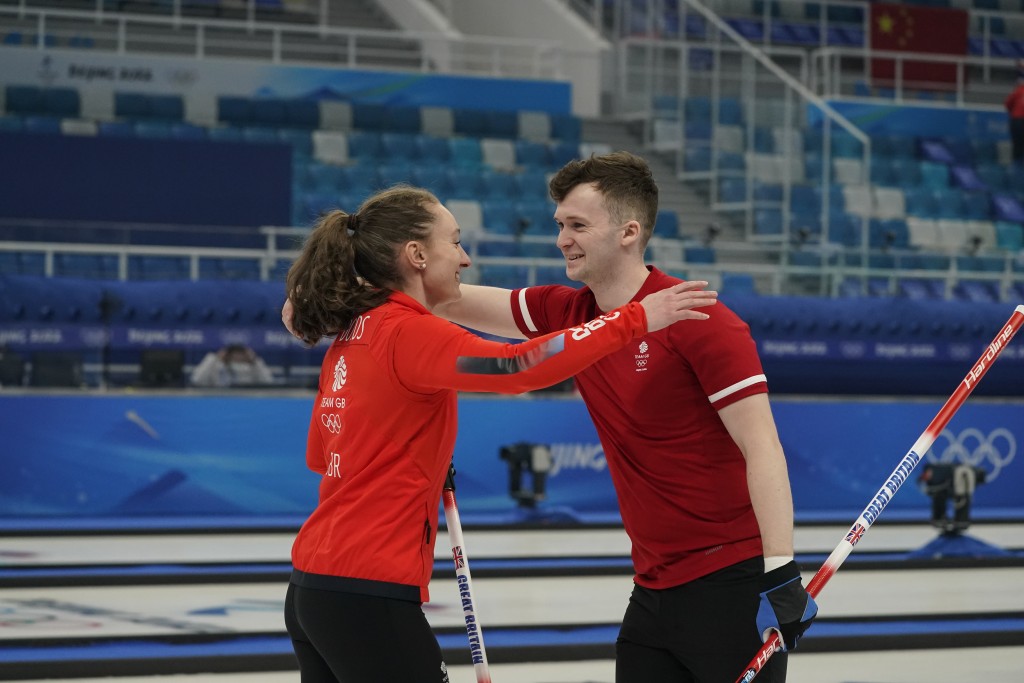 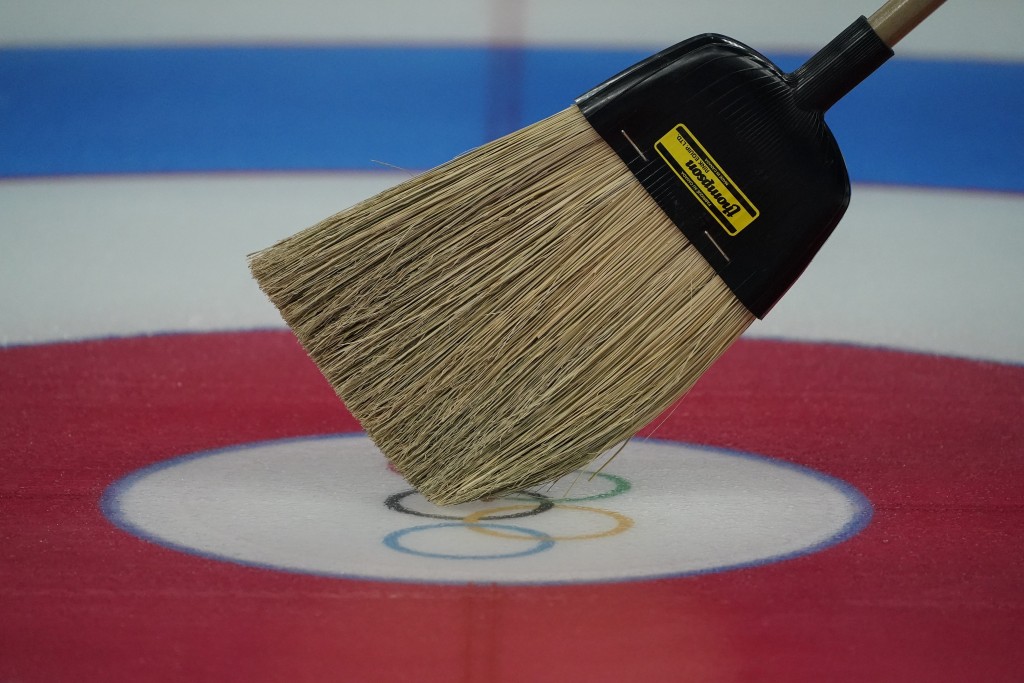 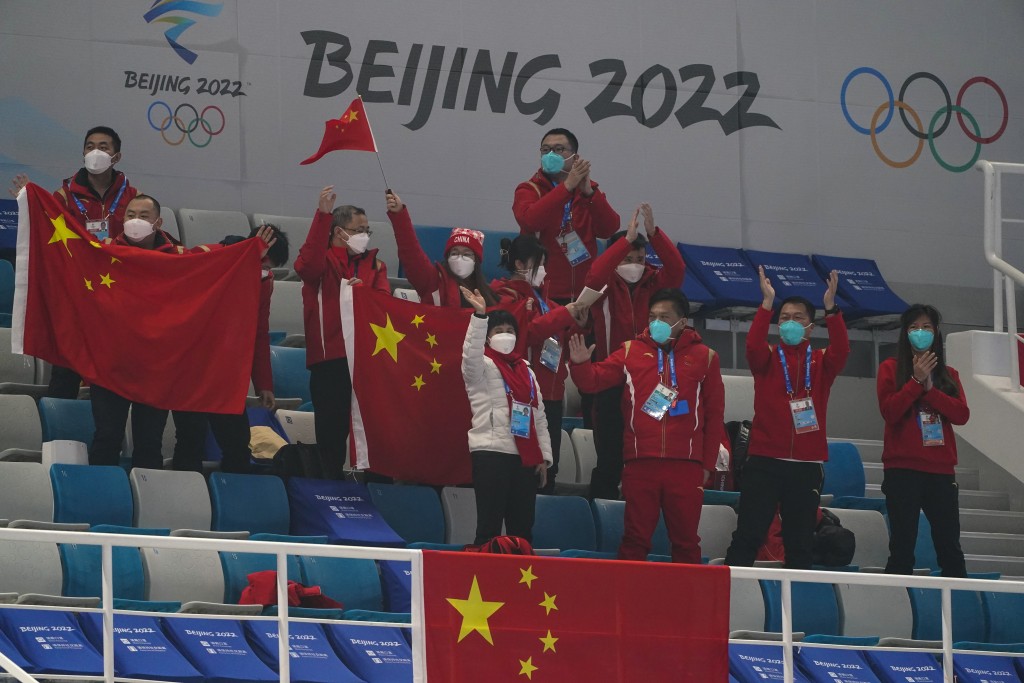 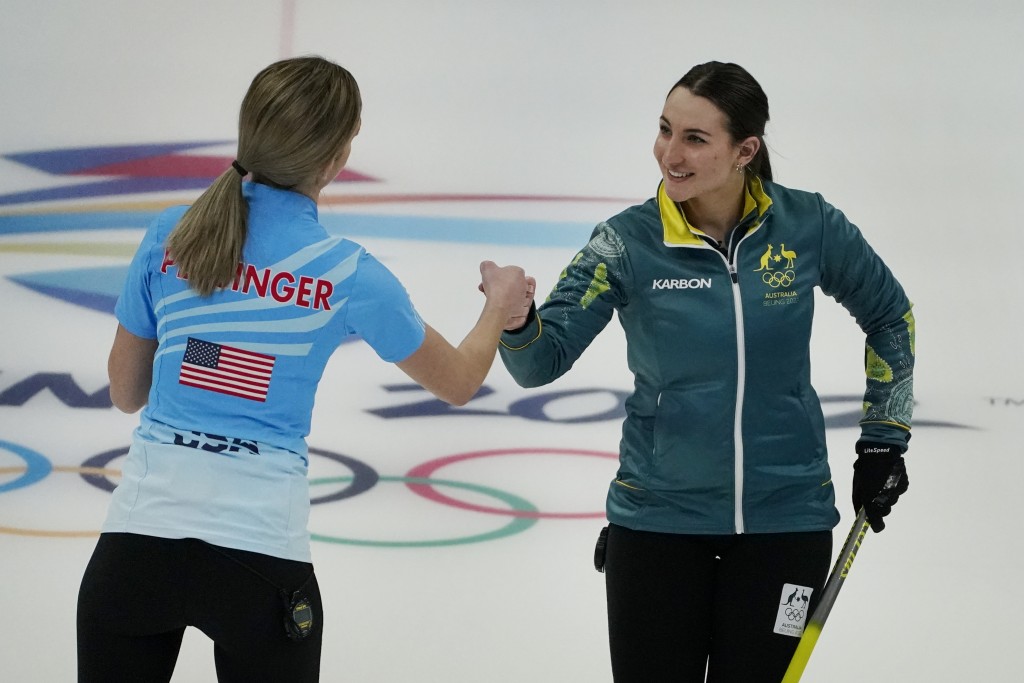 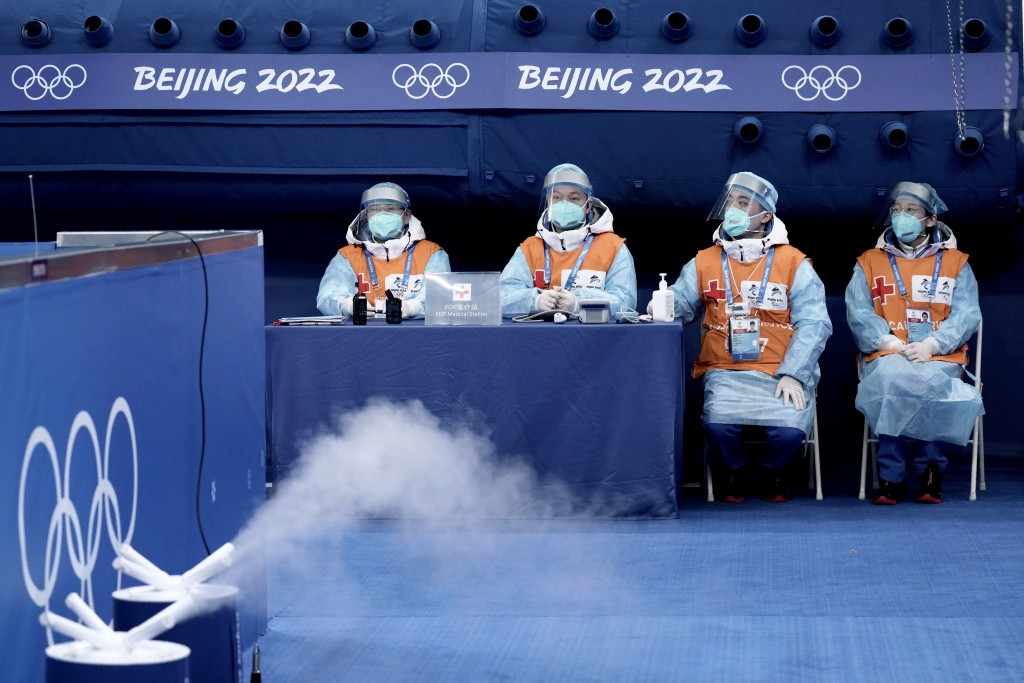 There is a photograph from the 2018 Pyeongchang Olympics that captured curling fans’ hearts worldwide. In it, Canadian curler John Morris and American rival Matt Hamilton sit side by side, arms draped around each others’ shoulders, grinning faces inches apart, beer cans mid-clink.

It was a moment that perfectly captured the spirit of curling, a sport best known for its sweeping but perhaps best loved for its socializing. Yet it is a moment that will likely be impossible to repeat in the socially distanced world of the Beijing Games.

“One of the things I love about curling is being able to curl against my friends and then enjoy a weekend or a week around them, as well as playing cards and having a beer,” said Morris, who won the gold medal in mixed doubles in Pyeongchang and is hoping to do the same in Beijing. “That’s the best part of curling. On the ice is great, and that accomplishes my competitive drive, but the actual going to cool places, playing with and against your friends — that’s been really hard.”

Of all of COVID-19’s cruelties, the necessity of distance has caused particular angst throughout the curling community. This is a sport built around closeness, from the pregame handshakes between opponents, to the postgame drinking sessions, in which the winners typically buy the losers a round. That tradition, dubbed “broomstacking” for the original practice of opponents stacking their brooms in front of a fire after a game and sharing a drink, all but vanished after the coronavirus emerged.

Curling competitions were canceled. Ice rinks where the athletes trained were shut down. And curlers, like much of the world, were forced into isolation.

The Beijing Games are taking place inside an accommodation and transport bubble that is cut off from the rest of the city. The International Olympic Committee’s playbook warns athletes to stay at least 2 meters (6 feet) apart except during competition and to minimize any physical interactions “such as hugs, high-fives and handshakes” — common sights at curling matches. The stakes for slip-ups are huge; those who test positive are sent to quarantine and could miss their event altogether.

“All that’s gone away, and that’s a real challenge,” said Hugh Millikin, a vice president with the World Curling Federation. “You touch fists or elbows, but it’s just not the same and it doesn’t necessarily get you that connection with your opposition which is really the cornerstone of what curling’s about. I certainly have worries about how soon we can get back to it.”

On the ice, the coronavirus also forced changes, Millikin said. Training sessions were adjusted to limit the number of sweepers to one at a time, instead of the usual two. While curlers typically cluster around the house — the bullseye-shaped target at the end of the ice sheet — they had to stand apart. And some curling clubs required players to practice in masks, which is difficult given the vigorous sweeping and frequent shouting the game requires, Millikin said.

The closure of ice rinks forced many curlers to come up with creative training solutions. Two-time Canadian women’s curling champion Kerri Einarson practiced on a homemade rink on Lake Winnipeg, a throwback to curling’s conception 500 years ago on the frozen ponds of Scotland. Einarson’s father and a neighbor cleared a patch of ice on the lake’s surface and drilled in a chunk of wood to serve as a hack, the block that curlers push off from before gliding down the ice.

Pandemic-related store closures meant there was nowhere to buy paint, so they were unable to mark the ice with a target. Still, the experience proved cathartic for Einarson, who struggled with the lack of socializing.

“We couldn’t even celebrate wins with anyone after we were in the bubble,” she said. “It didn’t really feel like winning, which is tough. Even afterwards when you get home, you couldn’t even go and celebrate with your friends and family. It didn’t feel like curling at all.”

For the U.S. Olympic curling teams, the cancellation of crucial competitions was the biggest stressor, said Dean Gemmell, director of curling development at USA Curling. For long stretches, all they could do was practice, and even that was tough. Players from Minnesota and Wisconsin had to travel long distances to find open rinks, on top of juggling their jobs and families.

The teams engaged in scrimmages with each other, but those don’t prepare players for the Olympics the way real competitions do, Gemmell said.

“A big part is just learning how to control your emotions in events that matter,” he said.

Yet despite the yearning many curlers feel for their sport’s beer-sharing days of yore, curling’s social aspect is precisely what makes it so risky during a pandemic. A study last year by Canadian doctors who played in a curling tournament that suffered a COVID-19 outbreak found a key transmission route appeared to have occurred off the ice, at the curlers’ buffet lunches. Of the 18 teams participating, only one team avoided contracting the virus — and that was the team that shunned the lunches and other social events.

COVID-19 nearly derailed the dreams of Tahli Gill, a member of Australia’s first curling team to make it to the Olympics. On Sunday, the Australian Olympic Committee announced Gill and her teammate were being forced to withdraw after Gill, who had the coronavirus before the Games, returned a series of positive tests. But later in the day, the committee said the medical expert panel had determined Gill’s levels fell within an acceptable range, and the Australians were allowed to compete, going on to win their first game of the Olympics against Switzerland.

Before heading to Beijing, Gill said she and many other curlers were just grateful that some competitions were eventually able to go ahead but that the isolation had taken a toll.

“Curling is such a family,” she said. “It’s slowly getting back to the new normal, I guess. I don’t know if it will ever be the same again.”