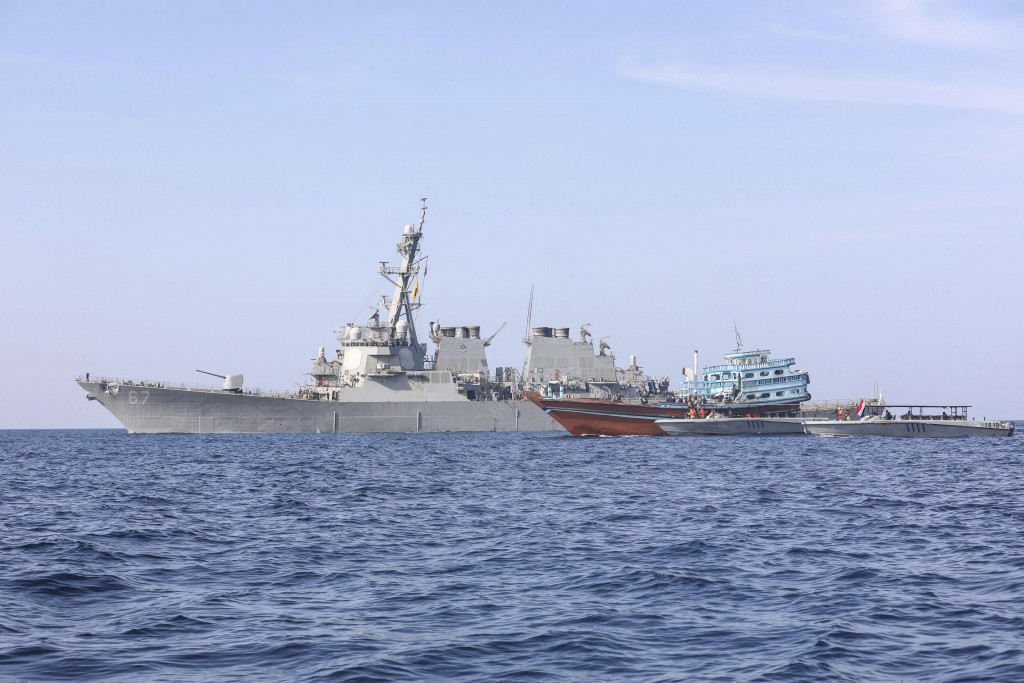 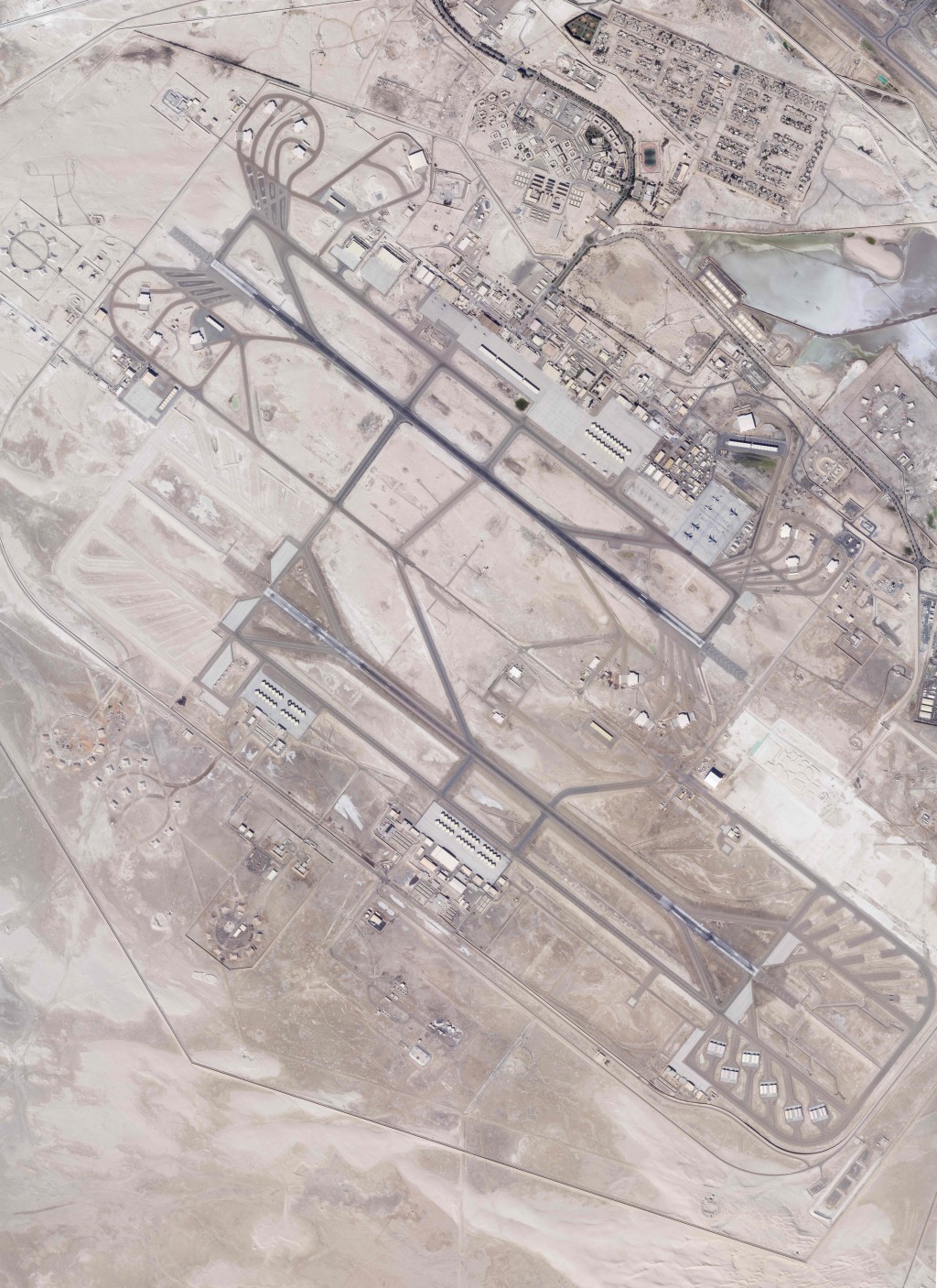 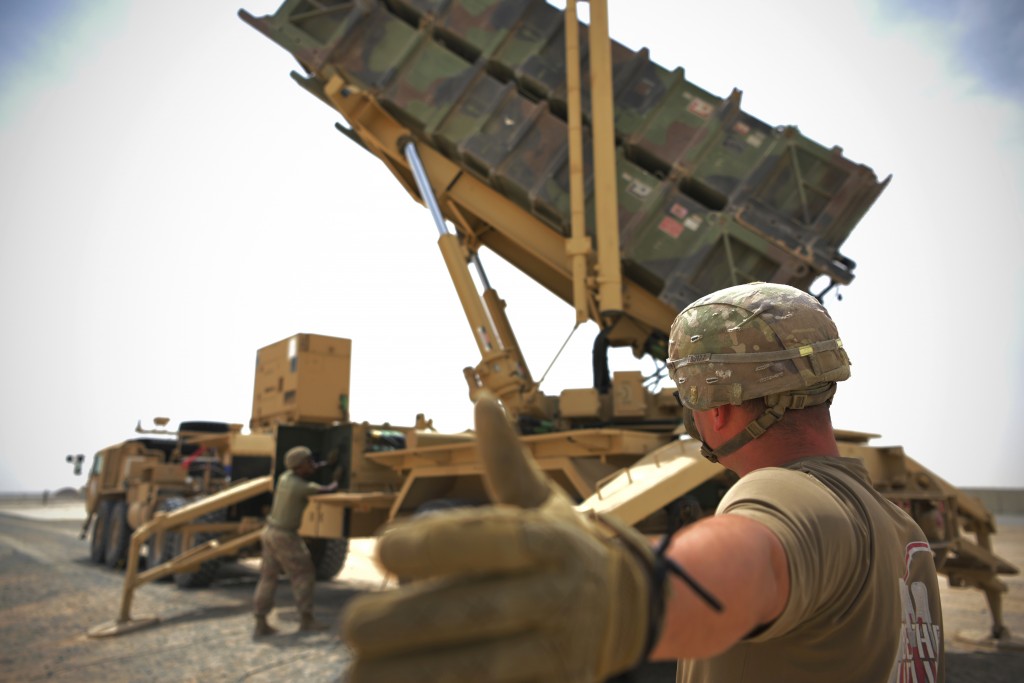 Yemen's Houthi rebels have launched missile and drone attacks since January targeting the Emirates, a federation of seven sheikhdoms home to oil-rich Abu Dhabi and the skyscrapers and beaches of Dubai. American forces at Al-Dhafra Air Base in Abu Dhabi, home to some 2,000 U.S. troops, twice have opened fire with their own Patriot missiles to help intercept the air assaults by the Iranian-backed Houthis.

The two incidents represent the first time since 2003 that the U.S. has fired the Patriot in combat — a nearly 20-year span. It also comes after the Biden administration's chaotic withdrawal from Afghanistan and its declared end to the American combat mission in Iraq.

Though overshadowed by the Ukraine crisis, the U.S. now says it is committing more advanced fighter jets to the Emirates, as well as sending the USS Cole on a mission there. This spillover of Yemen's yearslong war into the UAE puts American troops in the crosshairs of the Houthi attacks — and raises the risk of a regional escalation at a crucial moment of talks in Vienna to potentially restore Iran's nuclear deal with world powers.

The Emirates since its founding in 1971 has been an otherwise safe corner of the Mideast. During the bloody 1980s war between Iran and Iraq, Dubai's massive Jebel Ali port repaired ships damaged in the so-called Tanker War. The 1991 Gulf War saw Kuwaitis flee into the Emirates and gave birth to the close military ties America has with the country today.

The wars in Afghanistan and Iraq that followed again saw Dubai take in the money and families of wealthy émigrés. But the Emirates always seemed to remain out of bounds amid its neighbors' wars. Part of that came from the centrist foreign policy of its founders whose oil wealth built cities from the sand, the other from its economic importance. Dubai, for instance, has been a major trade outlet for Iran even as it faced cycles of international sanctions.

Under Sheikh Mohammed bin Zayed Al Nahyan, Abu Dhabi's crown prince and the country's de facto ruler since 2014, the Emirates has taken a much more muscular approach. Nowhere is that more evident than in Yemen, where it joined a Saudi-led coalition in 2015 in support of the country's exiled government against the Houthis.

It largely withdrew its ground forces from the conflict in 2019 as the war stalemated and the coalition faced widespread international criticism for airstrikes killing civilians. But in recent weeks, Emirati-backed Yemeni militias made major advances in the war, sparking the Houthi counterattacks deep into the Emirates.

Now, wedged between sunny commodities reports and morning banter, state-owned Dubai talk radio opens newscasts with the latest attacks. A new message in some commercial segments urges the public not to share “rumors” — a reminder of how this autocratic nation that already tightly restricts speech has criminalized sharing any videos showing an attack or missile interception.

The U.S. State Department has urged Americans to “reconsider travel due to the threat of missile or drone attacks.” The British Foreign Office starkly warned Wednesday that “further attacks are very likely.” France meanwhile will send Rafale fighter jets based in the UAE on “surveillance, detection and interception missions if necessary,” French ambassador Xavier Chatel said.

Yet bars and hotels in Dubai remain busy as the city-state welcomes travelers and business after conducting a major vaccination campaign amid the coronavirus pandemic.

But keeping business going requires the UAE to remain safe for all. State-linked media has praised the country's armed forces and air defense corps. And the Emirates has invested heavily in that defense. It uses both the Patriot missile and the Terminal High Altitude Area Defense, or THAAD, which it acquired at a cost of over $1 billion.

The Emirates used the THAAD in two interceptions, the first time the system has ever been fired in combat, said Gen. Frank McKenzie, the head of the U.S. military's Central Command. The U.S. announced a possible $65 million sale of parts for HAWK, Patriot and THAAD missile systems to the UAE on Thursday.

However, the Patriot missiles visible on the outskirts of Dubai simply have pointed north for years toward Iran, seen by Sheikh Mohammed as its greatest threat. The attacks from the Houthis have come from the southwest. And on Wednesday, the UAE’s military acknowledged intercepting drones claimed to have been launched by a shadowy group that earlier conducted an attack targeting a palace in Saudi Arabia from Iraq.

That widens the area that needs to be protected by air defenses, putting an additional burden on them and risking the chance that a complex attack could break through.

Such an attack could be catastrophic, like a 2019 assault that saw cruise missiles and drones successfully penetrate Saudi Arabia and strike the heart of its oil industry in Abqaiq. That attack temporarily halved the kingdom's production and spiked global energy prices by the biggest percentage since the 1991 Gulf War.

While the Houthis claimed the Abqaiq attack, the U.S., Saudi Arabia and analysts blamed Iran. U.N. experts similarly said it was “unlikely” the Houthis carried out the assault, though Tehran denied being involved.

Already, the Houthis have described Al-Dhafra Air Base, home to a major American presence, as a legitimate target. Any attack harming U.S. troops likely would bring a response from Washington, even with President Joe Biden hoping to refocus on China and Russia. And a promised deployment of the Cole and the advanced fighter jets means more American equipment soon will be in the Emirates.

“They’re going to demonstrate ... our commitment to our Emirati partners but also to be prepared to deal with very real threats that the Emiratis are under,” Pentagon press secretary John Kirby said Wednesday. “And quite frankly, it’s not just the Emiratis, it’s our people there at Al-Dhafra too.”

EDITOR’S NOTE — Jon Gambrell, the news director for the Gulf and Iran for The Associated Press, has reported from each of the Gulf Cooperation Council countries, Iran and other locations across the world since joining the AP in 2006. Follow him on Twitter at www.twitter.com/jongambrellAP.