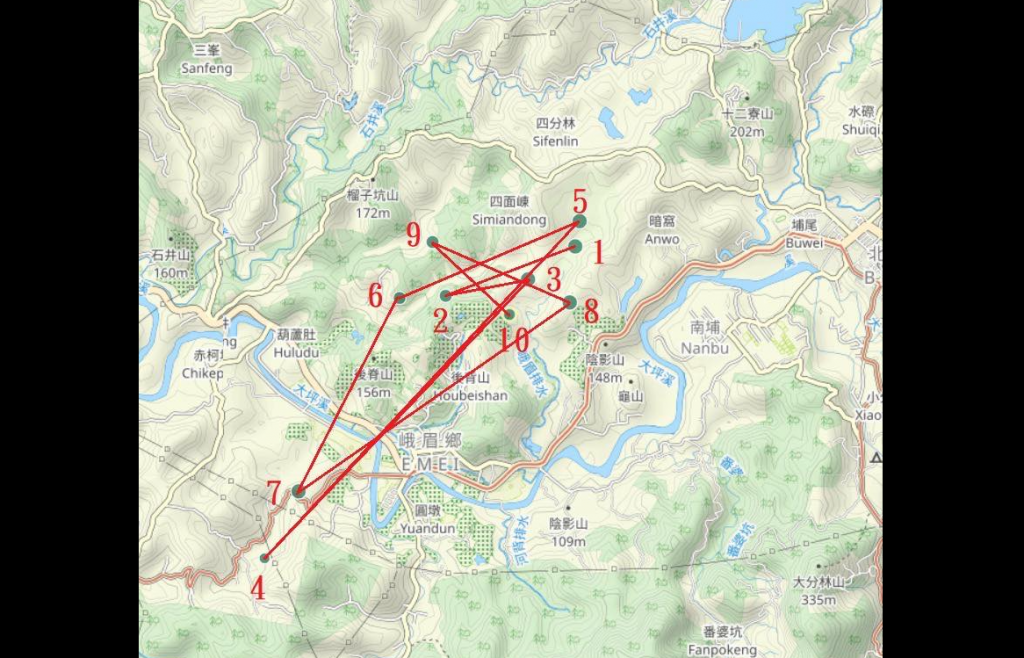 The magnitude of the temblors ranged from 2.4 to 3.7, while focal depths remained shallow, ranging from 5.1 to 9.6 kilometers.

CWB Seismological Center Director Chen Kuo-chang (陳國昌) told CNA that if conditions remain stable, with none of the quakes’ magnitudes reaching over 4 on the Richter scale and decreased quake frequencies, chances of a major earthquake occurring will be lowered.

He said that faults around Emei Township have remained inactive for the past 30-50 years, though he did not rule out the possibility that the fact means a lot of energy has been pent up. According to his observation of Friday’s earthquakes’ pattern, however, he believed that energy released in this wave of temblors was not great, and it was more likely that activity would die down. 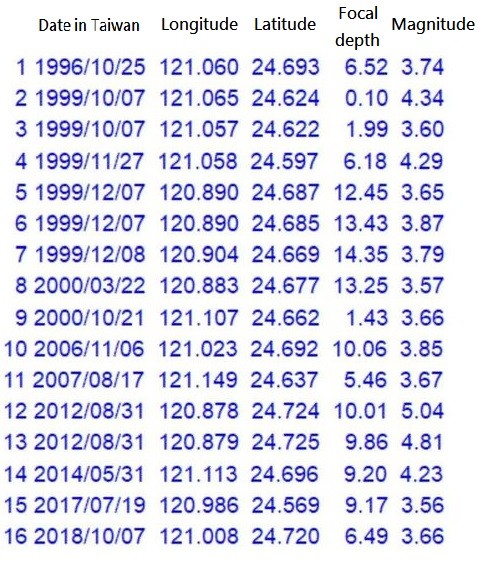 On Friday, CWB Director-General Cheng Ming-dean (鄭明典) took to Facebook to share updates about the frequent earthquakes with fans. He posted a list of 16 quakes with magnitudes over 3.5 that occurred near the same epicenter since 1973, highlighting the unusualness of the area’s recent seismic activity.

He also called for the public not to panic, and urged everyone to always be prepared to respond to natural disasters by stocking resources, tools, and installing earthquake alert apps.