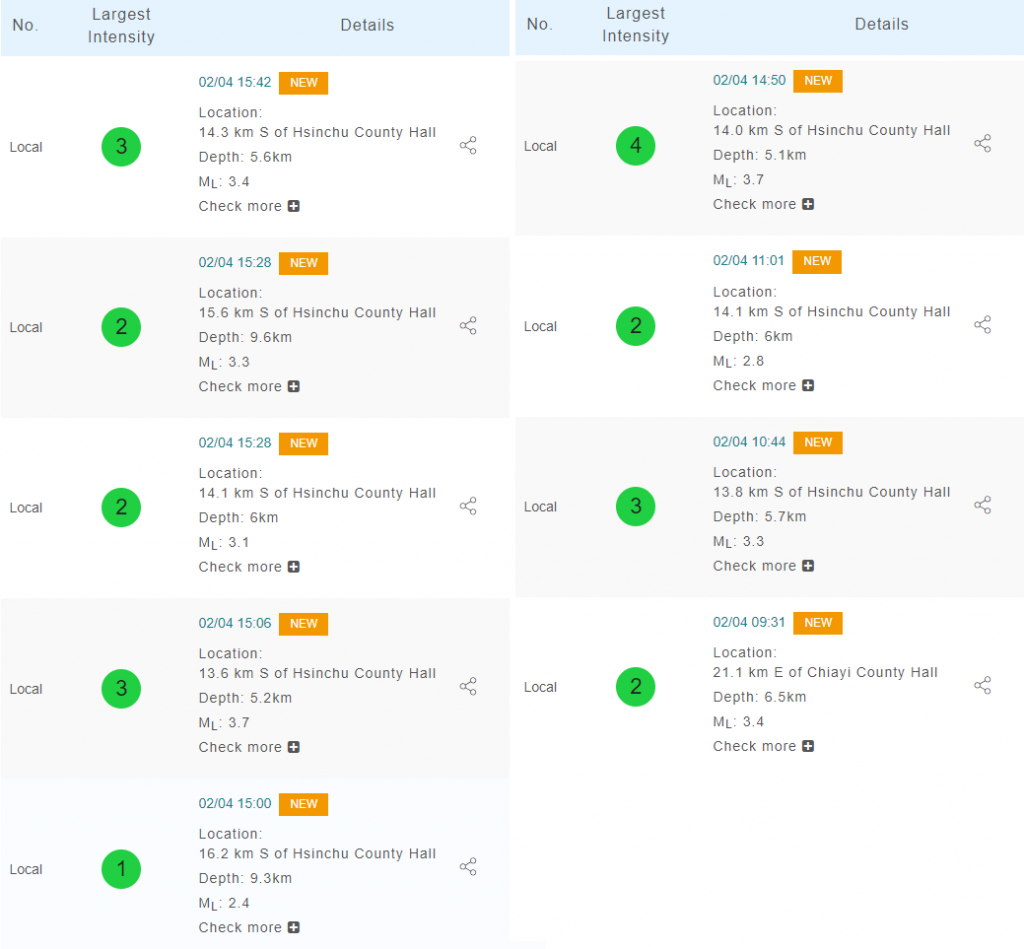 TAIPEI (Taiwan News) — A series of earthquakes shook Hsinchu County during the day on Friday (Feb. 4) following a minor quake in Chiayi County on Friday morning, according to the Central Weather Bureau (CWB).

The first temblor reported on Friday occurred at 9:31 a.m. and had a magnitude of 3.4. The epicenter was 20.2 kilometers east of Chiayi County government building, with a focal depth of 6.9 km.

Taiwan uses an intensity scale of 1 to 7, which gauges the degree to which a quake is felt at a specific location.

No injuries or damage from the quakes had been reported at the time of publication. 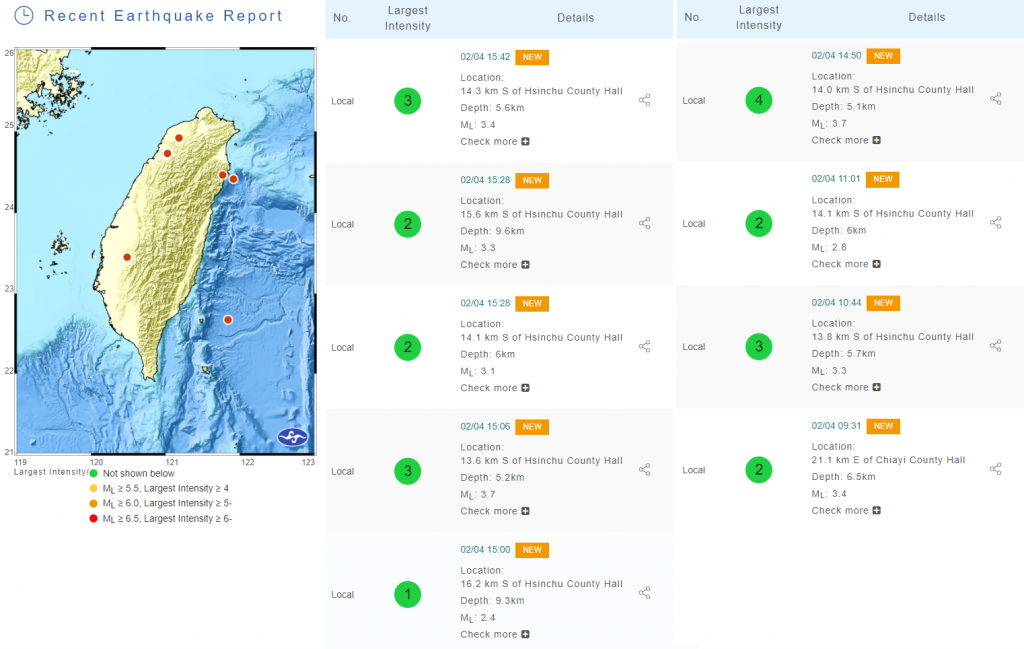