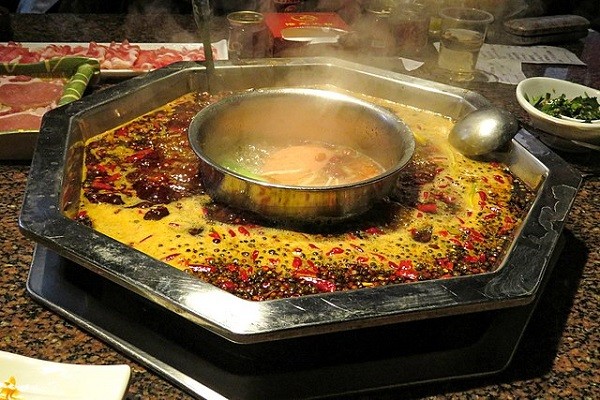 If you didn’t already know, by this stage in the Lunar New Year festivities, you have probably realized that everything revolves around food.

Families sit together and eat, gather in the kitchen to cook and talk, or head to restaurants to feast on traditional dishes and catch up with each other.

It can sometimes seem to the uninitiated that people are eating anything they can find at this busiest time of the year. But, as with many festivals around the world, there are dishes that are staples of every Lunar New celebration.

To help ensure you are eating the right dishes, here is our essential guide to Lunar New Year food and the traditions behind them:

These little parcels of meat or vegetable loveliness can be found on just about every Lunar New Year table. The reason for this is that they are believed to bring good fortune.

A dumpling looks like an old Chinese gold nugget, which used to be legal tender in China so it's easy to see how the association arose.

It used to be tradition to hide coins in some dumplings, with the person who found them said to be likely to enjoy extra good fortune. But these days, the coins are less common due to the risk of choking, though some families may use edible alternatives.

The pineapple is traditionally associated with wealth, good fortune, and prosperity. So, it will come as no surprise that this is also part of many Lunar New Year feasts.

You will also see pineapples appearing prominently in New Year displays in shops, markets, and even in lantern shows.

A whole fish is one of the most iconic centerpieces of any Lunar New Year feast. In Mandarin, it is called "nian nian you yu" 年年有餘), which translates to "surplus every year."

The "yu" sounds the same as the Mandarin word for fish, which is how this dish came about. The tradition is to leave a little fish as a surplus to signify surplus funds or crops in the New Year.

Fa-gao (發糕) is most commonly translated as prosperity cake, but sometimes you will see "good luck" cake or "great wealth" cake instead.

It is a light, sweet, and fluffy cake usually served plain, without fillings or toppings.

It is believed to increase wealth and job prospects in the coming year. Whether that is true or not, it is certainly a delicious treat at the end of a Lunar New Year feast.

Mandarin oranges are another fruit believed to represent wealth and good fortune.

This is because the name of this fruit in Mandarin means "rich fruit" while in Cantonese it simply means "gold."

A gift of mandarin oranges is seen as token wishing good fortune on someone. The sweeter the fruit, the better the fortune, which is why in high end stores, you can see boxes of mandarins going for astonishingly high prices.

Pork symbolizes good fortune and wealth throughout the year. But at Lunar New Year it becomes especially prominent.

Having pigs in the home used to symbolize wealth, and the left radical of the Chinese character for pig (豬) can also be found in the character for house/home (家). Pork is also believed to make you stronger too.

The most common dish you will encounter during the Lunar New Year is pigs knuckles with thin vermicelli noodles. The noodles in this dish are also thought to symbolize a long life.

Unlike some of the other fruits on this list, kumquats are a feature of Lunar New Year celebrations at least in part because they are in season this time of year.

But another reason is a linguistic one. The second character of Mandarin word for a kumquat (金橘) sounds very similar to the word for luck (吉), so eating kumquats is seen as a symbol of good fortune.

Turnip cake, or radish cake, depending on which name you prefer, is also a staple on almost every Lunar New Year table, and again, this is for primarily linguistic reasons.

The Mandarin word for a turnip is "cai thou" (菜頭), which also sounds like 彩頭, or "luck."

The vegetable will sometimes be served on its own or in other dishes, but the most common form it comes in is the scrumptious turnip cake.

Perhaps the most iconic and ubiquitous of all the Lunar New Year dishes.

Unlike most of the other foods on this list, hot pots are not popular because of some linguistic quirk or tradition but because they are delicious. They are perfect for the cooler weather this time of year, easy to prepare and cook, and are guaranteed to please just about everyone around the table.

It is the perfect meal for a large gathering, and families up and down the country will be marking the arrival of the Year of the Tiger with a hot pot of one kind or another.