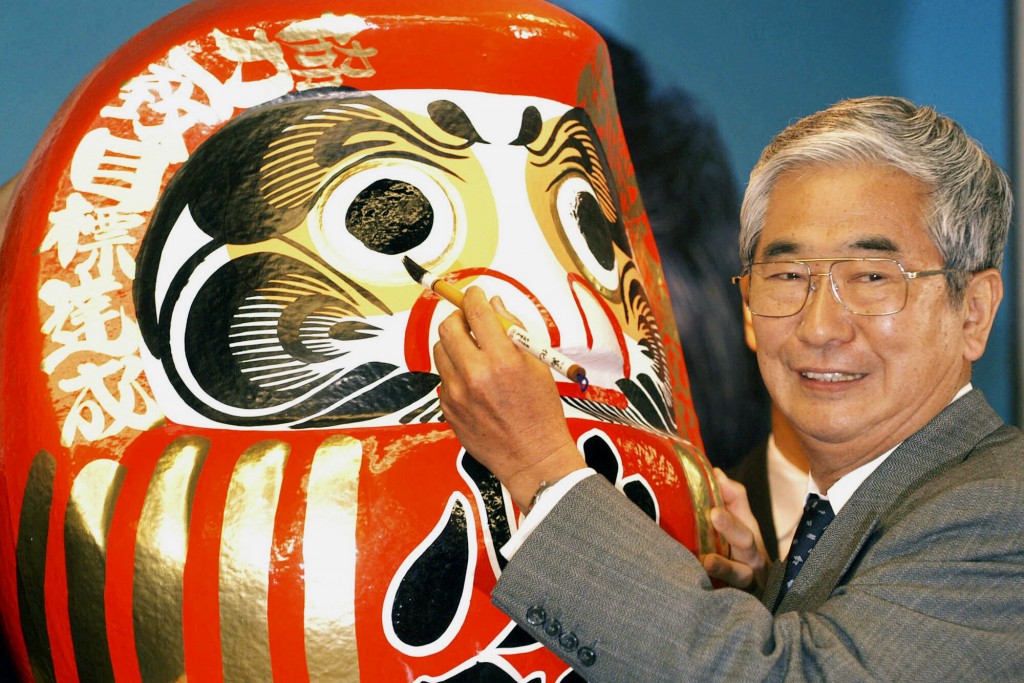 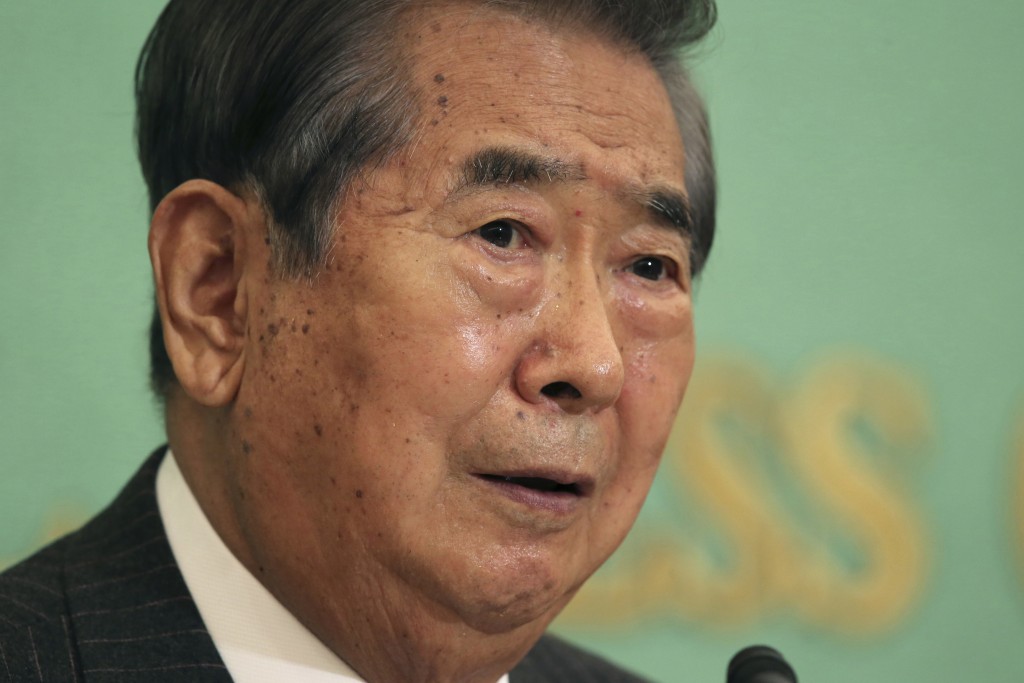 TOKYO (AP) — Shintaro Ishihara, a fiery nationalist politician remembered as Tokyo's gaffe-prone governor who provoked a spat with China by calling for Japan's purchase of disputed islands in the East China Seas, has died. He was 89.

Ishihara, an award-winning novelist before he became a politician, was remembered for his controversial views and provocative remarks that often angered women and rights groups during his 30-year tenure as a lawmaker, mostly as a member of the governing Liberal Democratic Party.

Ishihara, who was being treated for pancreatic cancer and was in hospital since December, was still writing until last week, when his condition suddenly deteriorated and he died Tuesday morning, the family announced.

As governor of Tokyo — Japan's capital and chief city — Ishihara sparked a diplomatic spat with Beijing over the Japanese-controlled Senkaku Islands, which China also claims and calls the Diaoyu.

Ishihara in 2012 proposed that Tokyo's governorate buy the islands from their private Japanese owners to defend them from China’s growing territorial claims, triggering opposition from Beijing. To calm the situation, Japan's government eventually nationalized the islands, but the move backfired and further escalated the dispute, leading to violent anti-Japan protests and the boycotting of Japanese products in China.

Bilateral ties have since somewhat improved but China has taken increasingly assertive actions around the islands, including sending coastguard ships. China’s maritime activity in the East and South China Seas has prompted Japan to beef up defenses of its southwestern outlying islands.

As governor, Ishihara was also a driving force behind Tokyo's bid for the 2020 Olympics, and pushed through environmental restrictions for diesel-powered vehicles and worked to promote the Tokyo Marathon.

An avowed nationalist, Ishihara was never far from controversy. He proposed that Japan should develop nuclear weapons and abandon its war-renouncing Constitution.

Ishihara’s sexist and racist remarks also repeatedly angered women, rights groups, as well as Japan's neighbors South Korea and China — which he referred to by names from Japan's occupation of much of East Asia in the early and mid-twentieth century.

Ishihara also angered the residents affected by the 2011 earthquake and tsunami as he called the disaster “divine punishment” for Japan's egoism.

In 1995, Ishihara quit national politics but made a comeback four years later when he was elected Tokyo's governor and won four consecutive terms, before stepping down in 2012 to serve two years in Parliament. He retired from politics in 2014.

Ishihara was born in 1932 in Kobe, a port city in western Japan. He rose to fame after winning the prestigious Akutagawa literary prize for his novel “The Season of the Sun", published in 1955. He also wrote books on politics, including his 1989 “The Japan That Can Say No,” urging his country to stop always following U.S. policies.

His son, Nobuteru Ishihara, who is also a politician and the oldest of the former governor's four sons, said his father worked on three books in his final days, including a collection of short stories.

“He accomplished his work as a novelist until the end of his life," Nobuteru Ishihara said.

Speaking to reporters, conservative former Prime Minister Shinzo Abe described Ishihara as “a politician who challenged what became the norms in the postwar era."

“He was not afraid of criticisms and insisted on what he had to say,” Abe said.

At a media conference announcing his retirement from politics in 2014, Ishihara said he was thankful to have lived through historical turning points in his career as a politician and a novelist — and didn't regret stirring up controversy.

“I want to do what I like for the rest of my life, even if people hate me when I die,” Ishihara said.