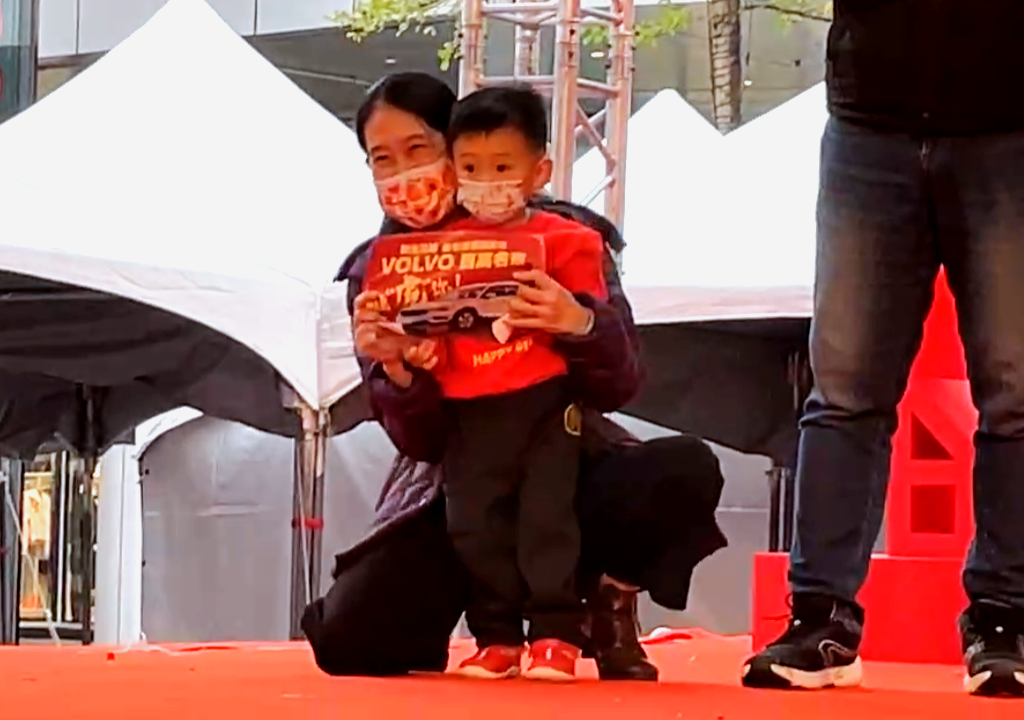 Out of the 1,000 lucky bags sold by the mall, only 10 held a ticket to the final lottery, UDN reported. When the 10 ticket holders got on stage to draw their prize, the boy, surnamed Chen (陳), was last in line with his mother and drew the only rolled-up poster left in the box.

Upon unraveling the poster for Chen, his mother could be seen grinning under her mask. She showed their family offstage the image of the car, garnering loud cheers. Chen’s father told UDN, “The others let us have the grand prize because he had no choice at the end.”

Chen's mother explained that all six members of the family, including the grandparents, had turned out for the event.

“In the past few years, we have bought lucky bags at Shin Kong Mitsukoshi every year, but we have never won big prizes,” she was quoted as saying. “Today when we arrived at the event, the little one said he wanted the car; he picked the lucky bag containing the chance to draw the prize, and now we have really won the car.”

She said they had come to this year's event without any expectations and were surprised by the outcome. “Our family has a car, but winning another car is great; now we don’t need to worry about getting a new one,” she added.

Because Chen and his older sister wore shirts bearing the Chinese characters for “make” and “fortune,” UDN labeled them the “siblings that made a fortune.”