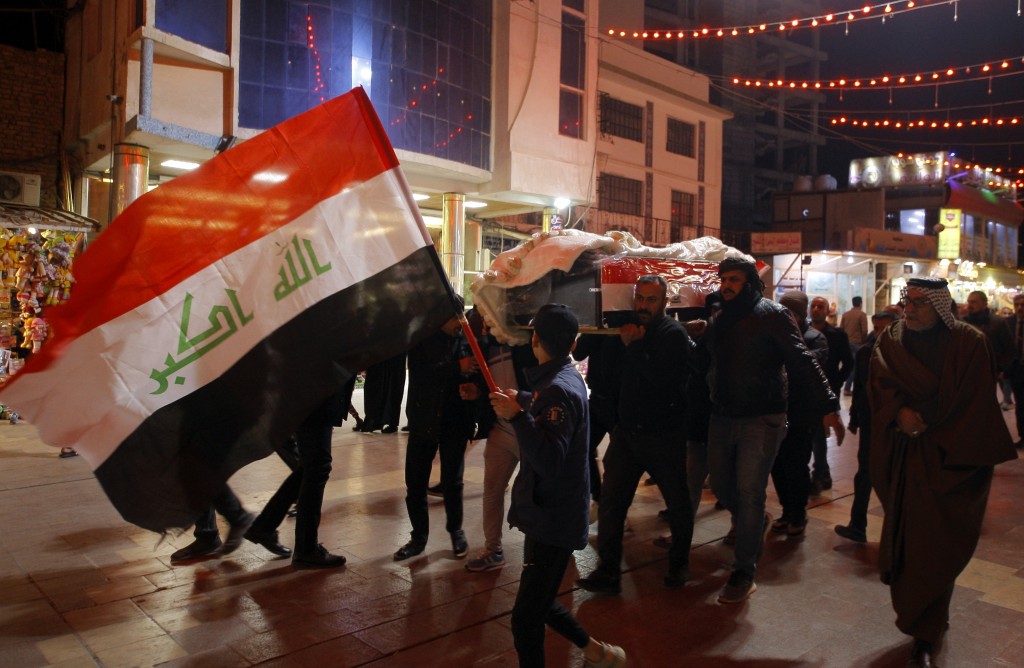 IS gunmen in Iraq broke into a barracks in the mountainous al-Azim district outside the town of Baqouba on Jan. 21, killed a guard and shot dead 11 soldiers as they slept. It was one of the boldest attacks by the militants in recent weeks and came amid an uptick in violence that stoked fears the group has been re-energized.

Yehia Rasool, the spokesman for Iraq’s commander in chief, said the joint military operations room and the air force identified the cell behind the attack as its members hid in al-Azim, north of Baghdad.

Three airstrikes were launched that killed the nine militants, he said.

A security official told The Associated Press that four among the killed were Lebanese, natives of the northern town of Tripoli. He spoke on condition of anonymity because he was not authorized to speak to reporters.

Tripoli is Lebanon’s second largest city and the country’s most impoverished. It has been prone to violence and militants who, inspired by the Islamic State group, launched attacks against Lebanon’s army in 2014 in the most serious bout of violence in the city. As Lebanon faces an unprecedented convergence of crises, including a swift descent into poverty, many fear militants may seek to exploit discontent among the city’s majority Sunni residents.

Lebanon's Al-Jadeed TV gave a higher death toll, saying that five Lebanese were killed in Iraq. One family member appealed in the broadcast to Lebanese authorities to facilitate return of the bodies.

Also Sunday, Iraqi anti-terrorism units carried out an inspection campaign in seven prisons in Iraq holding IS militants. The move comes after a brazen prison attack IS militants carried out in northeastern Syria that lasted for over a week.

The attack on the prison in Hassakeh province in northeastern Syria was carried out by about 200 militants who were joined by rioting inmates, leaving dozens killed while an unknown number of suspects escaped.

On Sunday, the U.S-backed Syrian Democratic Forces announced the end of its sweep operations in the prison “by eliminating the last pockets in the northern dormitories where (IS) terrorists had been barricaded.”

The attack on January 20 was carried out on the largest of a dozen detention facilities in Syria that house militants. More than 3,000 suspected IS militants, including over 600 minors, were held there. The Kurdish-led SDF said most of the prison inmates and militants have surrendered, and scores were killed.

IS was largely defeated in Iraq in 2017. The group was dealt a final blow in 2019 when it lost its last territory in southeast Syria during the U.S.-led military campaign in cooperation with Syrian Kurdish-led forces.

But thousands of militants melted into the desert and have continued to wage attacks, frequently hitting security forces and military with roadside bombs and firing on military convoys or checkpoints in both countries.