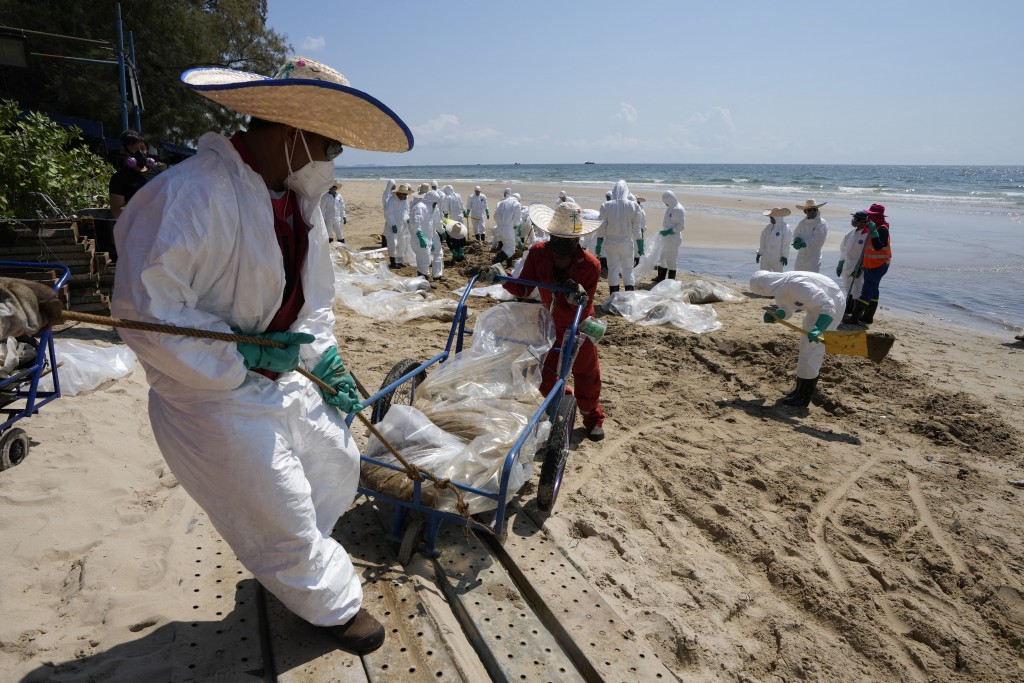 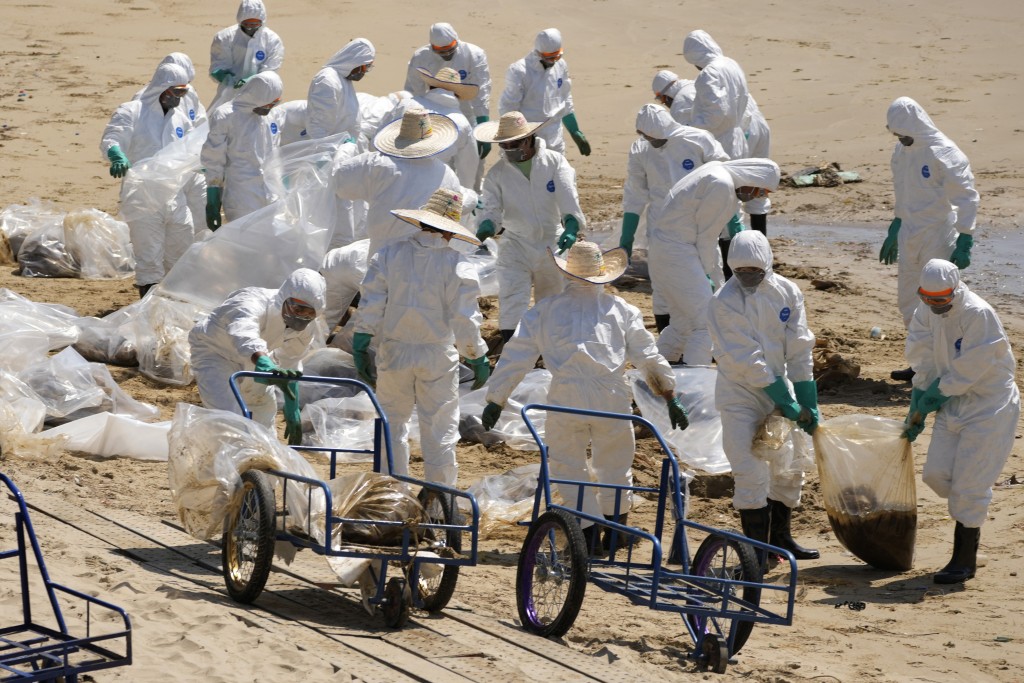 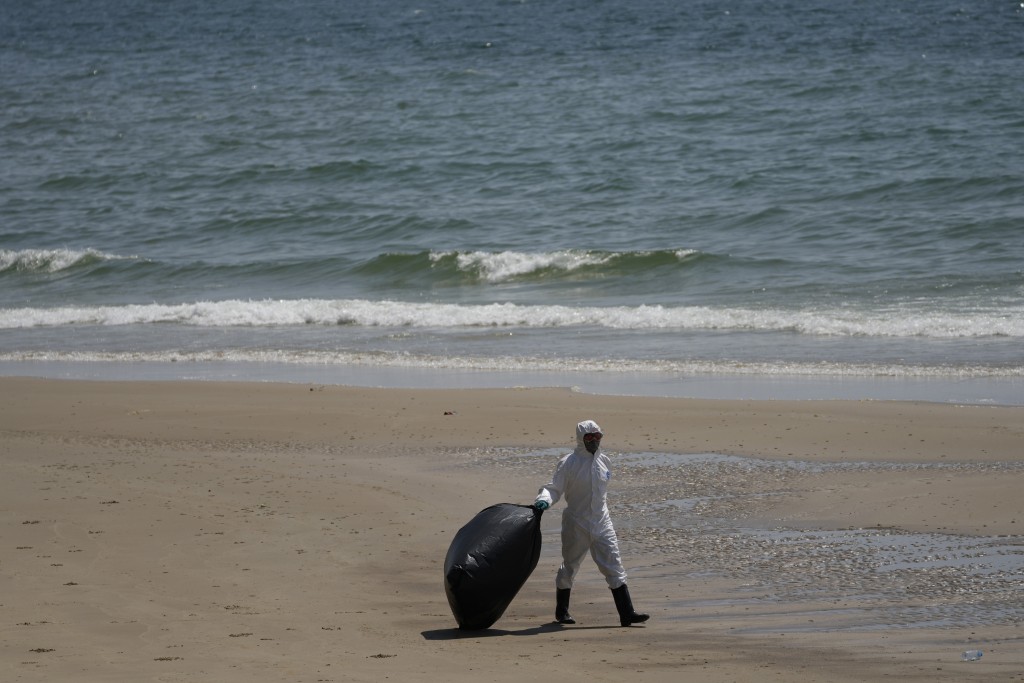 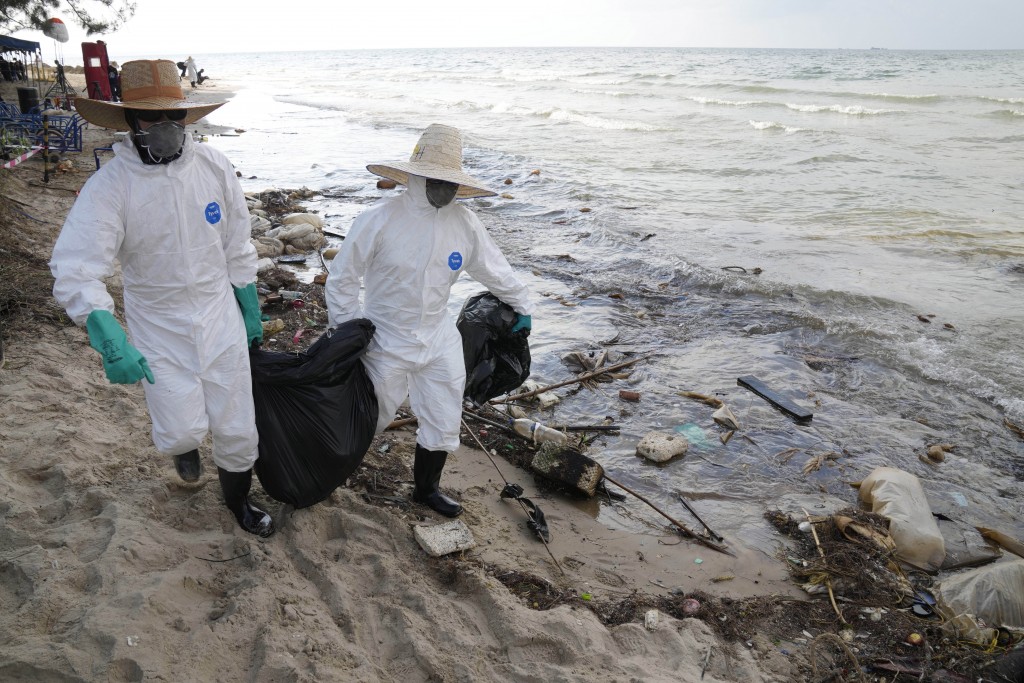 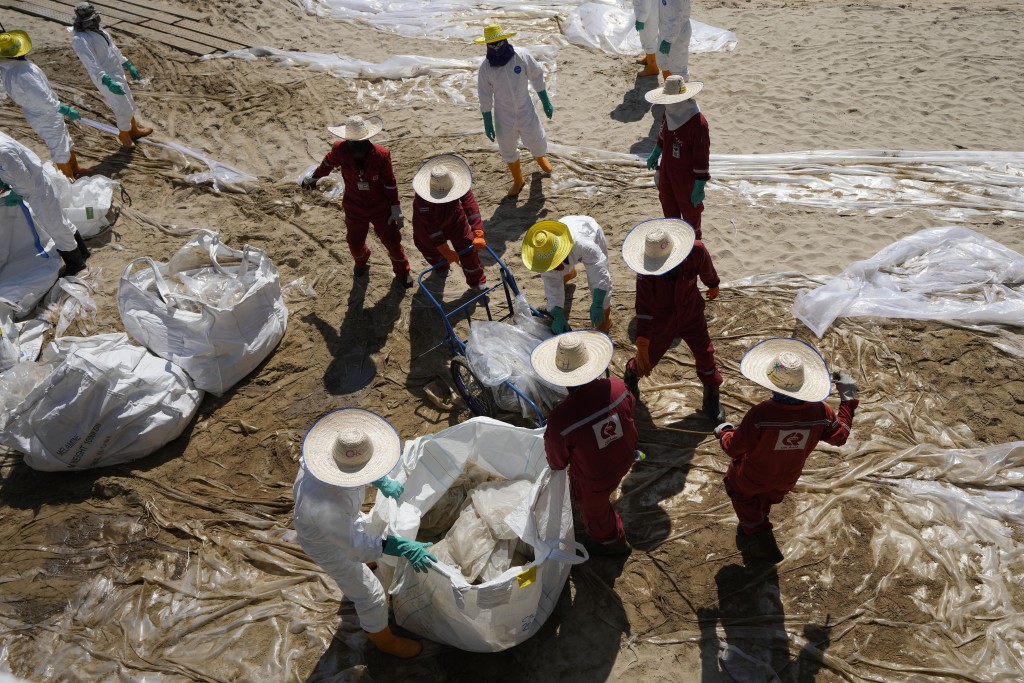 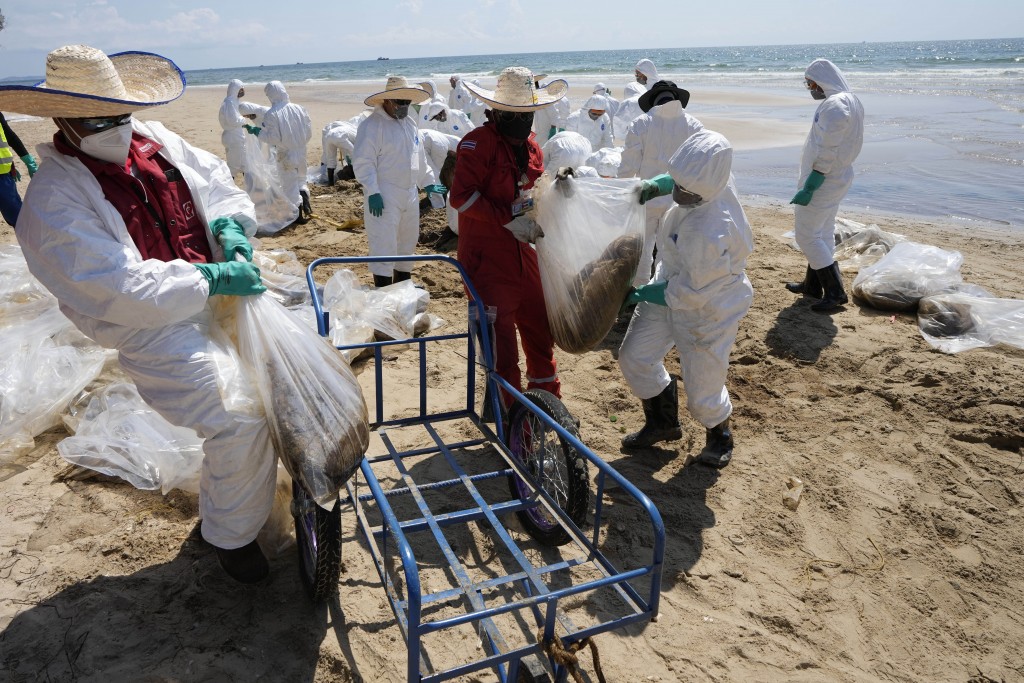 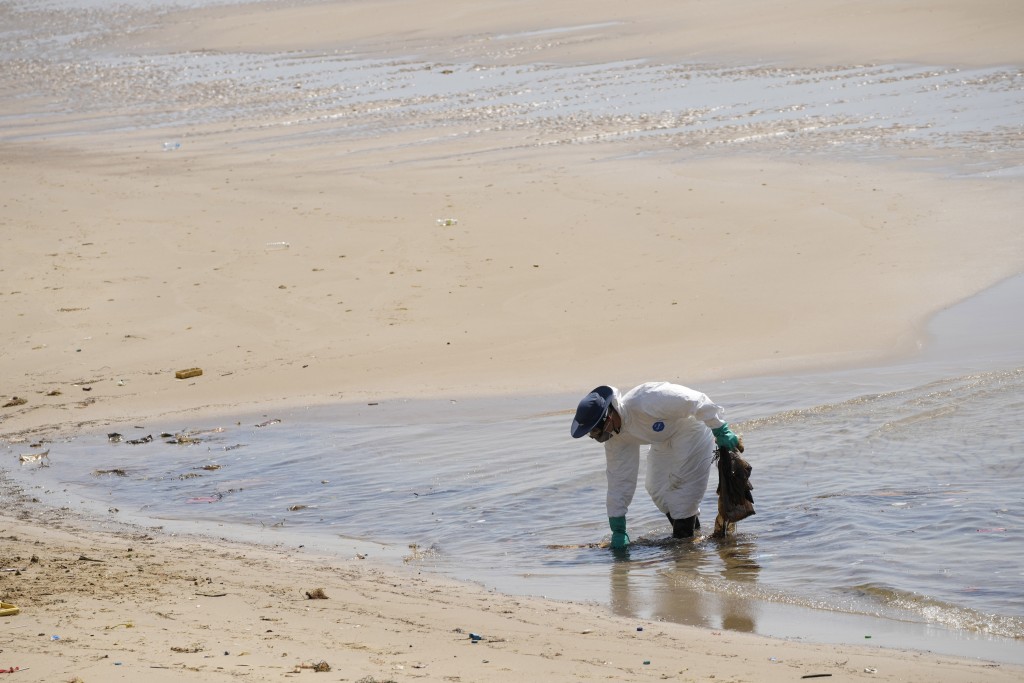 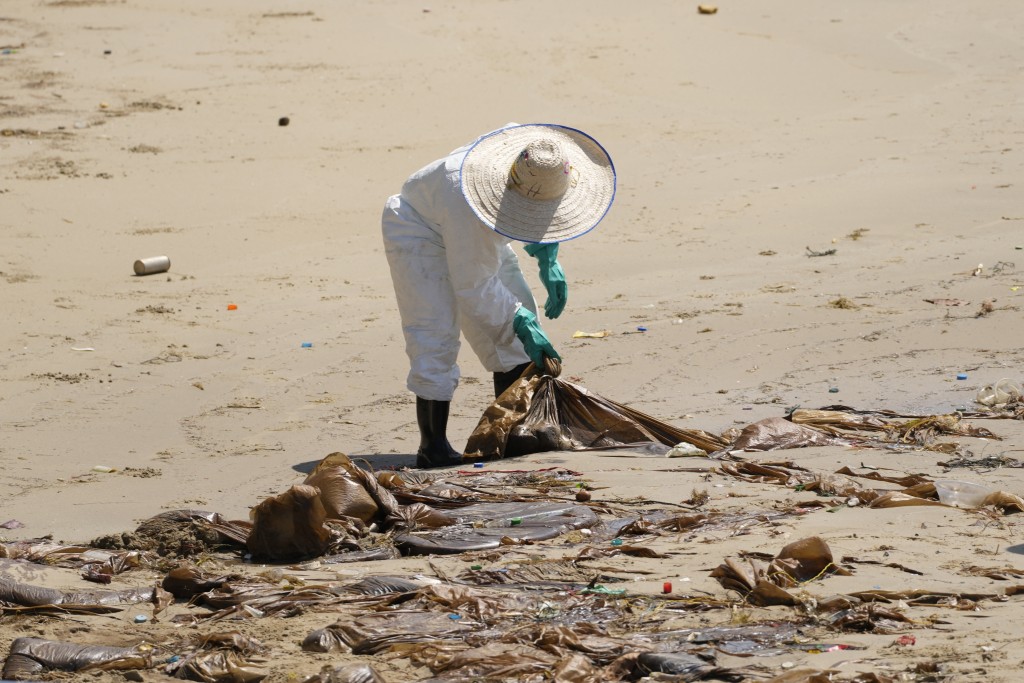 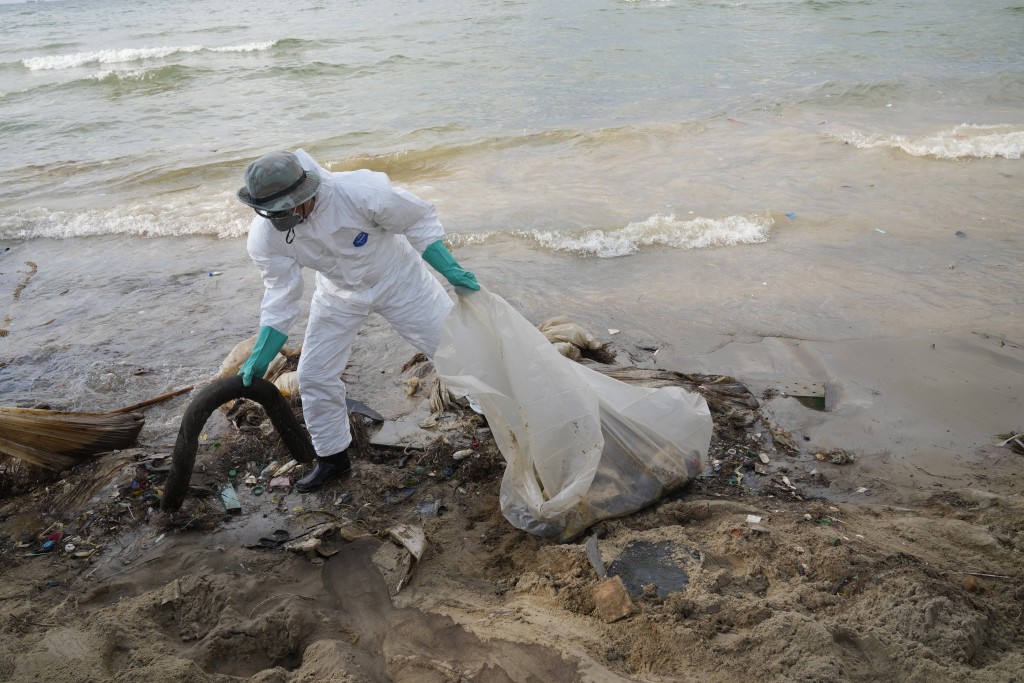 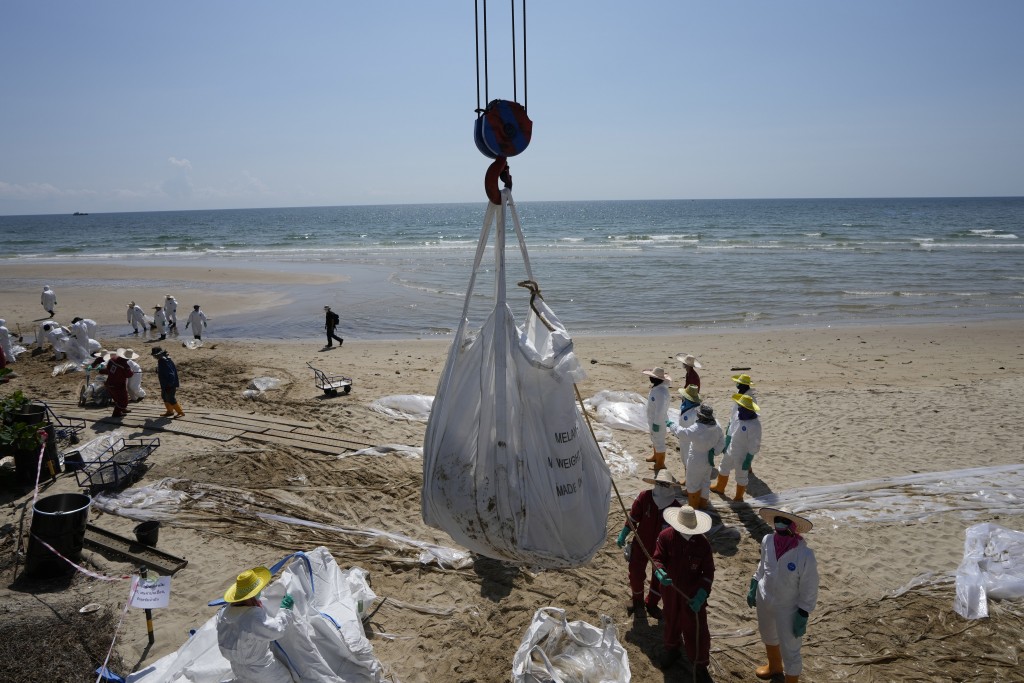 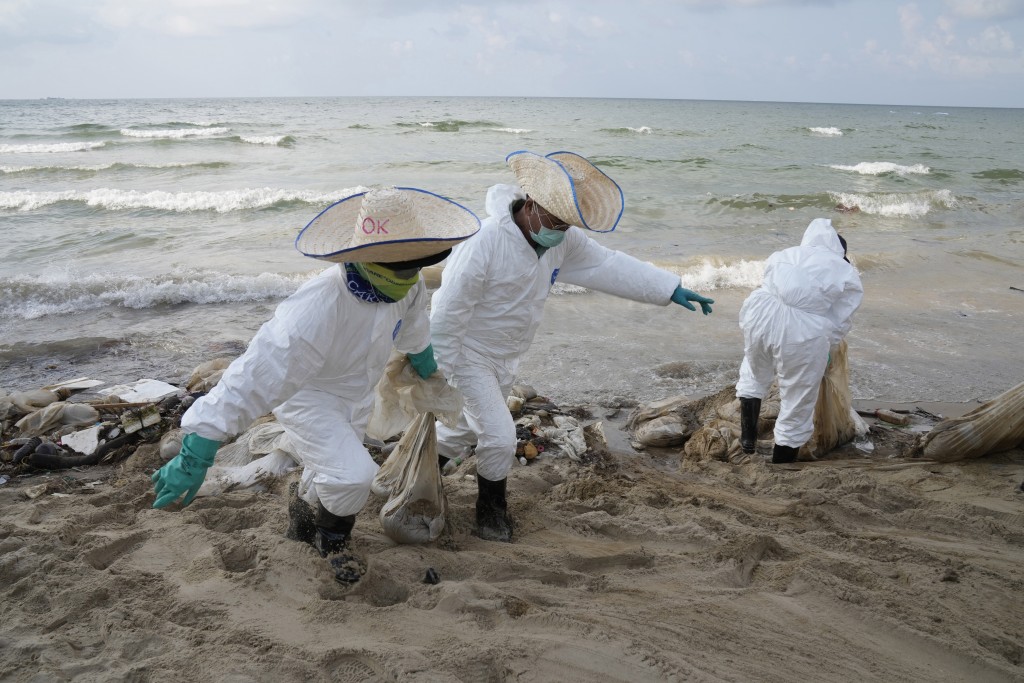 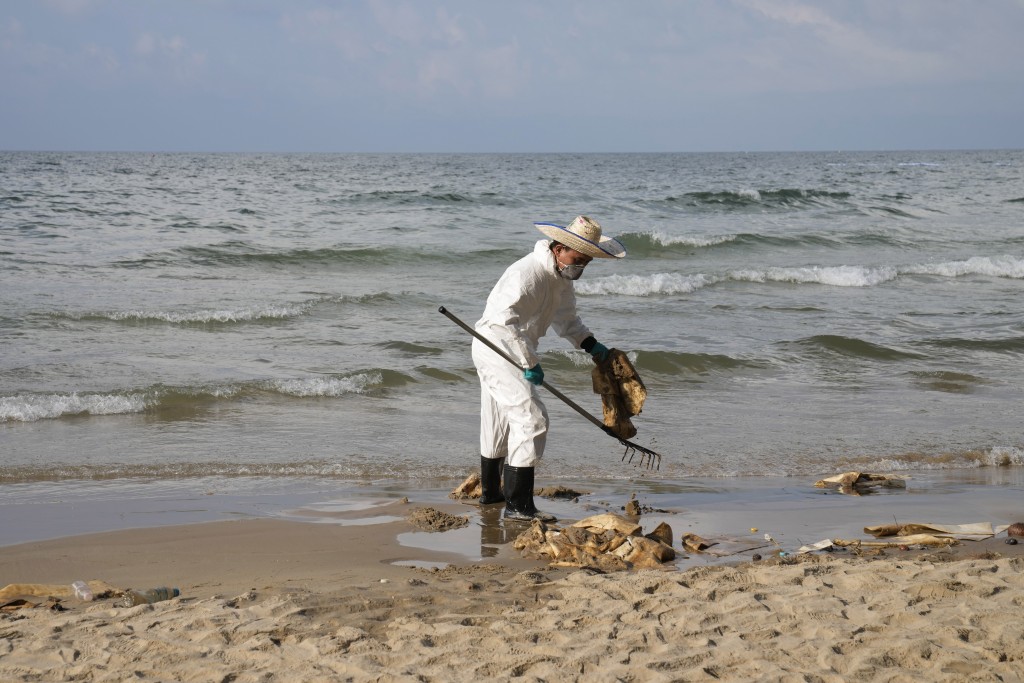 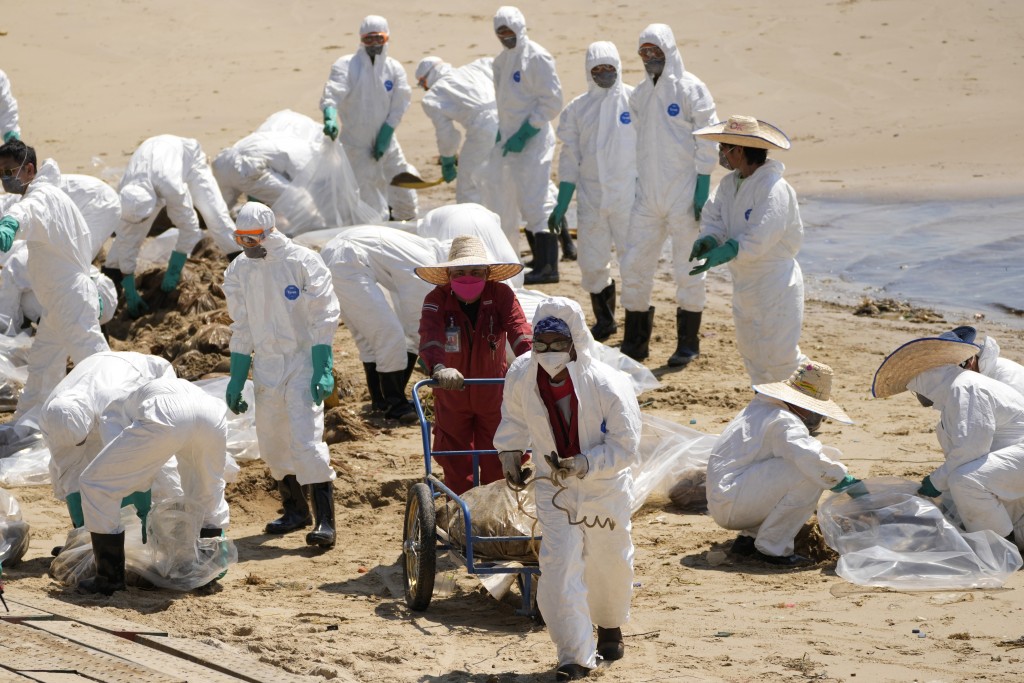 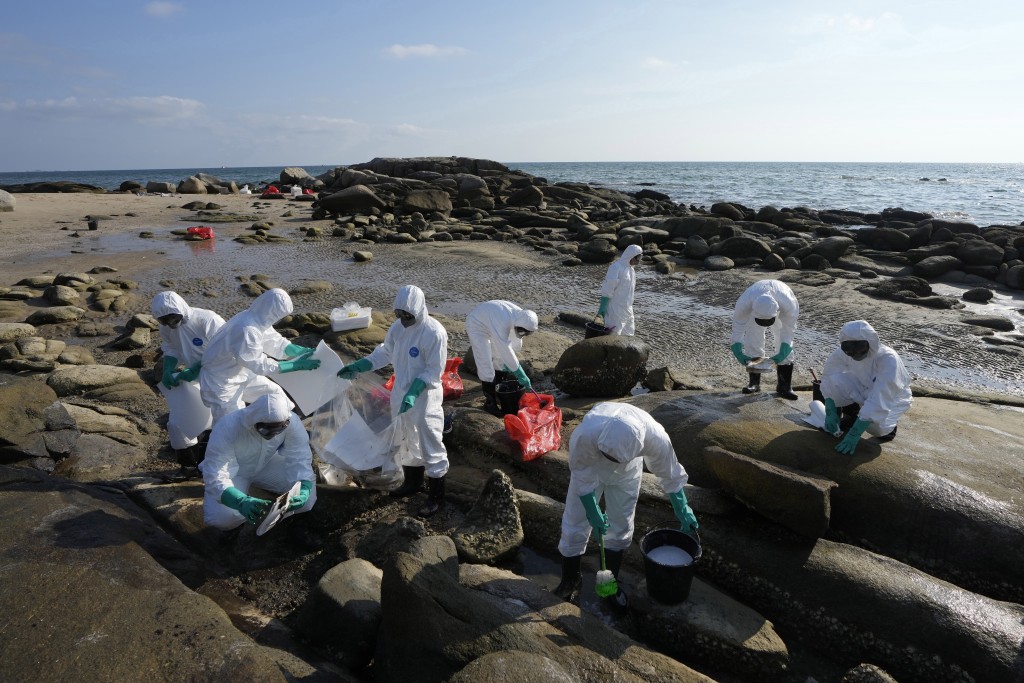 RAYONG, Thailand (AP) — Favorable wind and sea conditions kept an oil slick away from beaches in eastern Thailand on Sunday, according to authorities, but concerns remained that the spillage may yet strike a popular resort island.

Emergency workers in protective gear removed contaminated sand from the Mae Ramphueng beach in Rayong province, southeast of Bangkok, which was shut on Saturday.

Some 20-50 tons of oil are estimated to have leaked Tuesday night in the Gulf of Thailand from an undersea hose used to load tankers at an offshore mooring point owned by the Star Petroleum Refining Co.

The leak was stopped within hours, the company said.

Most of the oil slick was being pushed toward Koh Samet, a popular tourist island that’s just beginning to recover from the coronavirus pandemic slump along with the rest of the country.

Natural Resources and Environment Minister Varawut Silpa-archa said authorities were taking steps to prevent it hitting the beaches there.

Aircraft have been dropping chemicals to disperse the oil and deploying floating booms to trap it so that it can be skimmed from the surface and removed.

“I am very confident that for one we will be able to prevent the majority of the oil spill to ruin our natural resources, especially the corals,” Varawut Silpa-archa told The Associated Press after surveying the Rayong beach.

The beachside area is largely dependent on tourists. It has been suffering from the pandemic that has kept visitors away, and the spill will make recovery harder. The local fishing industry was also affected by the pollution.

Asked how long until he could declare the disaster over, Varawut said that “visually it should be over within a week but environmentally it would last years.”