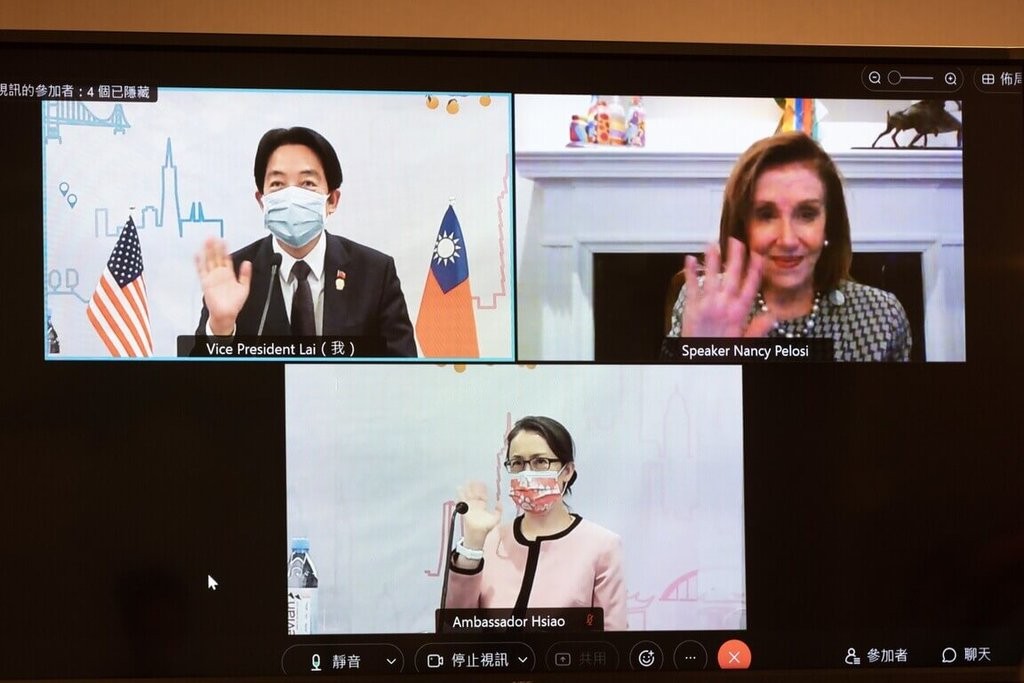 The vice president praised Pelosi's advocacy for democracy and human rights, calling her an “internationally respected human rights defender,” according to Hsiao. He told her to continue leading the world in defending freedom, democracy, and the universal value of human rights and thanked her for continuously supporting Taiwan, CNA reported.

Hsiao pointed out that the conversation between the two included the topics of security, the economy, and common values.

Pelosi expressed her support for Taiwan's participation in international organizations, especially the World Health Organization (WHO). She said that she had personally expressed to the WHO secretary-general that Taiwan should participate and that its inclusion in the organization is crucial based on its pandemic prevention response.

Hsiao said that Pelosi expressed concern about the security situation in the Taiwan Strait and has been promoting pro-Taiwan initiatives. The speaker said she was also worried about human rights in China and the Beijing Winter Olympics.

Lai is only staying in San Francisco for one night and is scheduled to return to Taiwan on Jan. 30.