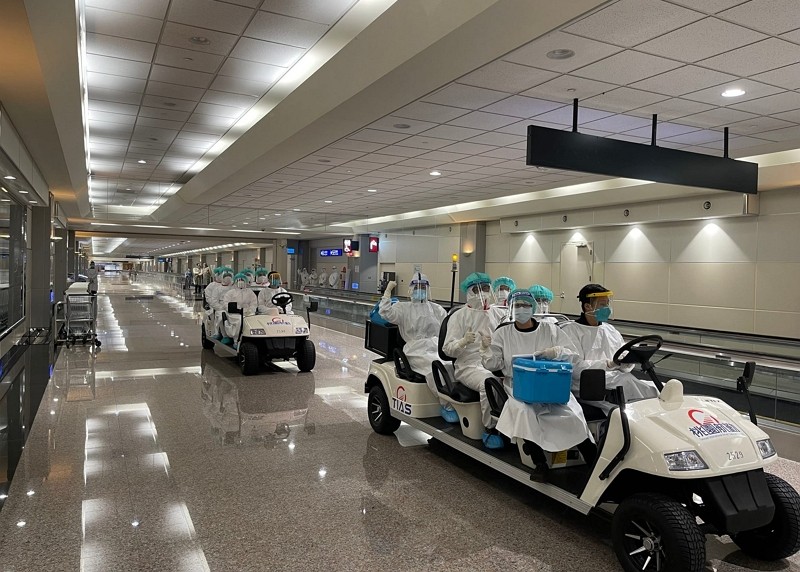 TAIPEI (Taiwan News) — The COVID-19 command post at the Taiwan Taoyuan International Airport was relieved of its duty on Friday (Jan. 28) right before the Lunar New Year holiday as the cluster has been brought under control.

Established on Jan. 4, the command post was tasked with containing an outbreak that started with infected cleaners at the national gateway. During the 25 days after it was formed, 65,000 tests were carried out and the cluster grew to 21 cases, including security and taxi drivers, per Up Media.

Four chains of contagion were identified, involving airport staff, caretakers for those under quarantine, a Union Bank branch, a Tasty restaurant, and Farglory Free Trade Zone in the northern city. Vigorous screenings and contact tracing were conducted to prevent further spillovers into communities.

A fortnight passed without new infections after the confirmation of the cluster’s last case, hence the deactivation of the unit.

Arrivals are still subject to PCR tests at the airport to intercept cases and avoid stretching the country’s hospitals, said Commander Victor Wang (王必勝). The measure had run 17 days as of Thursday (Jan. 27), having spotted 421 positive cases out of 9,454 arriving visitors.