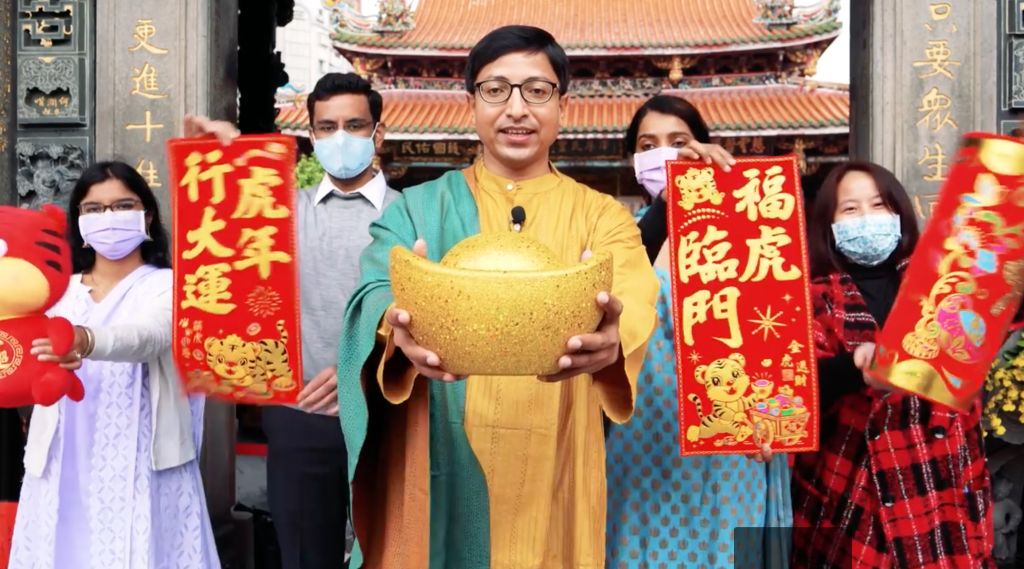 TAIPEI (Taiwan News) — To ring in the Lunar New Year, several diplomatic offices in Taiwan have used creative ways to extend well wishes to the public.

The Japan-Taiwan Exchange Association put up signs in MRT stations across Taipei and Kaohsiung on Thursday (Jan. 27). The signs contain heartfelt messages to Taiwan from all over Japan thanking the country for its continuous support, the Liberty Times reported.

The British Office Taipei uploaded a video on Facebook Thursday featuring Representative John Dennis and Deputy Representative Tom Burn making dumplings for office staff. Dennis said it was the first time he had made dumplings for the Lunar New Year, and that it reminded him of making mince pies, a traditional British Christmas dish.

Burn said that making dumplings made him feel like he was blending into Taiwanese society, which was a beautiful experience. At the end of the video, Dennis and Burn wished everyone a happy new year and a prosperous year of the tiger in Mandarin.

He wished for the quick end of the pandemic and prayed for continued progress in Taiwan-India relations in the year of the tiger. He also expressed hope for more bilateral exchanges.

This year, there has been unprecedented growth in exchanges in economy, trade, education, culture, and other fields, he said.