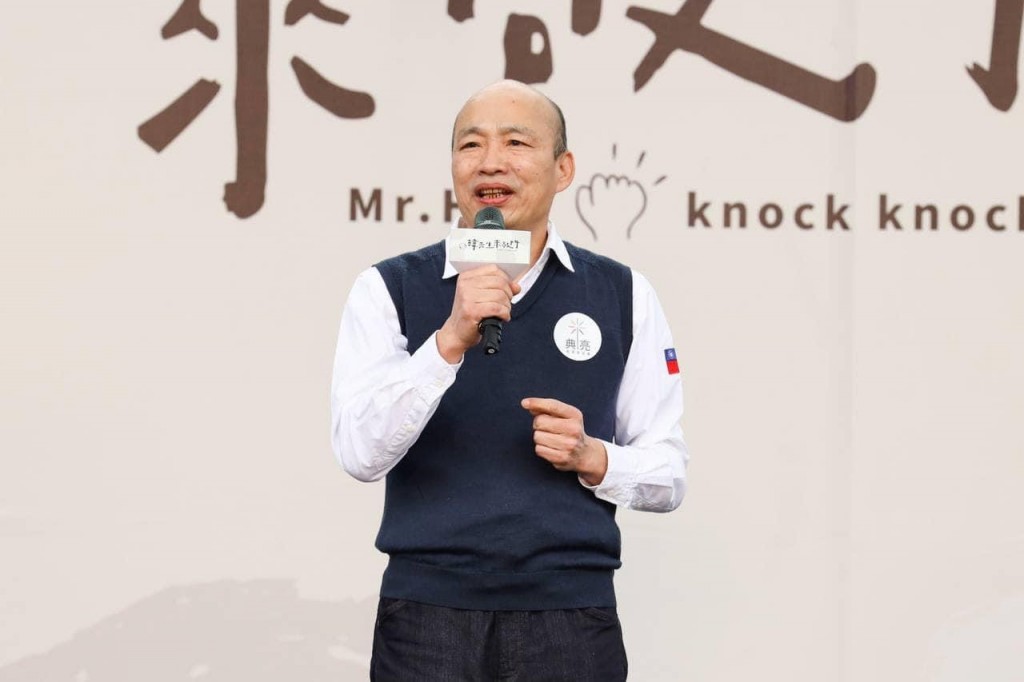 https://m.facebook.com/twherohan/TAIPEI (Taiwan News) — Former Kaohsiung Mayor Han Kuo-yu (韓國瑜) of the Kuomintang (KMT) said Friday (Jan. 28) he will not enter this year’s local elections but was equivocal about the 2024 presidential race.

In a show of unity, Han posted a photo of him having dinner with three heavyweights of the opposition party, chairman Eric Chu (朱立倫), ex-chairman Johnny Chiang (江啟臣), and media personality and former legislator Jaw Shaw-kong (趙少康) on Facebook Thursday (Jan. 27).

The appearance has sparked talk about Han’s next move, but he made it clear in a radio show hosted by Jaw that he has no intentions to throw his hat into the elections in November, which will elect heads of Taiwan’s 22 cities and counties. He evaded the question about the presidential vote two years from now, though, saying it’s too early to talk about the matter and that the KMT will have to survive 2022 first, per CNA.

He dismissed speculation that he’s trying to vie for clout against KMT Chairman Chu, while admitting the main opposition party is going through a rough patch. “The KMT is being pummeled by the U.S., Japan, China, the green camp, and even the party itself,” he said, acknowledging it has lost favor from all quarters, wrote Liberty Times.

The politician plans to embark on a nationwide tour of study sessions after the Lunar New Year holiday, during which he seeks to collect 100 “touching stories.” The events will serve as opportunities for him to “listen to the voice of the people,” he reckoned.

Han sparked a “Han wave” in 2018 that saw him win the 2018 Kaohsiung mayoral election and propelled him to the presidential candidacy in the 2020 election. The rapid surge in popularity was marked by a dramatic turn following his defeat to Tsai Ing-wen (蔡英文) in her bid for re-election and his subsequent removal from office as Kaohsiung mayor in 2020 in a recall.