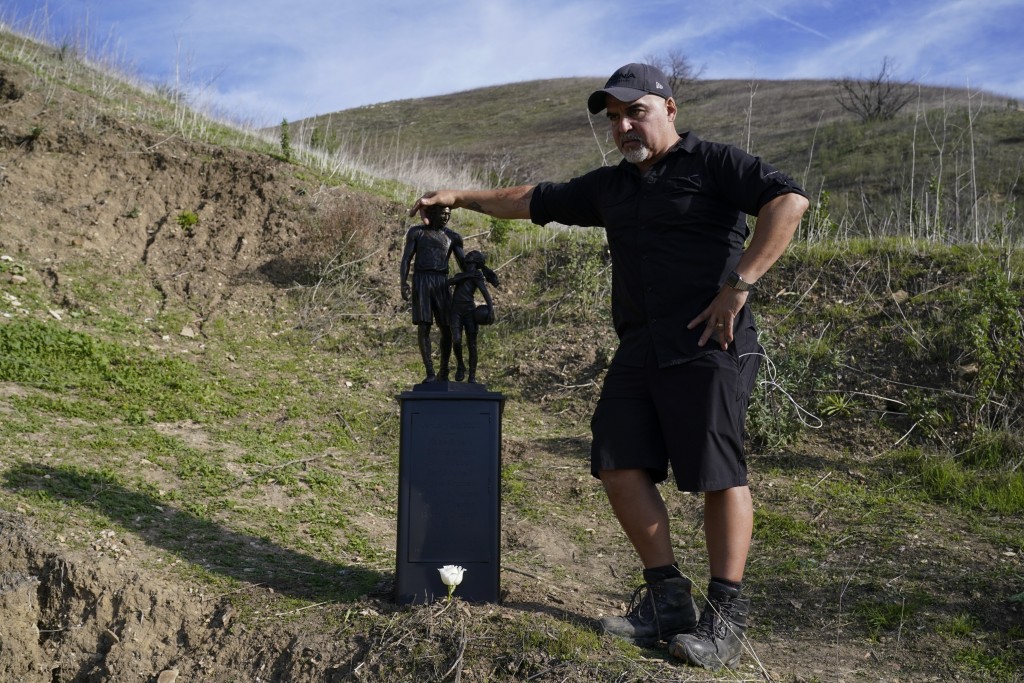 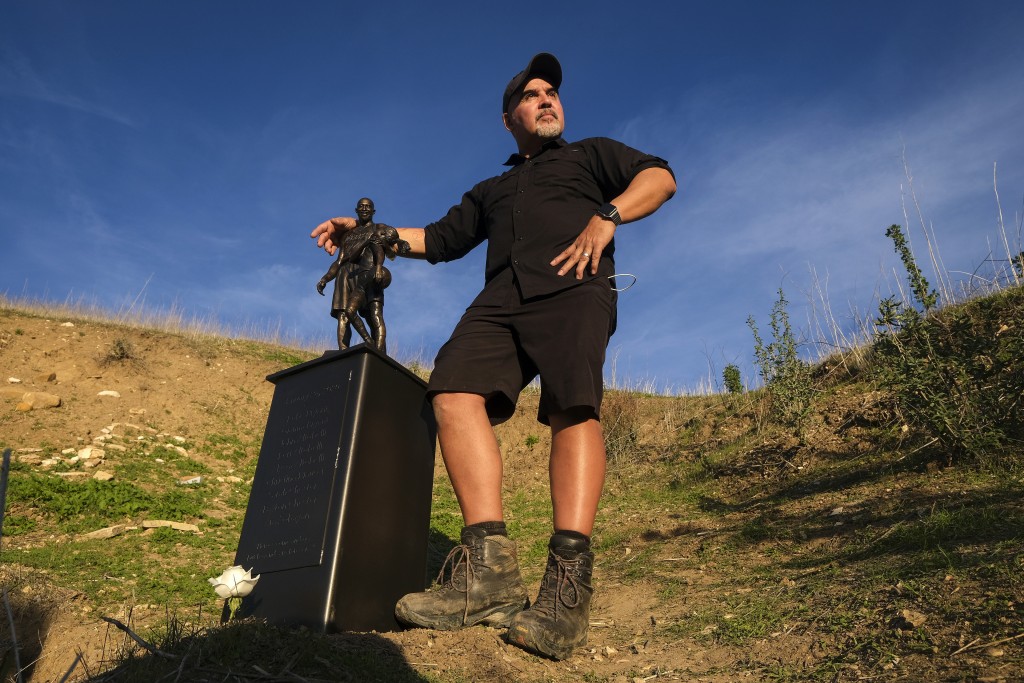 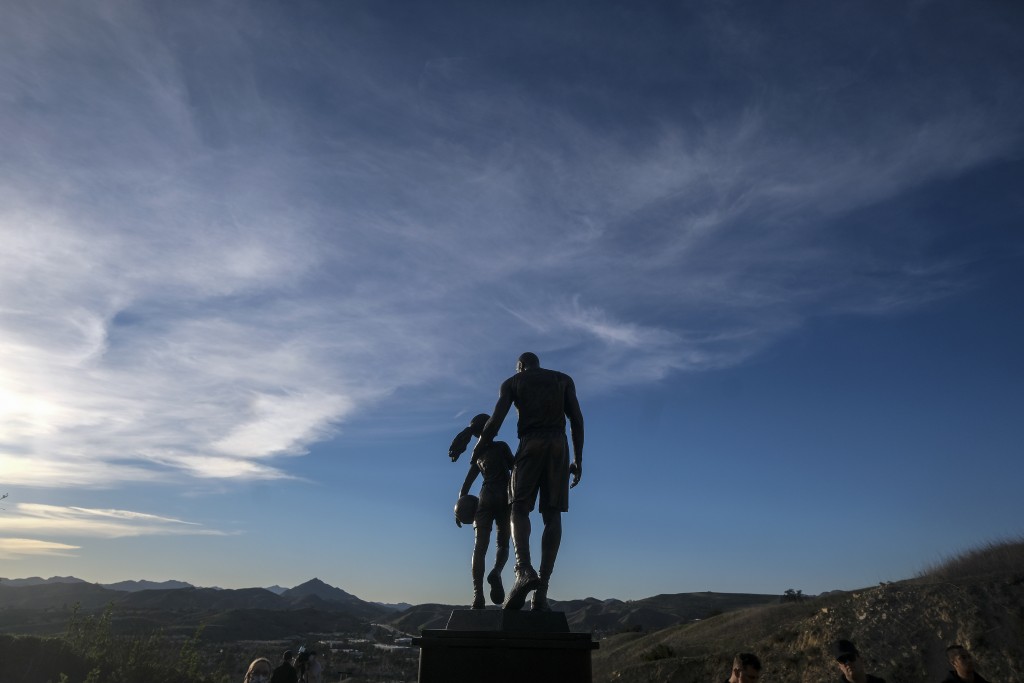 LOS ANGELES (AP) — Dan Medina has had a couple of hectic days since photos of his sculpture of Kobe and Gianna “Gigi” Bryant went viral on social media.

The Southern California artist placed the sculpture on Wednesday at the site of the helicopter crash in Calabasas, California, where the NBA legend and his 13-year old daughter died on Jan. 26, 2020. Medina brought the 150-pound piece there before sunrise and removed it at the end of the day.

“I told my wife I would have been happy just to share a moment with close friends and fans. That was all I was looking for,” Medina said Thursday. “I did want to get it out there but I was already resolute knowing that as long as I can touch the individual that makes it worthy.”

The statue depicts Bryant in his Los Angeles Lakers uniform with his arm around Gigi, also in her basketball uniform and holding a ball.

The base has the inscription “heroes come and go but legends are forever," along with the names of the other crash victims — Christina Mauser; Payton and Sarah Chester; John, Keri and Alyssa Altobelli; and pilot Ara Zobayan.

Fans took photos of the statue along with leaving flowers and other memorials at the crash site. The statue is a smaller version of a life-size sculpture he is working on that he hopes can find a location in downtown Los Angeles.

Medina also said he hopes the smaller version could eventually end up at the crash site.

“I think we did it the right way. I didn’t break any laws. There was no trash left behind,” he said. “I hope by showing that something we did spontaneous and the right way can lead to something further.”

Medina said the life-size sculpture is about 90% completed. If a site in downtown LA is finalized, the process of installing it along with the base could be done within six months.