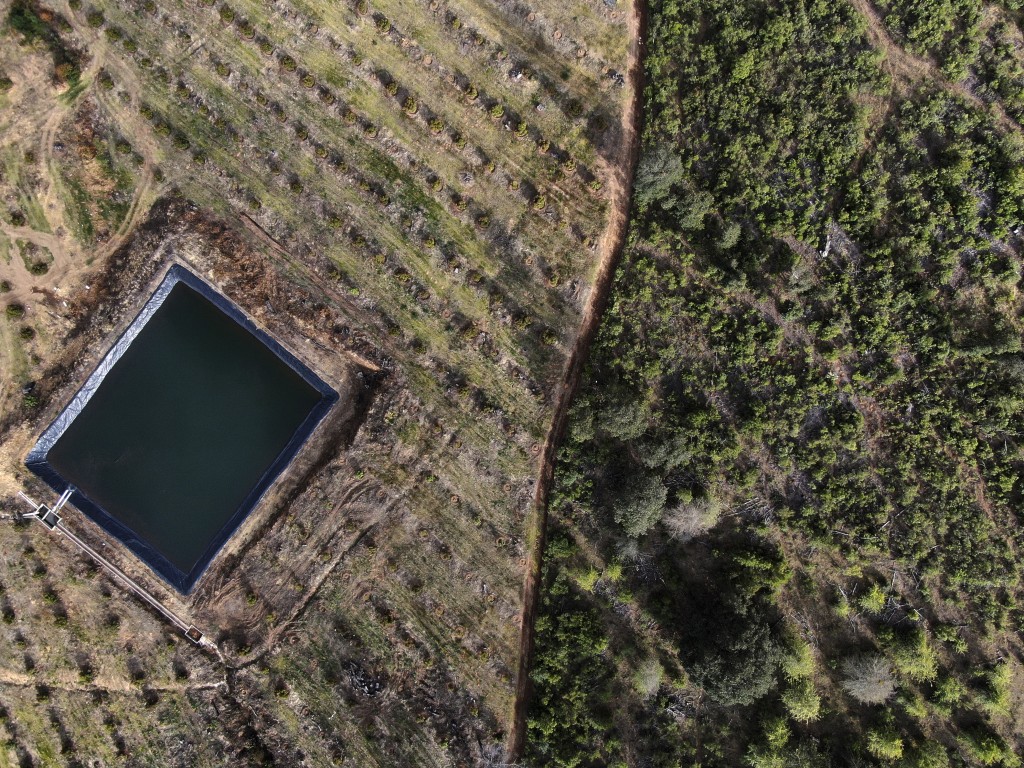 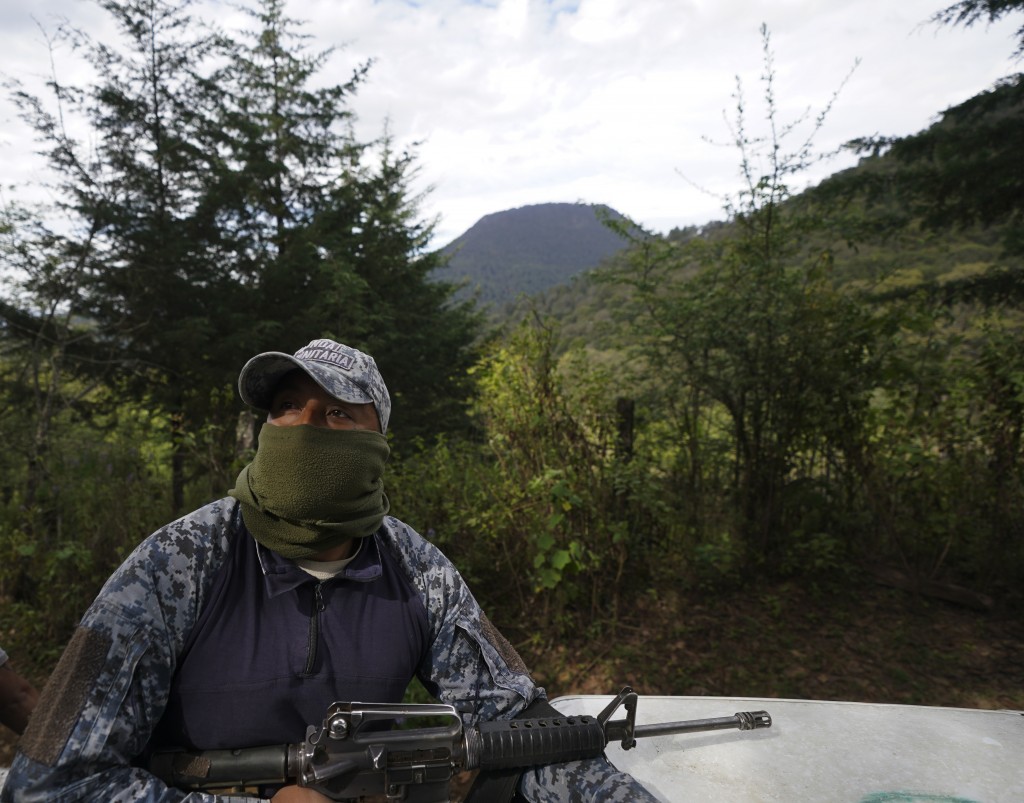 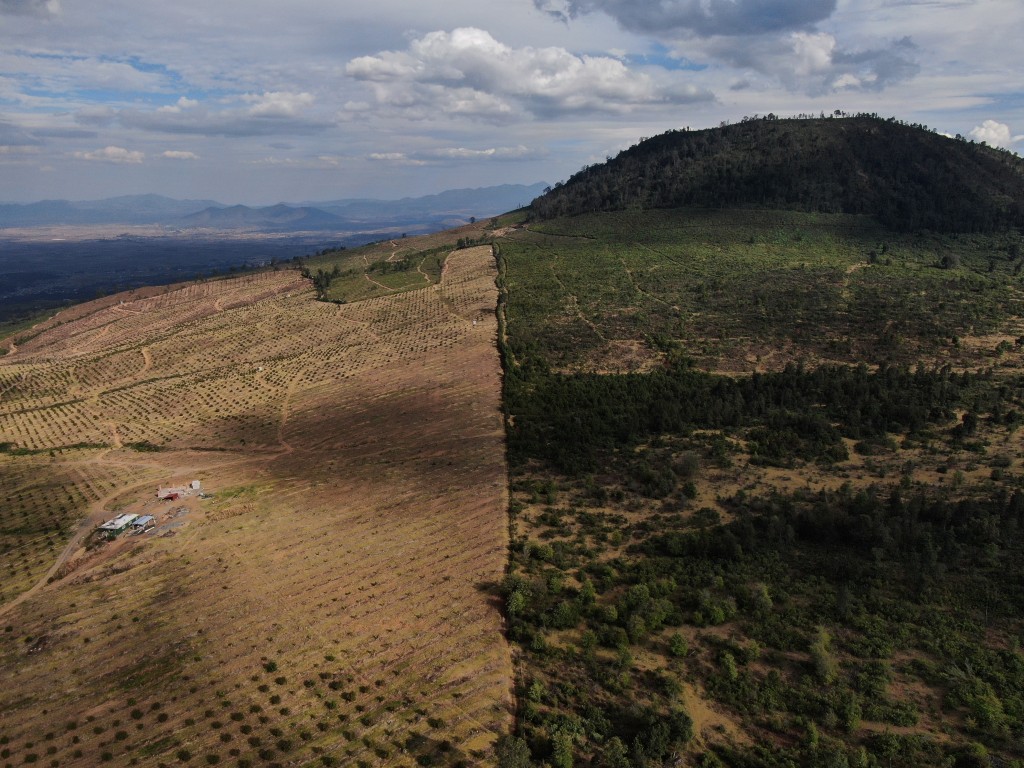 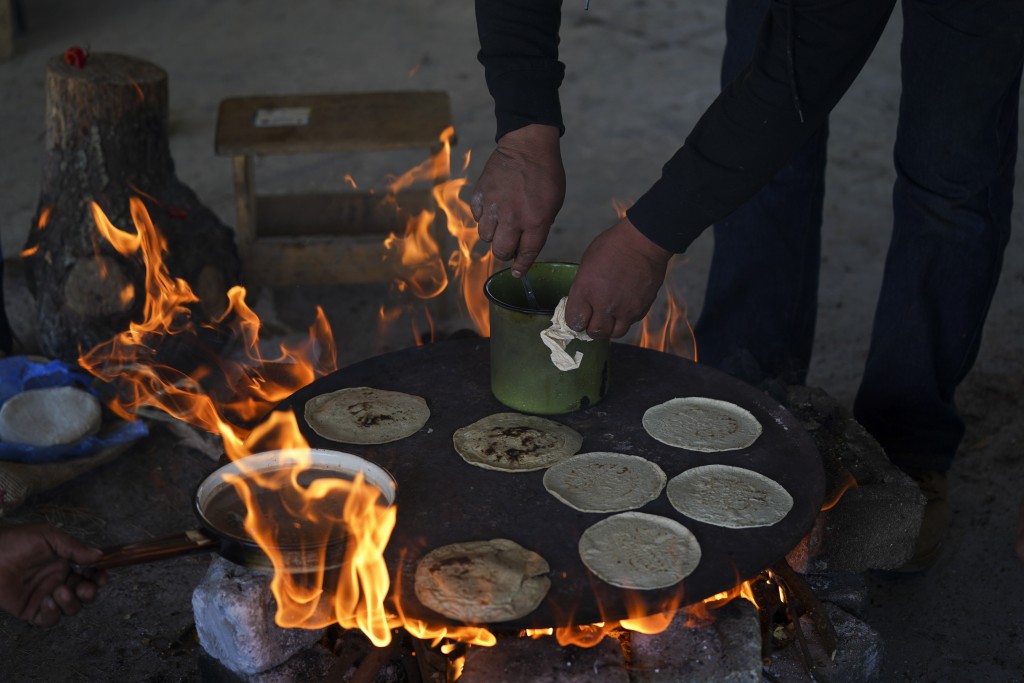 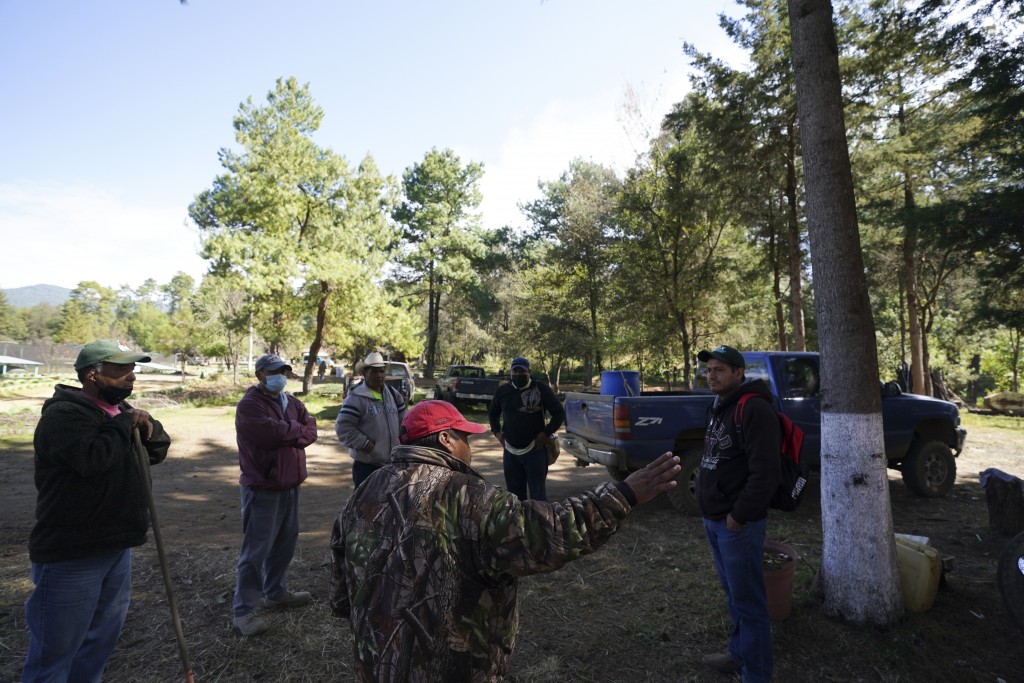 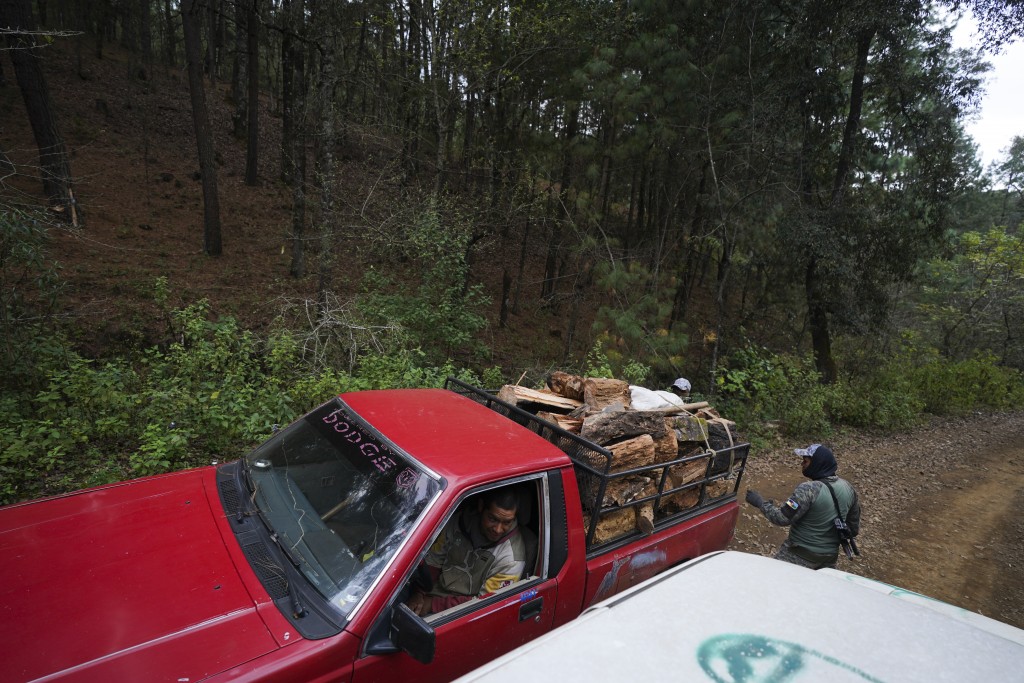 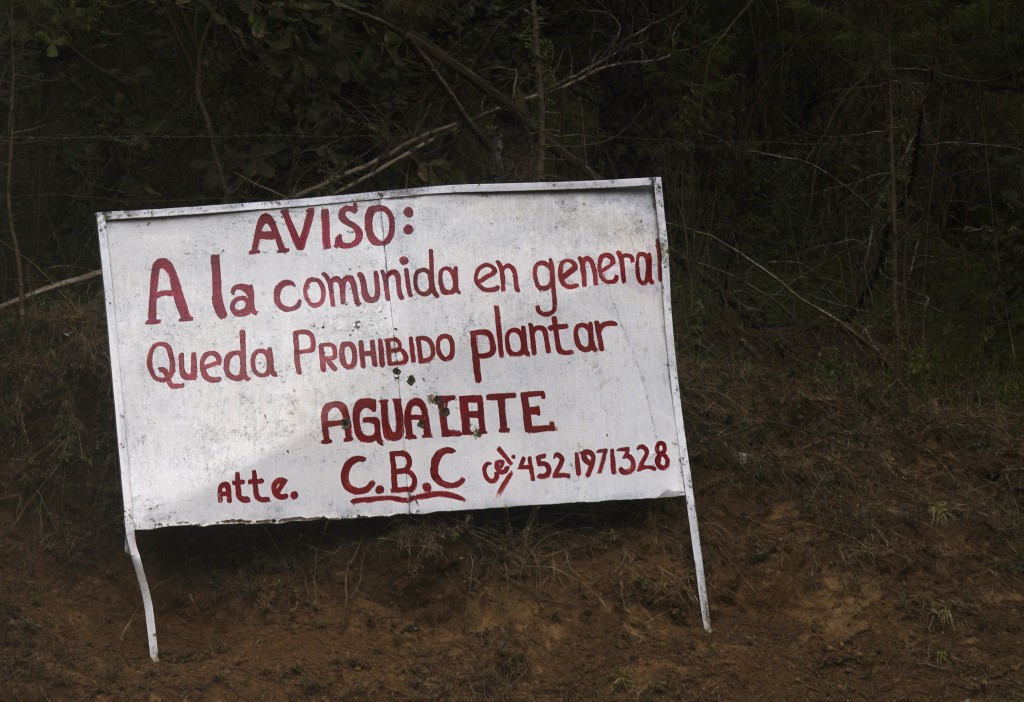 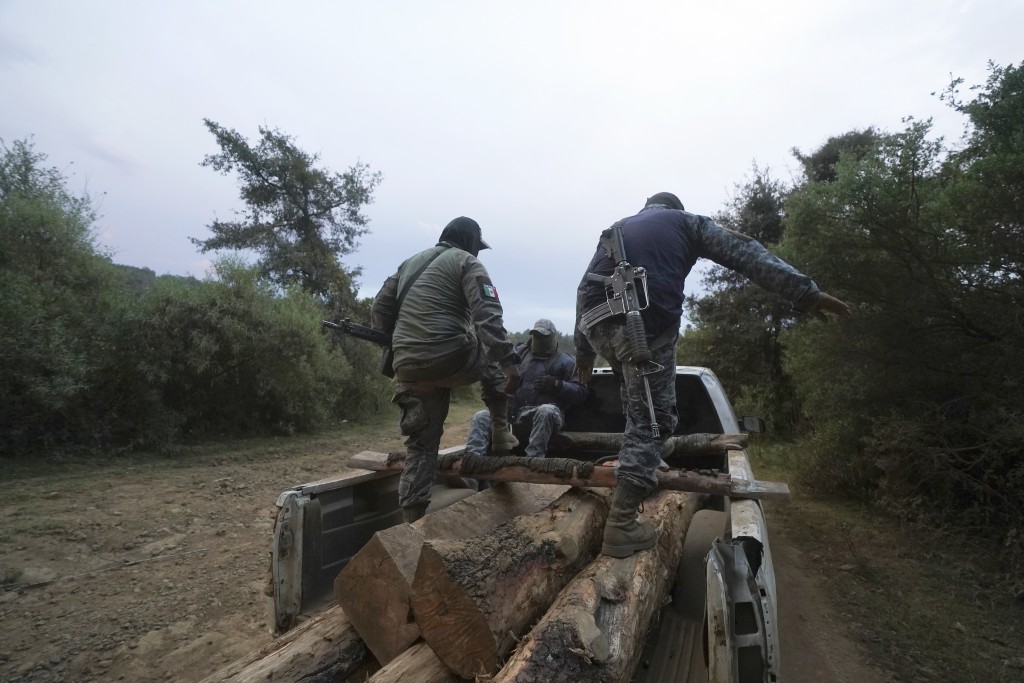 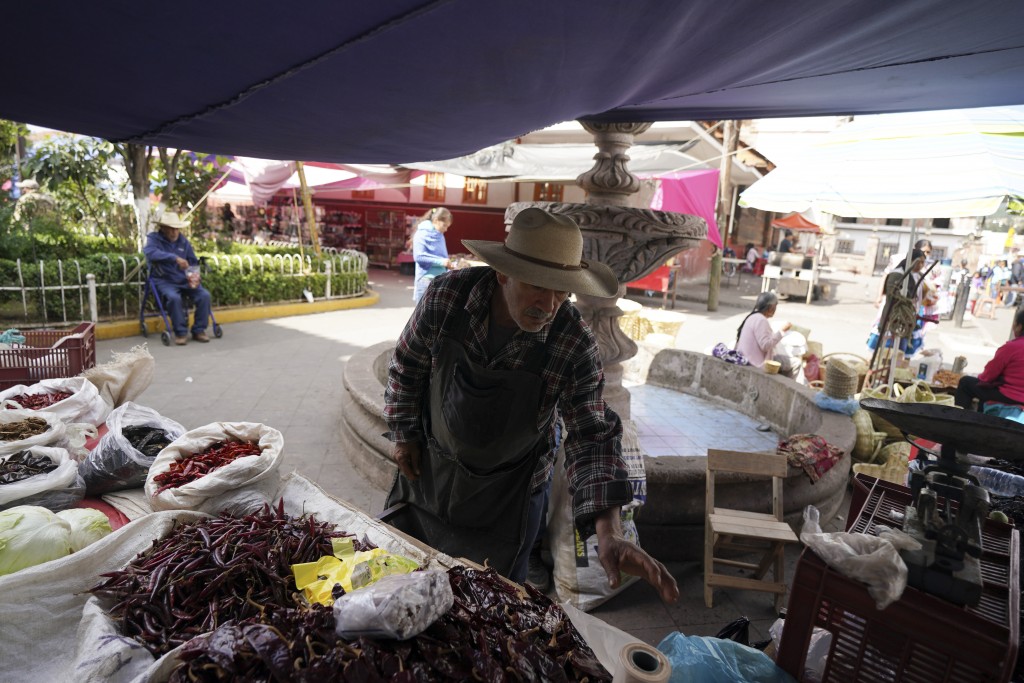 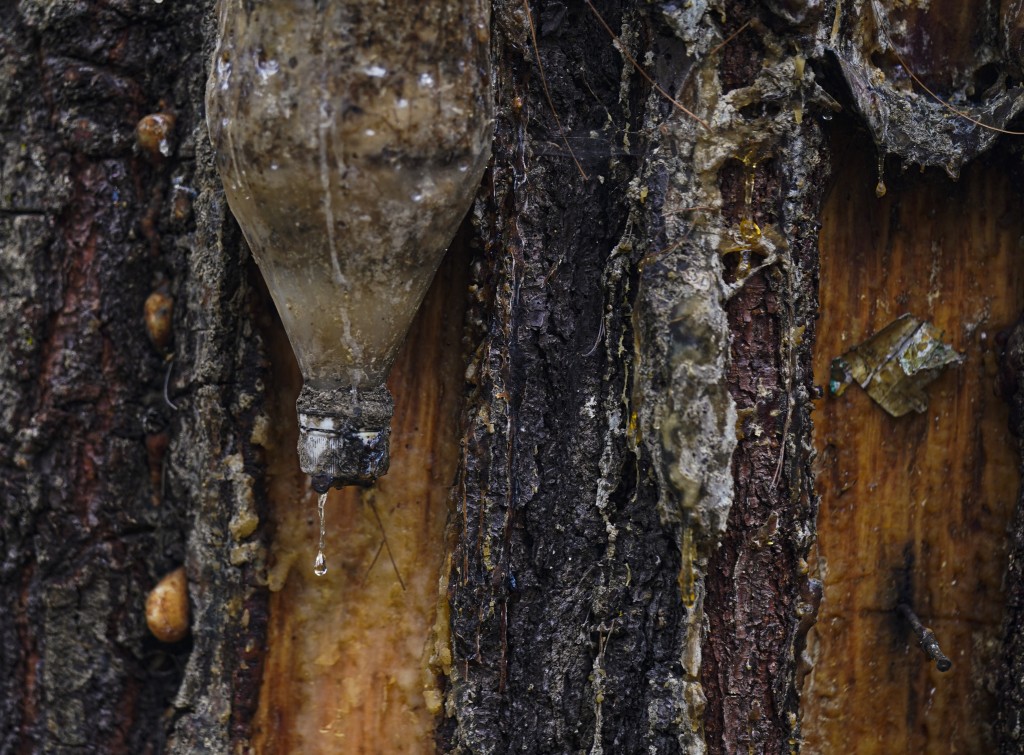 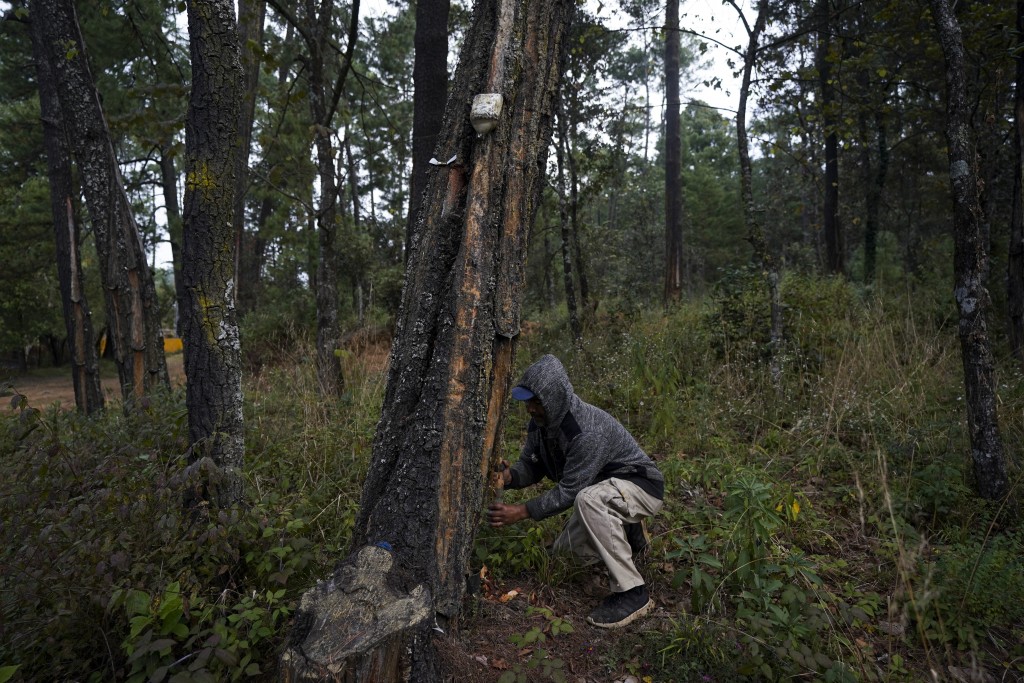 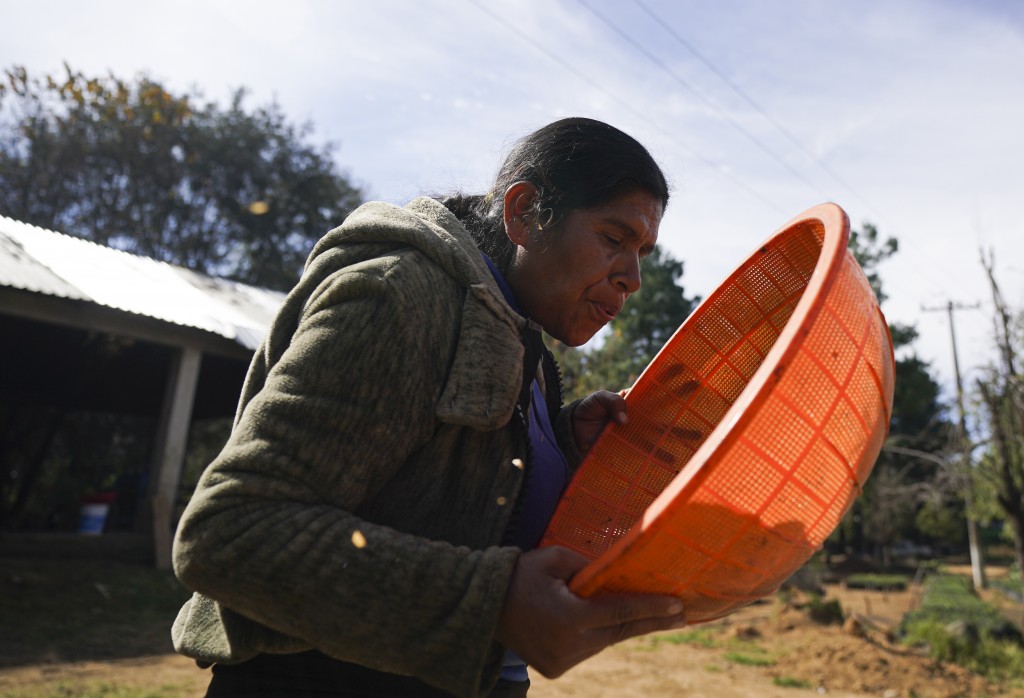 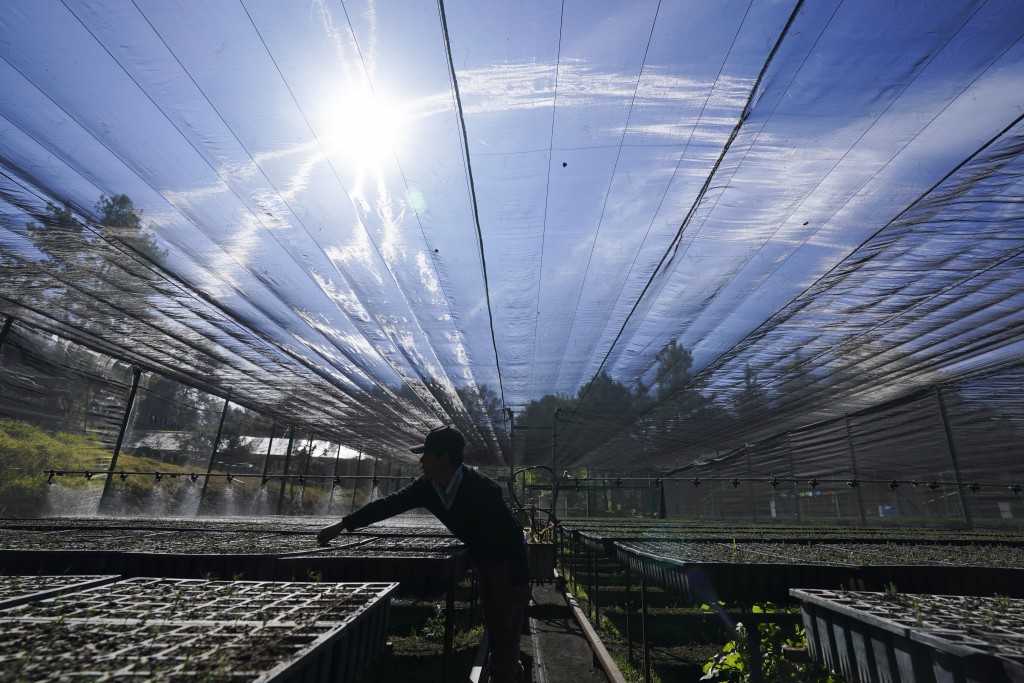 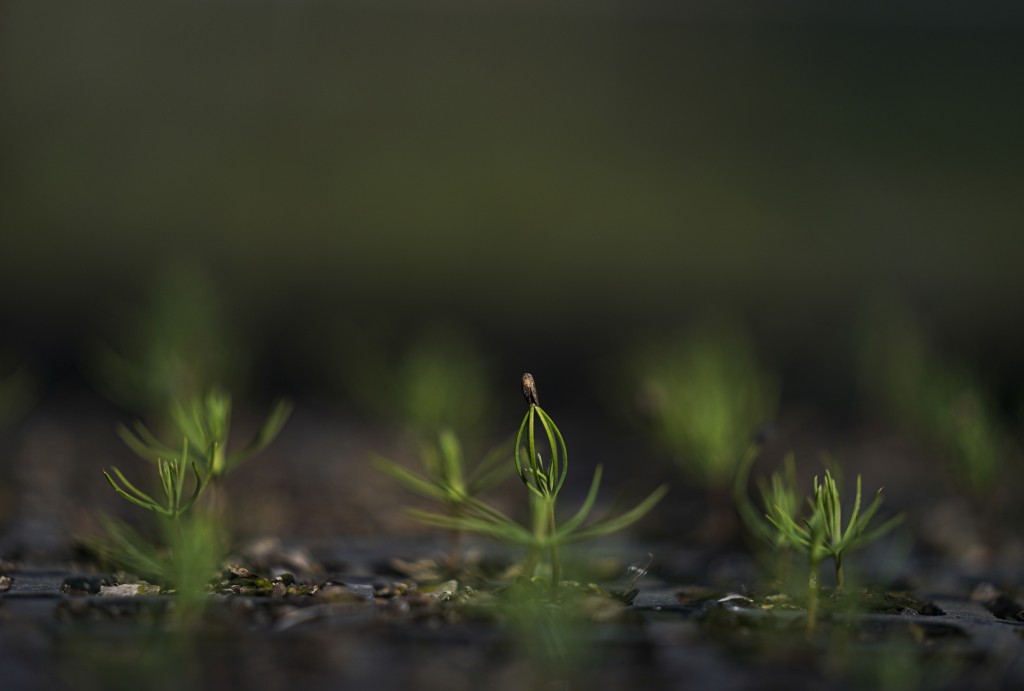 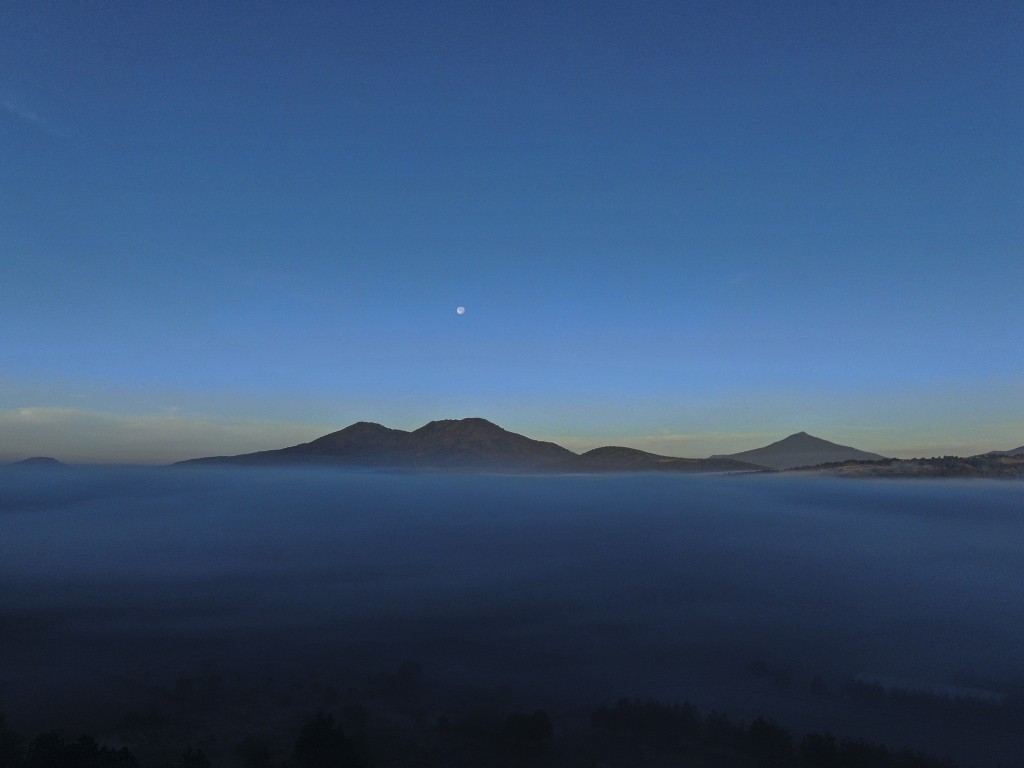 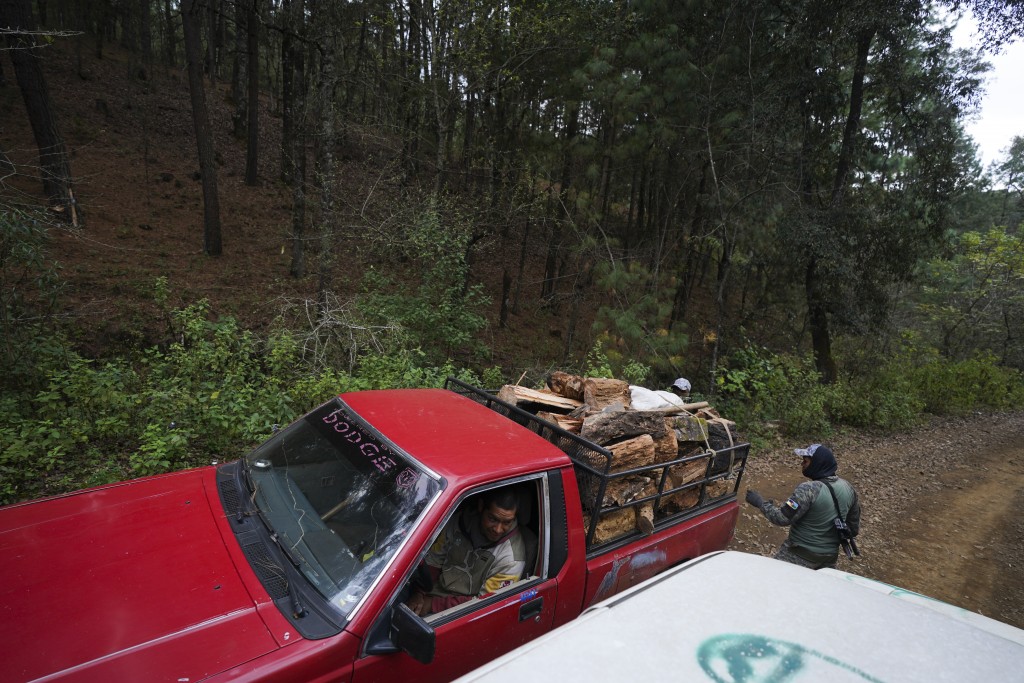 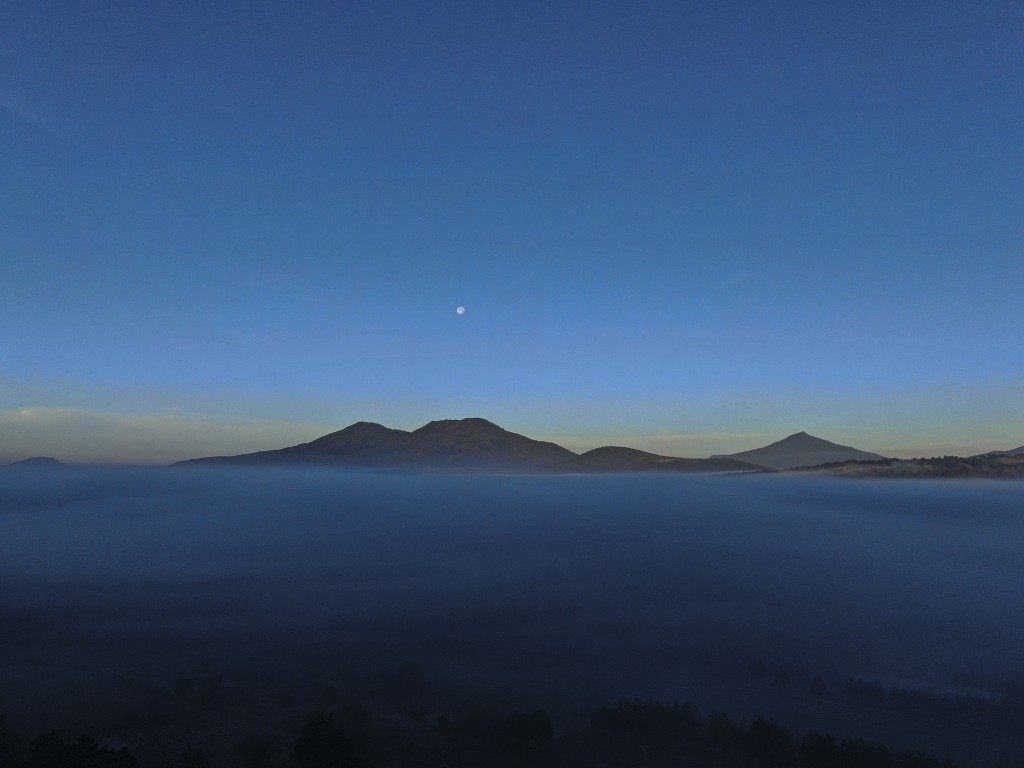 CHERAN, Mexico (AP) — Regular citizens have taken the fight against illegal logging into their own hands in the pine-covered mountains of western Mexico, where loggers clear entire hillsides for avocado plantations that drain local water supplies and draw drug cartels hungry for extortion money.

In some places, like the Indigenous township of Cheran in Michoacan state, the fight against illegal logging and planting has been so successful it’s as if a line had been drawn across the mountains: avocados and cleared land on one side, pine forest on the other. But it has required a decade-long political revolt in which Cheran’s townspeople declared themselves autonomous and formed their own government.

Other towns, bullied by growers and drug cartel gunmen, struggle on but are often cowed by violence.

David Ramos Guerrero, a member of the self-governing farmers board, says farmers here have agreed on a total ban on commercial avocado orchards, which he contends only bring "violence, bloodshed.”

"People are allowed to have three, four or five, or at most 10 avocado plants to supply food, but commercial planting isn’t allowed,” he said.

The reason is clear. On a patrol, Ramos Guerrero looks out across an almost deforested valley in a neighboring township. Rows of young avocado trees stand in lines up the denuded slopes that once held pine and fir trees.

“This is an island, all around Cheran there has been an invasion of avocados,” he notes.

Anyone who has walked through the cool mountain forest of pine and fir trees in Michoacan knows that the pine canopy protects against heat and evaporation; the thick mat of fallen pine needles acts like a sponge, soaking up and storing humidity; the roots of the pines prevent water and soil from running off the slopes.

But the first thing avocado growers do is dig retaining ponds to water their orchards, draining streams that once were used by people further down the mountain. And then drug cartels extort money from the avocado growers.

“We have realized the only thing avocados do is soak up all the water that our forests produce," Ramos Guerrero said.

Cheran, which began its experiment in self-rule in 2011 by blocking roads used by illegal loggers, now digs trenches across logging roads with backhoes. As far as avocados, Ramos Guerrero says: “We start in a friendly way, by talking (to farmers). If we don’t reach an agreement, then we use force, we tear up or cut down the avocado trees.”

Riding a pair of pickups through the woods, a community patrol of men armed with AR-15 rifles stop and seize an axe, and then a chainsaw from two men cutting up trees. The men will probably get them back with a caution to seek permission next time. The patrols find already cut pine logs hidden in the brush along the road and seize them, heaving them onto one of the trucks.

Salvador Ávila Magaña, 65, remembers how it was before the Cheran uprising in 2011. He was scared off his land by threats from loggers, who then clear-cut his land.

“The last threat was that if we showed up there (at his land) again, they were going to kidnap us, we were going to be found in bags,” Ávila Magaña said. “Several people were killed and they were found in pieces, burned.”

But even though his 45-acre (18 hectare) plot had been completely logged, Ávila Magaña decided to plant back pine trees, hoping “to leave something for my children or grandchildren,” who he hopes can resume what had once been a sustainable forestry practice of extracting pine resin for turpentine or cosmetics.

“We reached an agreement among the communal farmers that we weren't going to plant avocados, we were going to only plant trees that produce good oxygen,” he said.

Avocados have been nothing short of a miracle crop for thousands of small farmers in Michoacan. With a few acres of well-tended avocado trees, small landholders can send their kids to college or buy a pickup truck, something no other crop allows them to do.

But because of the immense amount of water they need, the expansion of avocados has come by moving into humid pine forests, rather than disused corn fields.

Neither the growers nor exporters have made any serious effort to ensure their avocados come from sustainable orchards. The Mexican Avocado Growers Association did not respond to requests for an interview.

If the battle has been temporarily won in Cheran, it is still being fought in other towns in Michoacan that haven’t had a citizen takeover of local government.

About 60 miles away in the town of Villa Madero, activist Guillermo Saucedo tried to institute the kind of farmers’ patrols used in Cheran to detect illegal logging and unauthorized avocado orchards. He got as many as 60 or 70 people to participate in the patrols, starting in May 2021.

But by Dec. 6, Saucedo says he had perhaps spoken too forcefully at meetings or angered the powerful allies of the loggers and avocado growers: he ran up against drug cartel gunmen.

“A white SUV with tinted windows cut me off,” Saucedo recalled a month later. “Three people got out with pistols and rifles and they cocked their guns and pointed them at me ... they started hitting me and forced me into the vehicle.”

Along the ride, they tossed a jacket and a ski mask over his head and kept hitting him in the head with the rifle stocks and the butts of their pistols. Later at a safe house, they repeatedly asked him about a detained cartel boss, but Saucedo thinks that was a cover for their real interest — his community organizing.

“They kept beating me until they got tired,” he said. Hours later, they abandoned him on a dirt path in a distant township, and instructed him to blame a rival cartel for his abduction.

The patrols ceased and Saucedo has been forced to lay low in his home village of Zangarro. His requests to the federal government for protection have so far gone unheeded, in a country where, over the last three years, 96 community, environmental or rights activists have been murdered.

Saucedo and environmentalist Julio Santoyo are unsure what the exact links between the drug cartel and the loggers and avocado growers in Villa Madero are.

Santoyo believes the gangs could be directly investing in avocado plantations. It would not be beyond belief in Michoacan, where in 2010 another cartel, The Knights Templar, actually took over the business of mining iron ore and exporting it to China.

Saucedo thinks the cartels are protecting the loggers and growers.

“They are acting as Godfathers for them, protecting them,” Saucedo said. Certainly, avocado growers in other parts of the state have often complained that drug cartels were demanding payment for each shipment of fruit, and it's easy to see why the gangs would want more production.

In Villa Madero, which was once surrounded by solid pine forests, Santoyo recently used Google Earth to count about 360 retention ponds that avocado growers have dug to feed their thirsty groves. Saucedo says now that many of the pine forests have been cut down, avocado growers are resorting to deep wells, further depleting the water table.

Santoyo says he has also received indirect threats from a cartel to “tone it down” with his activism. But he says local farm families are already being affected by the avocado plantations.

“People in this area have traditionally been able to get water from the streams for their animals, goats, cows or sheep,” Santoyo said. “They can't find water anymore, sometimes even for themselves, and now they have to haul it in pickup trucks or on foot or with horses.”