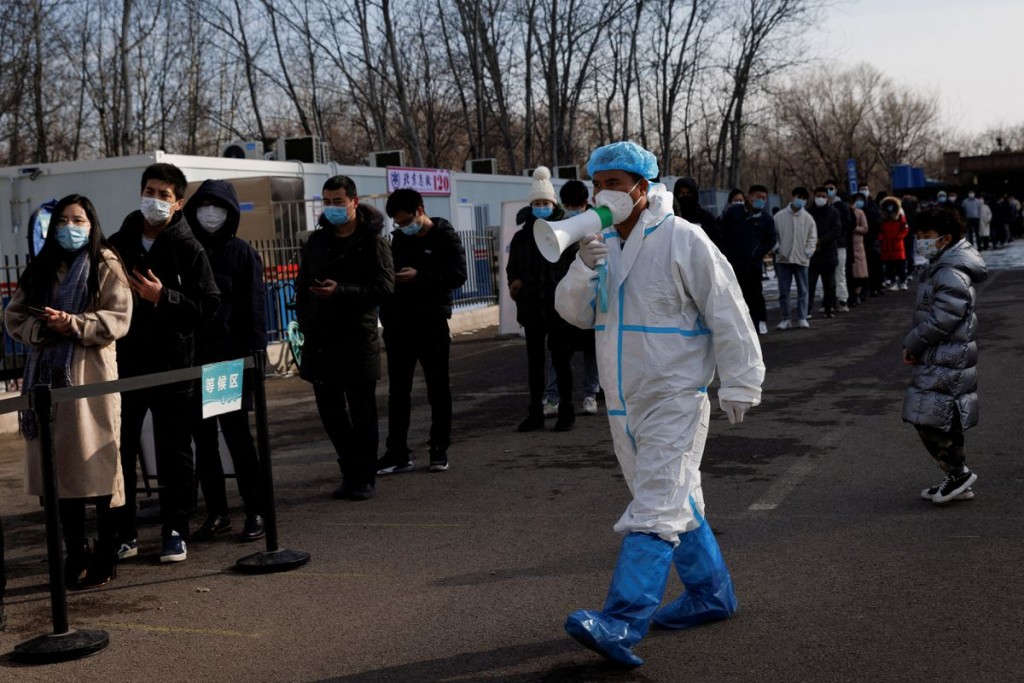 China's "zero-COVID" stance has put it at odds with the rest of the world and is exacting a mounting economic toll, but an exit strategy remains elusive as authorities worry about the ability of the healthcare system to cope and adapt to new strains.

The emergence of the highly transmissible Omicron variant dashed those hopes.

While some analysts have branded China's approach as "unsustainable", many local health experts - and some from overseas - say the country has no choice but to continue given its less developed health system.

Some even argue China's economy could even emerge stronger than ever if it keeps Omicron at bay.

"For a large country with a population of 1.4 billion, it must be said that the cost effectiveness of our country's prevention and control has been extremely high," said Liang Wannian, head of the expert epidemic prevention group at China's National Health Commission, at a Saturday briefing.

Kristalina Georgieva, managing director of the International Monetary Fund, called on China last week to "reassess" its approach, saying it had now become a "burden" on both the Chinese and global economies.

But China is concerned the cost of lowering its defences could prove even higher, especially with a healthcare system that has lagged its broader development.

"With a large population and high density the government is rightly concerned about impacts for the spread of the virus," said Jaya Dantas, professor of international health at the Curtin School of Population Health in Perth, Australia.

China is also wary of the risk of new variants, especially as it refuses to import foreign vaccines. Studies suggest China's vaccines are less effective against Omicron and it has not yet rolled out its own mRNA version.

Wu Zunyou, chief epidemiologist at the Chinese Center For Disease Control and Prevention, warned the "insidious" Omicron could still lead to a rise in the absolute number of deaths even if it was proven to be less deadly, and China must remain patient.

"China's medical capacity and standards are not as good as Britain or the United States, but the results of China's coronavirus prevention and control are far, far superior," he said in a weekend interview with the Beijing News.

China has stepped up its health warnings, urging citizens to ignore claims that Omicron is no more serious than the 'flu and to stay vigilant.

On Wednesday, the Global Times, published by the official People's Daily, also lashed out at overseas media for "mocking" China's policies, saying they saved lives.

Foreign criticism was "based on unfounded or premature optimism regarding the end of the pandemic", it added.

Experts in China and overseas have also cast doubt on the hope that Omicron represents the final stage of the pandemic.

"SARS-CoV-2 will not magically turn into a malaria-like endemic infection where levels stay constant for long periods," said Raina MacIntyre, head of the Biosecurity Research Programme at the University of New South Wales' Kirby Institute.

China's economy is expected to slow as a result of COVID related supply disruptions, while lockdowns to douse domestic outbreaks weigh on travel and consumption.

Hong Kong's "zero-COVID" approach has put the Chinese-controlled city out of step with other global finance centres and is battering its economy.

MacIntyre of the Kirby Institute said it wasn't a "binary choice" between opening up and remaining isolated, adding there was "no need to surrender to the virus, as Australia is doing at the moment."

China could still emerge from the crisis in the strongest position, especially if COVID leads to widespread cognitive impairment, organ damage and other long-term conditions in other countries, she said.

"If China keeps the virus largely under control, their population will be fit and healthy into the future, while the United States and Europe will be groaning under an unprecedented burden of chronic disease."