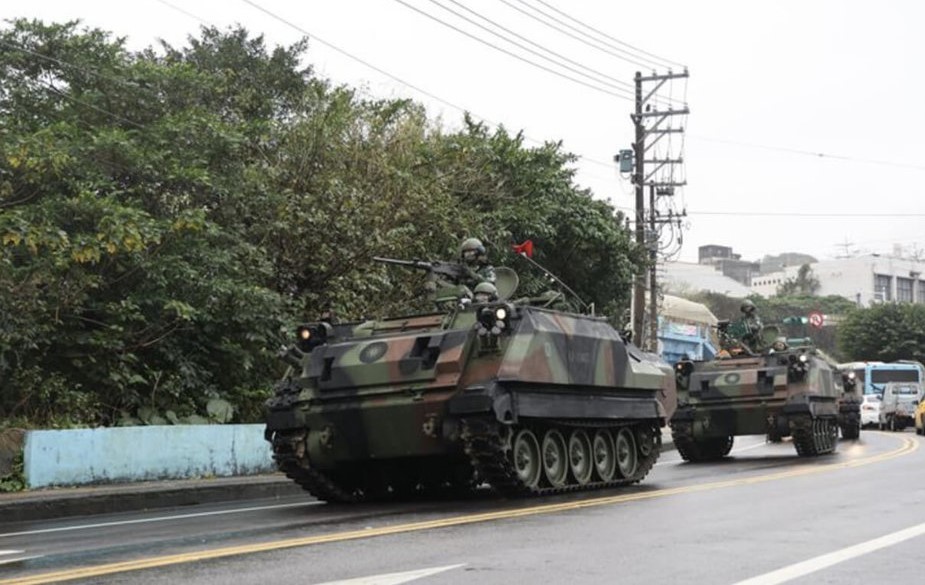 The Guandu Area Command’s 2nd battalion conducted a combat readiness inspection to ensure its CM-21 armored personnel carriers were in working order and carried out a test of in-vehicle communication equipment. Troops practiced chain of command procedures and conducted a long-distance march.

In recent years, military exercises have been held on public grounds. Troops, weapons, and vehicles are now often spotted near riverside parks in the greater Taipei area.

Additionally, since the Tamsui river mouth is only 10 kilometers away from the Presidential Office, areas such as New Taipei City, Bali, and Taipei Port have been regarded by the military as key areas of protection. The Guandu Area Command even simulated blowing up the Guandu Bridge and deployed land mines to prevent an imaginary Chinese force from attacking.