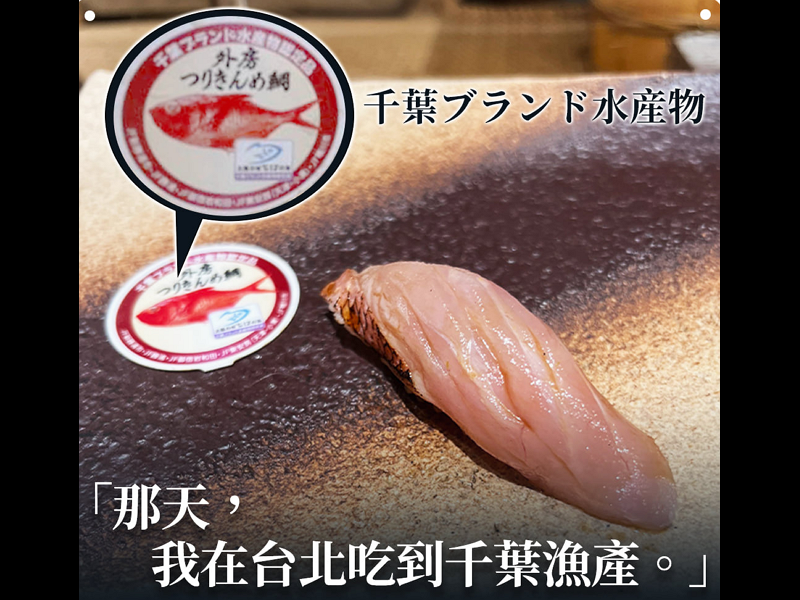 Chung said in a Facebook post she was shocked to find that sashimi made from fish labeled as being from Chiba was provided at a Japanese restaurant she visited last week. The chef, apparently unaware of the food ban, said seafood from the prefecture has been available on the Taiwanese market for a long time, Chung wrote.

The councilor accused the government of lax inspection and of condoning violations.

After an investigation, the Food and Drug Administration (FDA) said Chung had not provided it with any information about the eatery in question but that the agency has punished another business that offers Japanese seafood obtained from dubious sources. The FDA found that labels indicating food was from Chiba had been provided by an upstream supplier.

It warned businesses in the dining industry against false labeling or exaggerated advertising. Violators could be fined up to NT$4 million (US$143,812), per the Act Governing Food Safety and Sanitation (食品安全衛生管理法).

Taiwan imposed a ban on foods imported from Japan's Fukushima, Ibaraki, Tochigi, Gunma, and Chiba prefectures in the wake of the 2011 Fukushima Daiichi nuclear disaster due to concerns over radioactive contamination.

The topic is a bone of contention as the ruling Democratic Progressive Party (DPP) mulls relaxing the restrictions in hopes it will increase Taiwan's chances of joining the Japan-led Comprehensive and Progressive Agreement for Trans-Pacific Partnership (CPTPP). The KMT fiercely opposes lifting the ban, having initiated a successful referendum in 2018 to maintain it.