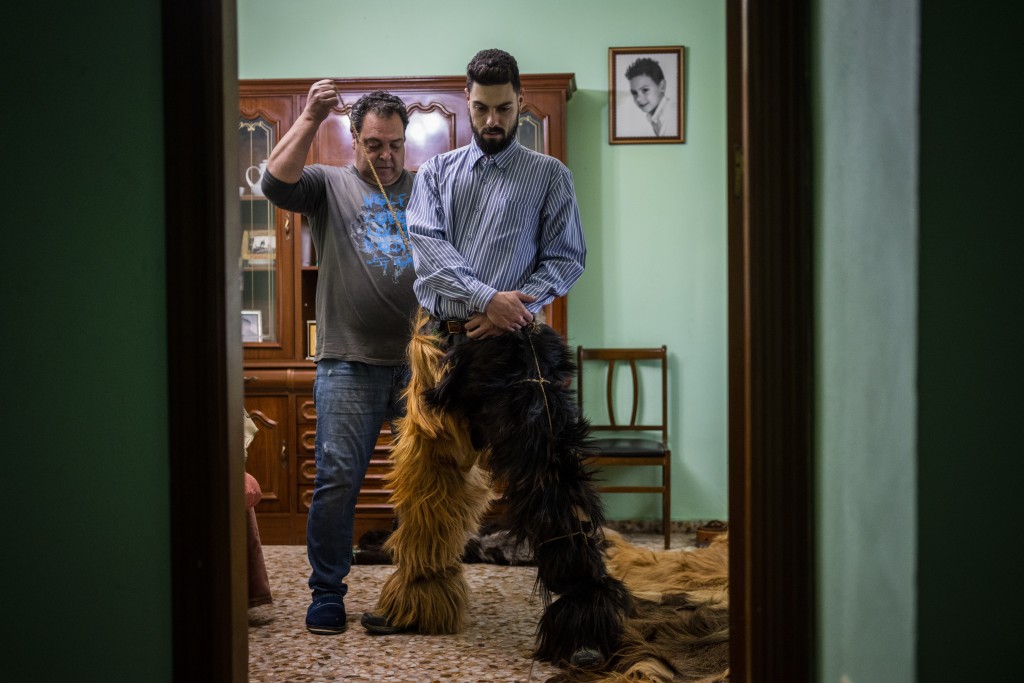 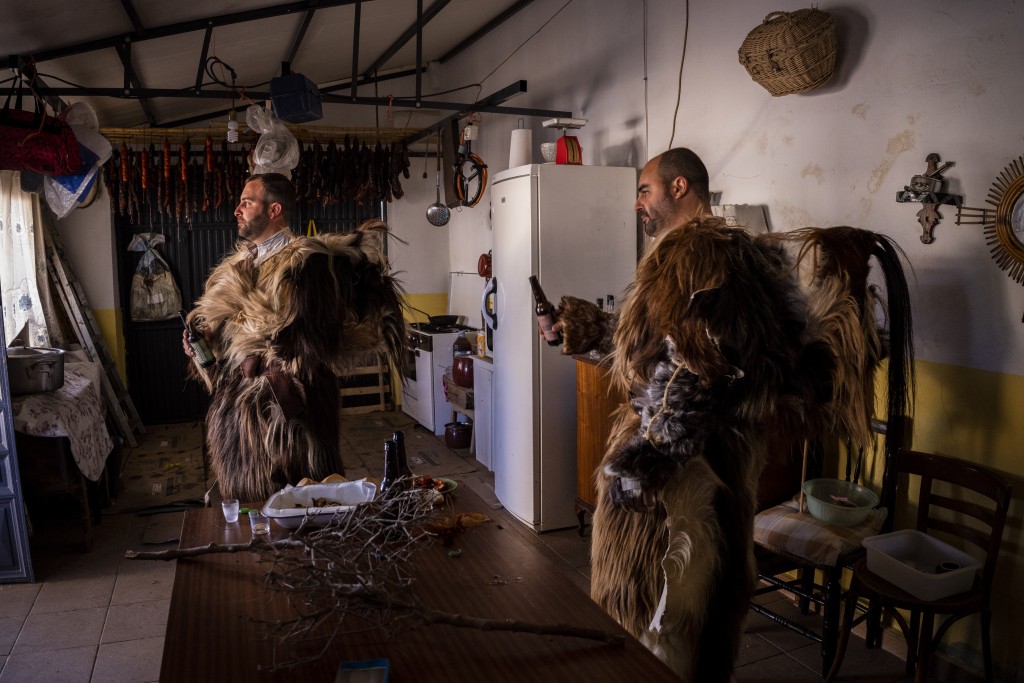 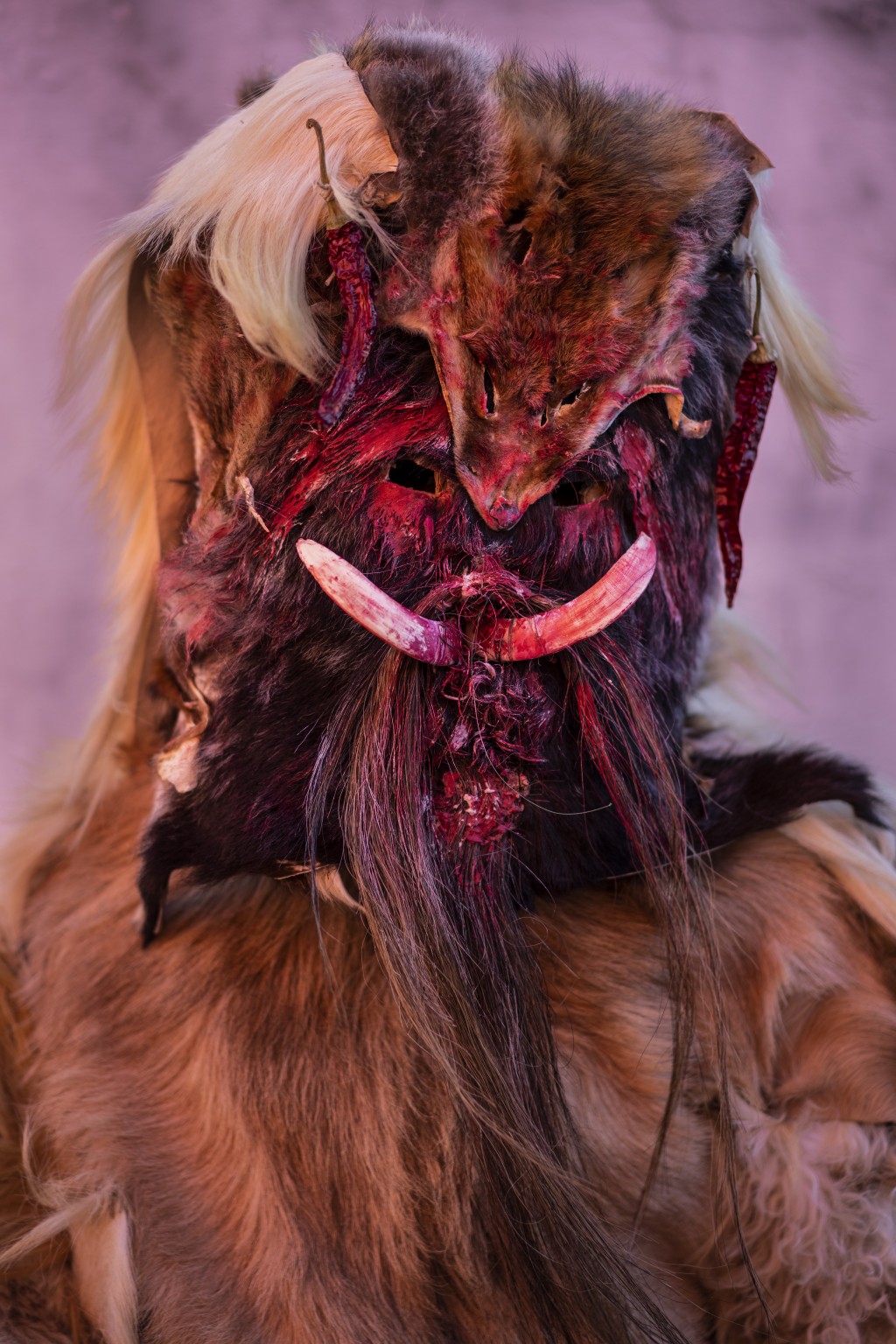 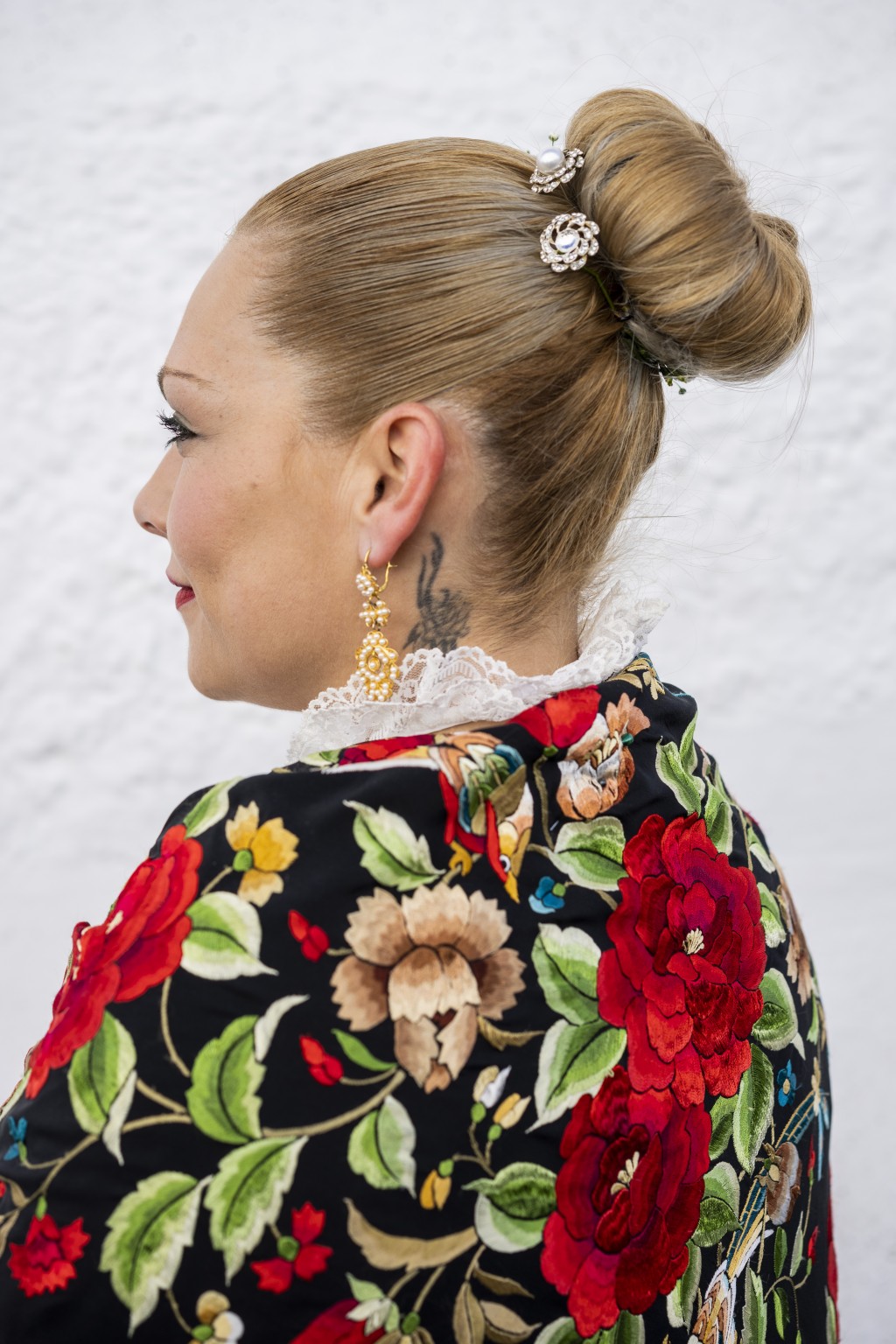 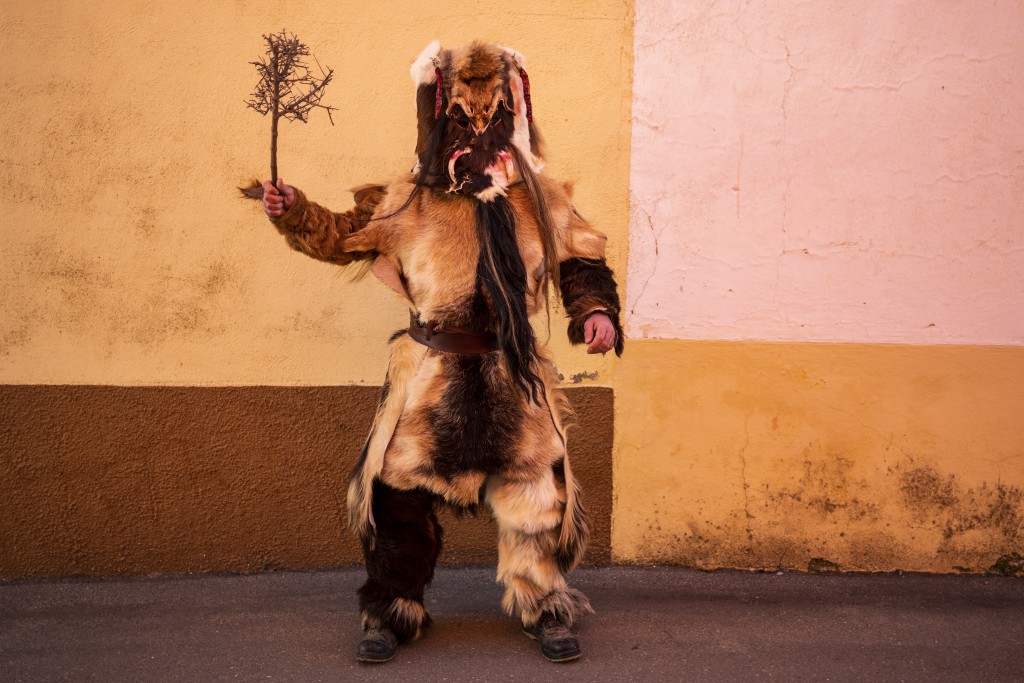 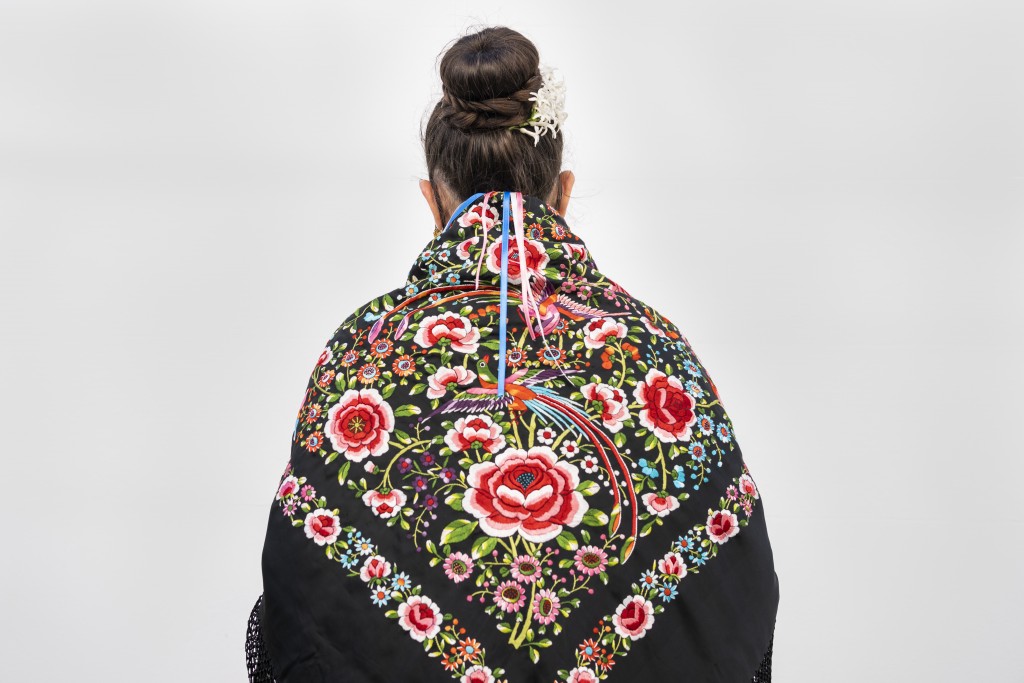 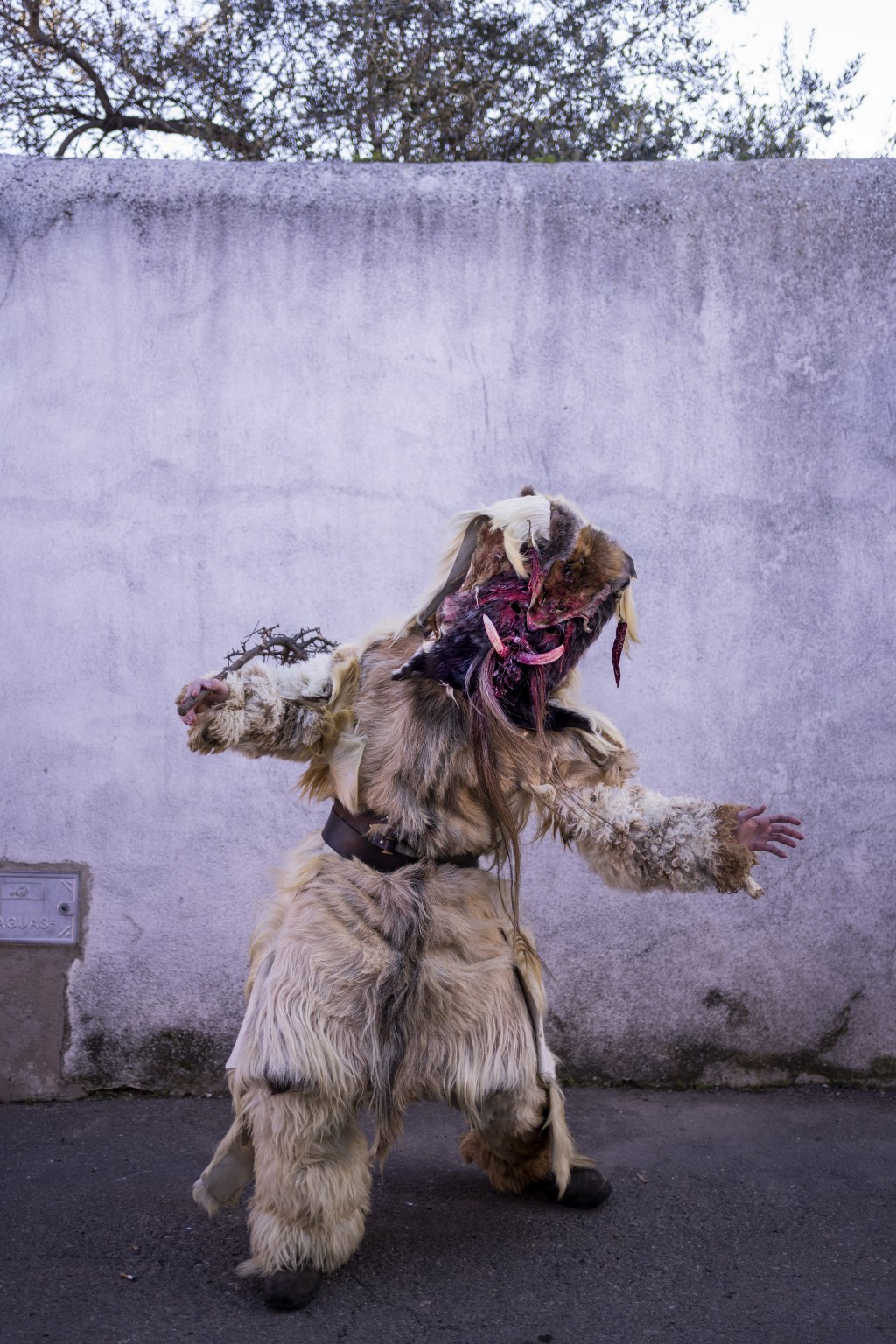 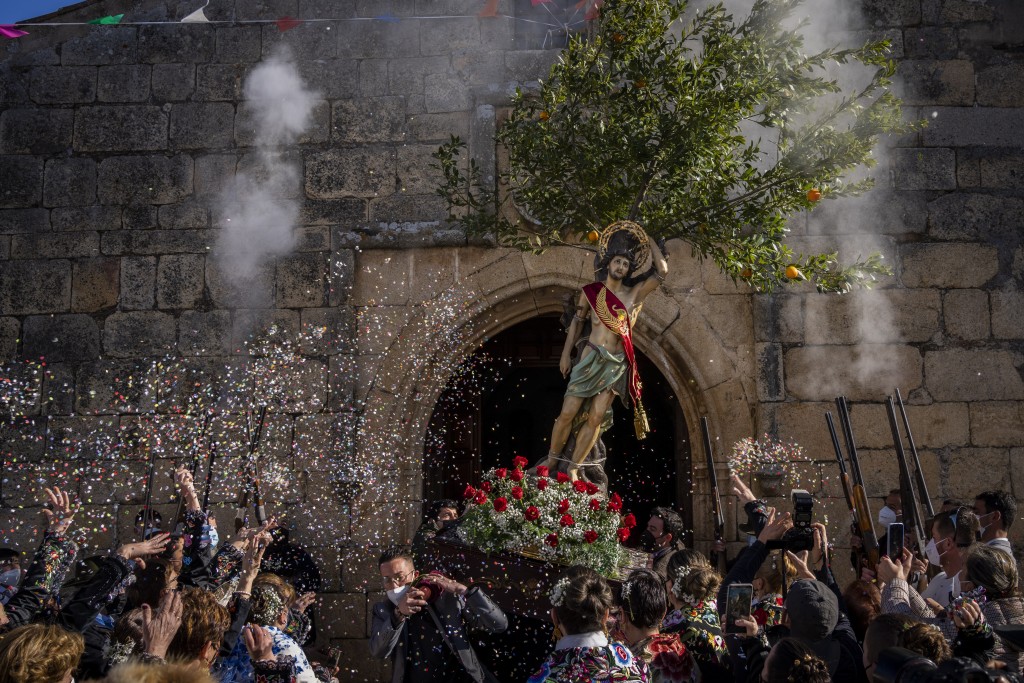 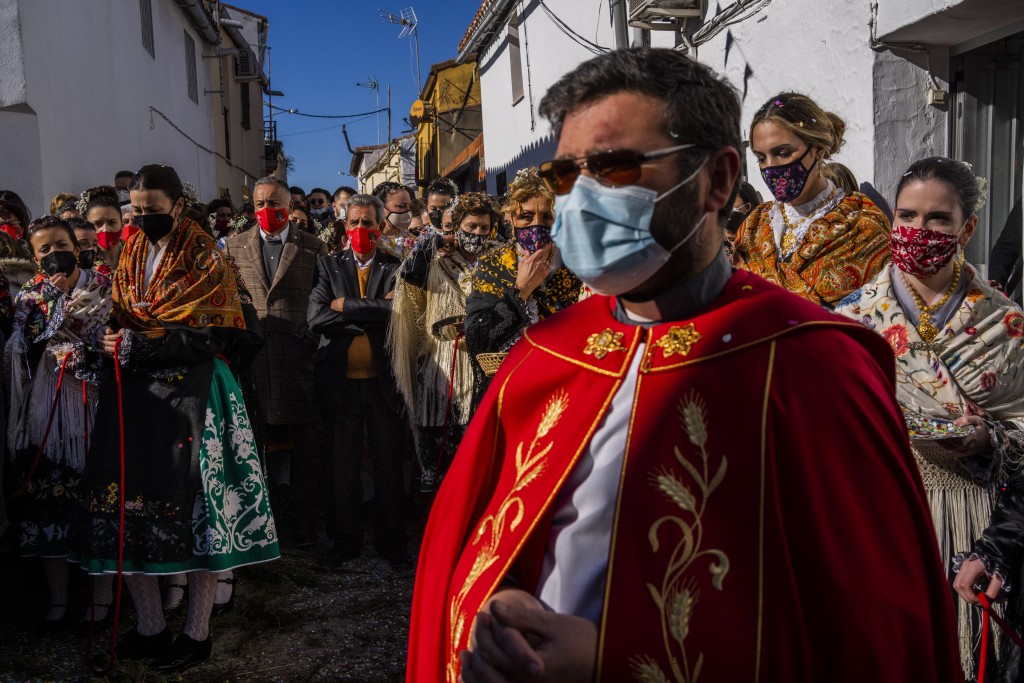 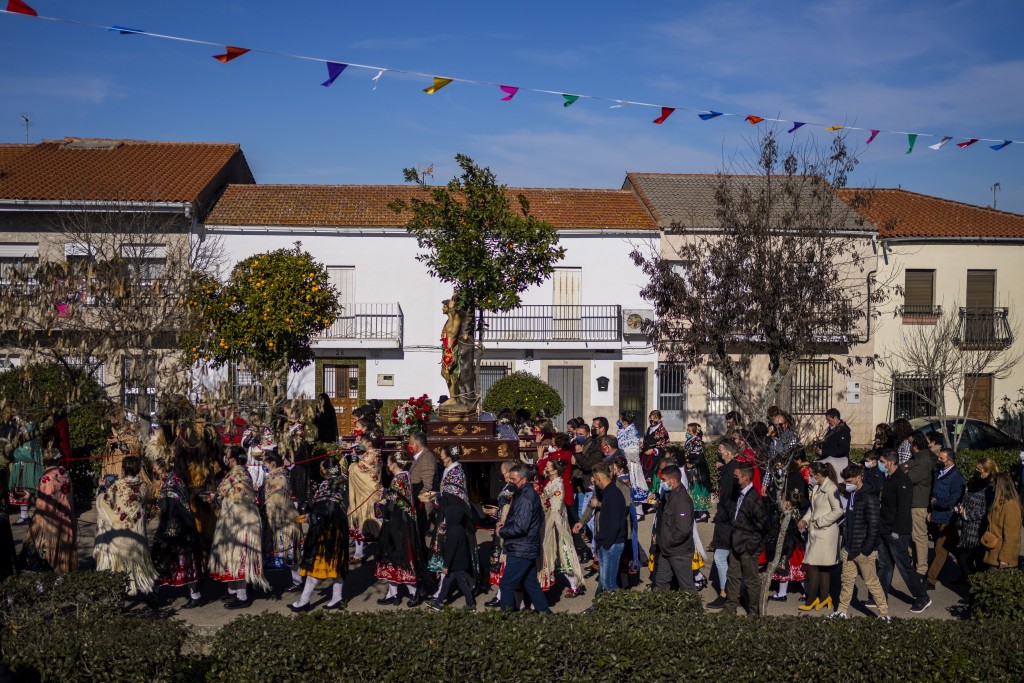 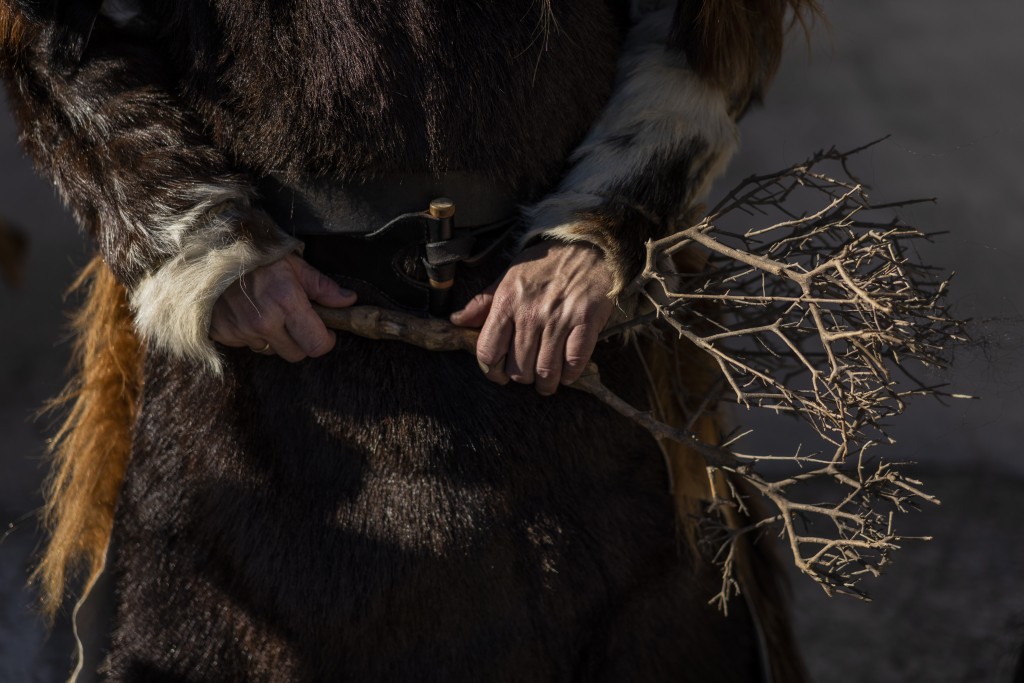 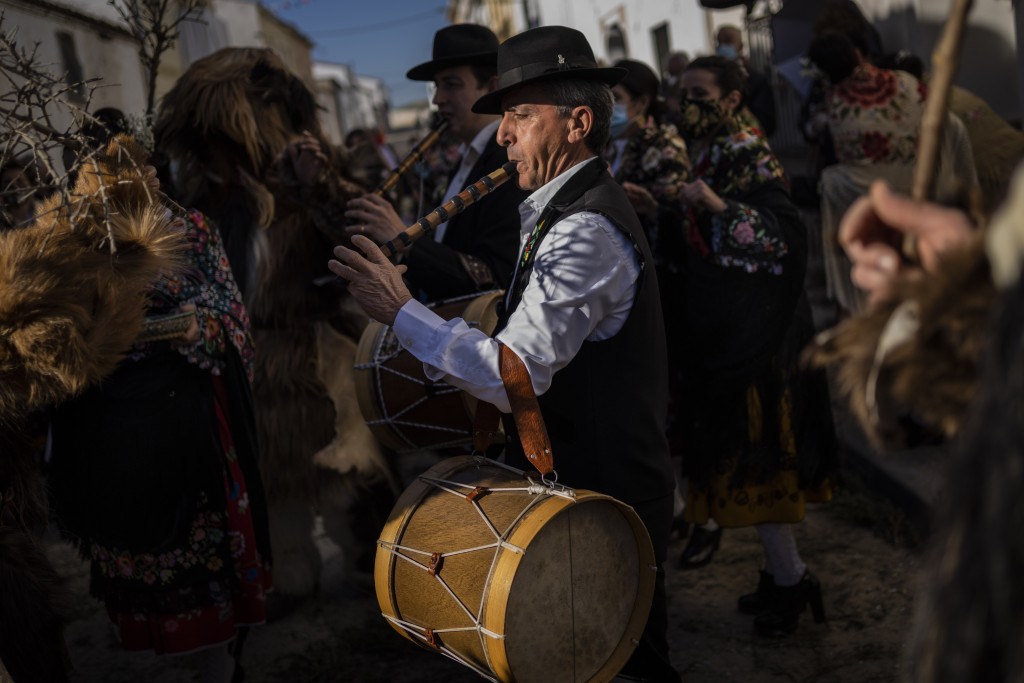 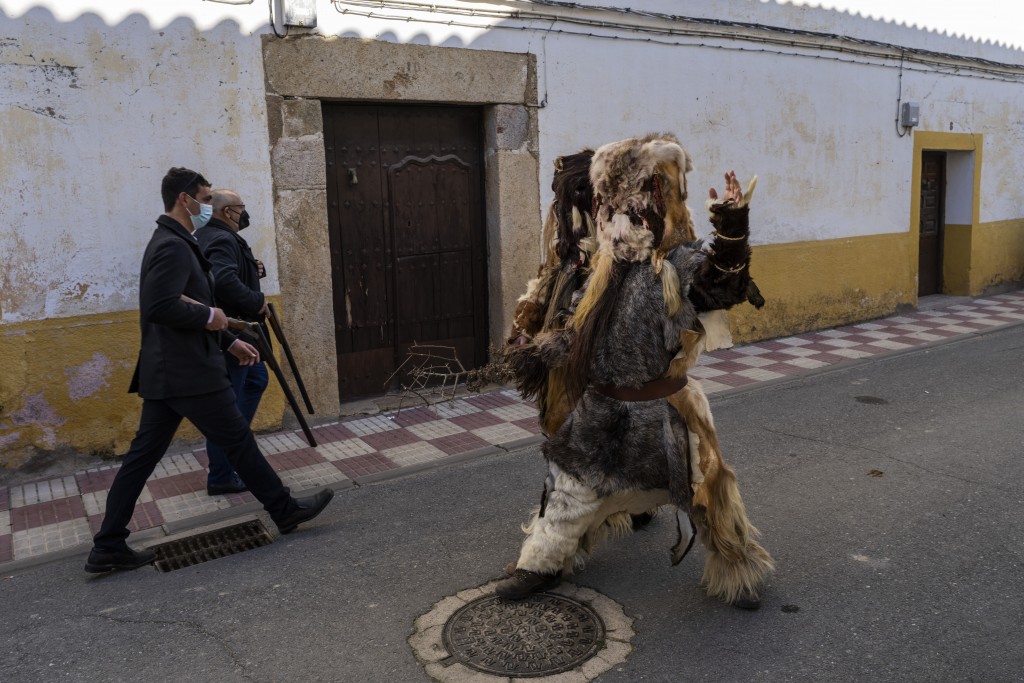 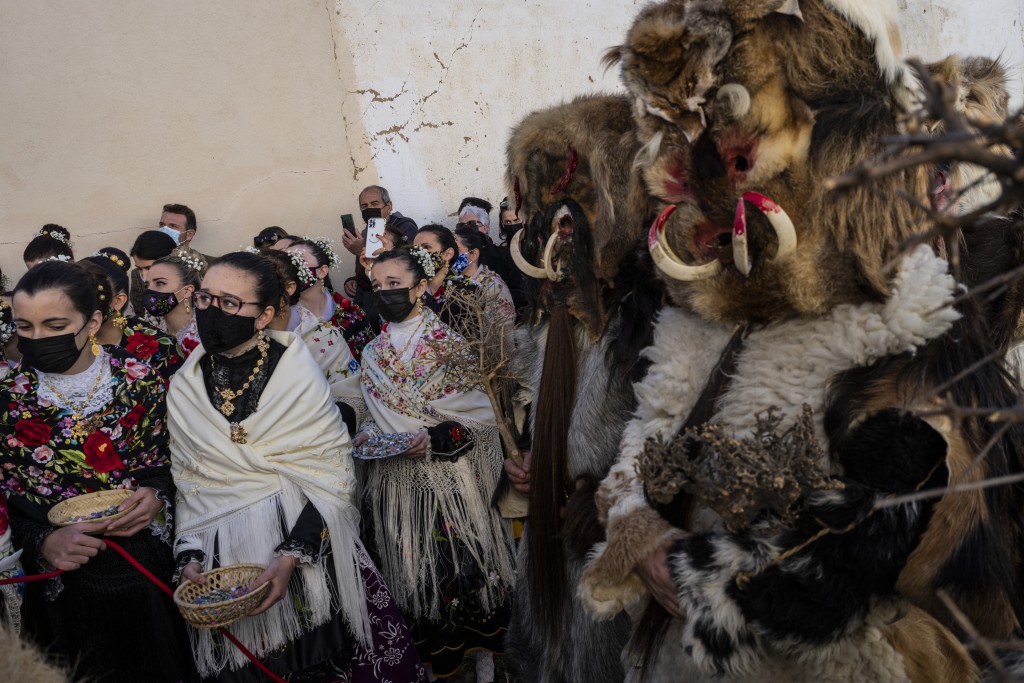 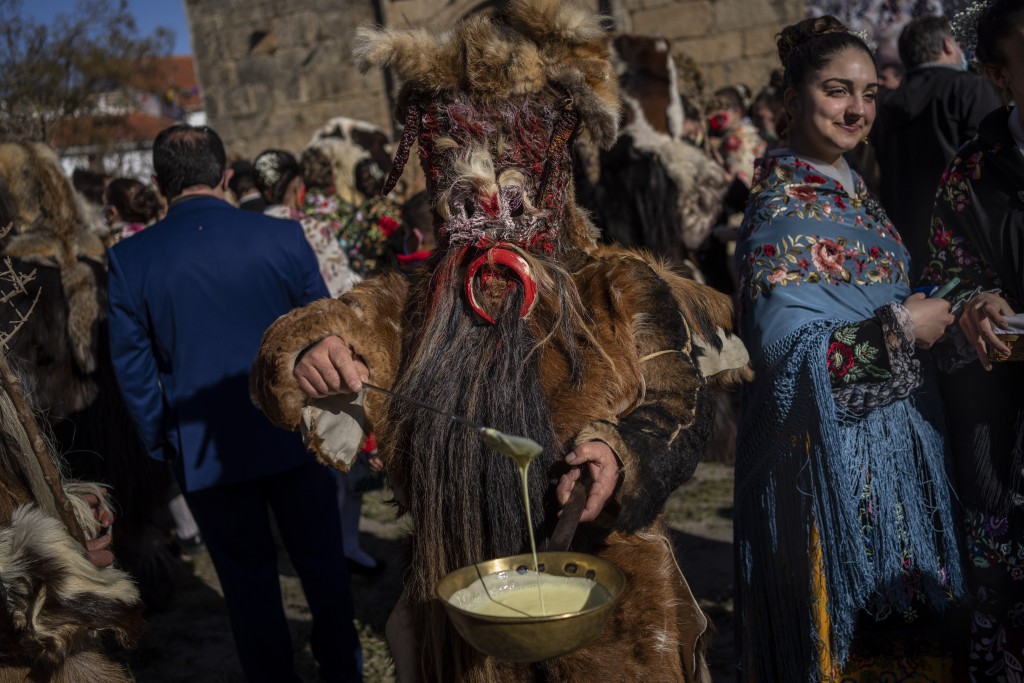 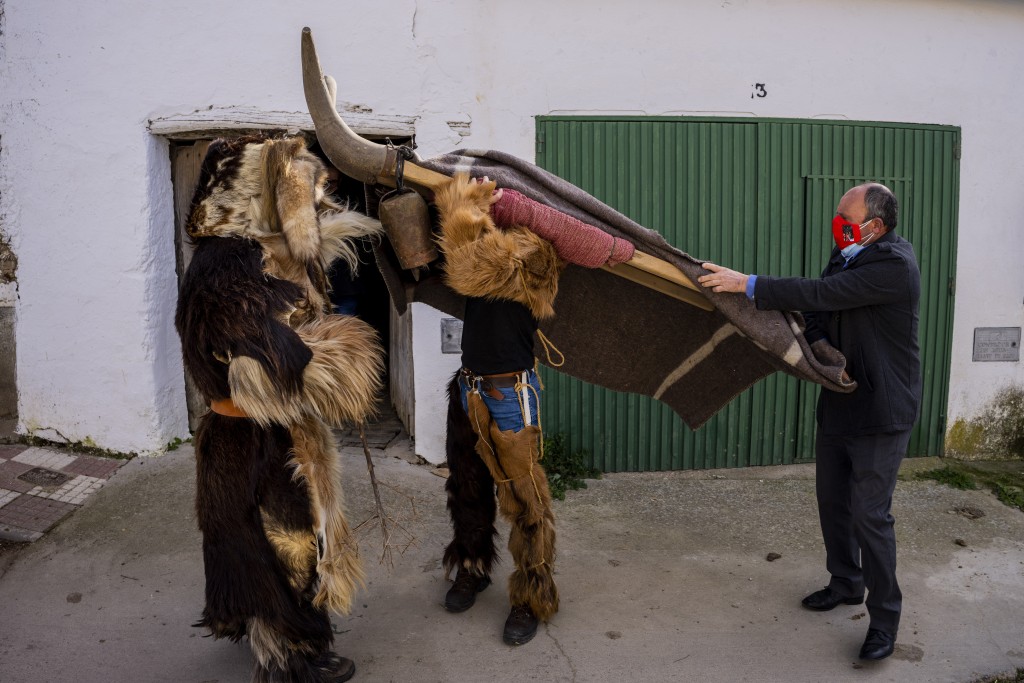 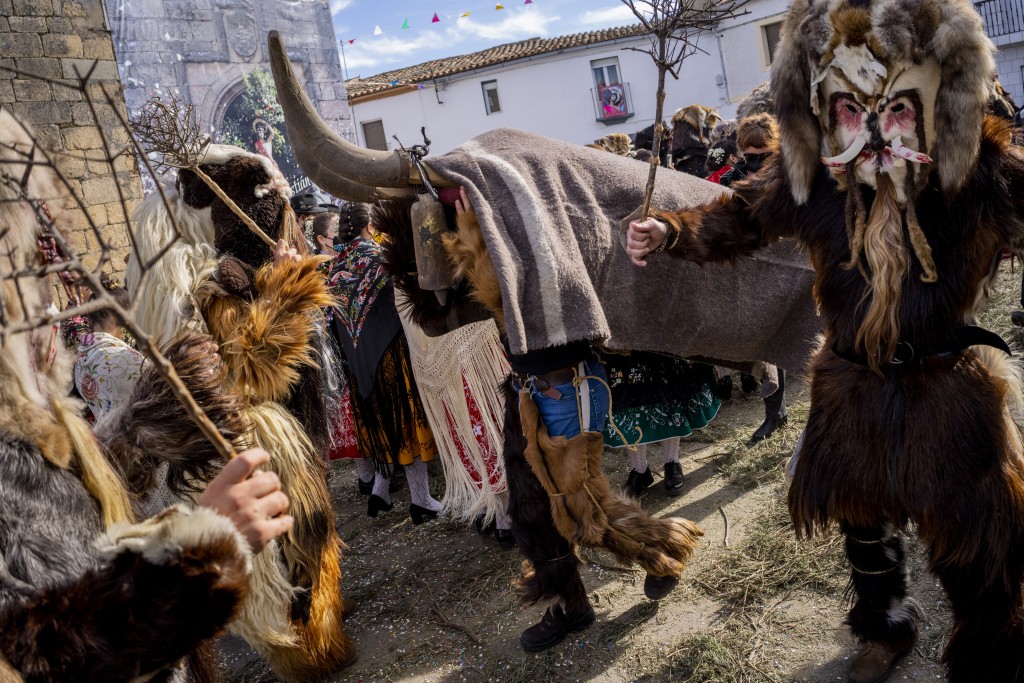 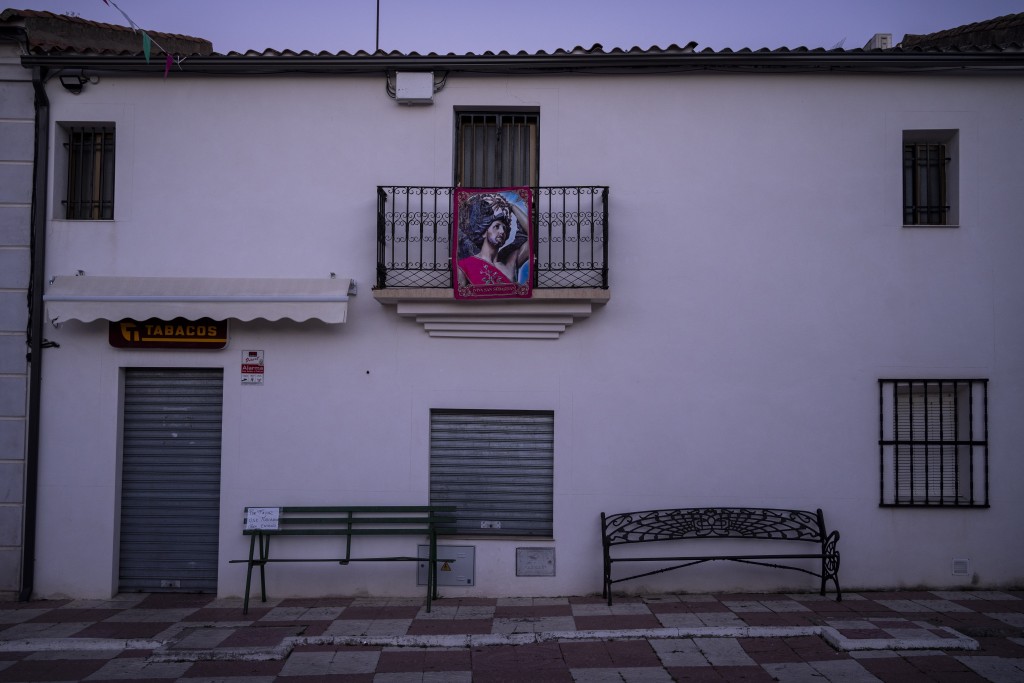 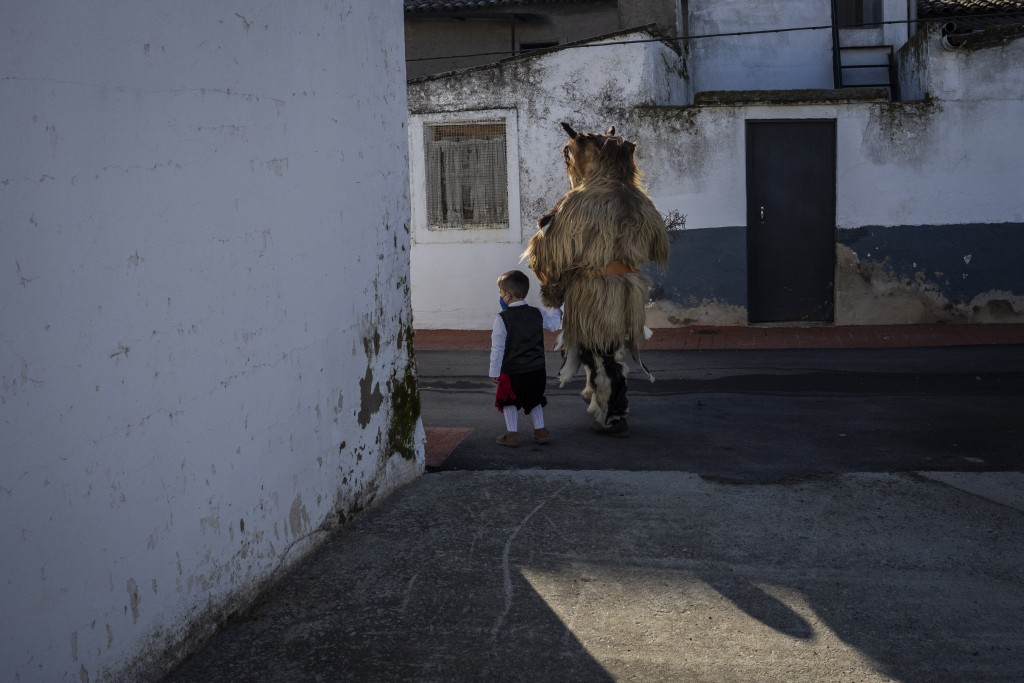 ACEHUCHE, Spain (AP) — It's hours before dawn in Acehuche, a small town in Spain's western Extremadura region, and a group of youngsters is ending a parade by setting off fireworks and beating drums.

The noise awakes residents for some of the biggest dates in the local calendar: the three-day celebration of the fur-covered characters known as “Carantoñas" that resemble wild beasts.

With roots in pagan traditions of fertility that were incorporated into religious symbolism, the ancient festival currently marks Acehuche's patron, St. Sebastian, whom the Catholic tradition considers a martyr of the early anti-Christian Romans.

After the 2021 edition was canceled amid a strong surge in coronavirus cases, the festival went ahead in late January this year. It was held under strict mask-wearing rules due to record numbers of infections across Spain fueled by the highly contagious omicron variant.

Following the tradition, women dress up as “Regaoras” in colorful embroidered skirts and shawls, decorating intricate hairstyles with flowers, while a few dozen men gather in a garage to cover themselves in animal skins and fur to transform into “Carantoñas."

The handmade costumes can weigh more than 20 kilograms (44 pounds) and only male revelers above 16 are allowed to wear them.

On the second day of the celebration, as the image of St. Sebastian is carried in a procession over rosemary-covered pavements, the “Carantoñas” bow to the patron saint and the “Regaoras” cover the sculpture in confetti as traditional songs are sung and drums are played.

“All the songs we play we have been recovered by oral tradition,” said Jaime Garrido, one of the musicians. “Some are common songs in the region and others are specific to this festival.”

The procession takes the saint's figure to face a chosen member of the local brotherhood who thanks St. Sebastian for keeping the town safe and healthy one more year.

With the sculpture back inside the church, a new character emerges in the crowd outside: the “Vaca-Tora," a monstrous figure with enormous horns and an oversized loud cowbell that ushers away both beasts and revelers.