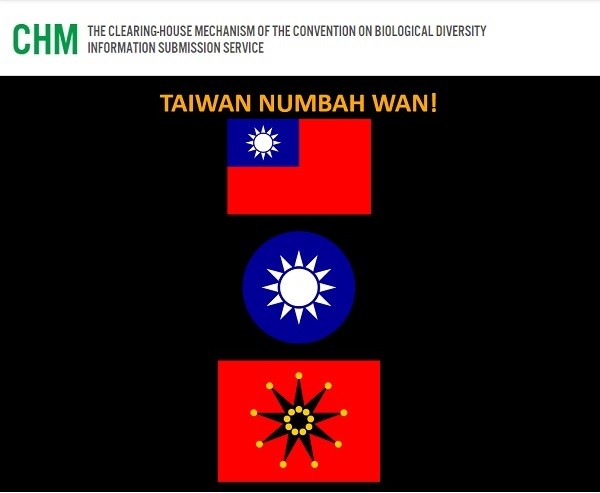 TAIPEI (Taiwan News) — Decentralized international hacktivist group Anonymous has hacked into a UN website to upload the words "Taiwan Numbah Wan" and Taiwan's national flag and emblem, among other signs of defiance against the Chinese Communist Party (CCP), while also calling for a peaceful resolution to the crisis in Ukraine.

The organization was scheduled to host its 15th Conference of the Parties (COP) in 2020 in Kunming, China, but the meeting has been postponed several times due to the pandemic. A primarily online event was held in October, while a face-to-face event is slated for April of this year. 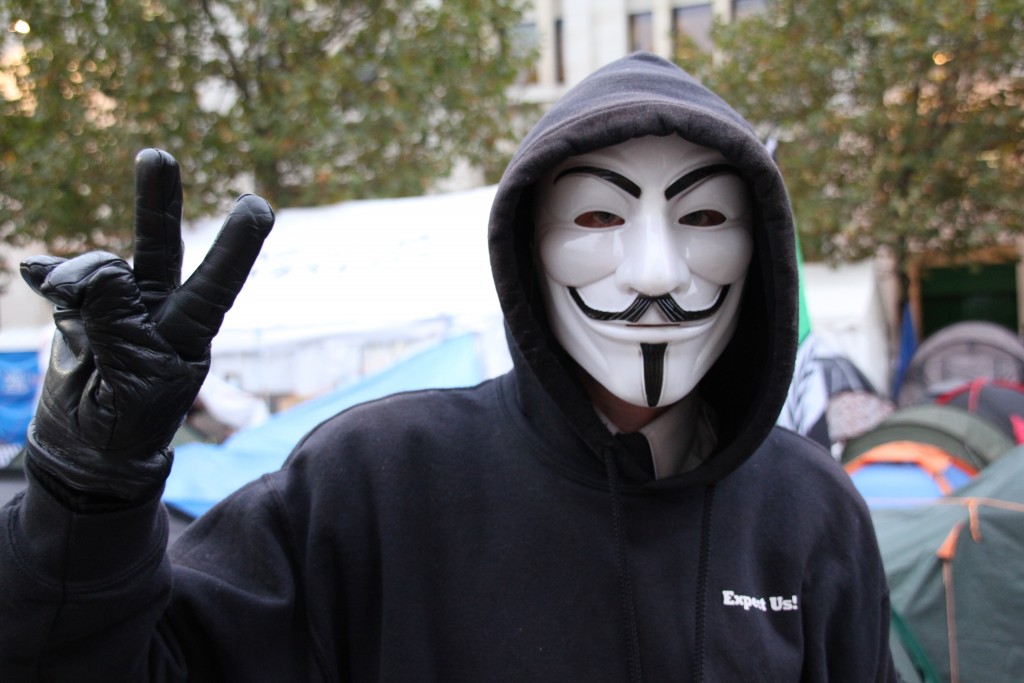 On the CHM website, Anonymous has created a new page and an archived version that forwards to Amazon's Simple Storage Service (Amazon S3) cloud server, where the website is hosted. The first image that appears is the Anonymous logo, immediately followed by a photo of a person wearing a black hoodie and a Guy Fawkes mask.

The "Taiwan Numbah Wan!" meme appears, as seen in a recent hack of the Chinese Polar Research site. This was a reference to a famous quote by video game streamer AngryPug in 2015 to antagonize Chinese streamer Em0 during a match in the computer game H1Z1.

Below the slogan is Taiwan's flag followed by its national emblem. The next flag displayed is the black nine-pointed star and yellow discs first used during the Wuchang Uprising in modern-day Wuhan that the Republic of China Army used as its standard from 1911 to 1928.

The national flag of the Republic of China from 1912 to 1928 appears next. It consists of five horizontal stripes, with each color representing a different major ethnic group in China.

Next is a video that plays Taiwan's national anthem and the music video for "Fragile," a Mandopop song sung by Malaysian rapper Namewee (黄明志) and Taiwan-based Australian singer Kimberley Chen (陳芳語).

These are followed by two screenshots of an apparent hack of the International Civil Aviation Organization (ICAO) website.

Most of the rest of Anonymous' hack is dedicated to the current standoff between Russia and Western allies over Ukraine. The hackers called for the creation of a "neutral grouping" of countries "wedged between NATO and Russia" that would include Ukraine, Finland, Belarus, Georgia, Armenia, Azerbaijan, and Moldova.

A paper by Quincy Institute senior fellow Anatol Lieven titled "Ending the Threat of War in Ukraine" is embedded at the bottom of the page. Like Lieven did in his paper, the hacktivists call for a referendum to be held in Ukraine's Donbass region on its ultimate fate.

Unlike the paper, however, which advocates a referendum on a union with Russia, Anonymous calls for a referendum on whether to "follow a peace protocol or hand over the territories of Donbass to a United Nations peacekeeper administration."

Towards the bottom is a link to an article calling for an "Operation Warp Speed 2.0" to develop new vaccines and therapeutics to battle COVID. Just below that is an embedded video that introduces a group of experimental antiviral drugs being developed at MIT called DRACO (double-stranded RNA activated caspase oligomerizer).