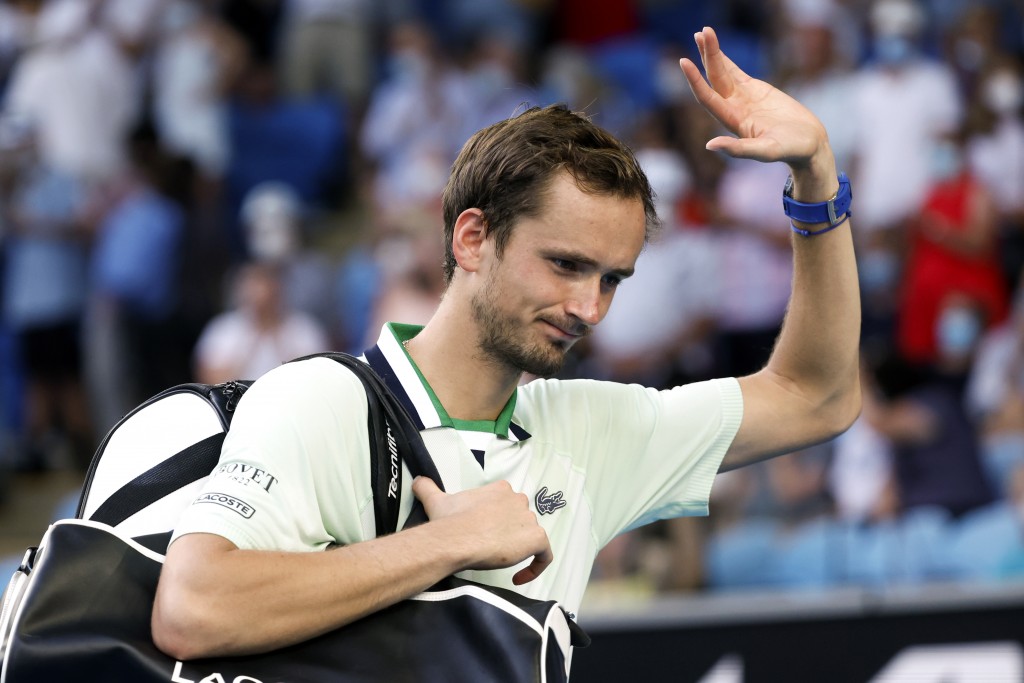 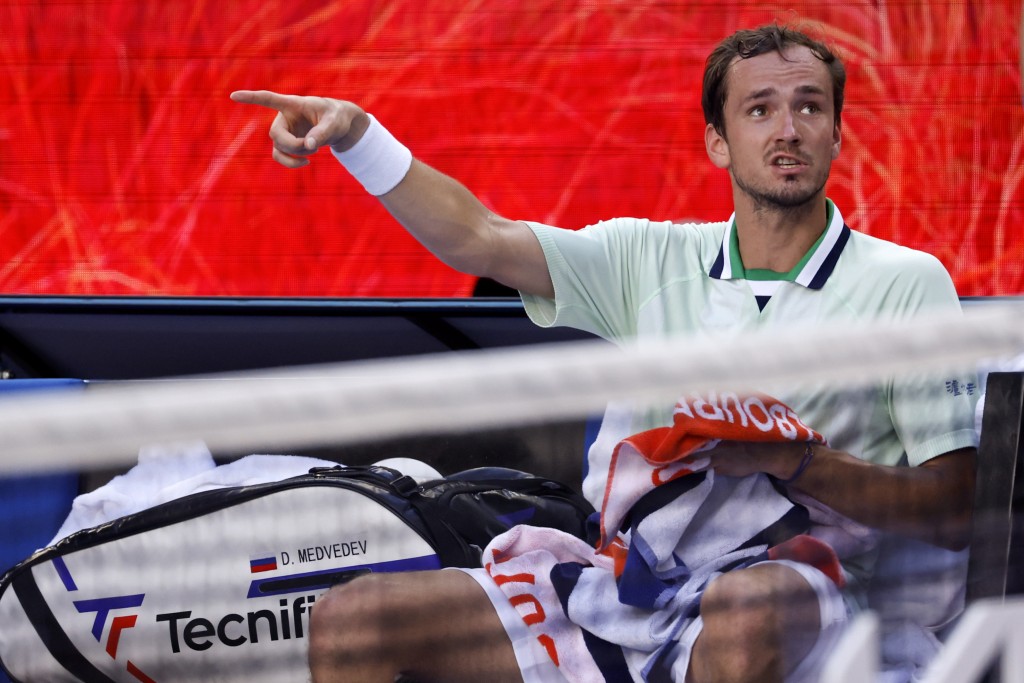 MELBOURNE, Australia (AP) — Nick Kyrgios handed over a racket as a sympathetic gift for accidentally hitting a young fan and the umpire left her chair to check on the boy’s condition.

And that was all in the opening few games of the latest version of tennis played in a prized-fight atmosphere in the Australian Open men’s doubles competition.

Roared on by a capacity 5,000 spectators, Kyrgios and fellow Australian Thanasi Kokkinakis — the team dubbed the Special Ks — beat another seeded pair to advance to the semifinals.

After entering on a wild card, the pair have made Melbourne Park’s new stadium their own cauldron. On Tuesday, they fired a combined 25 aces to beat the sixth-seeded team of Tim Puetz and Michael Venus 7-5, 3-6, 6-3.

“I’m not finished. I want to win this,” Kyrgios told the the crowd. “Unreal scenes. When we were young growing up, this (Melbourne Park) is where we started.”

It was the third consecutive victory against seeded teams, and Kokkinakis suggested to Australian Open tournament director Craig Tiley that their next match be scheduled on the same court where spectators can watch matches for the cost of a ground pass rather than a stadium ticket.

“When we walk through the tunnel (onto court), there’s no feeling like it. We don’t want to be anywhere else, this is perfect," he said. “Hopefully, Craig is watching and puts us out on this court.”

With Kokkinakis serving in the fourth game, Kyrgios swatted a loose ball into the court surface and the ball bounced four rows into the stand and struck a young boy in the chest.

As the momentarily shocked young fan was comforted by his mother, experienced umpire Eva Asderaki-Moore left her chair to check that he was not injured. Kyrgios trotted to his bag, grabbed a spare racket and handed it up to the boy.

The Special Ks are attracting a lot of attention. So much that the host TV broadcaster regularly crossed from coverage of the Rafael Nadal vs. Denis Shapovalov quarterfinal in the main stadium to check on progress of this doubles match.

To reach the final, Kyrgios and Kokkinakis must get past third-seeded Marcel Granollers and Horacio Zeballos.

No. 2 Medvedev vs. No. 9 Auger-Aliassime will be the marquee night match on Wednesday.

Medvedev wasn’t happy that he had to play successive rounds on the adjoining and lower-profile Margaret Court Arena, particularly the fourth round against serve-and-volley specialist Maxime Cressy.

“What should I do to play on center courts in Grand Slams, because I won the last Grand Slam? I mean, I’m highest seed here and to play against Maxime would be easier on Rod Laver, more space," he said. "Same in Wimbledon, I haven’t even played on Centre because I don’t count the fifth set which I played after the rain after being put on Court 2.”

Medvedev is the highest seed after defending champion Novak Djokovic was deported for failing to meet Australia's strict COVID-19 vaccination requirements. He said he resisted the temptation to request matches on Rod Laver.

“Yeah, I usually don’t do it, because I don’t want to put pressure or anything on anybody," he said. "I rarely ask for the time or the court.

“I don’t really want to be the guy who asks every time, ‘Put me on Rod Laver or I’m gonna be unhappy.’”

He had to catch a flight to Canberra on Tuesday afternoon to attend a dinner as one of nine nominations for Australian of the Year.

“I talked to my team. They said, look, if by the very odd chance you win, you cannot do that on Zoom. So many people with disability should have won that award over the years but haven’t. I would never forgive myself if I don’t go, even though I don’t think I’m going to get up,” Alcott said after beating Briton Andy Lapthorne in their Australian Open semi-final.

“I’m going to go. I always do stuff like this. I commentate 16 hours a day in the lead-up, then I play this tournament. I’m always wrecked. That’s just me. I love getting amongst life and having a crack. When they announce someone else’s name, I’ll listen to the (winner’s) speech, then just walk straight out onto a plane and come home.”

Alcott, who plays Dutch second seed Sam Schroder in the final, said he hasn’t even prepared a speech for the ceremony in the nation’s capital as part of the Australia Day celebrations.

“The biggest achievement for me is just being a happy bloke with a great life, to be honest. I don’t really buy into this all that much. I used to want this stuff to make myself feel worthy of able-bodied people. I had to win everything to prove, look at us, look at disabled people, we can do it. I’m not like that anymore. I’m just me,” he said.