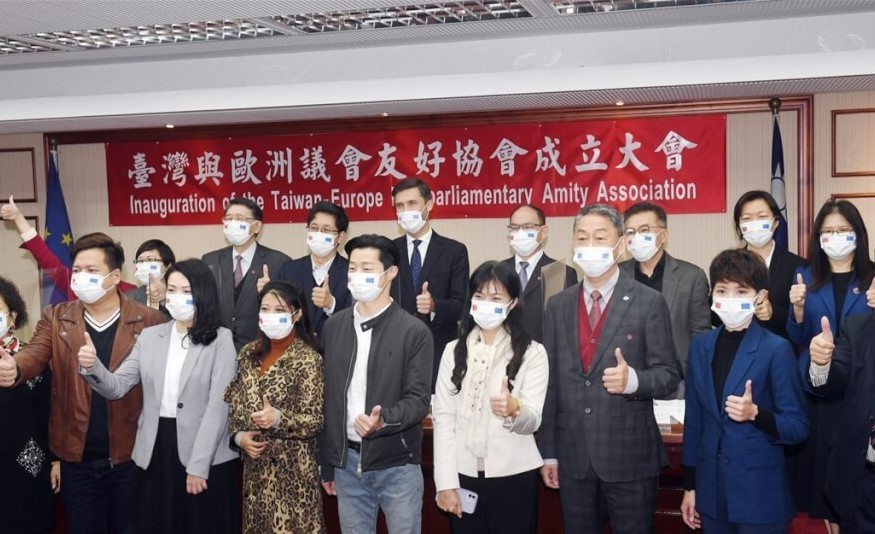 Tsai Shih-ying noted that during the U.S.-EU summit in June, the two sides reiterated the importance of peace and stability in the Taiwan Strait. He said Taiwan is “very grateful” that the European Parliament had adopted a report on EU-Taiwan political relations and cooperation in October.

CNA cited him as saying that Taiwan-EU ties are significantly advancing, and he expressed hope that bilateral relations in various fields can continue deepening in the future.

Legislative Yuan Secretary-General Lin Chih-chia (林志嘉) pointed out last year that many European Parliamentarians and related delegations have visited Taiwan and expressed hope a communication platform could be established with the Legislative Yuan. The launch of the association is in response to amicable relations with “our foreign friends,” he said.

Filip Grzegorzewski, the head of the European Economic and Trade Office in Taiwan, said he believes Taiwan is a reliable and like-minded partner of the EU.

He added that maintaining relations with Indo-Pacific nations, including Taiwan, is very important to the bloc and that the EU will work with countries in that region to promote stability and prosperity.

Juan Fernando López Aguilar, vice president of the Taiwan-European Parliament Friendship Group, pointed out in a video message that Taiwan has always had many friends in Europe and that the EU supports Taiwan's participation in international organizations that do not require statehood to join.