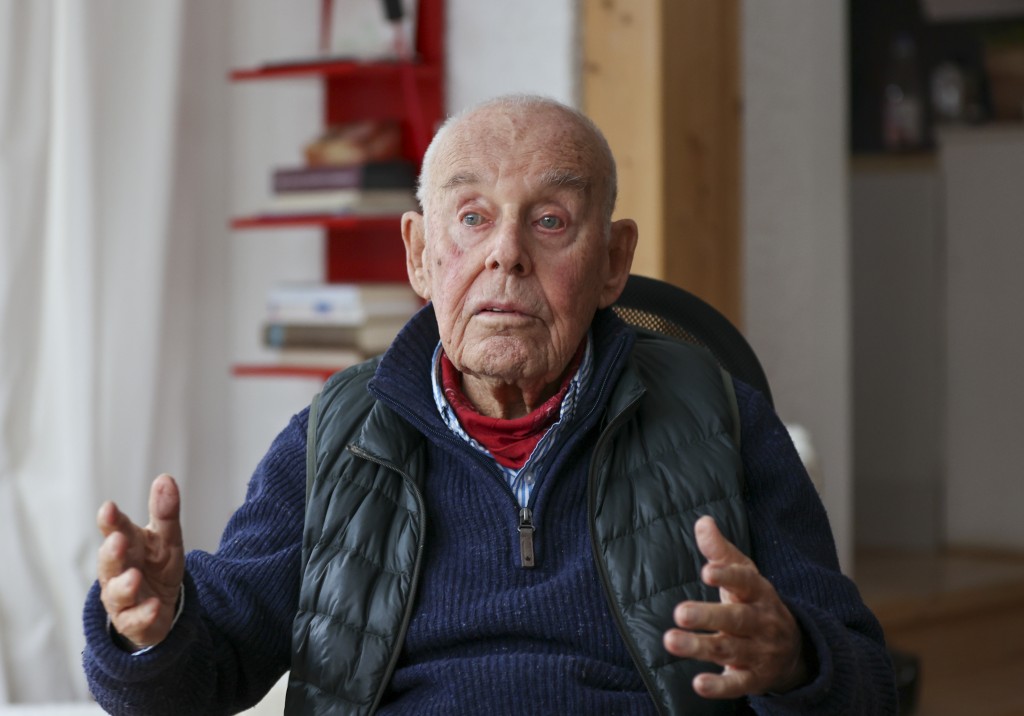 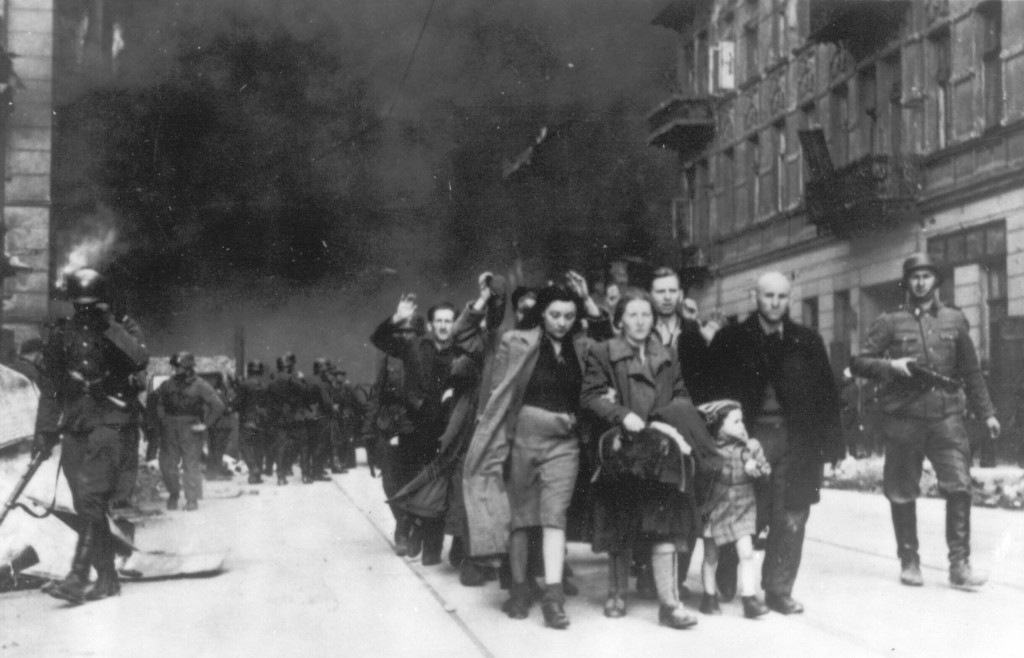 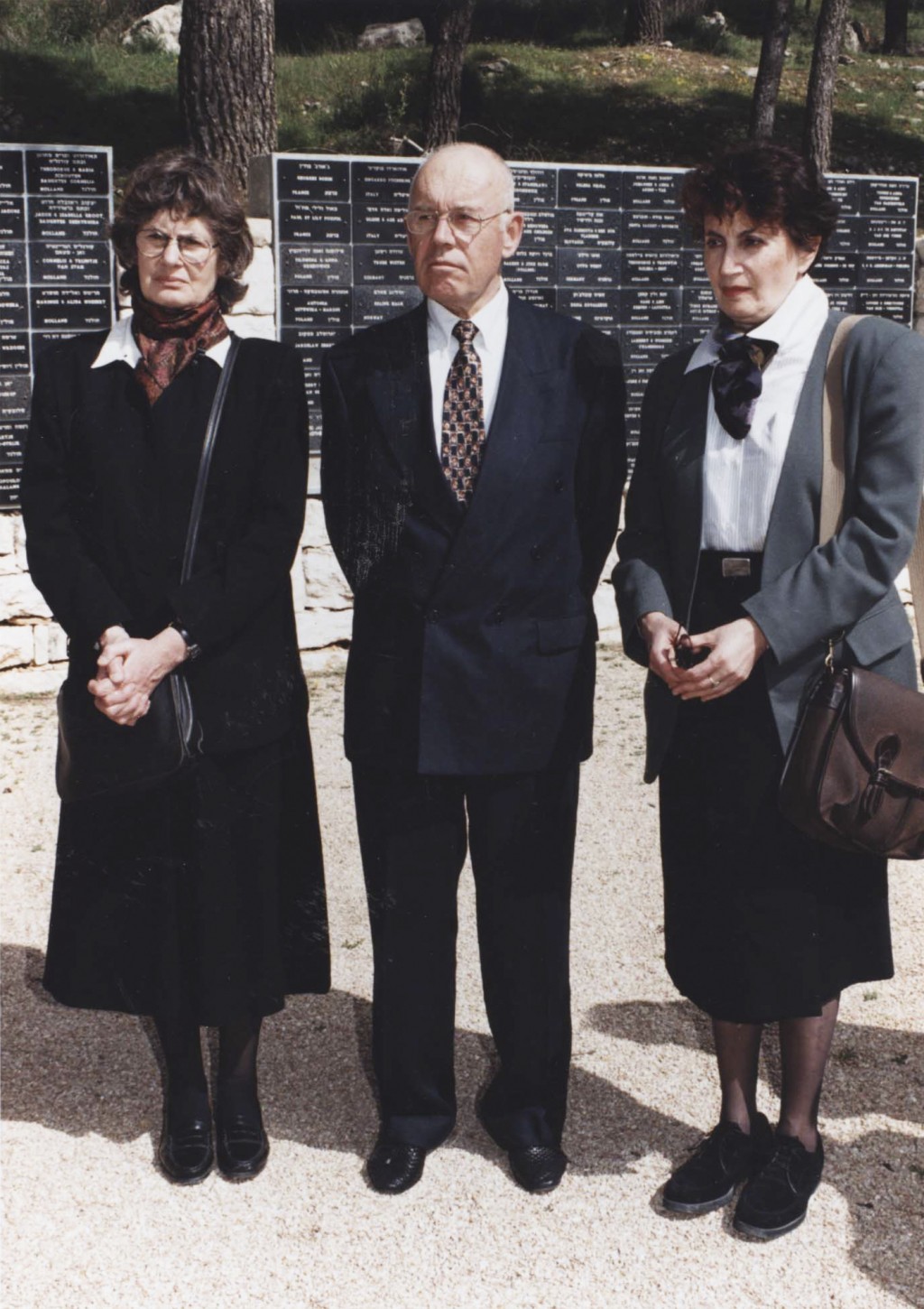 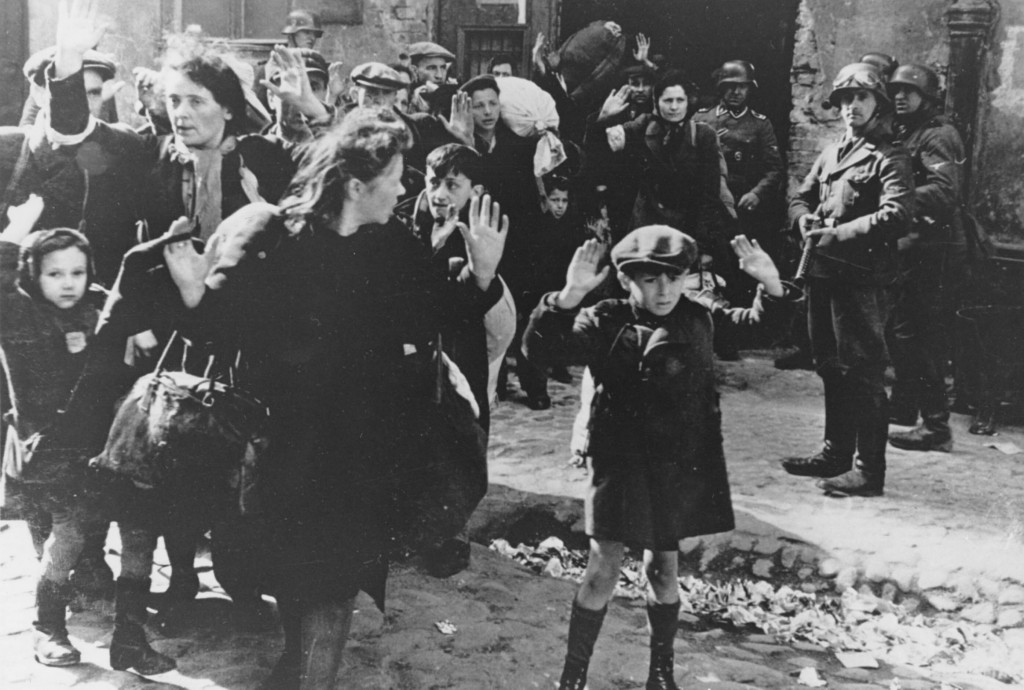 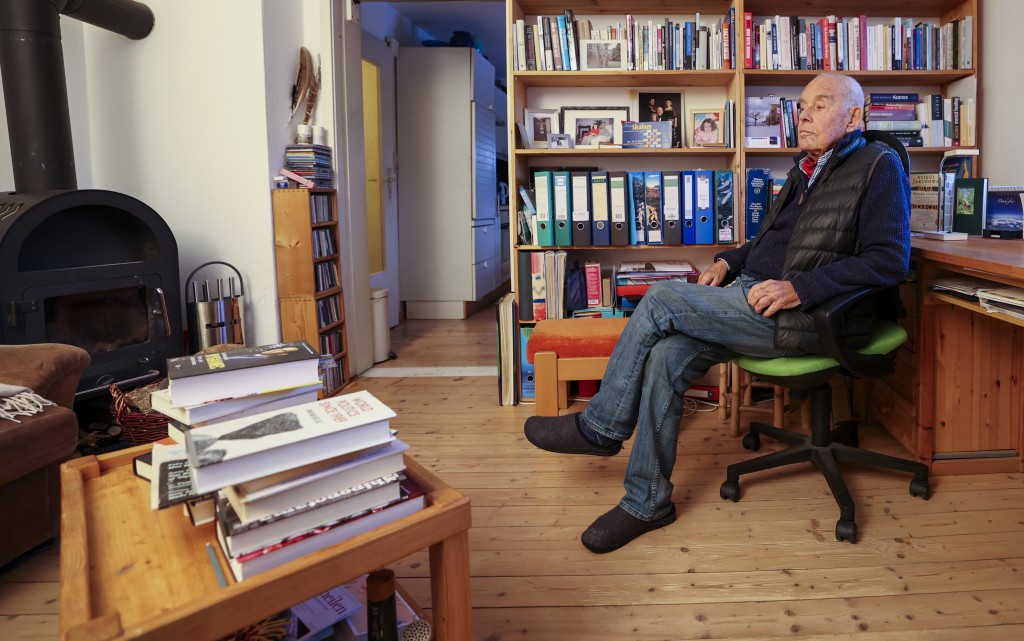 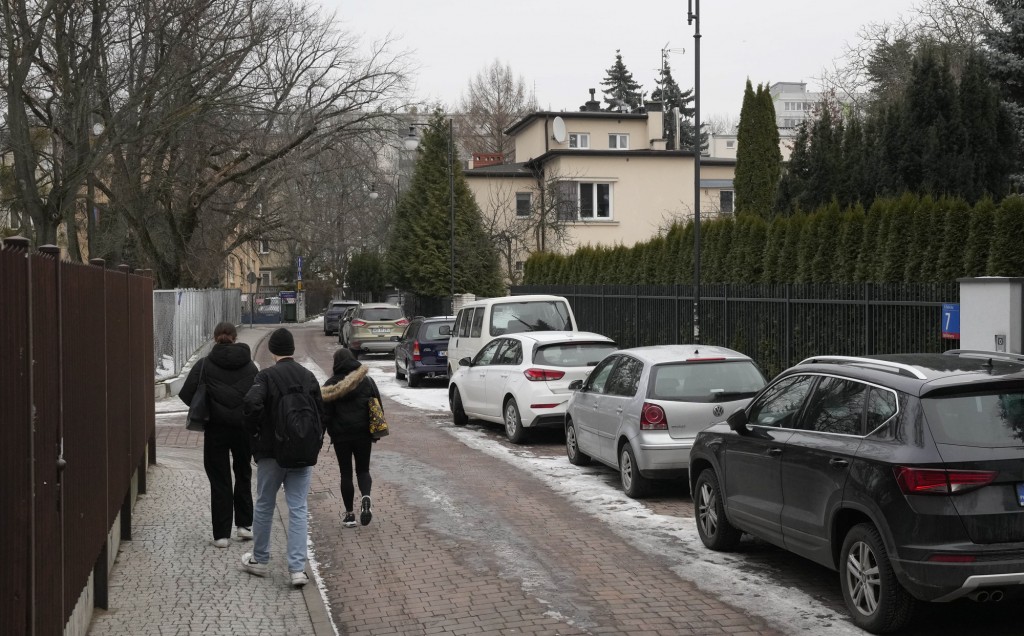 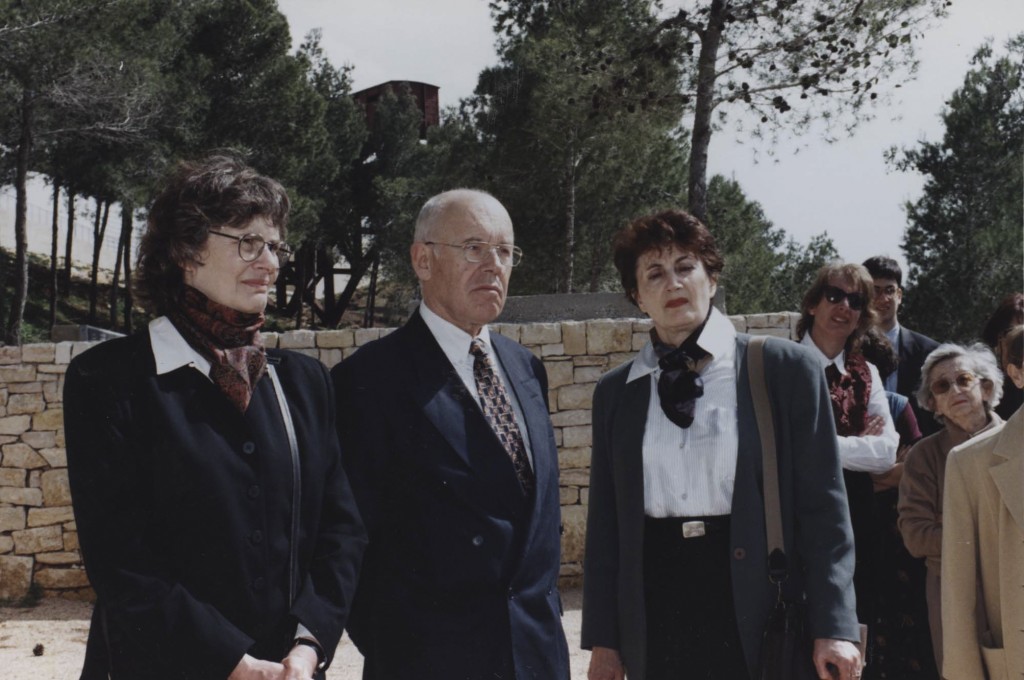 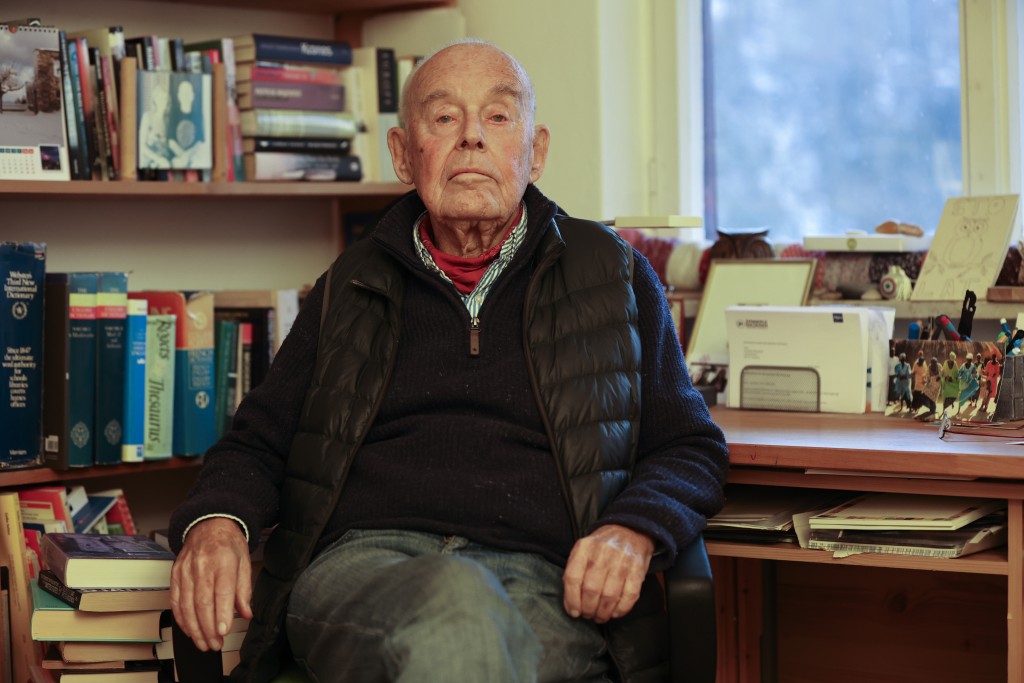 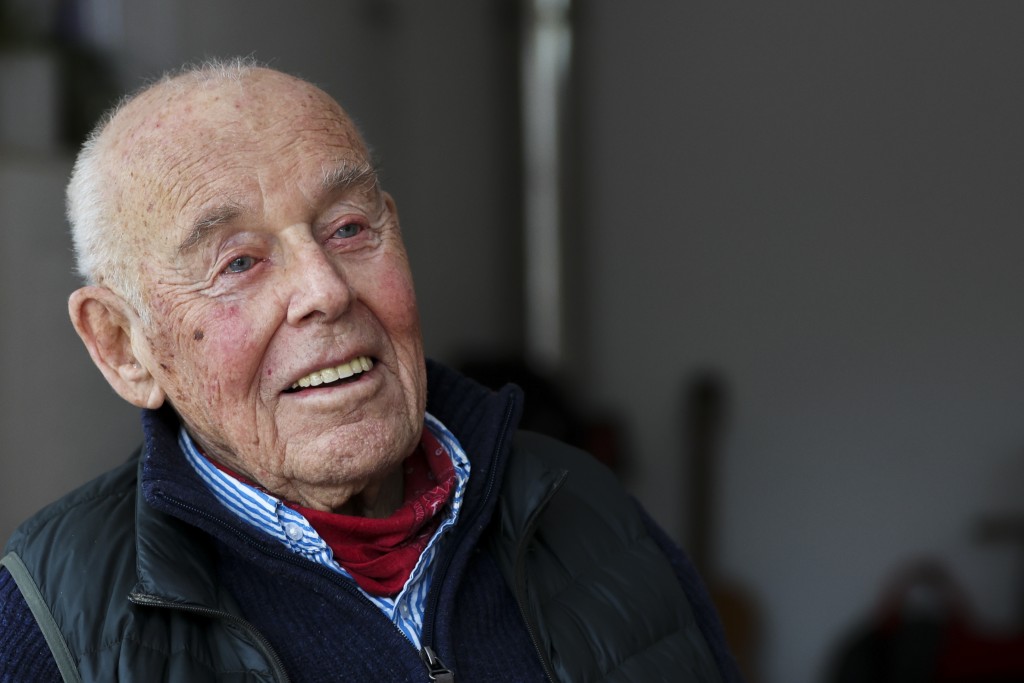 DURACH, Germany (AP) — Andrzej Sitkowski was 15 years old when his mother told him that she had been asked by a neighbor to hide a little Jewish girl from the Nazis at their home.

“It was a short conversation, and then, yes, we decided to take in Hadassah and she was brought over to our house in 1943,” Sitkowski says, looking back at those difficult years during World War II when he lived with his widowed mother Helena and younger sister Magda on the outskirts of the Polish capital of Warsaw under German occupation.

“Of course, we were afraid, but fear was our daily dish during those years anyway,” Sitkowski told The Associated Press at his home in the Bavarian village of Durach where he settled 10 years ago with his German wife.

Almost eight decades after Hadassah Kosak's rescue, the 93-year-old Polish man is still regularly in touch with Kosak, now 84, who after the war immigrated via Israel to the United States where she became a professor of history in New York.

For their efforts to help save the lives of Kosak, her sister Marion and their mother Bronislawa, who later also came to stay with the Sitkowskis, Andrzej and his mother were given Israel's highest honor in 1995. They were named “Righteous Among the Nations” — a title bestowed on non-Jews who took great risks to save Jews during the Holocaust by Yad Vashem, the country’s official Holocaust remembrance organization.

This year, as the world commemorates the 77th anniversary of the liberation of the German Nazi Auschwitz concentration and extermination camp on January 27, 1945, Yad Vashem and the Conference on Jewish Material Claims against Germany have teamed up to highlight the stories of "Righteous Rescuers" like the Sitkowskis who risked everything, even their own lives, to save Jews from getting slain by the Nazis and their henchmen.

As part of a social media campaign called #Don'tBeABystander, the Claims Conference and Yad Vashem are releasing several videos and launching a website about people who saved Jews during the Holocaust in which 6 million Jews were murdered across Europe.

“One of the amazing thing about the rescuers is that not only did they rescue the specific person who was hidden, but all of their children and grandchildren and great-grandchildren — an entire family tree,” said Greg Schneider, the executive vice president of the Claims Conference.

“It says in the Jewish tradition that if you save one person it is as if you save the whole world," Schneider told the AP.

Over the past 60 years Yad Vashem has recognized about 28,000 individuals from some 50 countries as “Righteous Rescuers.” The organization still receives hundreds of applications each year to honor others, mostly posthumously. Of all the rescuers still alive today, most helped their parents as children or teenagers.

“We believe about 200 of them are still alive and most of them are living in Europe,” said Dani Dayan, the chairman of Yad Vashem. “As antisemitism is growing again on all five continents, we need to stress again the moral stature of these persons and their actions.”

In Poland, home to Europe’s largest Jewish community before the Holocaust, the Nazi occupiers punished those who helped Jews by executing not only the helpers, but their entire families.

Still, when you ask Sitkowski about why he and his mother decided to help Jews despite the huge personal risks, he shrugs and says it simply was their duty as human beings.

“When my mother told me about the request from the neighbor there were no long deliberations. The approval was somehow obvious,” Sitkowski remembers, tucking in his red scarf.

“It was just an impulsive decision of a Mensch," he adds, using the German word for human being that in Yiddish also refers to a particularly good person.

Sitting in his living room overlooking the snowy foothills of the Alps, he smiles when he thinks of Hadassah.

“She was a beautiful little girl, very smart, with sort of darkish hair and black eyes — I grew very fond of her.”

Even today, there's still a strong bond between them. In the past, they would visit each other and nowadays they talk on the phone and exchange letters.

In their conversations, their memories often wander back to those months of hiding when the Sitkowskis shared their meager food rations with Hadassah, when Andrzej taught five-year-old Hadassah how to read and write, and when they made their neighbors and acquaintances believe a fabricated story in which Hadassah was not a Jew, but a Christian-Polish girl whose mother had been taken to Germany as a forced laborer.

In reality, Hadassah's mother was hiding as a maid with another family and her sister Marion was hiding at a Catholic convent. But when those hiding places were no longer safe, the two joined Hadassah at the Sitkowskis.

In September 1944, however, the Nazis first burned down the Sitkowski home and many other houses on their street and then later expelled all people who had lived there. So they needed to escape again and eventually the Sitkowskis and Kosaks had to split up and survived the last months of the war in different places across Poland until the Soviet Army liberated Poland in January 1945.

While Hadassah Kosak first moved to Israel and later to the United States, her mother and sister ended up in Britain, where Marion married Ralph Miliband and where their two sons Ed and David, two well-known politicians with the British Labour Party, were born.

The decision of Andrzej and his mother to offer a shelter “was a true act of humanity,” Hadassah Kosak told the AP. “Thanks to their bravery, and at a great risk to themselves, we survived the Nazi horrors.”