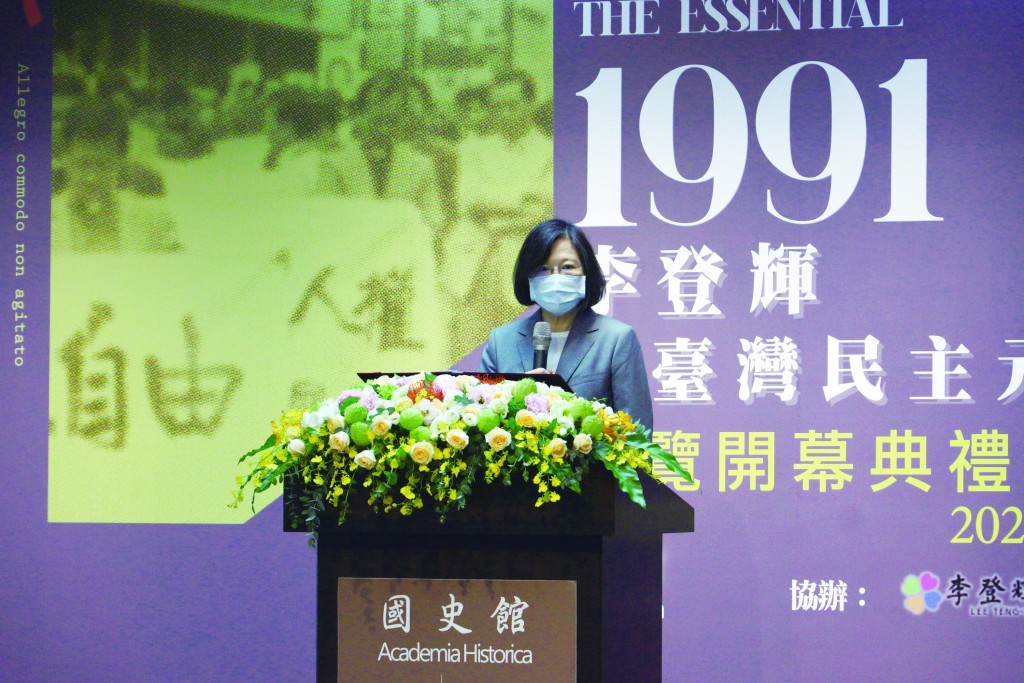 “One who knows the enemy and oneself well will not be defeated easily.”

On March 20, 2020, at her second inauguration, President Tsai Ing-wen (蔡英文) calmly, but with the confidence and authority of a nation’s leader, addressed a crowd of international representatives and rows of uniformed military brass who report to her as their supreme commander. Her face graced magazine covers worldwide. International leaders and opinion makers were lauding her accomplishments, and she had gained respect in capitals from Washington to Tokyo — all while her enemies in Beijing fumed in impotent rage.

Earlier in the year, she and her Democratic Progressive Party (DPP) had won a second national landslide victory with a record-breaking number of votes as people streamed to the polls to deliver their endorsement of Tsai and her party over the opposition Kuomintang (KMT). Attempted insurrectionists in her own party and the fervent followers of her KMT challenger Daniel Han Kuo-yu (韓國瑜) had all been crushed and left in disarray.

The president had much to feel good about that day. It was also a remarkable turn of events for someone who originally seemed destined for a quiet life in academia.

A lot can be said about Tsai, much of which adds to the sense of mystique — or the mysteriously deep hatred — that some have for her. She is at most — on her best days — mildly charismatic and speaks with a calm but firm voice that barely rises above a monotone.

To those who admire the president, she is a principled, strong leader who defends the nation from enemies domestic and foreign while still managing to transform it and society for the better. To her enemies, she is a sneaky purveyor of mistruths, backstabbing friends and enemies alike for her own ends and hell-bent on implementing a radical agenda.

There is some truth to both viewpoints, though much depends on the ideological bent of the viewer. Given the opportunity, the president clearly prefers to promote an agenda that aligns with her views (love them or hate them) and has the potential to transform lives and society for the better.

She is, when her back is to the wall and she feels it necessary, also entirely capable of flip-flopping, strong-arming, breaking the rules for her personal benefit and being misleading and manipulative. She’s a politician, not a saint: one doesn’t become a once-in-a-generation leader without breaking some eggs.

Both allies and opponents who have negotiated with Tsai have described her as inscrutable. She has a firm grasp of the cards she’s been dealt, a keen sense of how to maximize the strengths and minimize the weaknesses, an unruffable mien, and an ability to compromise just enough that everyone — in spite of being more on the losing end than not — walks away with a deal in hand.

The president has a formidable will and remarkable ability to learn from mistakes and course-correct, but both of these qualities are present in many above-average leaders. What is it that truly sets Tsai Ing-wen apart; what is it about her that makes her almost uniquely formidable beyond any other leader?

Ultimately her core power, her “Way of Tsai,” is her remarkable ability to disarm, neutralize and absorb some enemies — and marginalize the rest. This is where she truly rises above.

In many ways, Tsai’s upbringing is the result of the economic miracle of the 1970s and 80s under the martial law government of Chiang Ching-kuo (將經國) that many, including Han Kuo-yu and much of the KMT, harken back to as a “golden era.” Her father was a mechanic who owned and operated an auto repair shop that did roaring business repairing the giant vehicles owned by American military personnel and others stationed in Taipei at the time.

With some smart property moves, which were in relative terms easier in the booming economy of the time, her family became one of the many whose fortunes rose dramatically during this period. They became comfortable enough to ensure an expensive foreign education for their daughter, sending her first to Cornel in the United States and ultimately to the London School of Economics, where she obtained her Ph.D. in international trade law.

The quiet, introverted, and at least nominally apolitical Tsai returned to Taiwan to teach law at local universities. It was, however, a tumultuous time in Taiwan’s history — one that would change the course of the nation and her life.

Meanwhile, the party that Tsai chairs today had its origins in a disparate and ragtag group of dissidents during the martial law era referred to as the Tangwai (黨外, literally outside the one-party state’s “party”). They were united only by their goal of ending one-party rule and bringing democracy. But a group of them took the bold step of openly declaring themselves the Democratic Progressive Party in 1986, in spite of the move being illegal at the time.

Bracing themselves for arrest, they were to their surprise tolerated (albeit with some individual members still jailed for advocating Taiwan independence), though still far from a legal entity, which came in 1989 following the ascension of Lee Tung-hui (李登輝) as president after Chiang’s passing. As Lee dismantled the one-party state, the DPP became the primary opposition party.

By the early 1990s, the Hoklo (Taiwanese)-speaking nationalists in the DPP had all but purged many of their fellow dissidents whose loyalties still lay with “one China,” and the party formally adopted the goal of an independent Republic of Taiwan. They expected the people to rise up in support and that they would soon sweep both the “foreign” Republic of China and the hated KMT into the dustbin of history.

That didn’t happen — not even close. The people didn’t rise as expected, and Lee and the then-moderate KMT’s gradual movement towards democracy while maintaining stability under the rubric of the ROC turned out to be a far more powerful draw at the ballot box.

By the late 1990s, the DPP realized their revolution wasn’t going to happen as they’d hoped and changed their platform to reflect that by stating the ROC was the government of Taiwan and that any changes to that needed to be made with the explicit support of the general public. Most people understood this to mean that the party was finally bowing to political reality, but no one doubted its ultimate goal remained an independent Taiwanese republic.

During this tumultuous period, the government needed experts to help negotiate their entry into the soon-to-be-proclaimed World Trade Organization and drafted into Lee’s administration a young, quiet, unknown academic whose specialty was international trade: Tsai Ing-wen. Though not a member of any political party, Tsai started her political career in a KMT-led administration rather than on the barricades where so many others in the party she would one day lead were at the time.

In short, Tsai not only grew up being spoon-fed KMT ideology at school at a time when to question it was to risk jail, she herself became part of that very system as it undertook the task of dismantling itself and opening up to democratization.

Her upbringing during the martial law era and her extensive experience in a KMT government gave the future president a unique perspective on KMT thinking, practice, and ideology.

Lee had spotted her talent, and her reputation as a knowledgeable technocrat, sharp negotiator, and skilled diplomat grew. In DPP circles, her widely known association with Lee’s “special state-to-state” comments on relations with China (much to China's fury) meant she was acceptable to DPP politicians. Lee himself, with the support of Tsai as a key advisor in international policy and in relations with China, made many moves to stand up to China that the DPP associated with Tsai as a key advisor and architect.

After serving roughly three terms, one as a legitimately elected president, Lee declined to run again in 2000. Unusually, such was her reputation that Tsai might well have found a role in the administration of whoever won the next election.

What comes next is the subject of Part II.