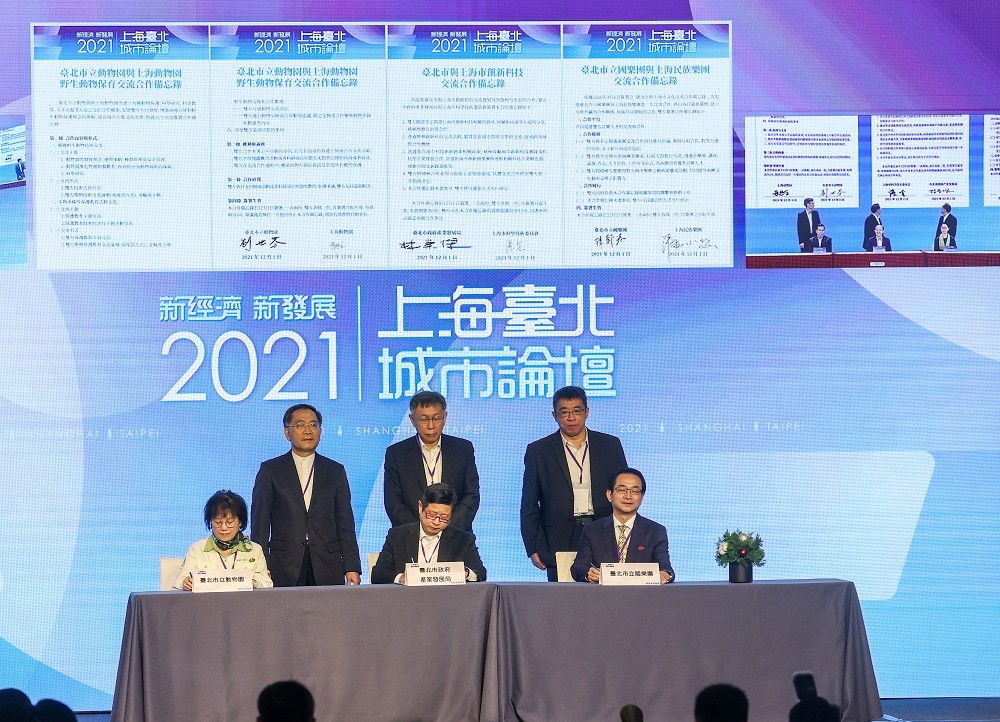 TAIPEI (Taiwan News) — A bipartisan agreement has been reached to freeze the budget for this year’s Taipei-Shanghai City Forum in the event of continued incursions by Chinese warplanes into Taiwan's air defense identification zone.

A cross-party discussion about the NT$1.3 million (US$46,890) budget earmarked for the annual event finally concluded on Monday (Jan. 24) after six days. Camps considered to lean towards Beijing, including Kuomintang (KMT) and New Party city councilors, at last gave their consent to freezing the funds if Chinese warships and military planes continue their provocative maneuvers in waters and air space near Taiwan, per CNA.

According to Wang Hsin-I (王欣儀), a Taipei City councilor of the KMT, the party supports hosting the cross-strait exchange platform but has acknowledged the “negative perceptions” people harbor towards China over its perceived muscle-flexing. In the latest of such episodes, 13 People's Liberation Army Air Force aircraft were detected entering Taiwan’s air defense identification zone on Monday (Jan. 24), according to the Ministry of National Defense.

Launched in 2010, the Taipei-Shanghai City Forum is the only official channel remaining between the two sides of the Taiwan Strait, as bilateral ties have soured since President Tsai Ing-wen (蔡英文) took power in 2016. Taipei Mayor Ko Wen-je (柯文哲) has urged both sides to maintain a line of communication despite disputes, but the event was reduced to city level exchanges last year after Taiwan’s Mainland Affairs Council warned it to focus only on “non-political affairs.”