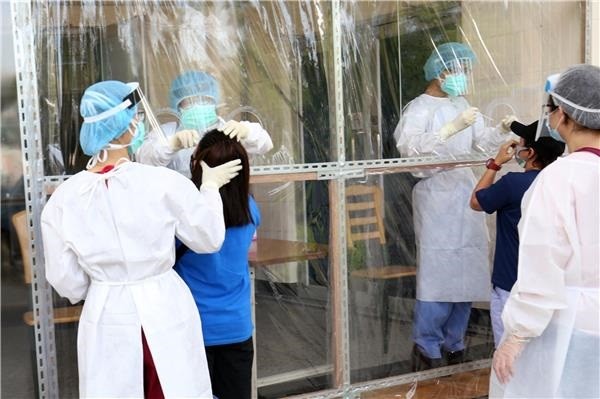 TAIPEI (Taiwan News) — As a COVID cluster infection centered on an Askey Computer Corp. (亞旭電腦) factory in Taoyuan City grows to 102 cases, the city is planning to test over 73,000 foreign workers.

At a news conference on Tuesday (Jan. 25), Taoyuan Mayor Cheng Wen-tsan (鄭文燦) announced that after three days of tests, 102 workers in a cluster infection tied to the Askey facility in the Farglory Free Trade Zone (FTZ) have tested positive for COVID. On Monday (Jan. 24), Cheng said the positive cases included 69 foreign employees, the majority of whom are Filipinos.

Given the large number of migrant workers who have been diagnosed, Cheng stated that testing will be expanded to over 73,000 workers at over 1,000 factories. He emphasized that the focus will be on ensuring the health of migrant workers by detecting any infections as soon as possible.

Cheng said that rapid antigen test kits will be issued to 297 manufacturers that employ 50 or more migrant workers, with the total number of foreign employees at these plants standing at 43,575. If any workers test positive, arrangements will be made for them to undergo a PCR test.

In addition, 30,000 rapid test kits will be distributed to manufacturers that employ 20 or more foreign workers. Cheng said that in total, 73,575 workers at 1,720 factories will undergo testing.