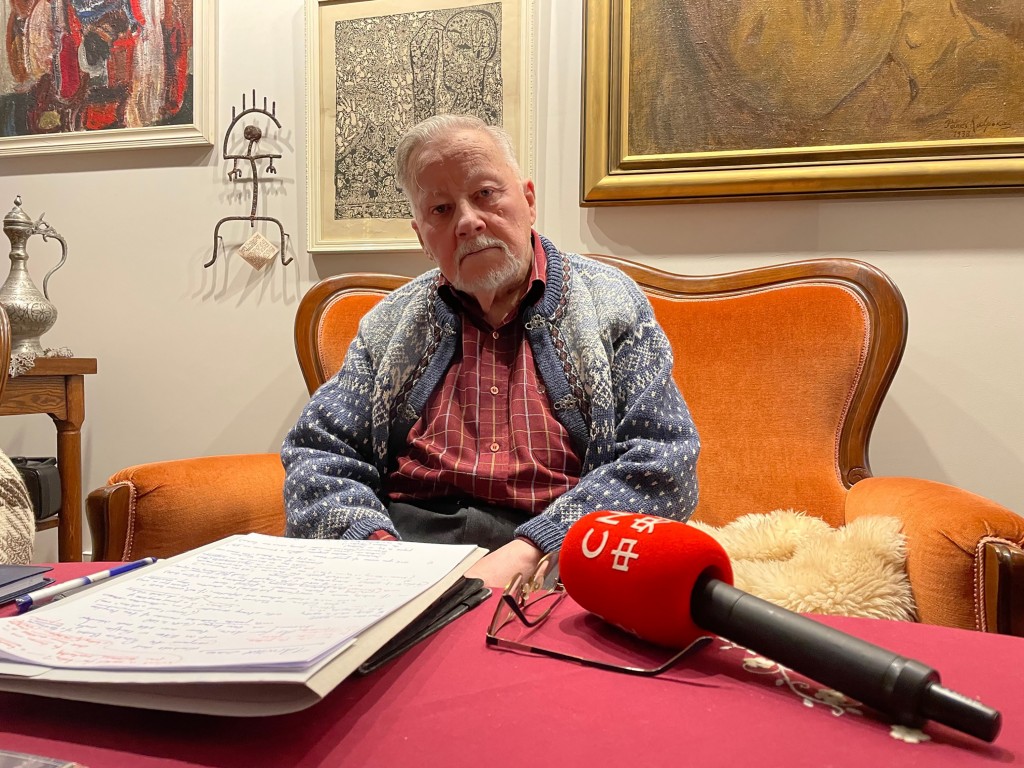 TAIPEI (Taiwan News) — Vytautas Landsbergis, the first Head of Parliament of Lithuania after its independence, said Taiwan’s predicament reminds him of the struggle he led Lithuania through as the country sought freedom from the Soviet Union.

In an interview, the leading figure pushing for Lithuania’s independence from the Soviet Union told CNA that in 1990, Lithuania took on the Soviet Union, a huge state armed with nuclear weapons. At the time, many Western politicians believed that the independence of Lithuania would go against more important benefits, damage “stability” and the so-called bigger picture.

“Westerners often misjudge; they would rather believe their false impressions,” said Landsbergis. “However, our goal was actually to improve the relationship with the Soviet Union, to normalize it.”

“Taiwan’s predicament reminds me of Lithuania then,” he added.

The Soviet Union retaliated against Lithuania’s declaration of independence by imposing economic sanctions between April and July 1990, then attempted to forcefully suppress the independence movement in January 1991. The conflict resulted in 14 deaths and hundreds of injuries; two people died from being run over by tanks.

Landsbergis recalled that Lithuania had wanted to help the Soviet Union become more humane and just by creating an equal international relationship between the two countries, per CNA. He said he would like to believe that there is hope for the Chinese Communist Party (CCP) to become more humane and empathetic.

According to Landsbergis, the world is currently going through a great change, and Taiwan plays an important role in the process. By opening the Pandora’x Box and facing risks that come with the Taiwan issue, one also opens the door that leads to a better world.

“Even if weapons hold the power to destroy reality, it cannot change reality; insisting on denying reality only creates more problems,” CNA quoted Landsbergis as saying. Just like Lithuania, whose independence was denied then eventually acknowledged by the Soviet Union, Taiwan will eventually move past its current quandary.

When one learns to respect people instead of land, the stiff worldview that “sees the land but not the people” and imperialist ambitions will perhaps finally dissipate, said Landsbergis.

When asked if Lithuania will continue to persist in its support of Taiwan, Landsbergis responded, “I cannot say for sure, but the history will be remembered always. It will remind people that there was once such an opportunity for dominant states and even human society to decide between cooperative coexistence and hostile competition.”

In response to the suggestion for the Taiwanese Representative Office in Lithuania to change its name in order to placate China, he asked, “Yet what is the purpose of this?” He said Lithuania is essentially demanding various parties to face the root of the problem: “Must some things be reconsidered, or should they be stuck like this forever?”

Landsbergis, 89-years-old, is the grandfather of the current Lithuanian Foreign Minister Gabrielius Landsbergis. As a Member of the European Parliament, Landsbergis made a trip to Taiwan with his wife in 2011, and met with former President Ma Ying-jeou (馬英九).

While this was the only time he visited Taiwan, the Ministry of Foreign Affairs (MOFA) was cited as saying that his contact with Taiwan never ceased.

When the Taiwanese Representative Office in Lithuania officially opened in Vilnius on Nov. 18, 2021, Landsbergis was one of the “friends of Taiwan” among Lithuanian politicians to pay a visit. He recalled the trip and told CNA that he was impressed with Taiwan for successfully building a democracy despite complex and challenging political realities. “This brings hope to humans that a better world is possible. Why not?”