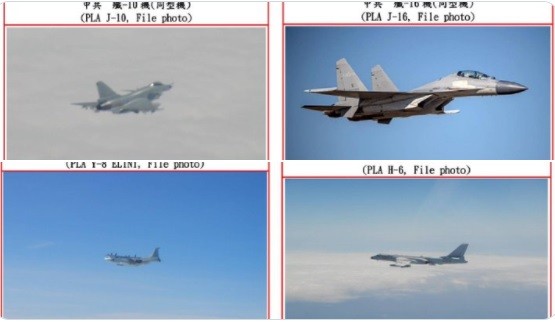 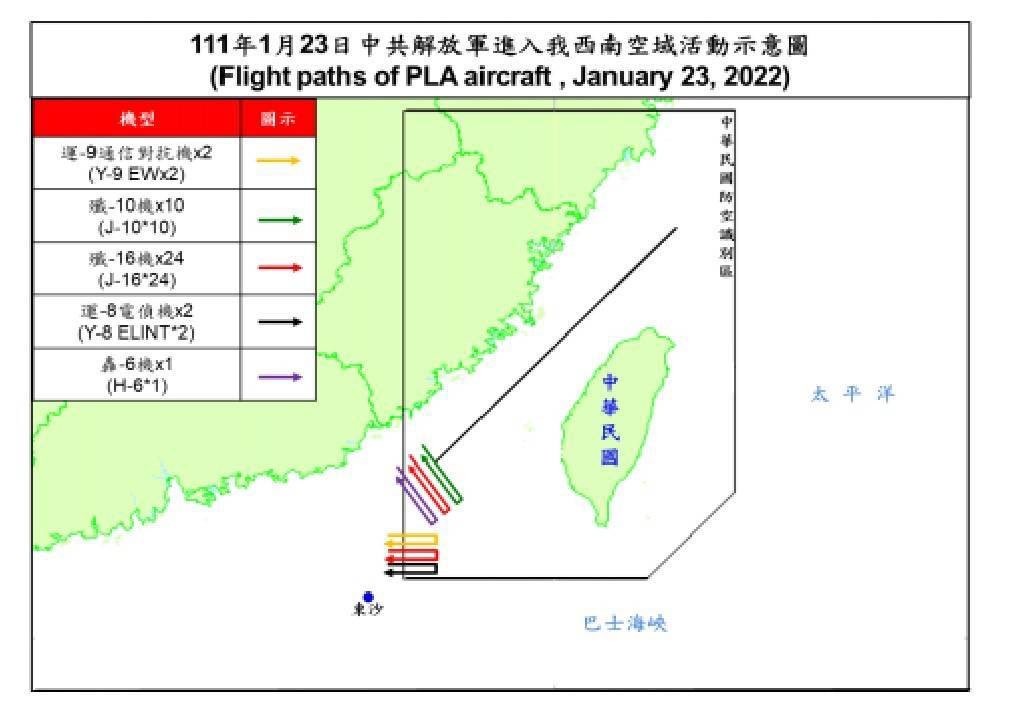 Map of incursions by PLAAF aircraft on Jan. 23. (MND image)

There were also 39 PLAAF military aircraft detected in the ADIZ on Oct. 2, 2021, the second-highest number recorded on one day. The all-time record for the most Chinese military aircraft seen in the zone in a single day was 56 on Oct. 4 of 2021.

On Saturday (Jan. 22), the U.S. Pacific Fleet announced on its Facebook page that five flattops from the U.S. and Japan had conducted a training exercise in the Philippine Sea that day. The major ships present included the USS Carl Vinson, USS Abraham Lincoln, USS America, and USS Essex, as well as the Japan Maritime Self-Defense Force's Hyuga-class helicopter destroyer the JS Hyuga.