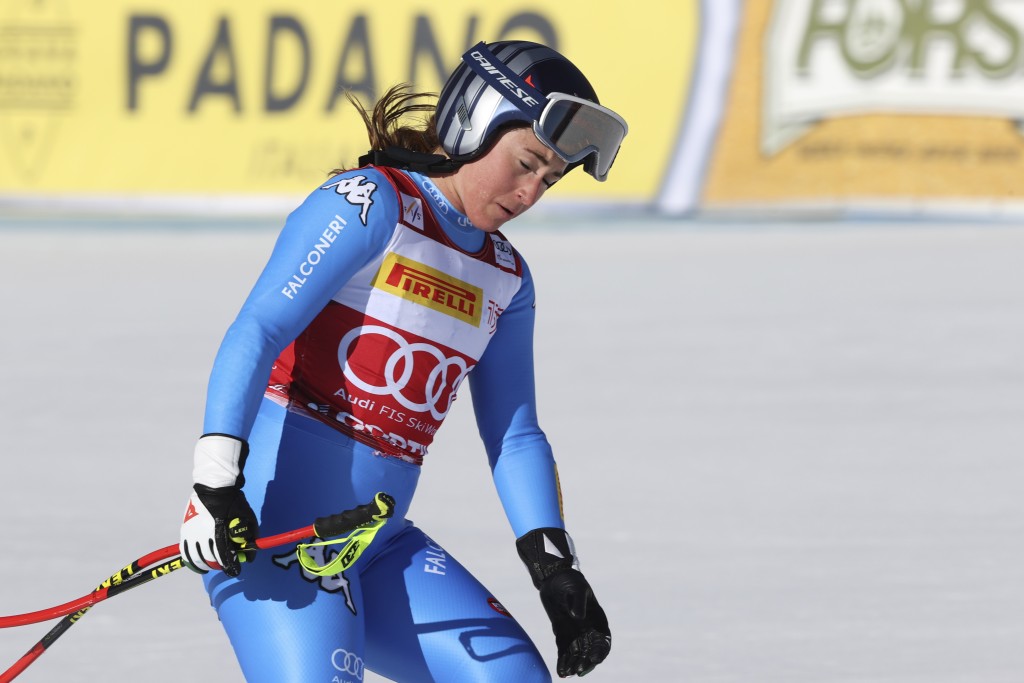 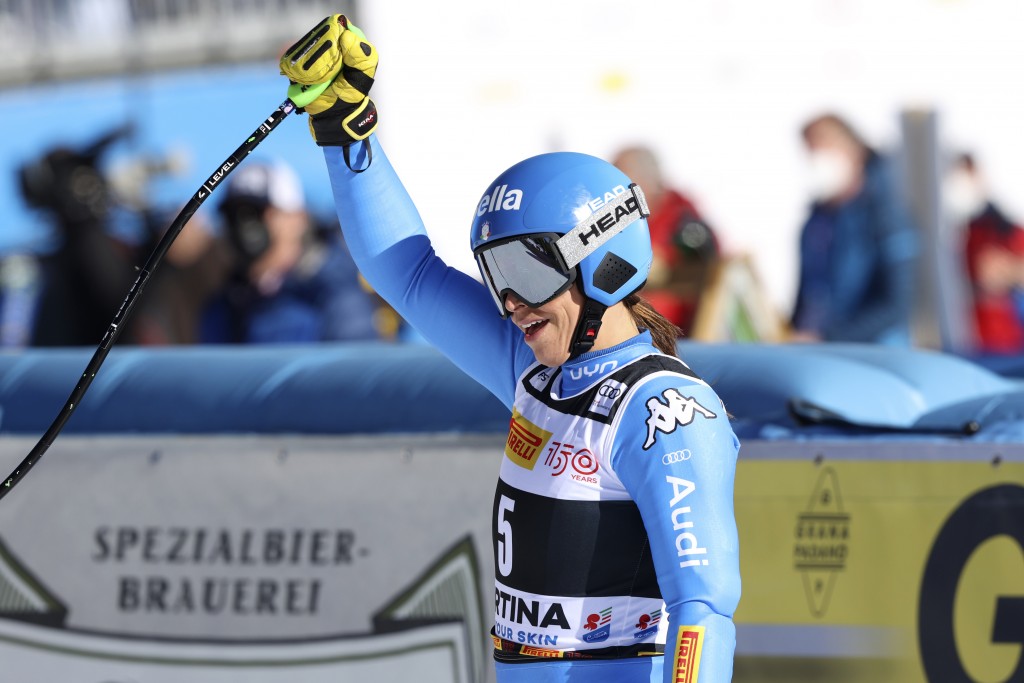 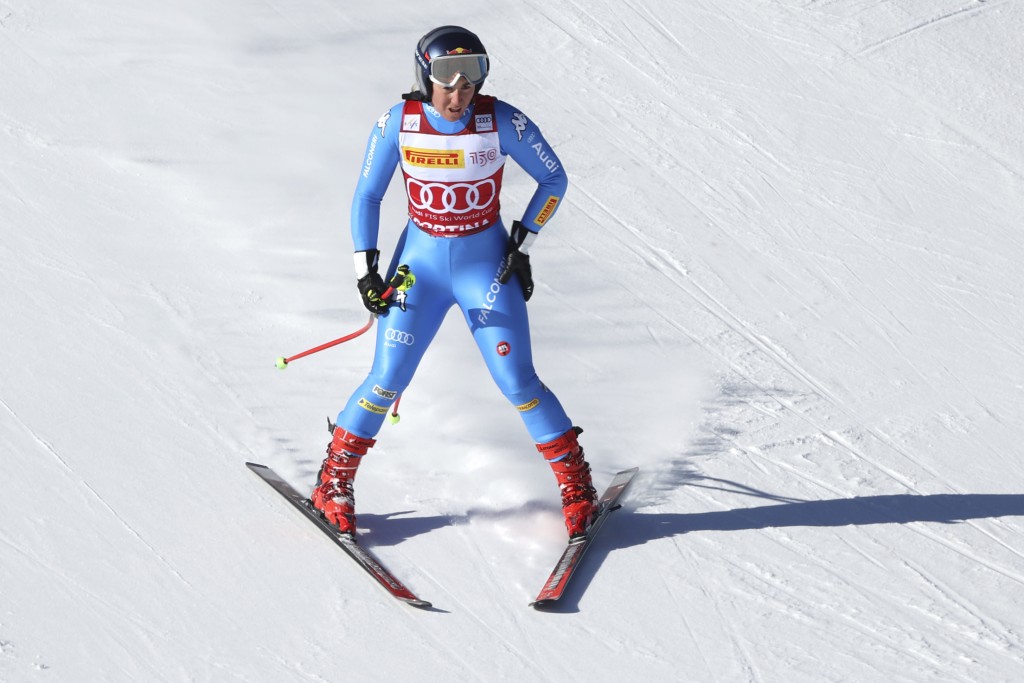 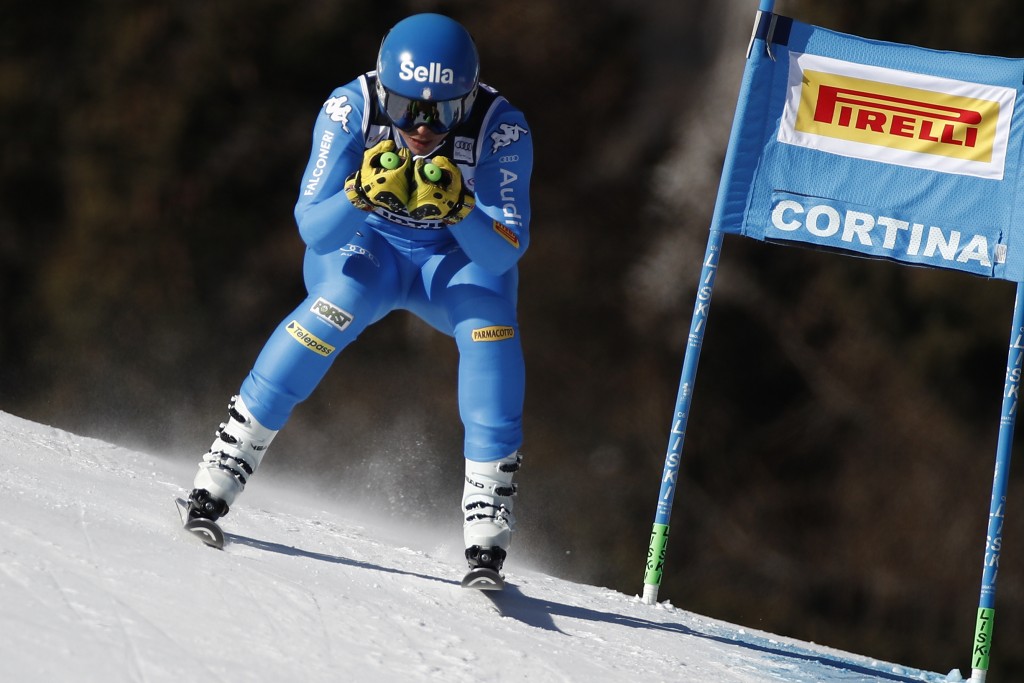 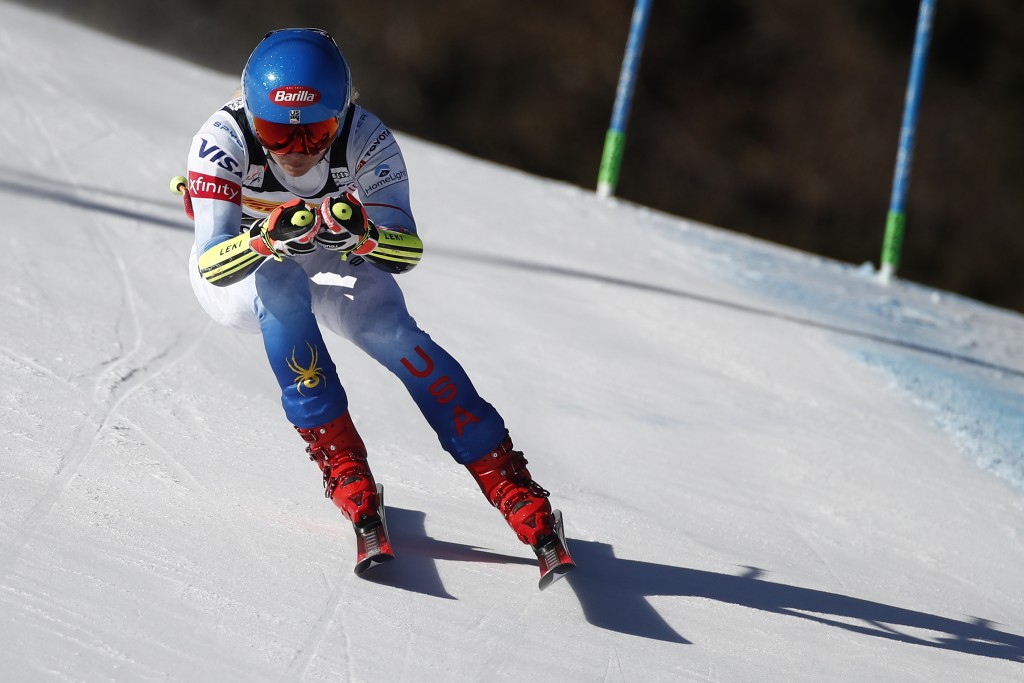 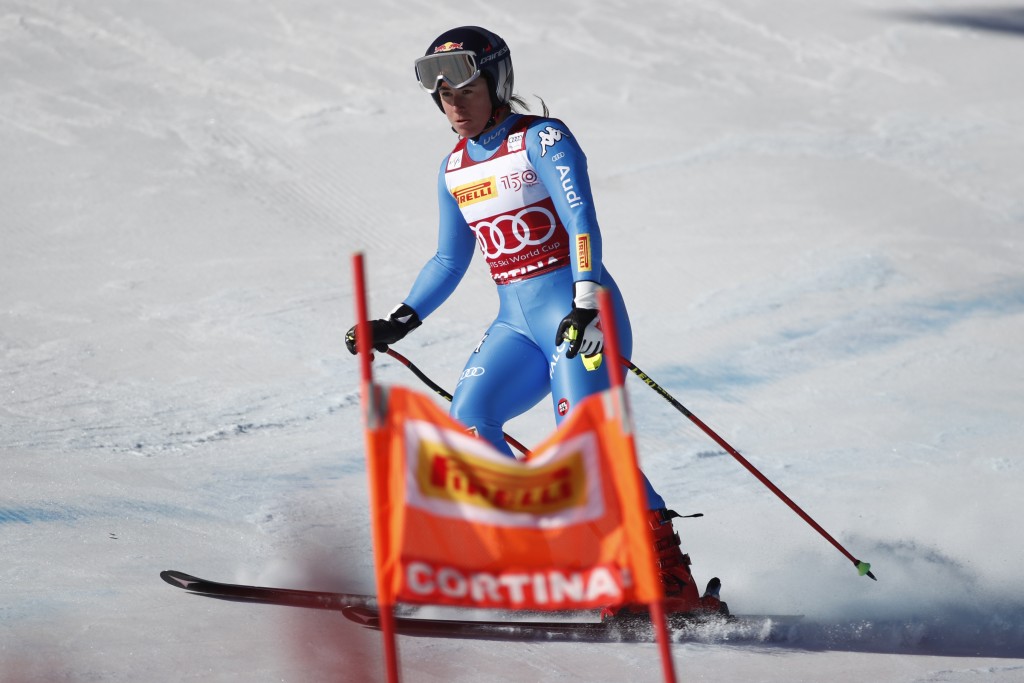 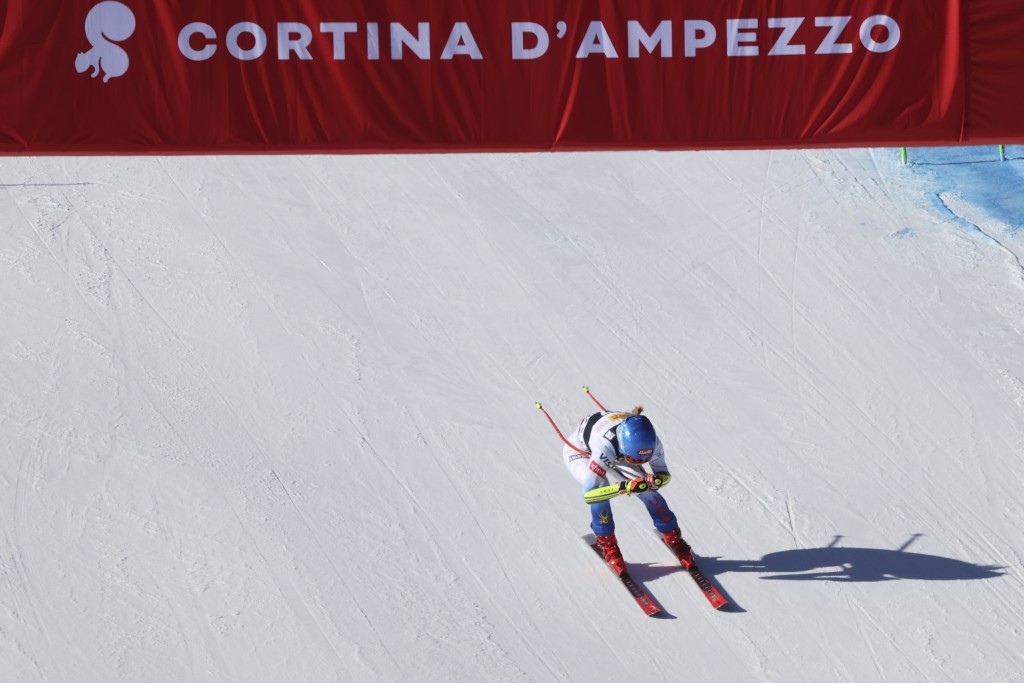 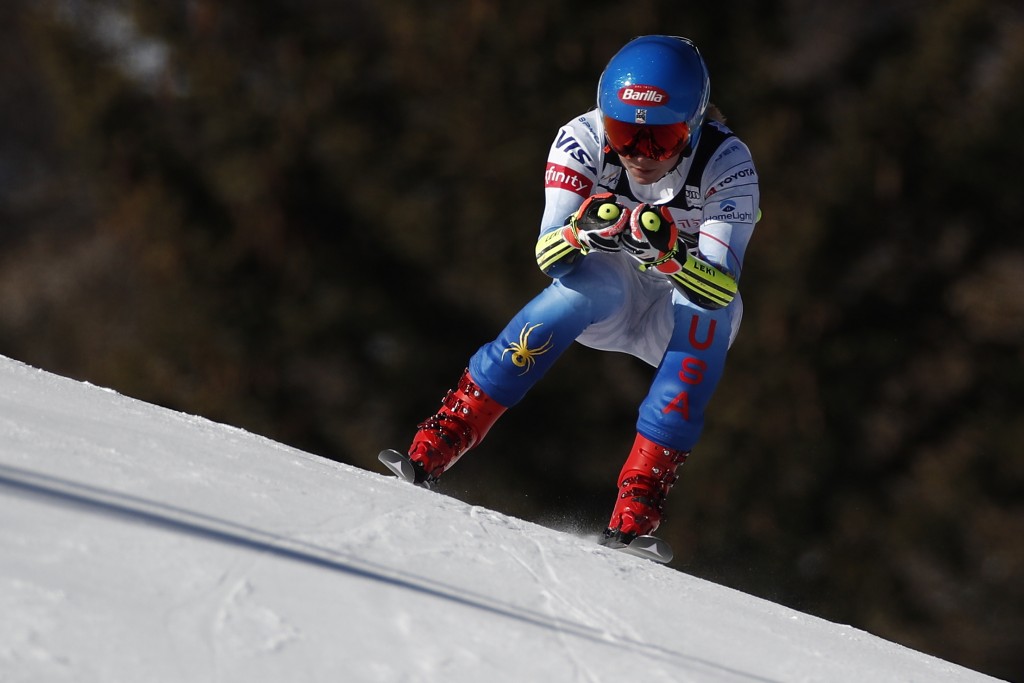 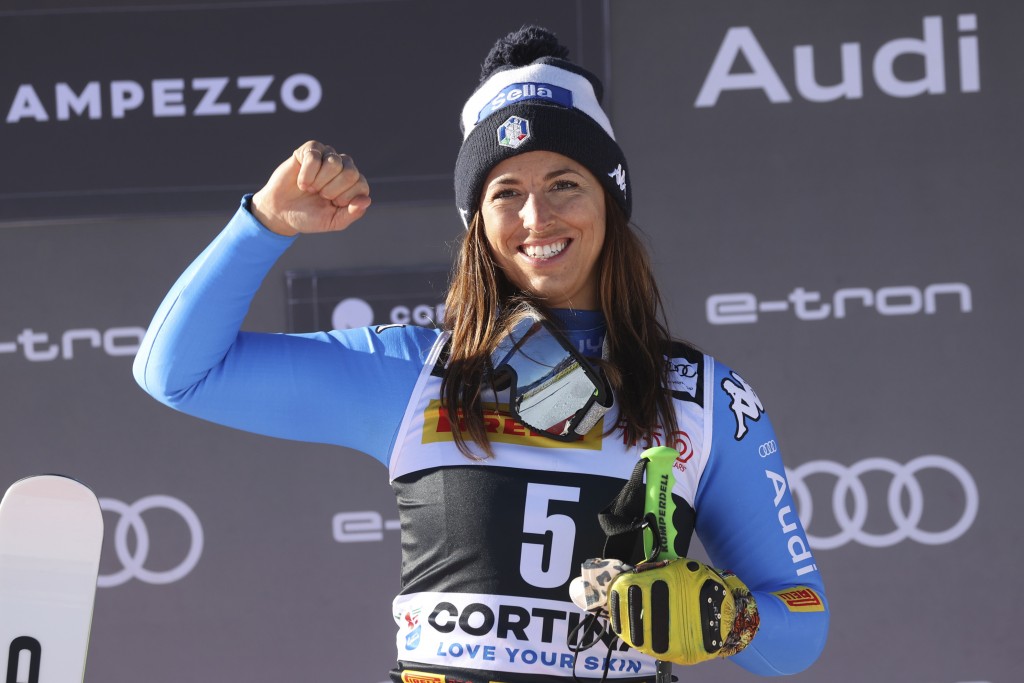 CORTINA D'AMPEZZO, Italy (AP) — There were mixed emotions within the powerhouse Italian ski team when Elena Curtoni won a super-G on Sunday while Sofia Goggia crashed again with the Beijing Olympics less than two weeks away.

For the second victory of her career in her 230th World Cup race, Curtoni mastered a tricky course-set to finish a slim 0.09 seconds ahead of Austria’s Tamara Tippler and 0.24 ahead of Olympic combined champion Michelle Gisin.

The Italian team said Goggia sprained her left knee, partially tore a cruciate ligament and suffered a “minor fracture” of the fibula bone in her leg — plus some tendon damage — after she did the splits midway through another wild run, a day after she overcame a series of mishaps to win a downhill on the Olympia delle Tofane course.

Goggia will aim to return in time to defend her Olympic downhill title on Feb. 15 at the Beijing Games.

Goggia also had a high-speed crash during a downhill at Altenmarkt-Zauchensee, Austria, last weekend. She escaped serious injury in that crash but was banged up to the point that she said she couldn’t walk on Monday.

Like the crash in Austria, Goggia’s latest fall occurred on a section of the course where shadows made visibility difficult.

Goggia was 0.07 behind Curtoni at the second checkpoint when she made an error and had to check her skis to stay on course. Moments later, Goggia lost control as her skis rattled on the hard surface. She ended up doing the splits, was bumped into the air and landed on her back before tumbling down the course, through the next gate, eventually coming to a stop without hitting the safety nets.

After being tended to briefly, Goggia clicked back into her skis and made her way down to the finish under her own power. But she was visibly discouraged.

“It’s a bittersweet day,” Curtoni said. “I’m happy with what I was able to do in my race and very upset for Sofia.”

Curtoni left her leader’s seat to check on Goggia.

“She was under shock,” Curtoni said.

Goggia missed her home world championships in Cortina last season after breaking a bone in her right knee.

Curtoni’s previous victory came in a downhill in Bansko, Bulgaria, two years ago. She has been strong all season and this marked her third podium result in six super-Gs.

Curtoni excelled on the technical middle section of the course where Goggia and several other skiers had trouble.

“There were some turns where I could have done more but it was still a good run on a difficult course-set,” Curtoni said. “I did what I’m capable of out there.”

Italy dominates the super-G standings, which are led by Brignone (377 points) — who finished fourth Sunday — Curtoni (348) and Goggia (332).

Next up on the women's calendar is a giant slalom at Kronplatz in nearby San Vigilio di Marebbe on Tuesday. Then another weekend of speed races in Garmisch-Partenkirchen, Germany, are the final events before the Beijing Games.