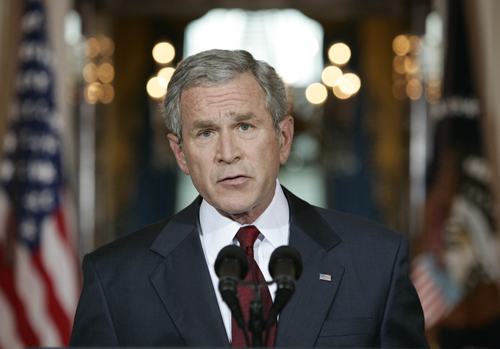 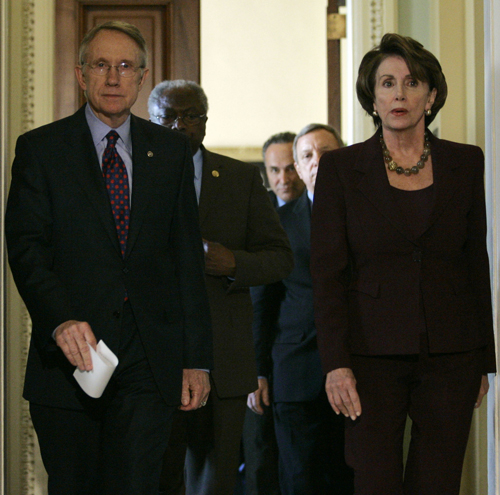 U.S. President George W. Bush on Tuesday vetoed legislation from the Democratic-controlled Congress that would have set dates for withdrawal of U.S. troops in Iraq, saying such a timetable would be "setting a deadline for failure."
"Members of the House and Senate passed a bill that substitutes the opinions of politicians for the judgment of our military commanders," Bush said on the fourth anniversary of the "Mission Accomplished" speech in which he prematurely declared an end to major hostilities in Iraq.
Bush's veto came as Iraqi Interior Minister Jawad al-Bolani said highly reliable information indicated Abu Ayyub al-Masri, leader of al-Qaida in Iraq, had been killed north of Baghdad. An al- Qaida-linked group, however, denied the report and U.S. officials said it could not be confirmed.
Democrats in Congress appear not to have enough votes to override Bush's veto, which was only the second of his term.
The withdrawal dates were part of a US$124 billion funding package for the wars in Iraq in Afghanistan and Bush said congressional leaders from both the Democratic and Republican parties had been invited to the White House yesterday to reconcile differences.
Bush had repeatedly promised to veto legislation that would set dates for troops withdrawals and in a televised address on Tuesday he called such a timetable "rigid and artificial." He said it also would demoralize the Iraqi people and encourage killers across the Middle East.
Under the legislation, American troop withdrawals would have begun as early as July 1 and no later than October 1, with the nonbinding goal of removing all combat troops by March 31.