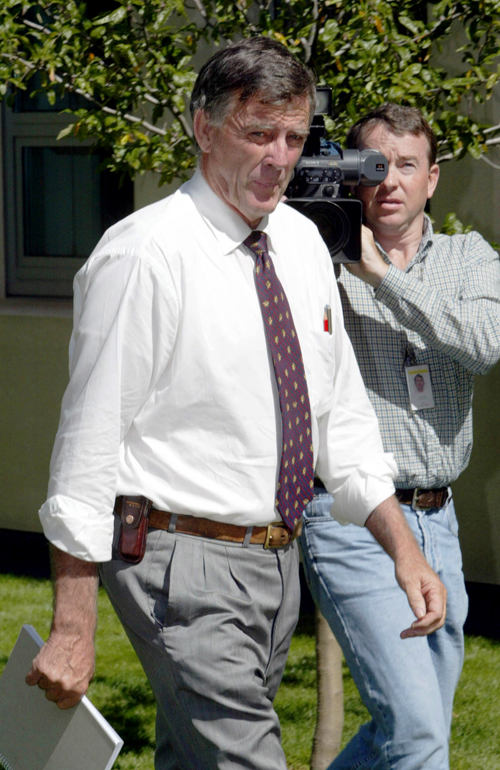 A senior Australian lawmaker apologized yesterday after creating a furor by saying a female politician does not deserve a leadership role because she has decided not to have children.
Bill Heffernan, a close friend of Australia Prime Minister John Howard, described Julia Gillard, the deputy leader of the opposition center-left Labor Party, as "deliberately barren."
"If you're a leader, you've got to understand your community," Heffernan, a 64-year-old senator in the center-right Liberal Party, was quoted as saying in The Bulletin magazine yesterday edition.
"One of the great understandings in a community is family and the relationship between mum, dad and a bucket of nappies," he said in the magazine.
His comments triggered demands for an apology from Labor lawmakers, and condemnation from some government leaders.
Howard initially rejected Labor leader Kevin Rudd's demand for an apology, but later told reporters he would discuss the matter with Heffernan, a blunt-talking wheat farmer often seen as the prime minister's messenger.
Heffernan later issued a brief media statement.
"I apologize to Julia Gillard and anyone else who was offended by my completely inappropriate and insensitive remarks," he said.
Howard said it doesn't matter whether a politician is a parent or not.
"I don't approve of those sort of remarks and I made that very clear," Howard told reporters.
Howard's Liberal Party deputy, Peter Costello, said Gillard's private life was none of Heffernan's business.
"Do I think you should comment on a person's decision in relation to having children? The answer is: No," Costello said.
Gillard, who has said she might have became a mother if she had fallen in love with a man who wanted children, dismissed Heffernan as old-fashioned and has not asked for an apology.
"The reality is that modern women know all about modern women's choices. Mr. Heffernan is a man stuck in the past," the unmarried 45-year-old told reporters.