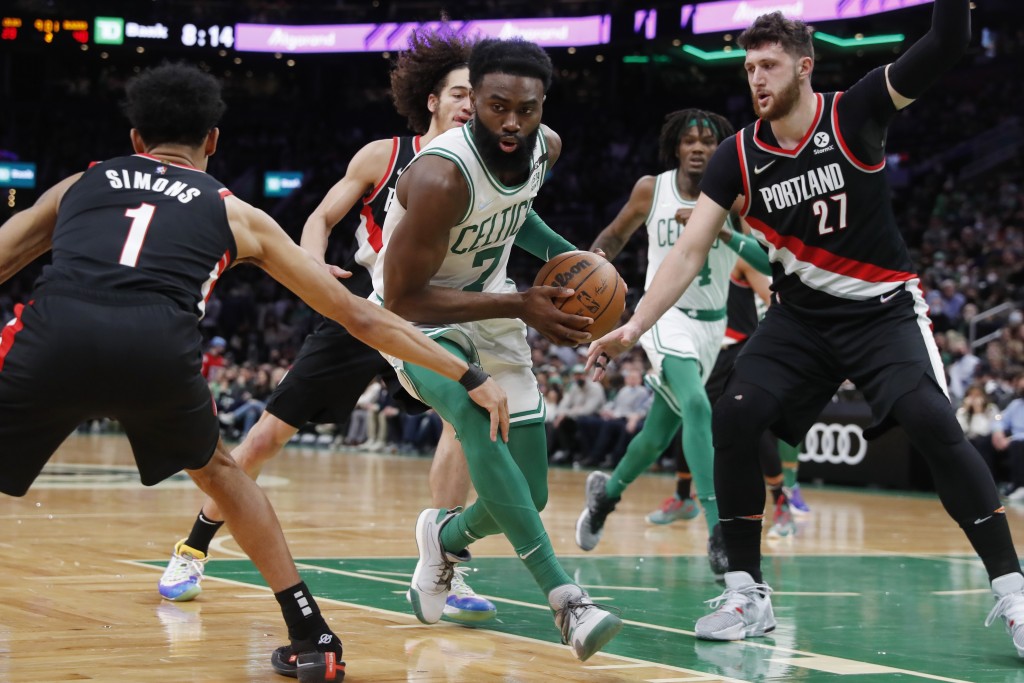 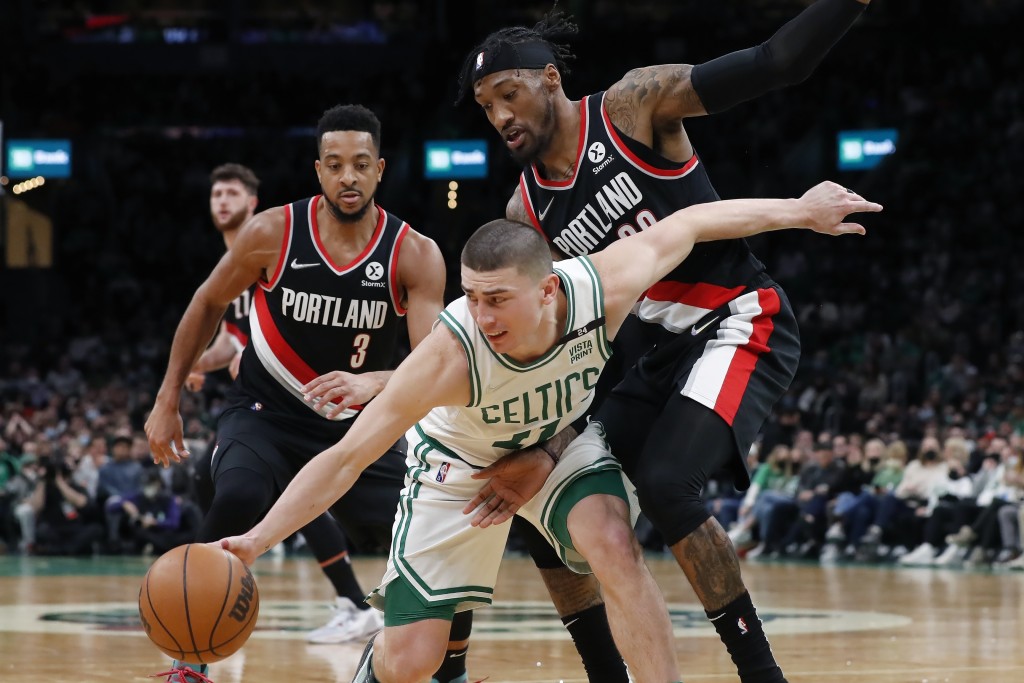 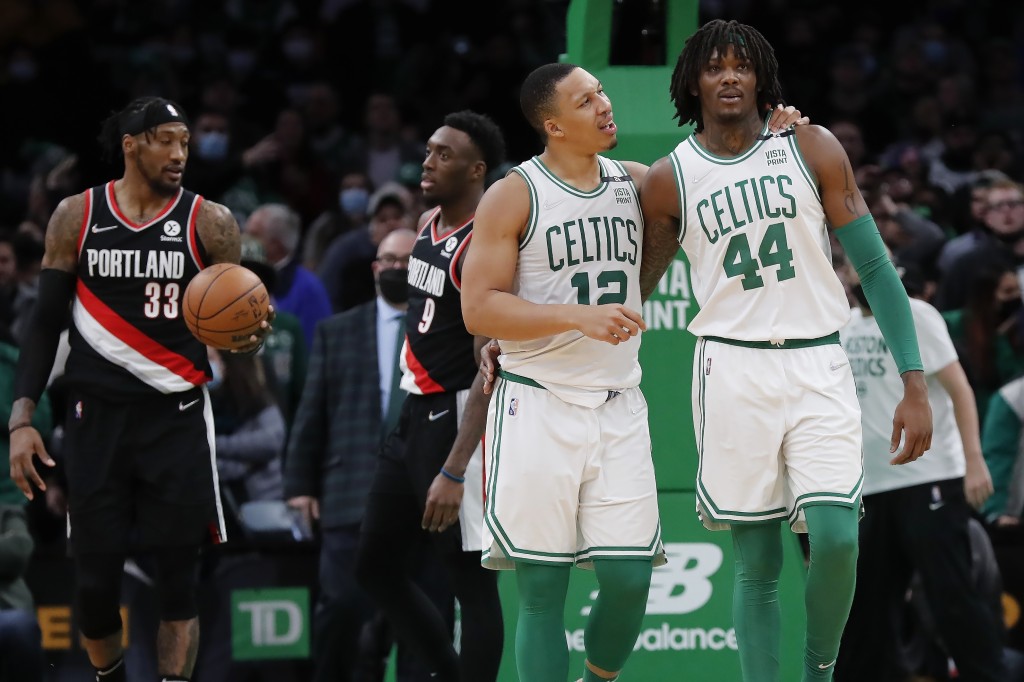 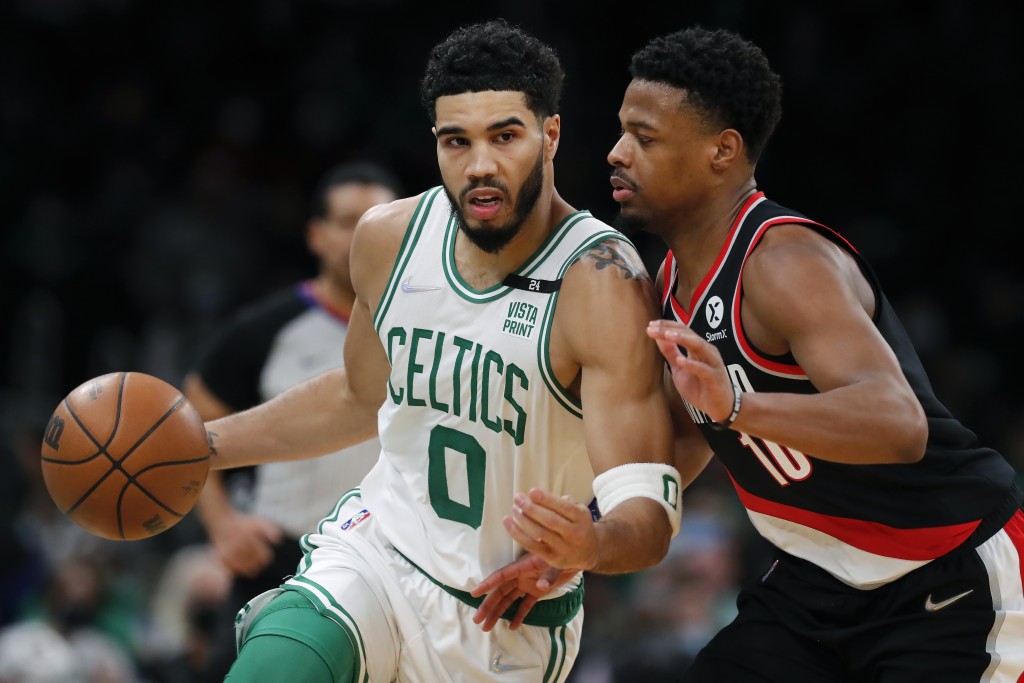 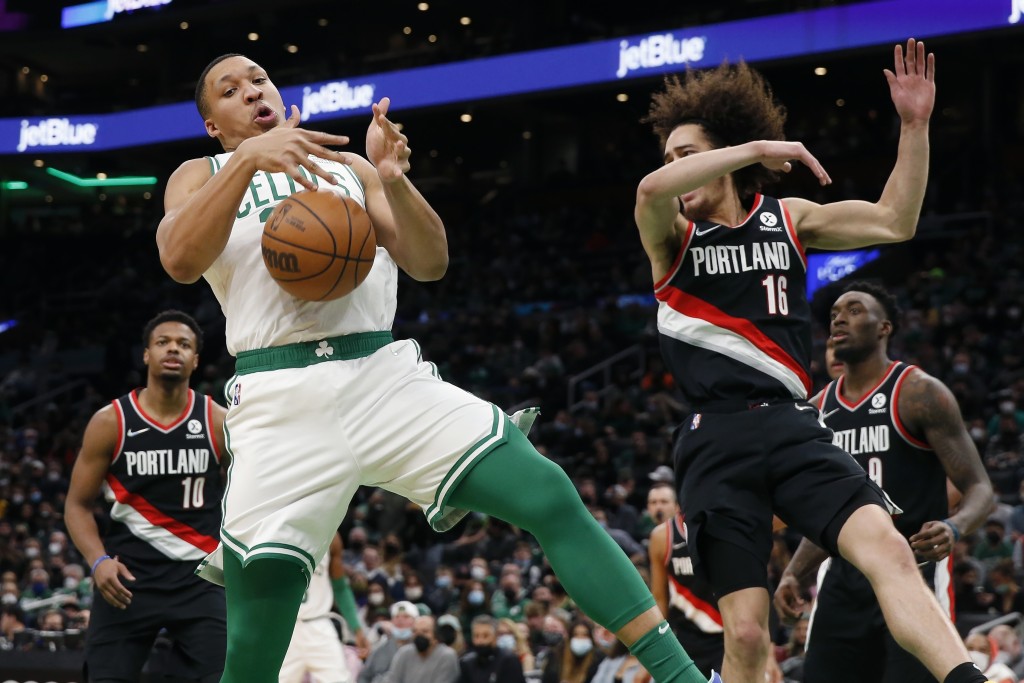 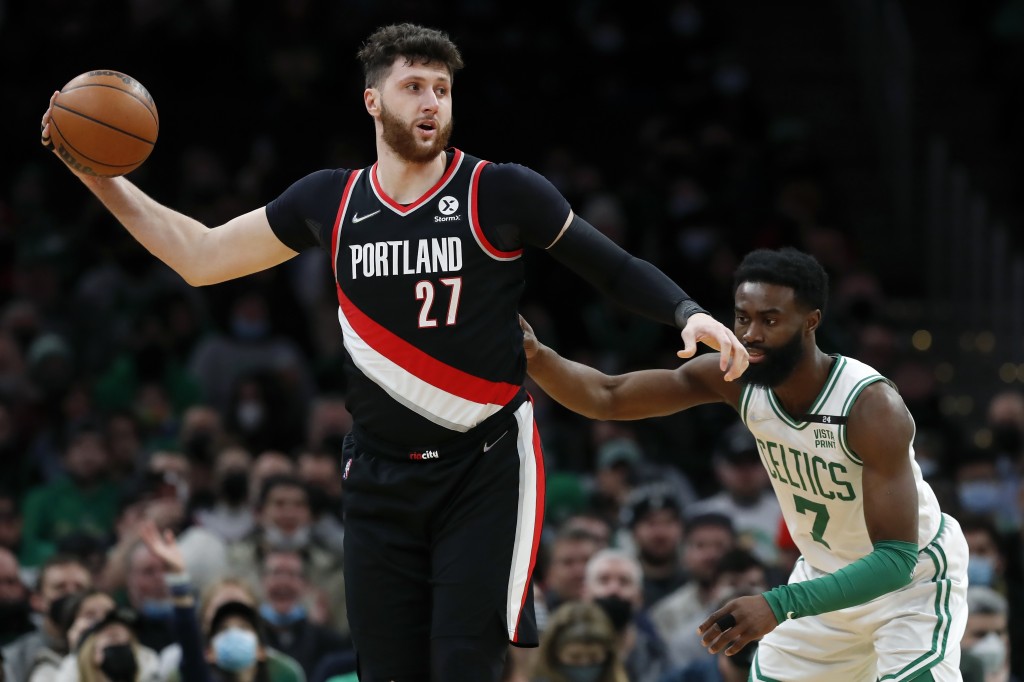 BOSTON (AP) — Jusuf Nurkic grabbed an offensive rebound and hit a shot from the lane with 14 seconds left and the Portland Trail Blazers rallied past the Boston Celtics 109-105 Friday night.

Nurkic had 29 points and 17 rebounds, none bigger than his board after Jayson Tatum gave Boston a 104-103 lead with two free throws with 26.8 seconds to go.

Anfernee Simons missed at the other end, and Nurkic grabbed the ball and softly put it in from a few feet out. The Blazers sealed the victory at the foul line.

"It was a big-time play," Portland coach Chauncey Billups said.

CJ McCollum scored 24 points and Simons had 21 for Portland, which trailed by 11 midway through the fourth quarter and won for just the fifth time on the road.

"We know we can get stops and get good shots, especially the way I was doubled, and that’s what we did,” Nurkic said. “I think on defense, we trusted each other probably the most in the whole season. I think that was probably the biggest key of the game.”

“We got away from what we were doing to get up in the game,” Billups said. “We knew they were going to make a run. We’re not going to overreact to that.”

A 3-pointer by Nurkic with 9:17 remaining cut Boston's lead to 92-89, but Portland didn't score again for nearly four minutes as the Celtics scored eight straight points. The Blazers finally scored again when McCollum hit a 3 with 5:32 left, pulling Portland within 100-92.

The Blazers tied it again at 100 with 1:37 left when Nassir Little took a turnover by Williams in for a dunk. Two free throws by Brown put Boston back up by two, but Robert Covington got his first points of the night with a 3-pointer from the corner with 32 seconds left.

“We’ve just got to stay healthy and put a run together. We’ve had some bad losses, obviously, and we beat the best teams,” Tatum said. “We’ve just got to be more consistent and be better more often than we have.”

The Celtics went up 100-89 on a layup by Grant Williams with 7:19 left to play. It ended up being the last field goal of the game for Boston, which was forced into some poor shooting choices down the stretch as the Blazers clamped down defensively.

The Celtics made just 6 of 17 shots in the final period.

“We had turned somewhat of a corner lately in some fourth quarters, made the proper plays defensively and offensively and then made timely shots, as well. I felt like we took a little step back as far as that obviously in the fourth quarter with the end of the game drought and the run they made,” Boston coach Ime Udoka said.

Trail Blazers: Nurkic had a double-double for the fourth consecutive game.

Celtics: Brown’s 3-pointer just before the halftime buzzer put the Celtics up 58-54 after Boston outscored Portland 33-24 in the second quarter. ... Williams received a technical with 7:36 left in the third quarter after being called for an offensive foul. ... G Marcus Smart remained out for the sixth straight game as he reconditions from his time on the COVID-19 health and safety protocols list. ... G Aaron Nesmith (sprained right ankle) missed his second consecutive game.