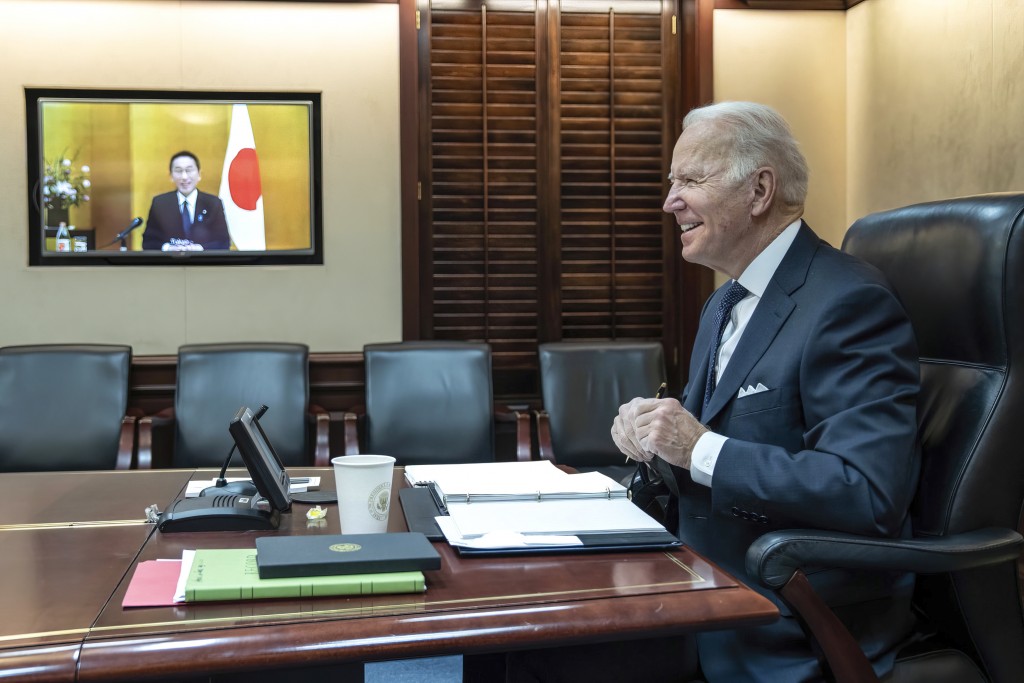 TAIPEI (Taiwan News) — The U.S. and Japan stressed the importance of peace and stability in the Taiwan Strait and have agreed to hold ministerial economic 2+2 talks in the future during a virtual meeting held on Friday (Jan. 21).

U.S. President Biden and Japanese Prime Minister Kishida Fumio held a conference at 10:00 p.m. Friday night where the two reiterated the importance of Taiwan Strait peace and the peaceful resolution of cross-strait tensions, according to a Japanese foreign ministry press release. They also expressed concern over the situation in Hong Kong and Xinjiang.

The two leaders rejected certain countries attempting to change the status quo and exerting economic pressure in the East and South China Seas. They also agreed to work closely together to address various China-related issues.

They confirmed that economic 2 + 2 talks in the near future will demonstrate U.S.-Japan solidarity to the world.

The two leaders also agreed to cooperate closely with like-minded countries such as Australia, India, ASEAN, and Europe and confirmed that Japan-US economic cooperation will further expand in the Indo-Pacific region.

With regard to North Korea’s development of nuclear weapons, Biden and Kishida said they believed this will threaten the peace and stability of Japan, the region, and the international community.

Additionally, Kishida said he looks forward to Biden's visit to Japan in the first half of this year, during which Japan plans to host an in-person Quad summit.