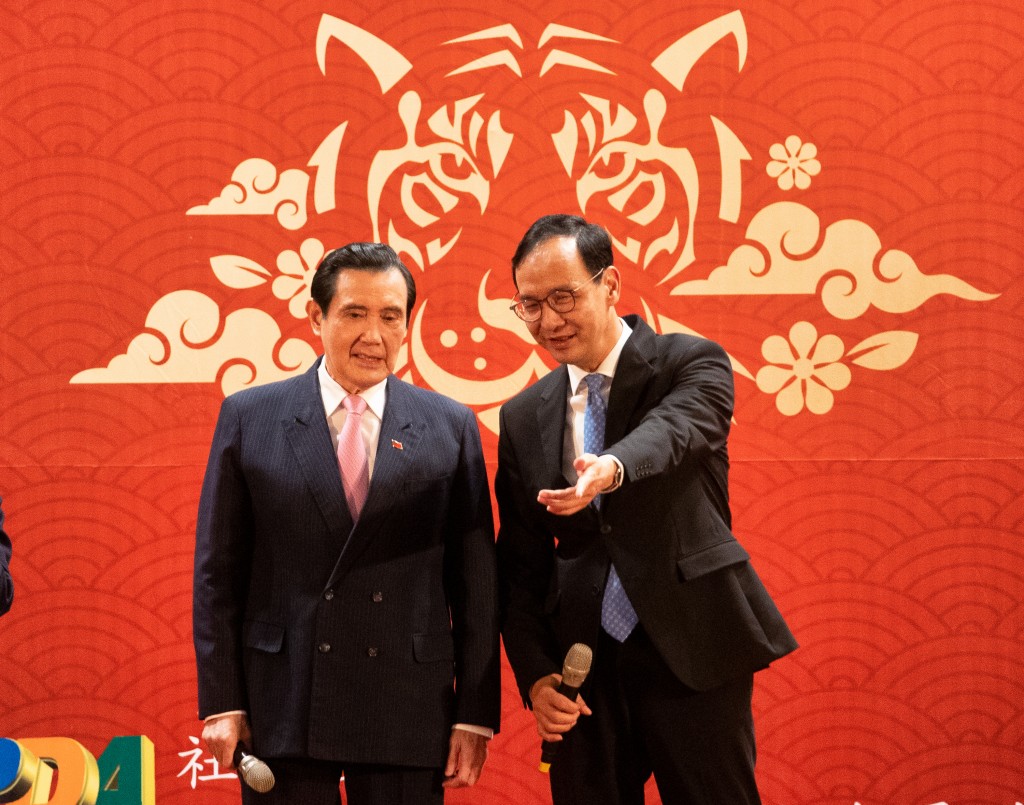 On the eve of the recall vote against Freddy Lim (林昶佐) and the legislative by-election in Taichung on Jan. 9, with the credibility of the Kuomintang (KMT) on the line, something extremely unusual happened: Party chair Eric Chu (朱立倫) skipped the final rallies. Questions immediately arose: Did he already know the result was going to be bad, was he trying to distance himself from the results and if so, what would he say to the press afterwards…or even would he speak to the press?

To widespread shock, when both the recall of Freddy Lim failed and the Democratic Progressive Party (DPP) won the by-election, Eric Chu eschewed both the standard public apology and deep bow of abject contrition to distraught supporters and the press that is customary, and sent a minion in his stead to face their wrath. KMT supporters and minor figures in the party starting calling for his head, and for a new KMT chair to be installed.

From the start, Eric Chu has been hobbled in his second term as chair. He entered the KMT chair race as the only true party heavyweight in a four-way race against relative minnows Johnny Chiang (江啟臣), Chang Ya-chung (張亞中), and Cho Po-yuan (卓伯源) and yet only managed to win it with a paltry 46% of the vote, while over half of the party chose his predecessor and attempted reformer Chiang or the deep blue hardline insurgency of Chang.

Chu campaigned as the only candidate who could lead the party to election victories in the local elections this year and in the national elections in 2024. As he put it when he won the chair race: “Today is the day the DPP’s position is now under threat, because from this day forth, the KMT is renewed as a united and formidable political force” and concluded on “we will unite together with all the people of Taiwan to defeat the DPP.”

So far so bad for Chu, electoral victories, and party unity. Though almost immediately after taking office the successful KMT-backed recall of Taiwan Statebuilding Party lawmaker Chen Po-wei (陳柏惟, aka 3Q) provided a fillip, although everyone knew Chu had little to do with that victory.

Since then the party he leads has lost or failed in six straight campaigns, including losing all four referendum votes in December in spite of polling suggesting they had a good chance at winning at least some of them. Traditionally the chair of either political party would at the very least apologize and bow, and many would have resigned at the disgrace: Chu did neither.

Regardless of whether this was an attempt to distance himself from the defeat (aids tried to pin the blame on his predecessor who’d been out of office for months), was an act of cowardice, or both — the party faithful reacted with fury. Some recalled that he was the one who had led the party as chairman into the 2016 national elections which saw the DPP win both the presidency (defeating Chu, who was the KMT candidate) and for the first time a majority in the legislature, which some considered the worst defeat for the KMT since 1949.

Chu’s problems do not stop there. He inherited a party that has been borrowing cash and selling off party headquarters in places like Changhua and Nantou to keep financially afloat, virtually no support from people under the age of 40, and a “One China” ideology so unpopular that it makes the party all but unelectable (barring a complicated three-or-four way race) to the presidency.

During his tenure things have only gotten worse, even beyond the six straight campaign losses: Both the Yilan and Yunlin County Commissioners of the KMT are now under investigation for alleged corrupt practices, and allegations of impropriety and using the city government to benefit cronies are spreading like wildfire around Taichung Mayor Lu Shiow-yen (盧秀燕) of the KMT, who denies the allegations and is counter-suing.

A recent TVBS poll on the satisfaction ratings of 13 top political figures found Chu coming in dead last, with only 21% expressing satisfaction and 61% dissatisfied. At this point the chair that won pledging to unite Taiwan against the DPP has done anything but.

And yet, Chu still wears the crown. So far, of the most likely candidates to challenge him for the post, only the runner-up in the last chair election, Chang Ya-chung has been highly critical, while heavyweights like former President Ma Ying-jeou defend him.

Chu bet that the party heavyweights did not have the stomach for another bruising chair race so soon after the last one, and right as the party is about to release their slate of candidates for this year’s local elections. He bet right, even potential challenger BCC Chairman Jaw Shaw-kong (趙少康) — who is known to covet the position and is openly running for president in 2024 — defended Chu.

As long as Chu keeps the party heavyweights mollified, enough of the members elected in the party’s Central Standing Committee race on March 5 stand behind him, and no new scandals appear that are tied to him directly, he most likely will survive to see through the elections.

There are other reasons his potential challengers will leave him alone for now. One is rocking the boat now would clearly be frowned on by people like former President Ma at a time the party needs unity and focus on this year’s elections.

Another is that the electoral math for the coming elections is problematic for the KMT, though there are some bright spots. On the bright side for the KMT, due to term limits some plum positions held by their opponents in traditionally blue (pro-KMT) leaning areas will open, including the mayorships of Taipei and Taoyuan.

Chu campaigned on not only holding the localities that the KMT currently holds, but also expanding on them, including winning Taipei and possibly one or two more. While winning Taipei is well within their grasp, the tricky part for the KMT is that in the last elections in 2018 the KMT won in a landslide, taking 15 of 22 cities and counties.

Of the 14 that remain (they lost Kaohsiung Mayor Han Kuo-yu to a recall), it will be very hard to hold every single one of them, especially places in traditionally more DPP-friendly areas–including Yilan and Yunlin where the county commissioners are currently under investigation. Chu will be very hard-pressed to pull off a result that will appease his critics.

His potential challengers, therefore, are not going to take the risk of challenging him now — far better to let Chu take the fall for any shortfall in his promises on the results of this year’s elections, then force him out and try to pick up the pieces for themselves.

In the meantime, watch and see what his most likely challengers do. Han Kuo-yu has already re-launched his career, Jaw Shaw-kang has been pumping up his “fighting blue” movement, and Chang Ya-chung is already on the attack.

Those three potential challengers are far deeper blue and even further from mainstream public opinion than Chu, and by year’s end or early next year there is a good chance one of them will be taking his place and will likely pull the party even further away from electability in the runup to the 2024 national elections. The one possible dark horse candidate, though he’s shown no interest so far, who is closer to public opinion is New Taipei Mayor Hou Yu-ih.