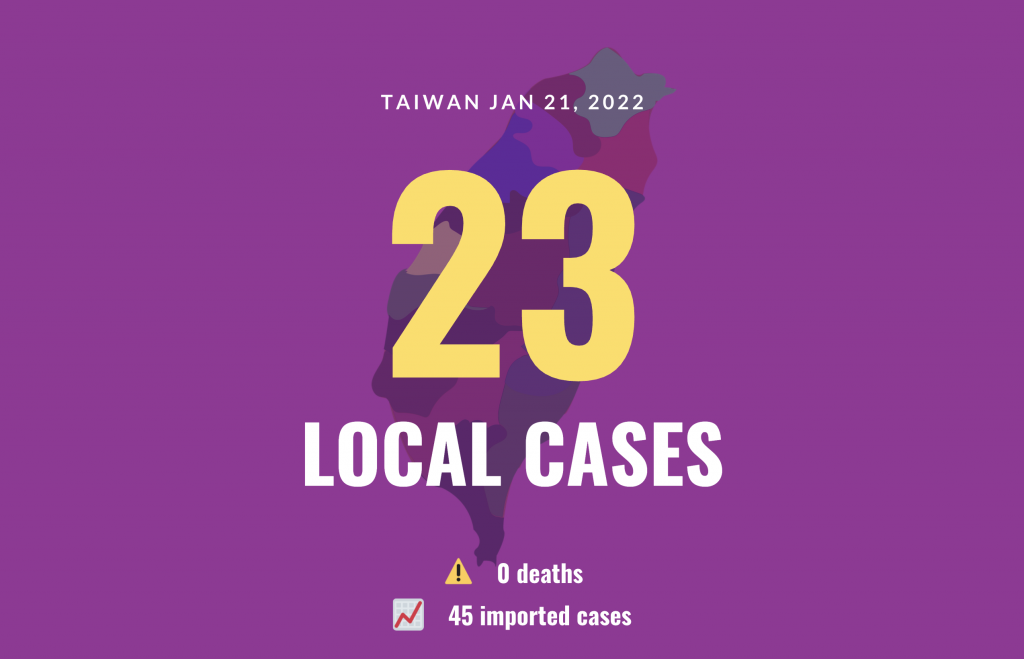 Chen said the local cases include 10 males and 13 females ranging from under 10 years old to their 70s. Among these cases are 10 newly confirmed cases tied to a cluster infection that started with a family in Kaohsiung City and has spread to seven dockworkers and three contacts at a clinic.

The 45 imported cases include 20 males and 24 females ranging in age from under 5 years old to their 70s. Of these, 29 tested positive upon arrival at the airport, while 16 tested positive during quarantine.

Between Jan. 5 and 20, they arrived in Taiwan from the U.S. (17 cases), the Philippines, Vietnam, Israel, Canada, Poland, Australia, South Korea, Singapore, Sweden, Russia, the U.K., and Ireland. The country of origin for eight cases is still being investigated.

A total of 116 people have been removed as confirmed cases, while 14 cases are still under investigation. To date, 851 individuals have succumbed to the disease.