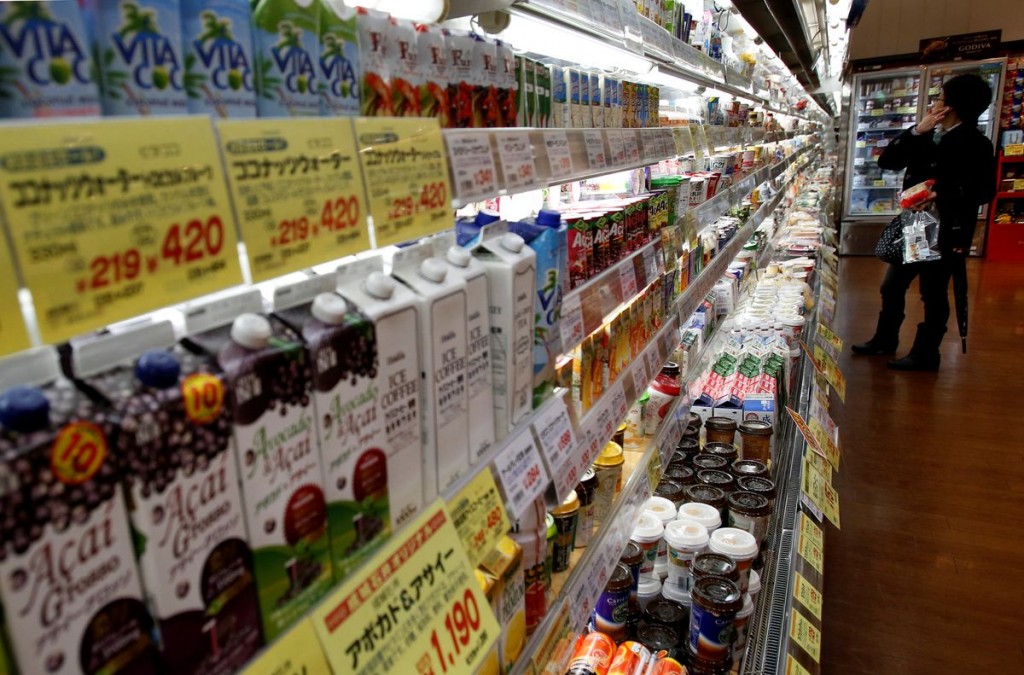 Japan's core consumer prices rose 0.5% in December from a year earlier, increasing for a second month in a row at the fastest pace in nearly two years in a sign of broadening inflationary pressure from rising fuel and raw material costs.

The recent inflation pick-up drew the attention of Bank of Japan (BOJ) policymakers, some of whom said firms might be starting to be more aggressive in passing on higher costs to consumers, minutes of their December interest rate-setting meeting showed on Friday.

"It's unlikely Japan will see wages rise as sharply as in the United States. But there's a significant chance both economic growth and inflation could overshoot expectations," one BOJ board member was quoted as saying in the meeting.

The rise in the core consumer price index (CPI), which excludes volatile fresh food but includes energy costs, was slightly below market forecasts for a 0.6% gain. It was in line with a 0.5% increase in November, which was the fastest gain since February 2020, government data showed on Friday.

Still, the increase is not likely to trigger an immediate withdrawal of monetary stimulus by the BOJ, with inflation still well below its 2% target and driven mostly by external factors rather than strong domestic demand.

But the central bank will face the challenge of taming market speculation of an early exit from ultra-easy policy, as some analysts expect consumer inflation to approach 2% when drag from cellphone fee cuts ends in April.

Creeping inflation may also hurt consumption at a time when a surge in cases of the Omicron new coronavirus variant and more people staying at home to stay safe cloud the outlook of Japan's fragile economic recovery.

Electricity bills surged 13.4% in December from a year earlier, the fastest pace since 1981, on top of a 22.4% spike in gasoline costs, the CPI data showed.

"We're seeing signs of change in the price-setting behaviour of Japanese firms, which had been said to be cautious about raising prices for fear of seeing sales volume fall," the BOJ minutes quoted a board member as saying at the December meeting.

Japan has not been immune to the impact of global commodity inflation with wholesale prices rising at a record pace, prodding more firms to raise prices and already shifting public perception that deflation will persist.

The BOJ raised its price forecasts on Tuesday but said it was in no rush to change its ultra-loose policy on the view the recent cost-push inflation will provide transitory. read more

BOJ Governor Haruhiko Kuroda has said the bank's focus would be to scrutinise whether wages will rise enough to increase households' purchasing power, allow firms to hike prices and help sustainably accelerate inflation.

There is uncertainty, however, on whether companies will heed requests by Prime Minister Fumio Kishida to raise wages as stubbornly high input costs squeeze their profit.

Some analysts remain doubtful on whether inflation will broaden beyond goods sensitive to fuel and commodity prices.

An index stripping away the effect of energy and volatile fresh food prices fell 0.7% in December from a year earlier, dropping for the ninth consecutive month, the CPI data showed.

"There are goods for which prices can be raised with relative ease, such as fuel and energy. But for other products it's difficult," said Taro Saito, executive research fellow at NLI Research Institute. "I don't think there will as much price growth as in the United States and Europe."