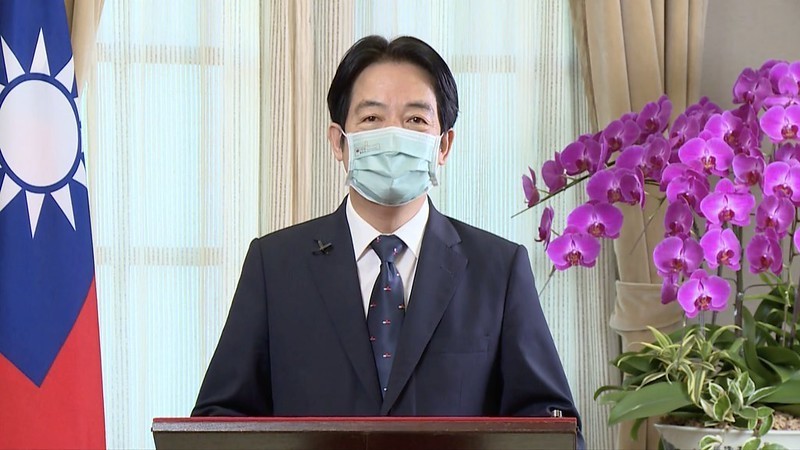 TAIPEI (Taiwan News) — Taiwan’s Vice President Lai Ching-te (賴清德) will be received by James Moriaty, Chairperson of the American Institute Taiwan (AIT), when he transits at airports in California on his way to and from Honduras this month.

The U.S. State Department has said Lai is traveling in a personal capacity and it is an unofficial visit. The U.S. will extend a warm welcome and facilitate his short stay according to principles of personal safety, comfort, convenience, and dignity, per a CNA report.

Lai will be departing Taiwan on January 25 and stopping in Los Angeles before reaching Honduras. He will attend the inauguration of President-elect Xiomara Castro on January 27.

On the return trip, Lai’s delegation will stay one night in San Francisco on January 29. They will be back on Taiwanese soil on January 30.

State Department officials say the U.S. has offered to accommodate Taiwanese leaders during international transit before. This is not in violation of Washington’s version of the so-called “one China policy.”

Nonetheless, Beijing did not take the news of Lai’s transit too well. Chinese state media have called the stopover “despicable political maneuvering” and railed against the Tsai administration meeting U.S. officials as maximizing the diplomatic “value” of the trip.

The trip will indeed present an opportunity for the Vice Presidents of Taiwan and the U.S. to interact directly, though not on American soil. Since U.S. Vice President Kamala Harris will also be attending Castro’s inauguration, it is likely she and Lai will stand together on the same stage and perhaps have more opportunities to mingle during the event.

The extent of interaction between Lai and Harris will be watched closely by political analysts, per CNA.