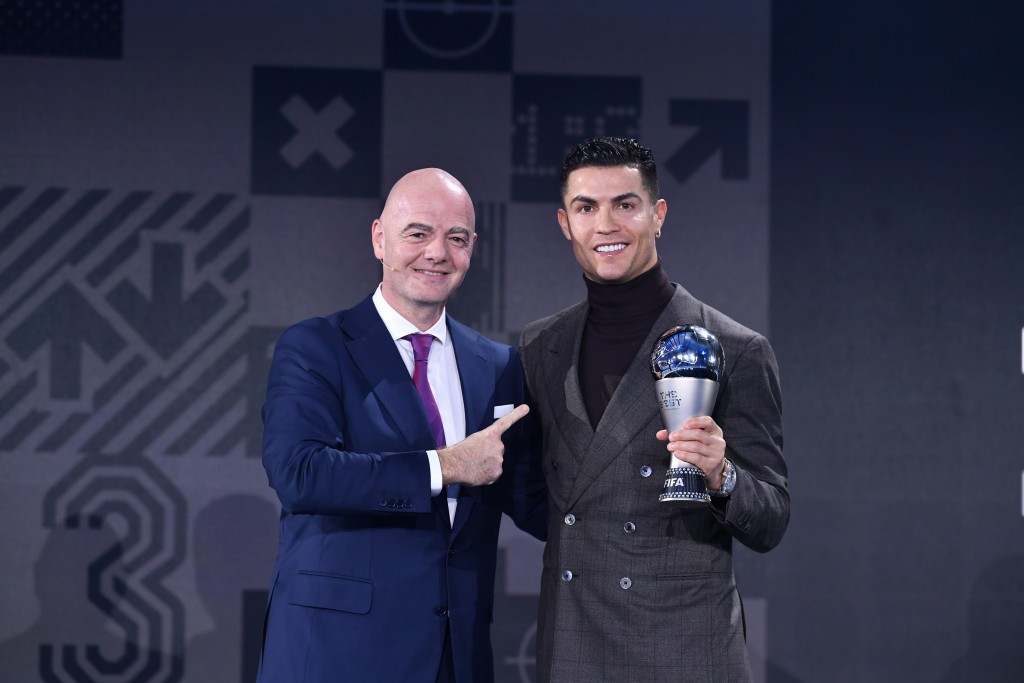 The meeting in northern England was convened by the English players' union, including Manchester United players Paul Pogba and Juan Mata, and Manchester City duo Steph Houghton and Lucy Bronze.

The Professional Footballers’ Association leadership has previously called FIFA's desire to double the frequency of World Cups “a source for concern," reflecting wider criticism across Europe of the plans that have stalled amid opposition.

Infantino said that while the players discussed “whether the prestige of the World Cup would be less if it’s played every two years," that it was not a “main topic" in the talks.

“It was really for us and for them — how can we put the players in the best condition to perform the best in the best games," Infantino said in a phone call with The Associated Press and another reporter after the meeting. “They said ... we would like to play every game, every day if we could but it’s just not possible. The player load and rest was the big one."

A new international calendar is needed in the women's game from 2024 and from the following year in the men's game.

“It’s really about how we could structure the rest periods for the players for them to be able to perform better in the games,” Infantino said. "It was less about the biennial World Cup (in the talks) and much more about the international match calendar ... how to make sure that the games that are played at the club and national team level are really meaningful and the players are put in the best conditions to play the best possible tournament.

“Of course, the biennial World Cup was mentioned as well. There are different views, but we didn’t seek any sort of opinion in terms of are you in favor, are you against. It’s more about the timings, the periods, the workload, how to play, when to play.”

The PFA, which asked last month for the meeting with Infantino, represents players across the English men's and women's leagues.

“If those who play the game are to have meaningful input into decisions about its future," PFA chief executive Maheta Molango said, "then this kind of dialogue is absolutely critical.”