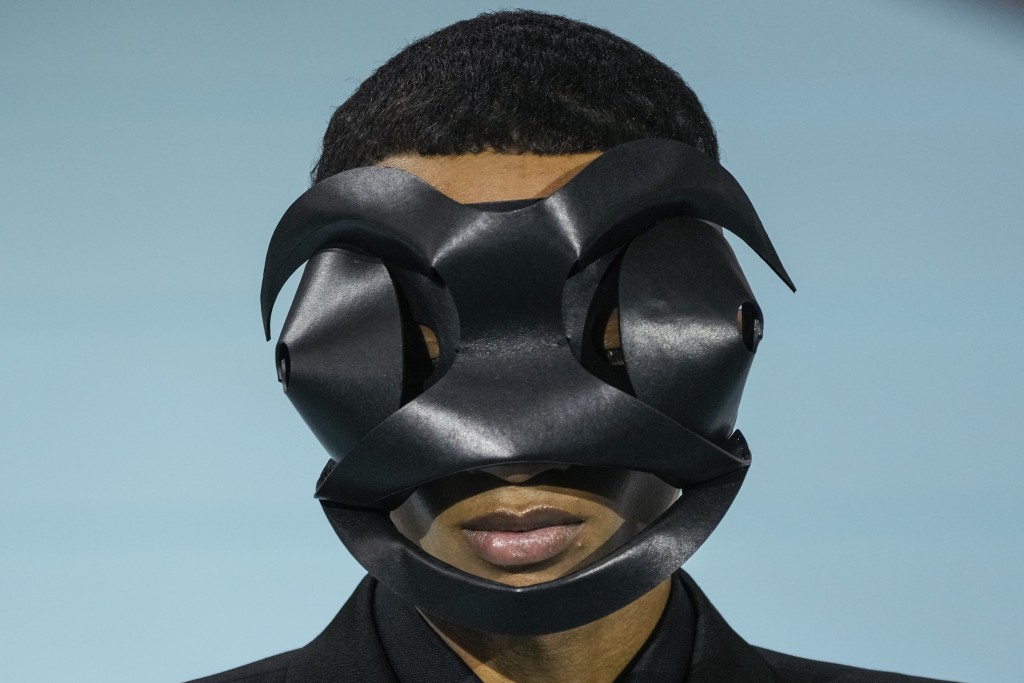 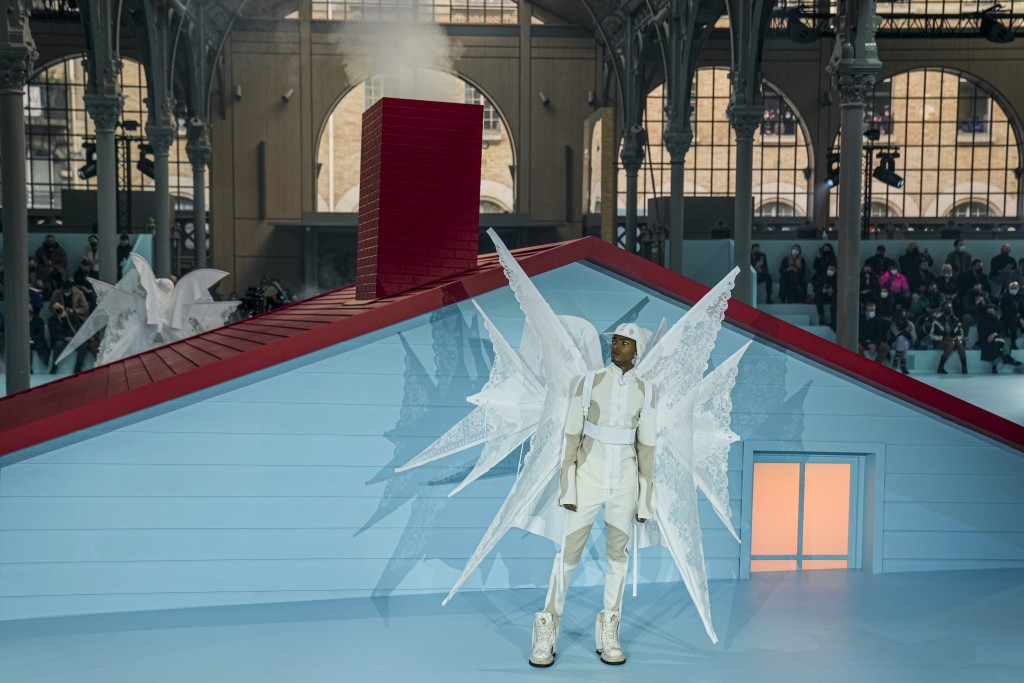 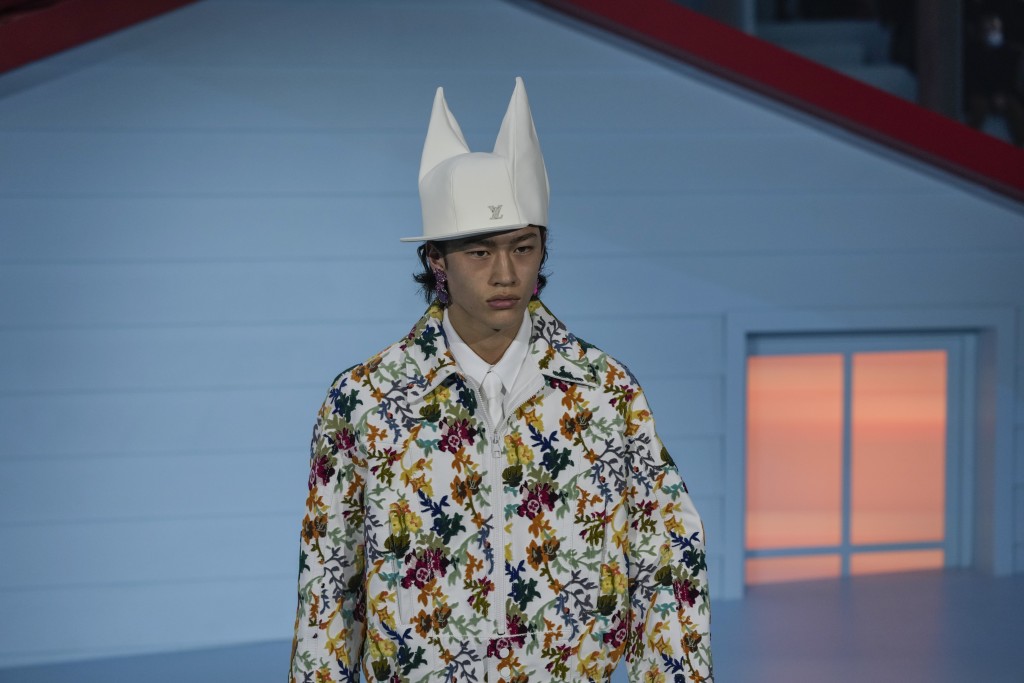 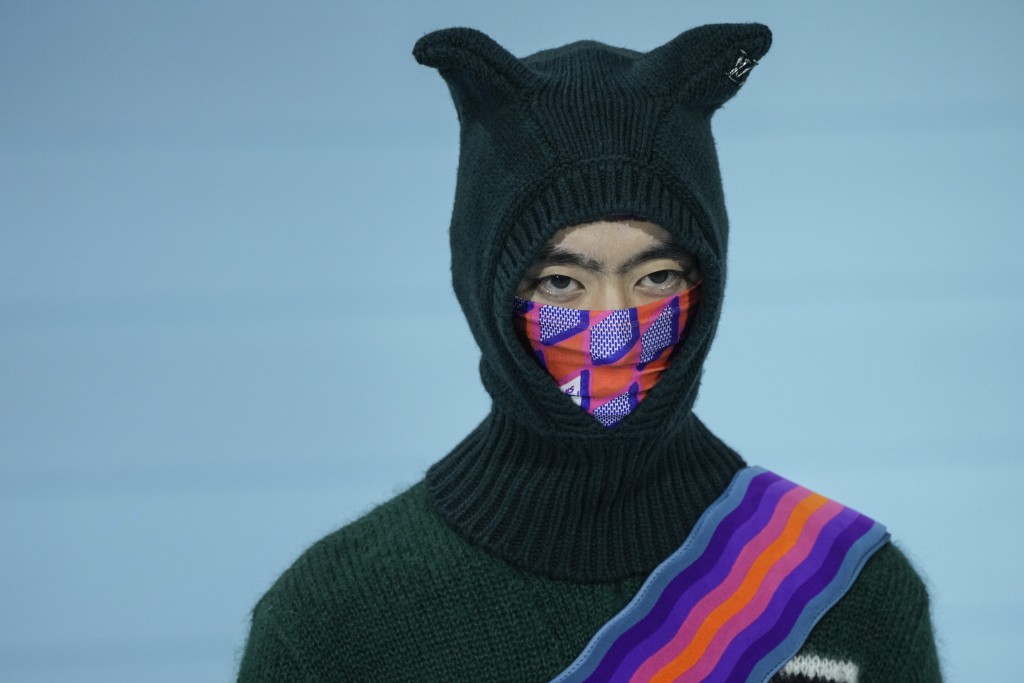 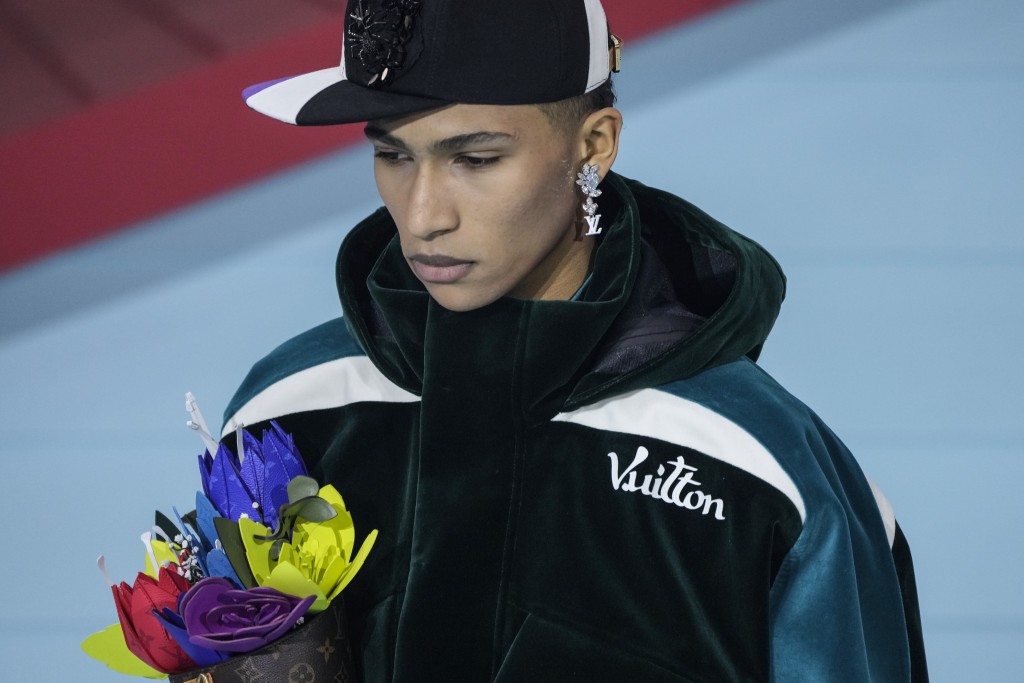 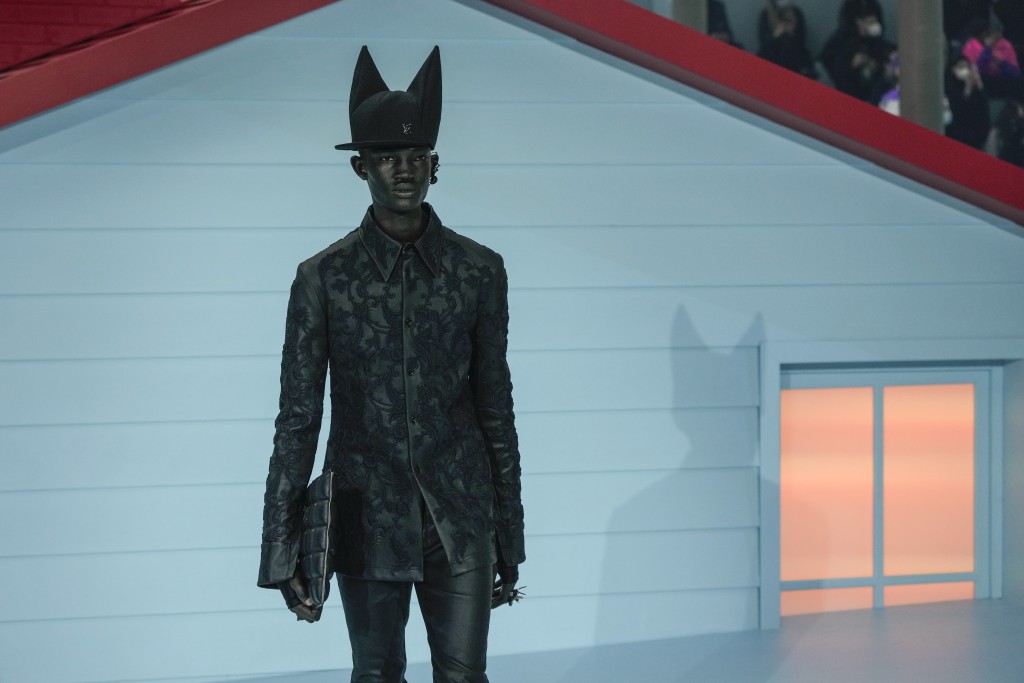 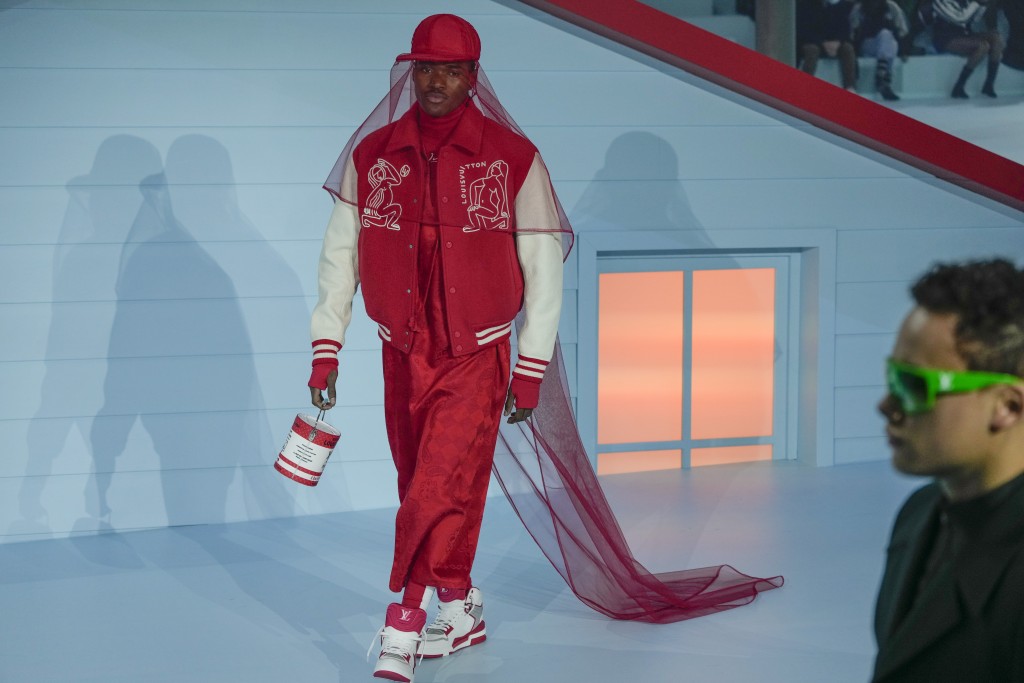 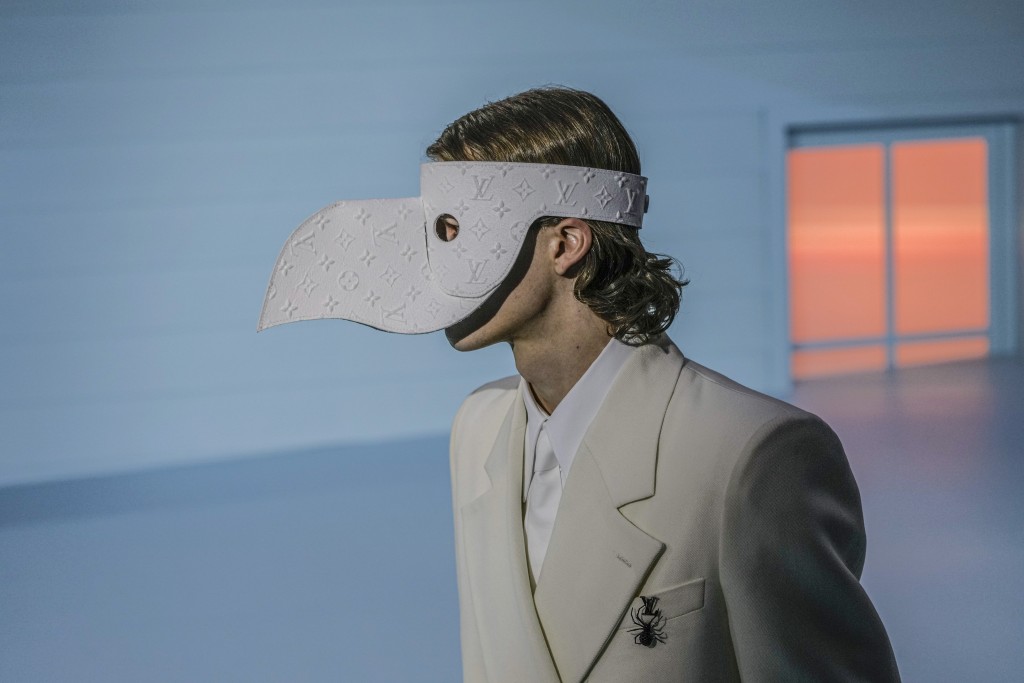 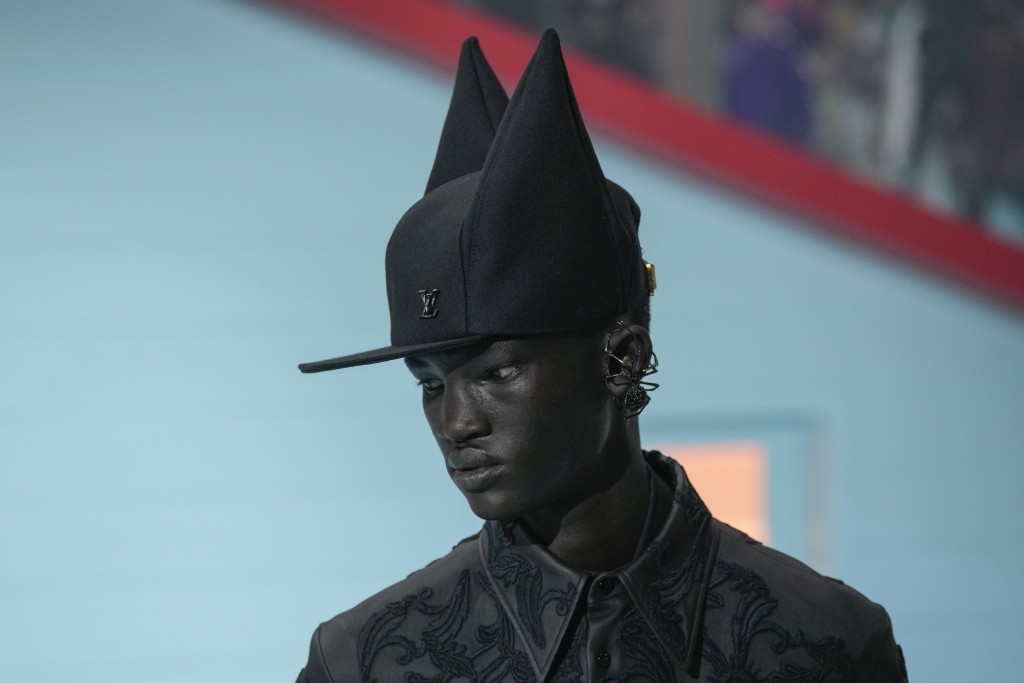 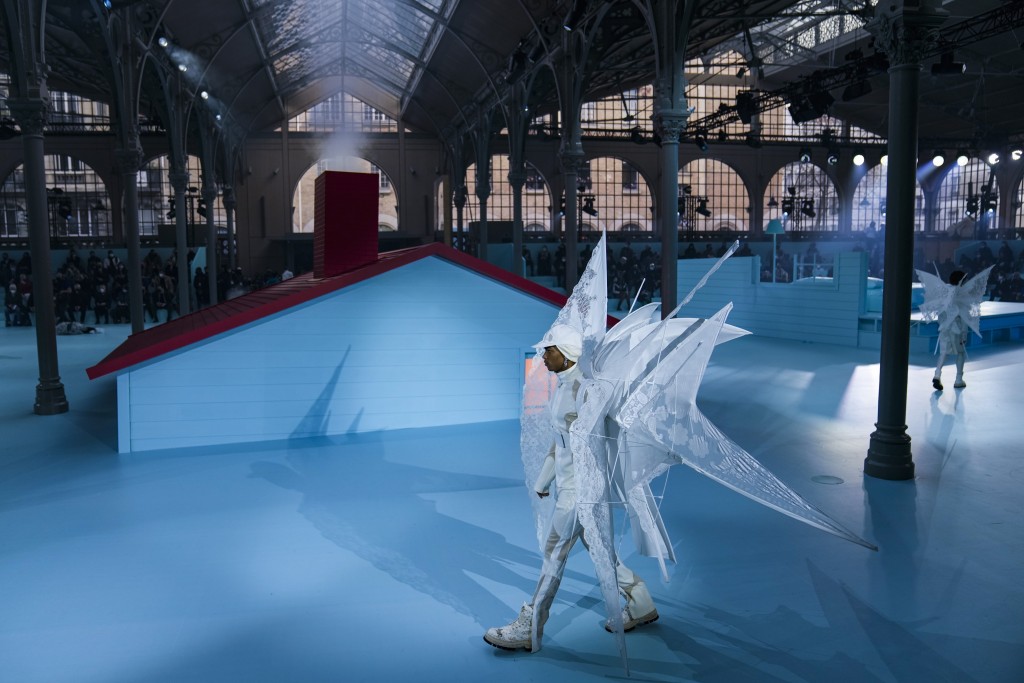 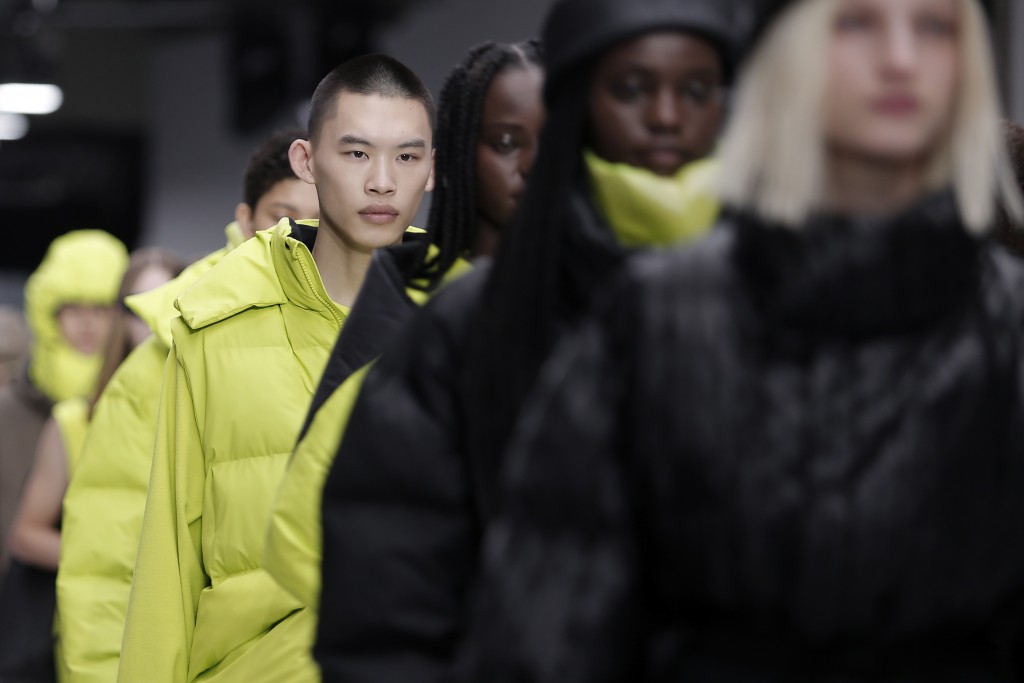 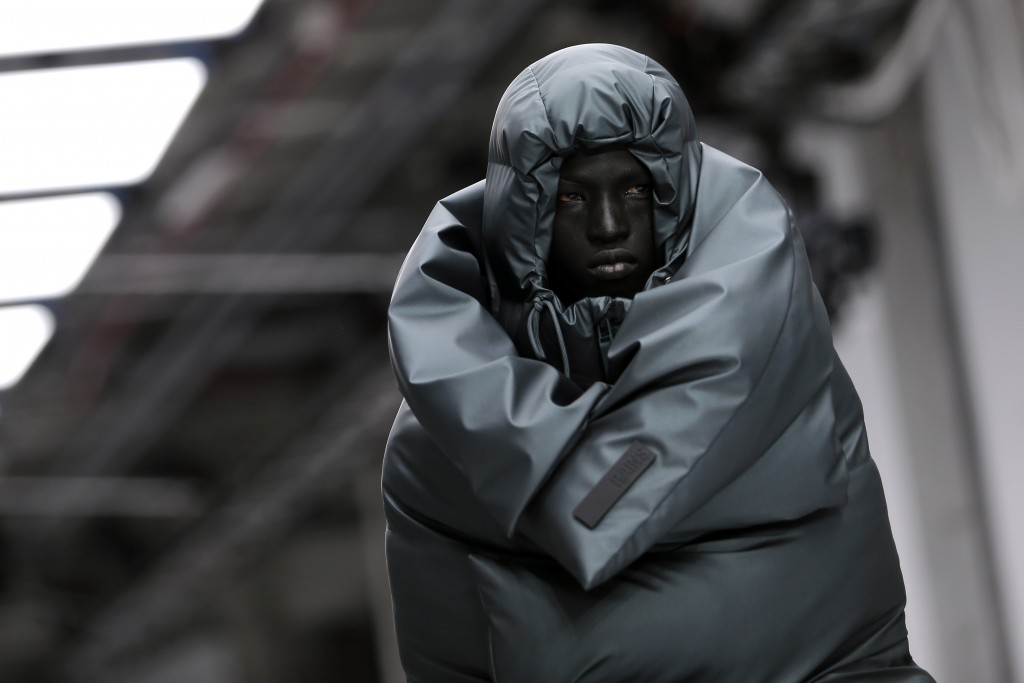 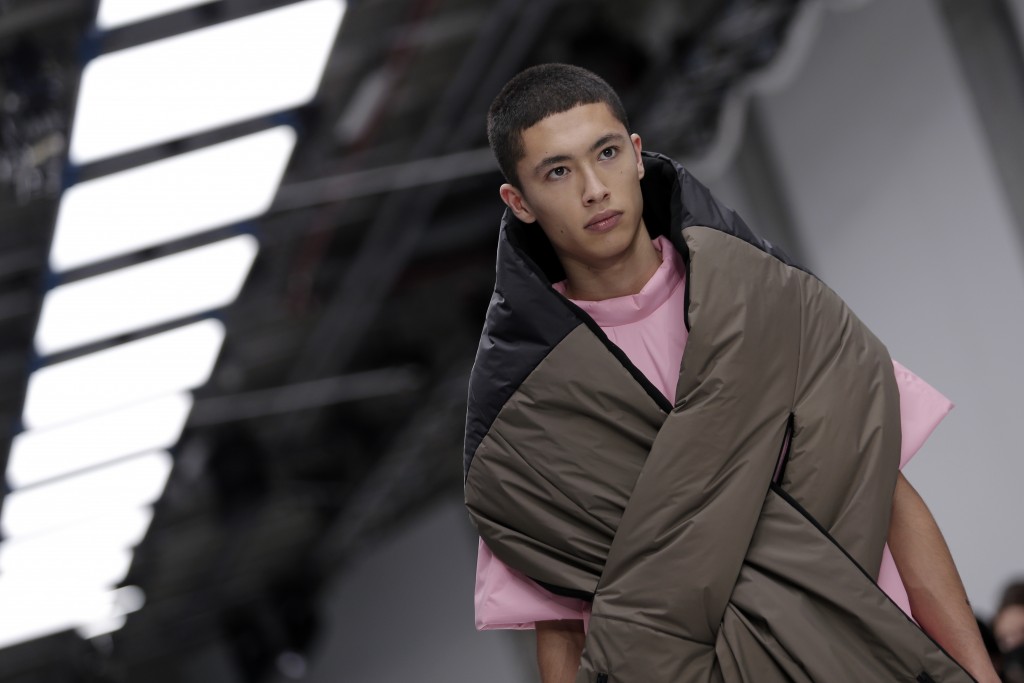 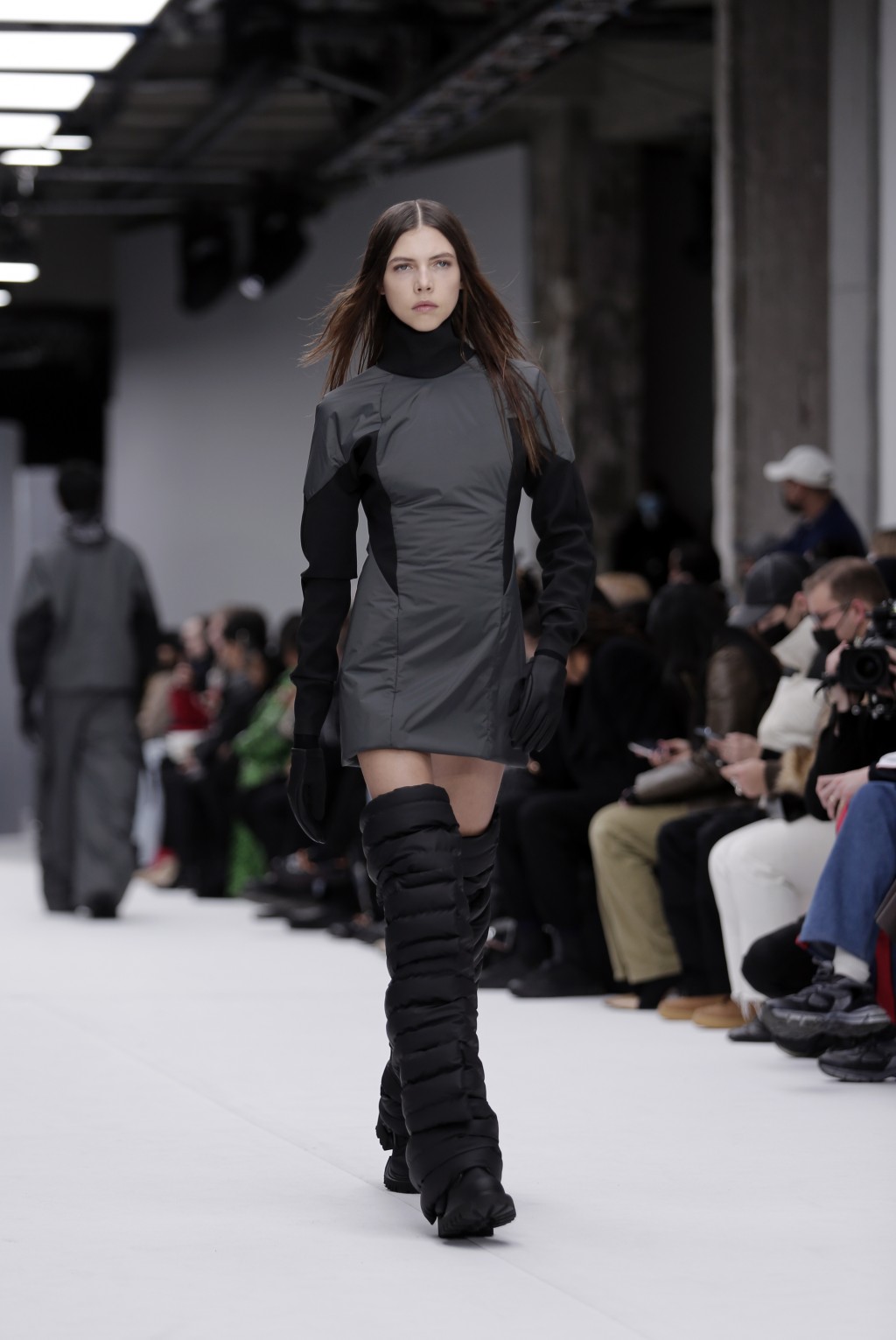 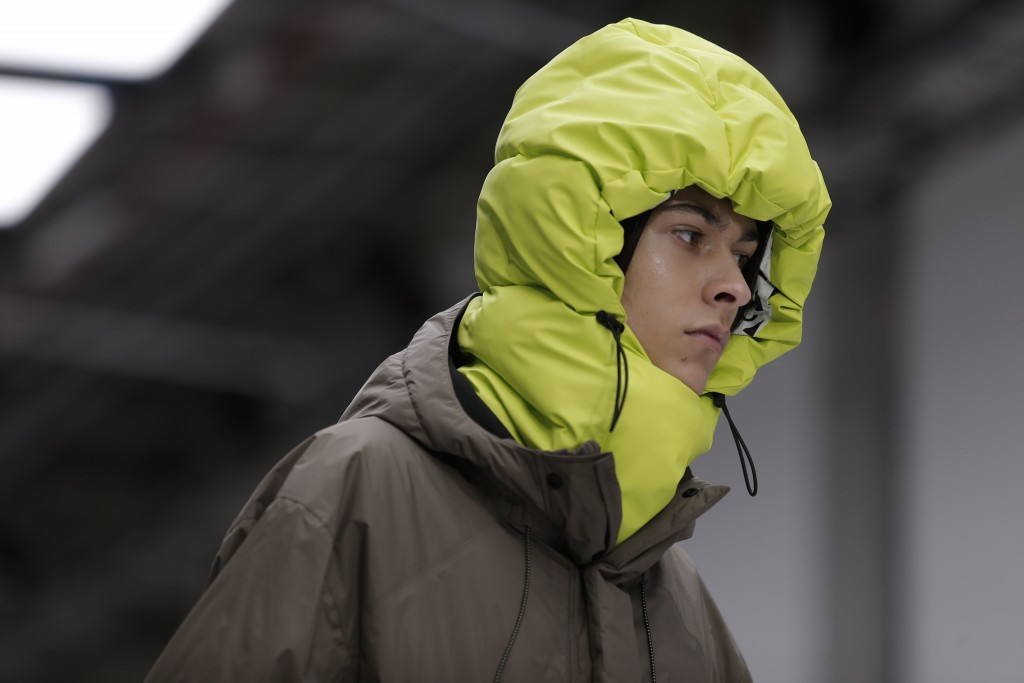 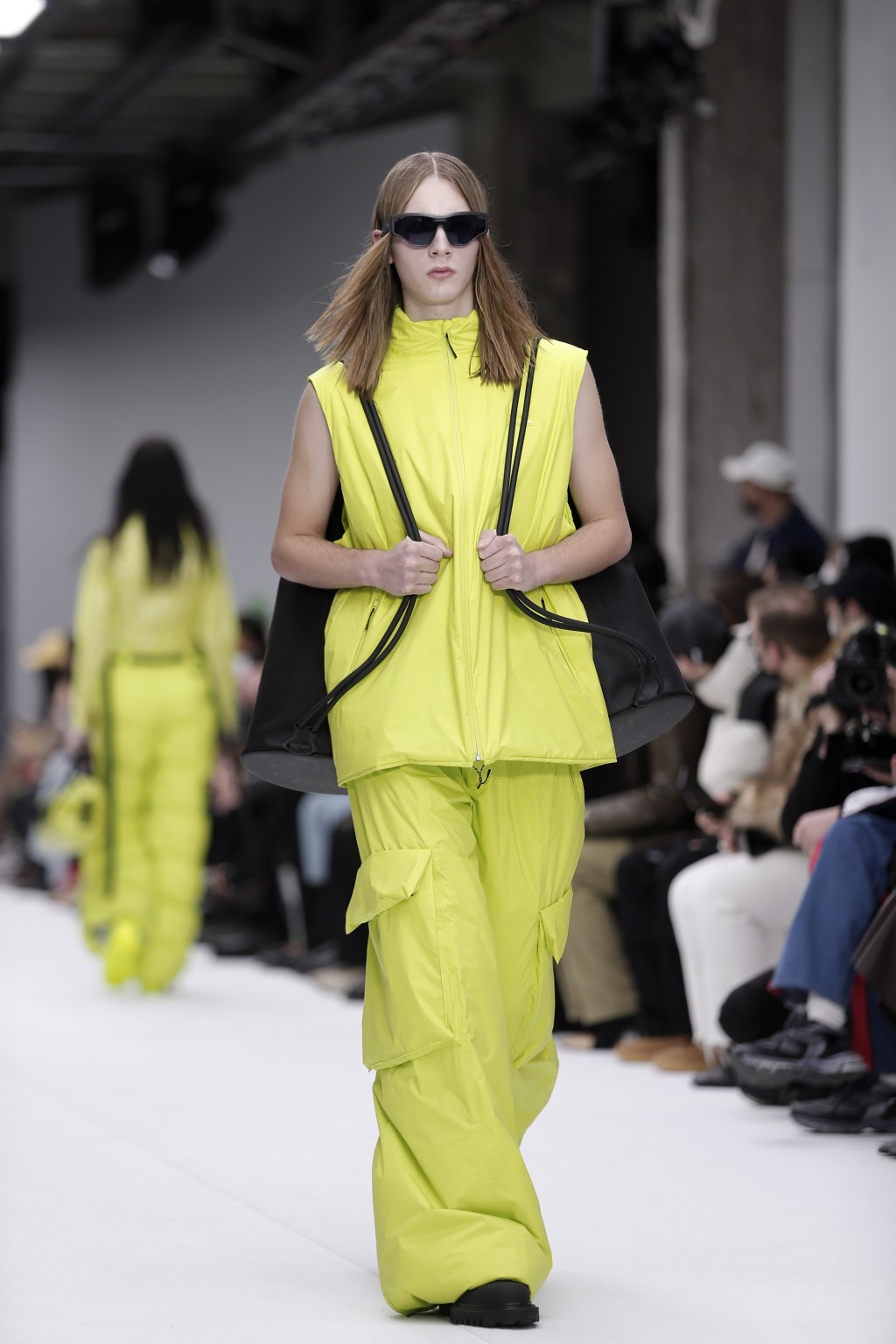 PARIS (AP) — Louis Vuitton pulled out the stops Thursday to present the final collection of Virgil Abloh, the house’s first African-American creative director who died in November after a two-year battle with cancer.

The stage of a bedroom, staircase, trampoline and smoking chimney on the central Paris runway conjured up nostalgic images evoking Abloh’s childhood, dovetailing with themes that defined his Louis Vuitton aesthetic since 2018.

Here are some highlights of Thursday’s fall-winter 2022 shows.

“Life is so short you can't wait even a day” is one of Abloh's quotes included in the show notes. It was typical of the epicureanism and optimism in this display — and the overall life and art of the Illinois-born designer.

The color-rich presentation in the Carreau du Temple in Le Marais was a fitting swansong. It began with model-acrobats repeatedly bouncing down onto a hidden trampoline and back up onto a flight of ascending stairs.

Loose peaked-shoulder suits, often long in proportion, defined much of the aesthetic which riffed on basketball attire and the street. Despite the nostalgia, the designs had a typically aggressive edge from the erstwhile collaborator of Kanye West.

Abloh's street-infused styles had marked a departure for the house from the more luxuriant styles of his predecessor, British designer Kim Jones. Now the big question is whether Vuitton will continue in Abloh's vein, or change tack again.

In a sign of Abloh's popularity, Louis Vuitton is presenting the show twice on Thursday.

Under the latest guidance from Paris authorities, there is no standing room — only seated, masked guests may attend, spaced at one-meter (3-foot) intervals, while fewer photographers than usual are allowed.

On Sunday, the French government gave final approval to President Emmanuel Macron’s plans for a vaccine pass, requiring everyone to have a certificate of vaccination to enter public venues.

Rick Owens mounted an eccentric and highly creative show that saw models with strobe lights on their heads, in a venue so dark that guests struggled to see the clothes on display.

The designs were highly inventive. A Jesus-type with naked torso, long hair and oversize chainmail began the show in platform wading boots. It was one of the least outlandish designs.

Soon, studded neck chokers, zipped hoods and headwear in puffer material appeared on models to completely obscure their faces. “Our eye has gotten used to a masked face,” Owens said in the program notes.

Woolen “drella” coats were tied around models like ponchos, just one of the many interesting oversize and trapeze silhouettes in this fun line up.

Functionality is at the heart of trendy Danish brand Rains. Designers Daniel Brix and Philip Lotko — who met at Denmark’s TEKO Design School, before founding the label in 2012 — seem to have precipitation on the mind.

The raincoat is effectively the brand’s piece de resistance. In Thursday’s show the puffer coat was the main theme, used creatively to span rainy weather to interplanetary travel.

Utilitarian toggles and straps flap about on oversize looks. Lotko has described the brand’s mission as “focusing on and elevating functional design.”

Anorak yellow was used with aplomb on several looks including a cross-over puffer shawl, which twinned the Asian style with the concept of an emergency heat blanket. It was one of many brilliant twists that served to cement the brand as an important voice in fashion forward men’s designs.