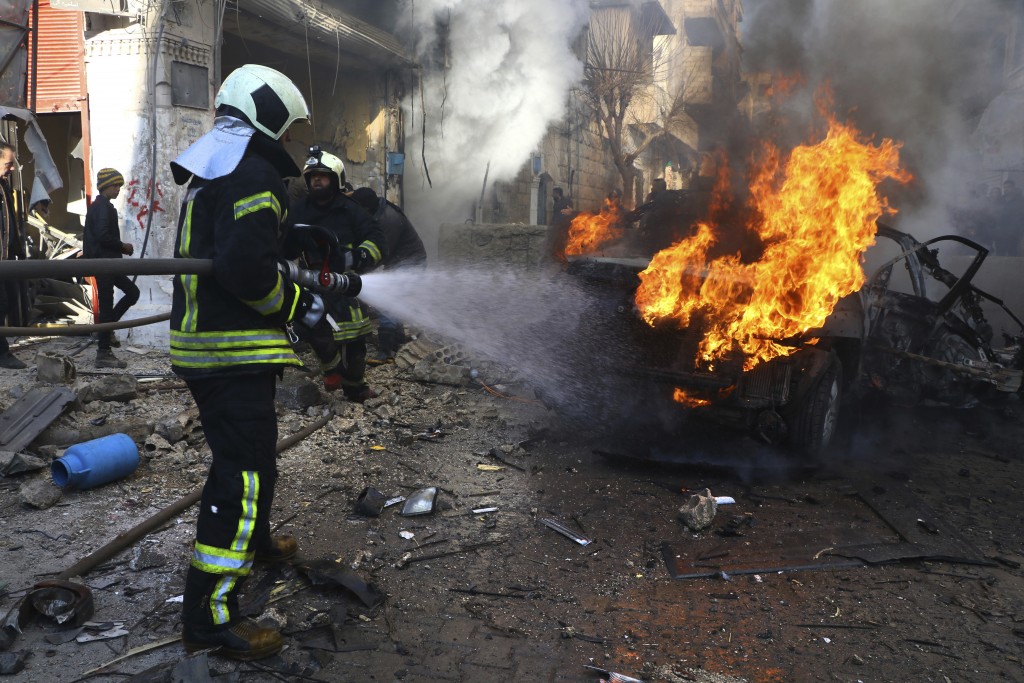 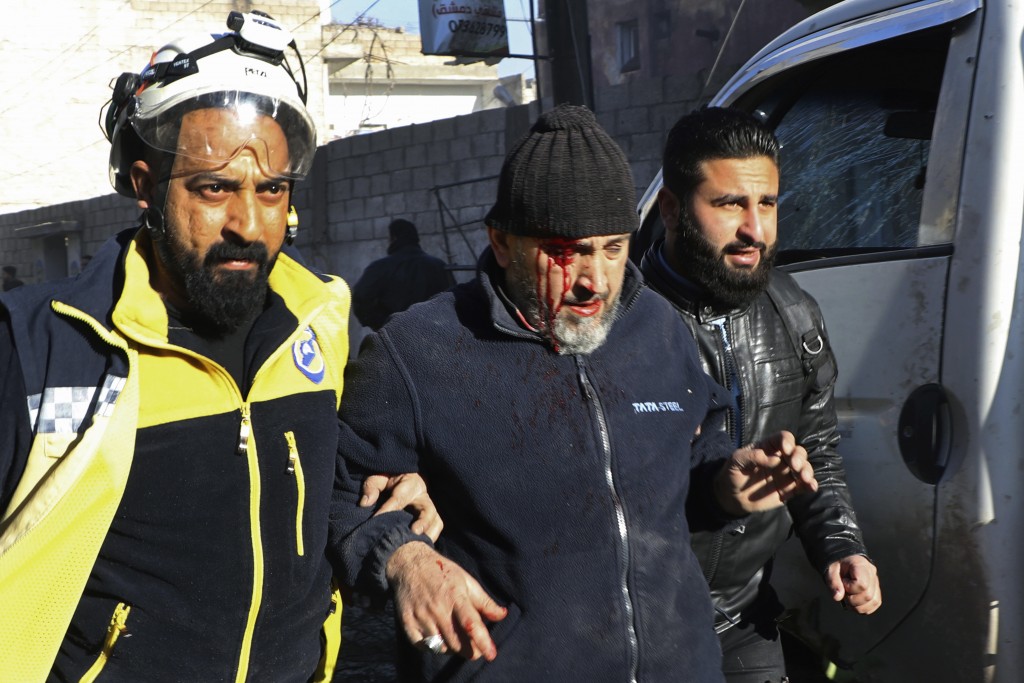 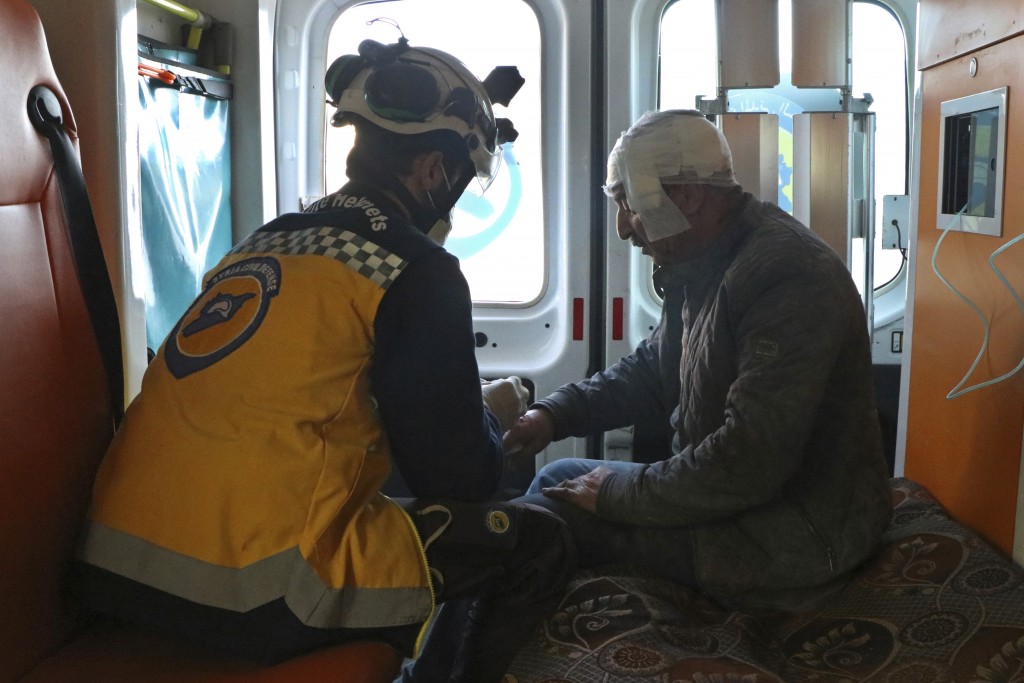 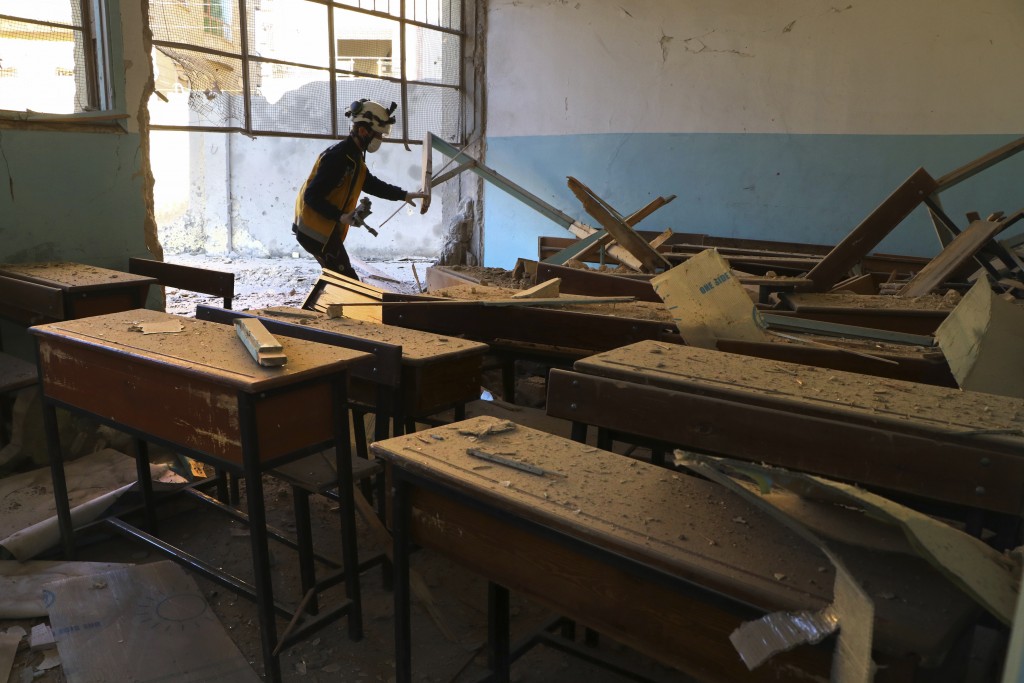 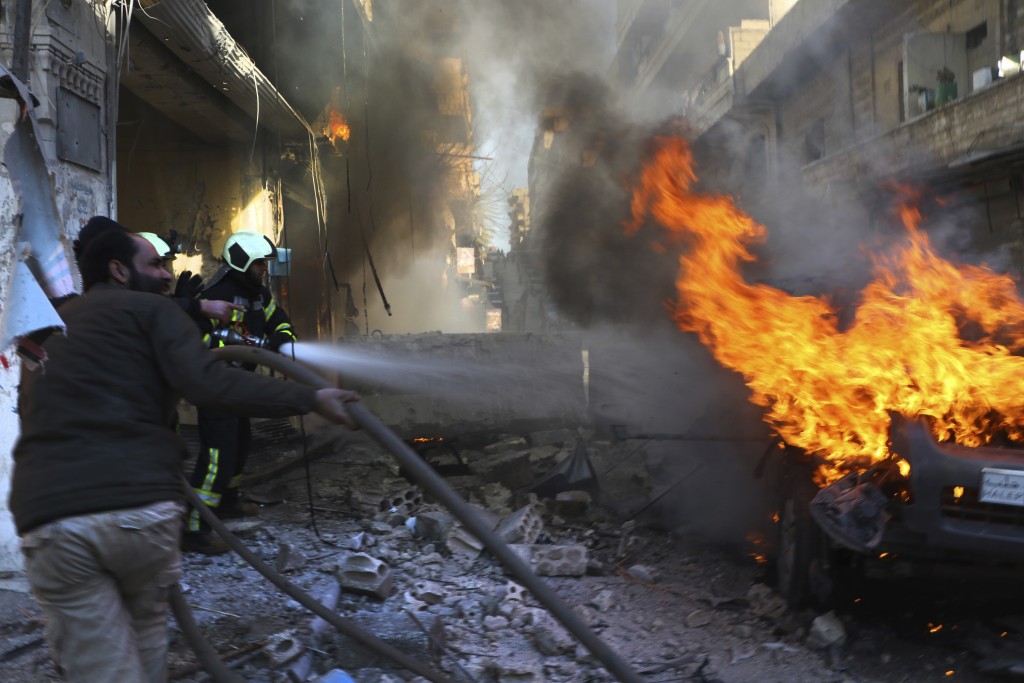 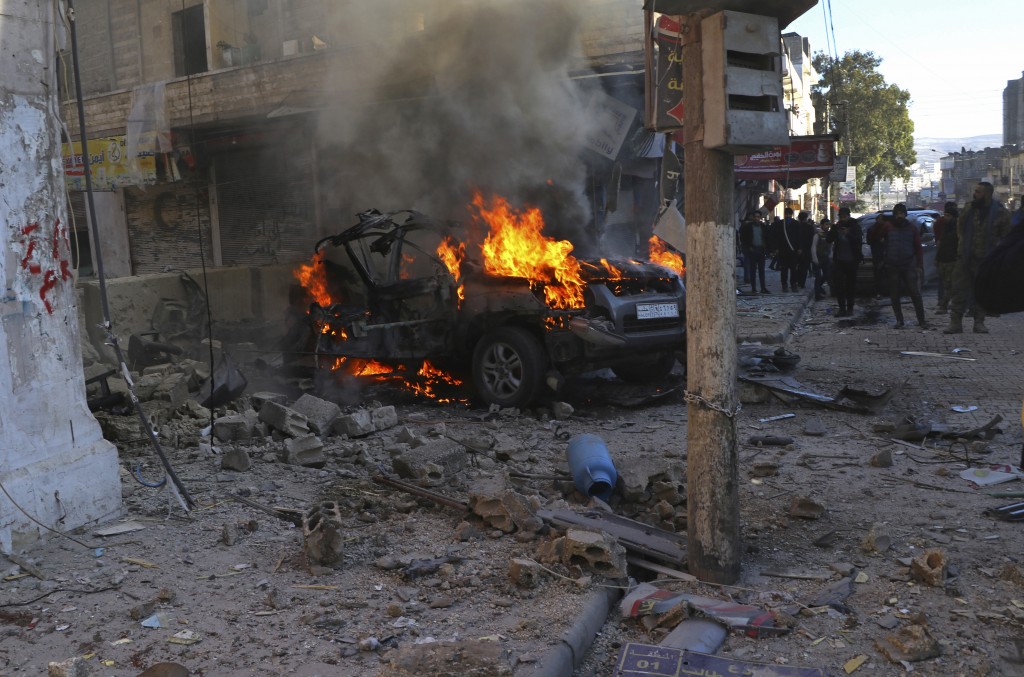 BEIRUT (AP) — A rocket attack on a northern Syrian town controlled by Turkey-backed opposition fighters killed six civilians and wounded over a dozen people on Thursday, Syrian rescuers and a war monitor said. Both blamed U.S-backed Syrian Kurdish forces for the attack.

The town of Afrin has been under control of Turkey and its allied Syrian opposition fighters since 2018, following a Turkey-backed military operation that pushed Syrian Kurdish fighters and thousands of Kurdish residents from the area.

Since then, Afrin and surrounding villages have been the site of attacks on Turkish and Turkey-backed targets. Ankara considers Kurdish fighters who control a swath of Syrian territory along Turkey's border to be terrorists, allied with Kurdish insurgents within Turkey.

Turkey has carried out three military offensives into Syria, mostly to drive the Syrian Kurdish militia away from its border.

The White Helmets, a Syrian civil defense group operating in opposition-held areas, said the rockets also caused a fire in a residential area of Afrin which its volunteers put out. In a White Helmet video, rescuers are seen pulling a burned, lifeless body from a damaged building as others are putting out a raging fire that also left a couple of vehicles charred.

The Britain-based Syrian Observatory for Human Rights, a war-monitoring group, also put the death toll at six, saying two children were among the killed and 30 people were wounded.

Syrian Kurdish fighters were allied with the U.S.-led coalition in the fight against Islamic State militants who captured a third of Iraq and Syria in 2014. IS was defeated and Kurdish forces have since created an autonomous administration in northeastern Syria, where a small U.S. force is still based.

Also Thursday, the Kurdish-led forces reported an attempted escape from a prison in northeastern Syria that holds IS militants. According to the report, militants first started to riot inside Gerwan Prison in the city of Hassakeh, which houses about 3,000 prisoners.

This was followed by a car bomb, which was detonated in a facility for storing and distributing petroleum products close to the prison. Clashes ensued with security forces in the area.

According to a statement by the U.S-led coalition, coalition aircraft provided support for the Kurdish-led forces, known as the Syrian Democratic Forces, which sustained casualties during the attack.

“Coalition aerial assets quickly began supporting operations to stabilize the situation through a coordinated strike against the hostile forces,” the statement said, without providing further details.

An SDF spokesman, Farhad Shami, said it was not immediately possible to confirm if anyone escaped from the prison. He said tens of IS militants who tried to attack the prison were hiding in neighborhoods near the prison. An SDF statement said the militants were believed hiding in residential homes and a security cordon was imposed on the area. It said the riots in the prison were under control.

Kurdish authorities run more than two dozen detention facilities, scattered around northeastern Syria, holding about 10,000 IS fighters. Among the detainees are some 2,000 foreigners. The Kurdish-led forces, backed by the U.S-led coalition, declared a military victory against IS in 2019 after seizing control of the last sliver of land the militants controlled in southeast Syria.

Since, the Kurdish authorities have asked countries to repatriate their nationals, saying keeping thousands in crammed facilities is putting a strain on their forces. Prison riots are not uncommon.