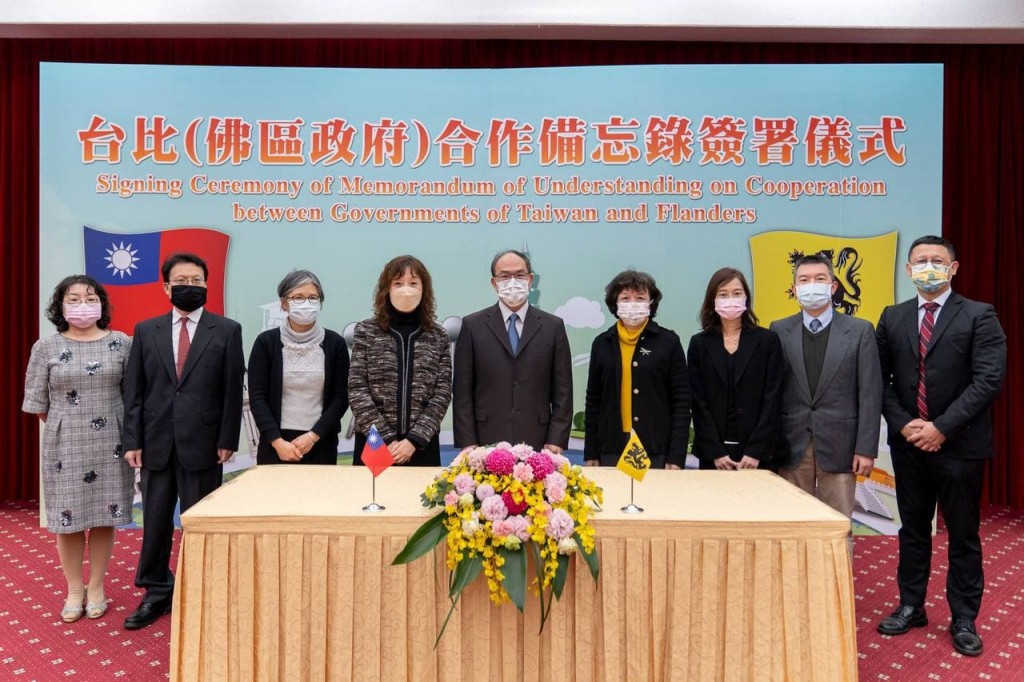 The MOU includes six agreements between Taiwan and the Flemish government in the areas of investment, renewable energy, education, employment and vocational training, and public health and science, according to a Ministry of Foreign Affairs press release. It also establishes a joint commission to regularly review bilateral cooperation and expand cooperation to other mutually beneficial fields such as the digital economy and network security.

Ministry of Foreign Affairs Deputy Minister Harry Tseng Hou-ren (曾厚仁), who attended the signing ceremony virtually, said that Taiwan and Flanders signed this framework MOU to carry out a new chapter of friendly relations between the two sides. He said that both Taiwan and Flanders are facing multiple challenges, including climate change and post-pandemic recovery, but they also have high-quality human resources, flexible small and medium-sized enterprises, and innovative cultures.

This enables them to have a strong future in biotechnology, circular economy, and green energy.

Flanders Department of Foreign Affairs Secretary-General Julie Bynens, who also attended the ceremony virtually, highlighted the close relationship between Taiwan and the Flemish government. She added that close economic and trade relations over the years as well as the signing of six agreements and memorandums since 2014 have all demonstrated that bilateral ties have become more stable.

Bynens said with the establishment of the joint commission, relations between Taiwan and Flanders will be deepened further.